Poppies and birthdays – The Ordinary Moments 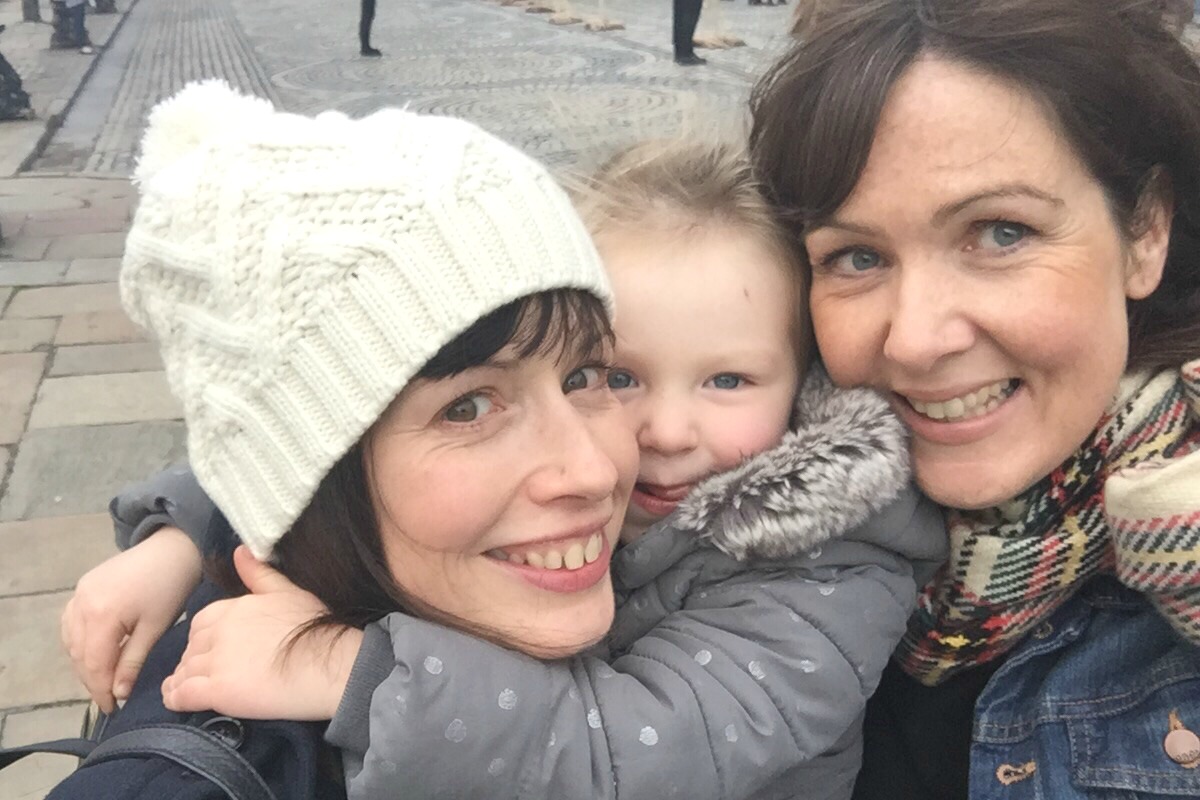 It was my sister Katie’s birthday last week and we marked it by having a day out in Liverpool with my little girl, the only one of our children young enough still not to be at school.

So much has happened since I wrote about her birthday last year and I was reminded of this by Facebook, which likes to bring out the photos and memories we posted on the same day in recent years. And so it was that I was shown a photo of Rog and I with wide smiles at her 40th birthday party, looking so happy and carefree. I actually remember feeling so lucky then that his health was improving, and we’d managed to get dressed up, go out together and sink a few cocktails (well only me on that front, those margaritas were so good!)

Who would have known then that a year later he would be gone? It doesn’t even bear thinking about now. It’s at times like these that indulging in some of the ordinary moments seems like the only way to carry on, and this seems even more poignant in light of what happened in Paris last Friday night. Ever since I have felt so sad, worried and anxious, knowing that this is the kind of world we have brought our children into and the kind of threats that we face. Perhaps the only way to deal with it is by focusing on all that’s good in our own lives – the innocence of our children, the simple pleasures in life, those day to day moments of joy.

I’ve written about these before, when Rog was able to come home from the hospice for the first time. What happened to our family has changed me, how can it not when you see the love of your life, the father of your kids, pass away? There’s a strange strength that comes with thinking the worst has already happened. Then something like this occurs, and you know there’s plenty more evil in the world to go round. 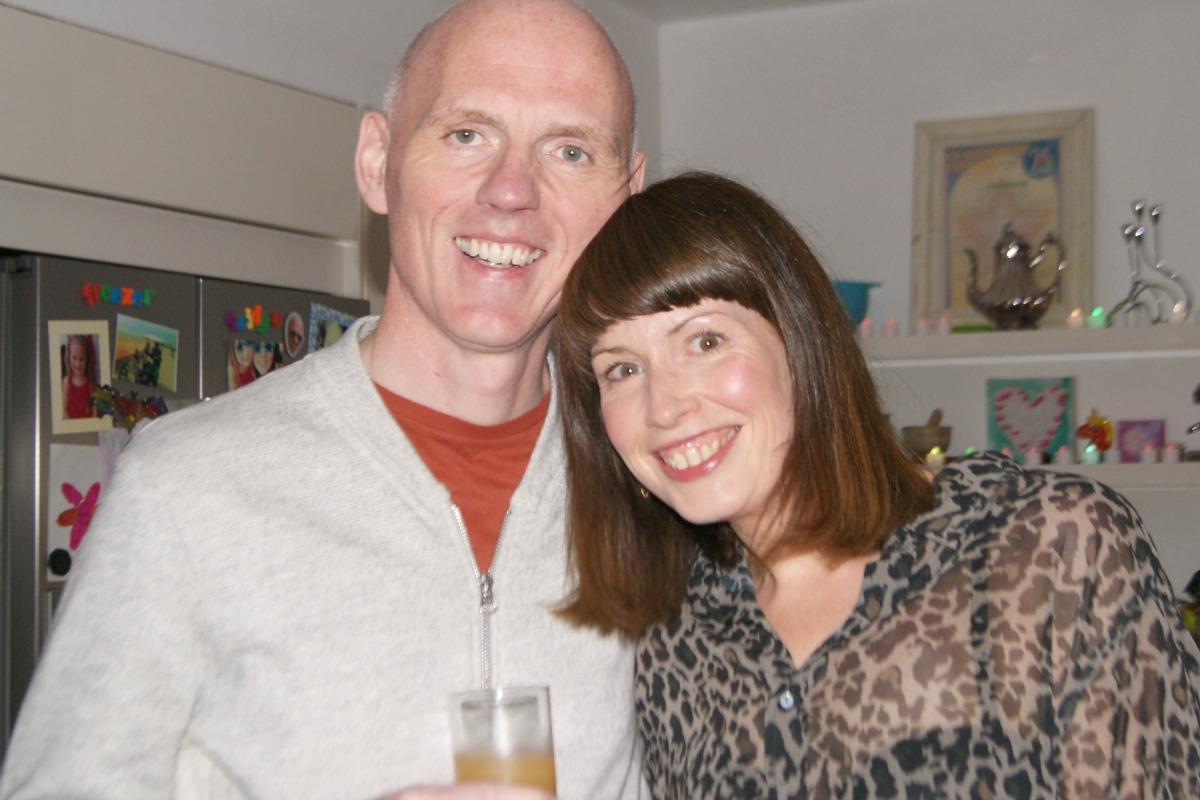 Last week, we went to see the Weeping Window installation of poppies at St George’s Hall, and I found that quite an emotional sight even before all this happened to be honest. When we arrived there was quite a crowd gathered but a stillness and contemplation which I found really moving. That stillness didn’t last long with Florence around though, who absolutely loved seeing the poppies and tried many times to climb over the sandbags to reach them. You only have to look at her face in these photos to see how much fun she had. Pretty infectious when you’re around that all the time, she truly is my little tonic, my little doll and I’m so grateful that I have her here. She was so pleased to have her Auntie Katie with us too, and demanded she pushed her in the buggy (which I managed to persuade her into) as we walked through the city.

We had a real girlie outing including splashing out on some new make up after a little surprise makeover in Marks and Spencer’s. We’d only popped in quickly but ended up staying for ages perusing the make-up brands and having a really nice time trying out some of the products from Pixi by Petra. Their counter is pretty new in there and well worth a visit. The products are really nice and I’m loving the sheer cheek gel and lip colours. So was Flo, as you can see on the photos! 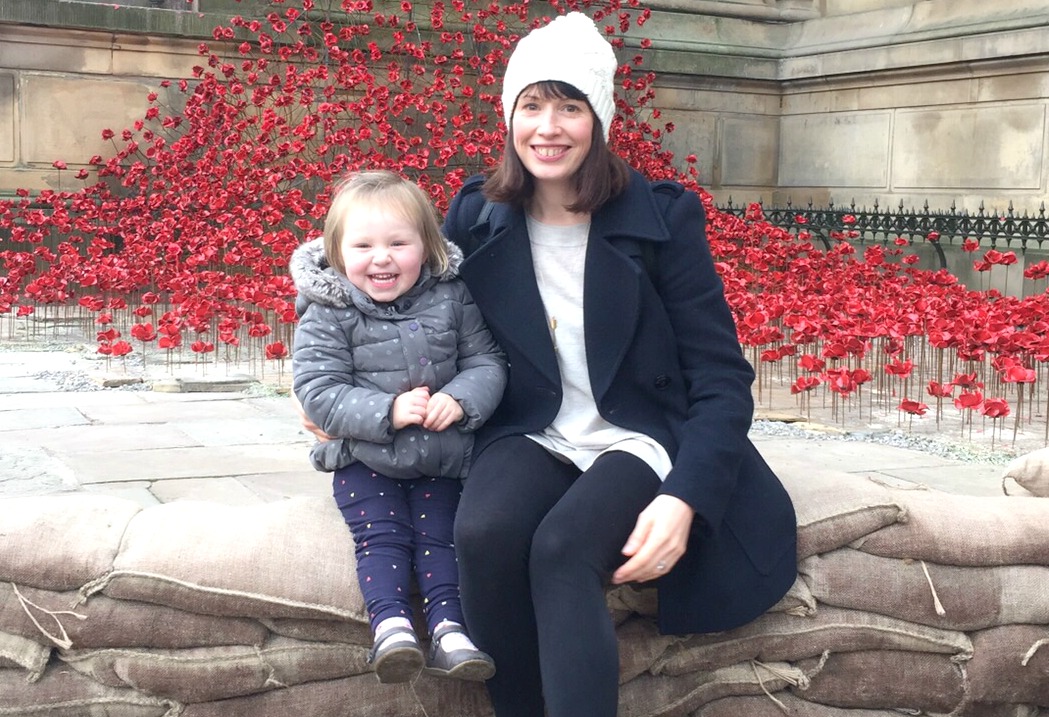 We then went to one of my favourite lunch venues in Liverpool, Leaf on Bold Street, for some of my favourite tea – Lavender Grey – and a fab lunch, complete with birthday chocolate brownies.

It was such a lovely day, and one which I hope we can repeat soon. PS, I’ve added the photo of Rog and I from last year, just because I love it so much. 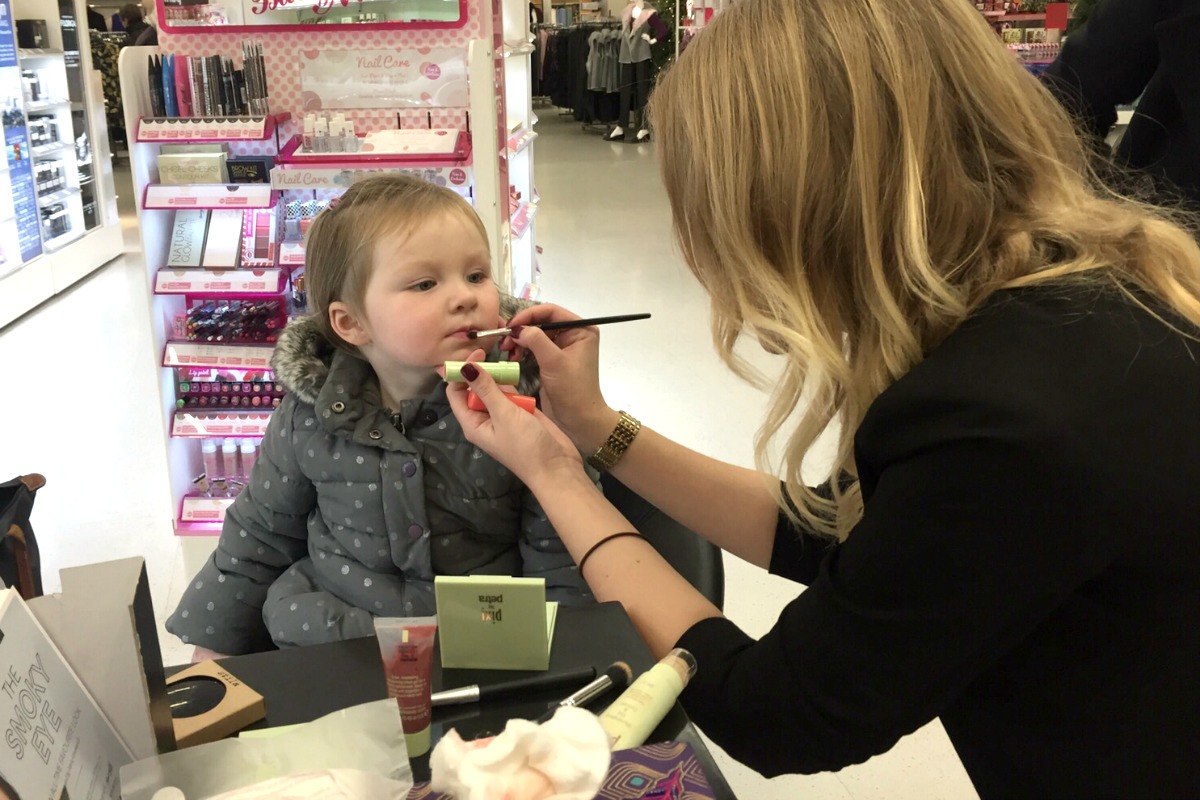 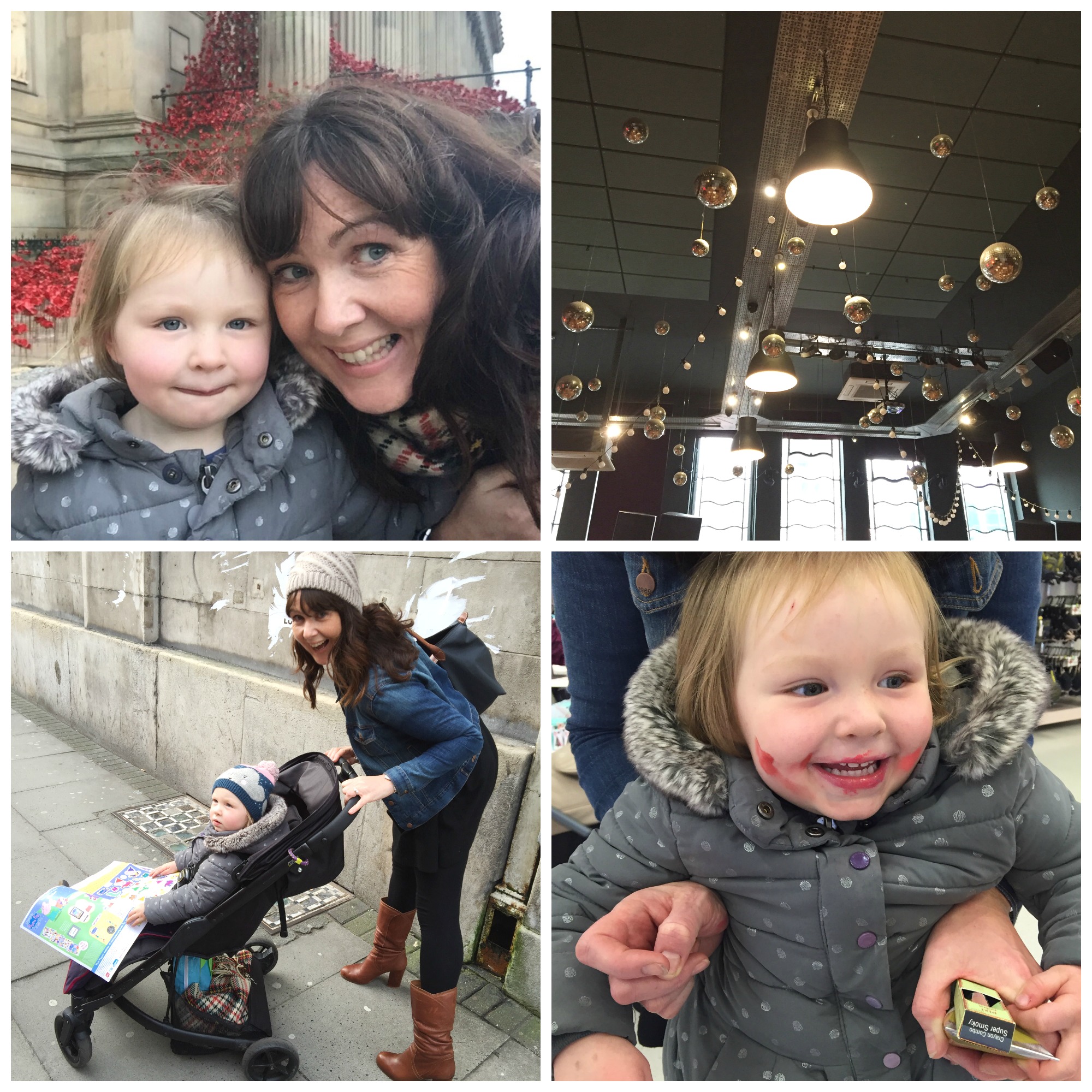 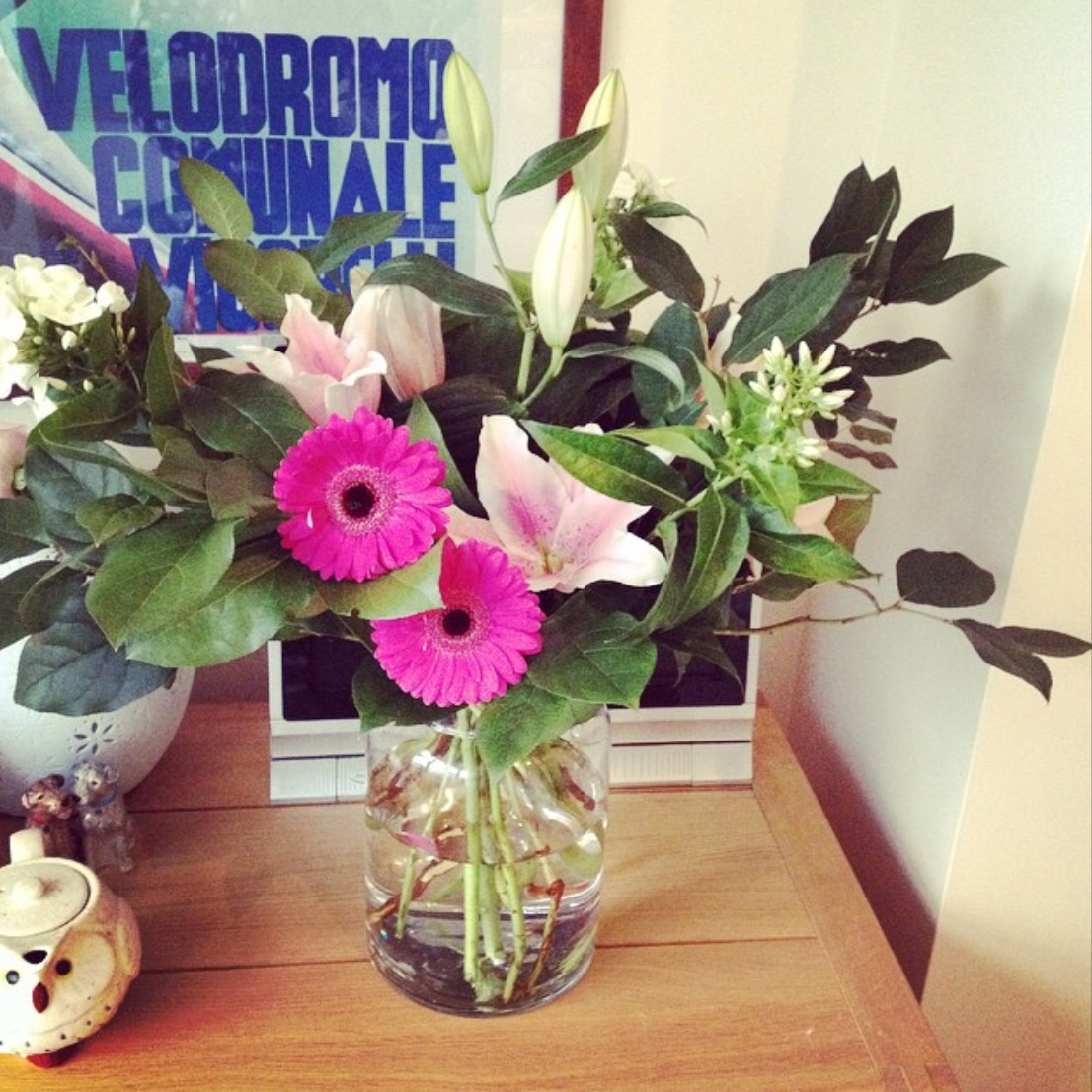 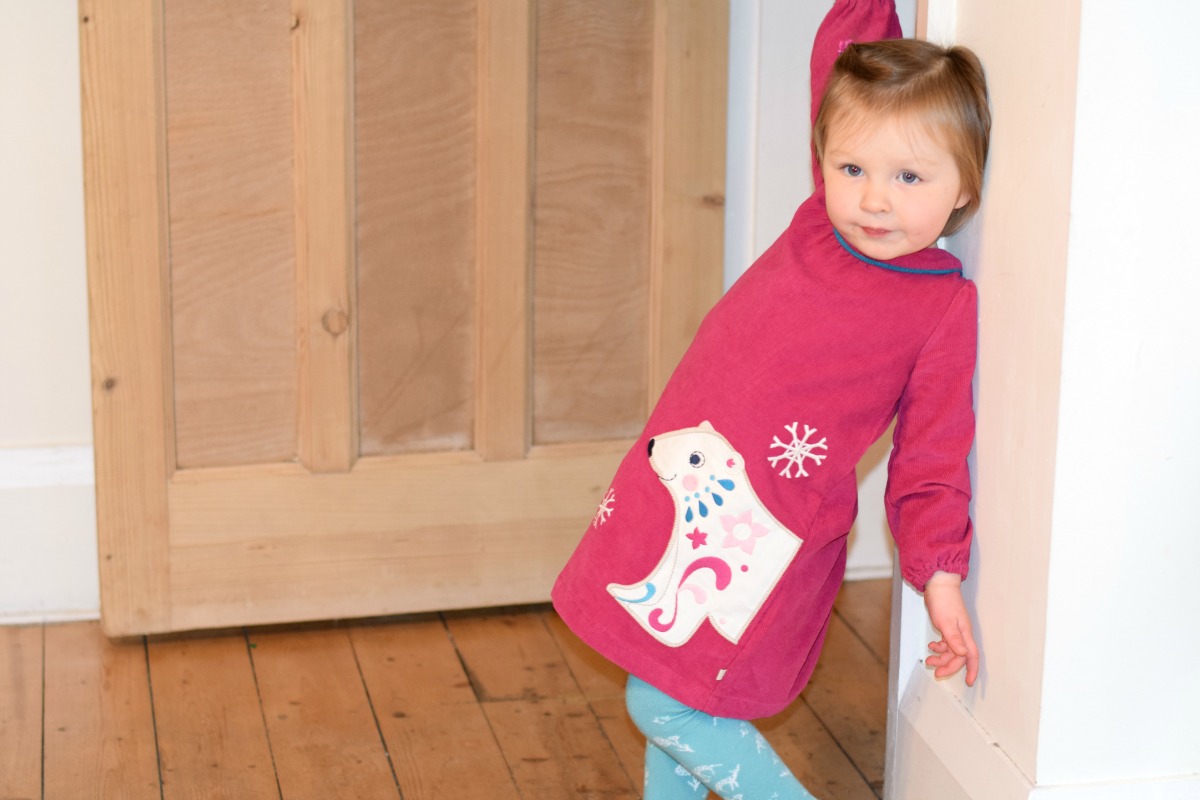 Five under £5 for November

This is the third of my Five under £5 posts, and I have to say I've become quite addicted to...