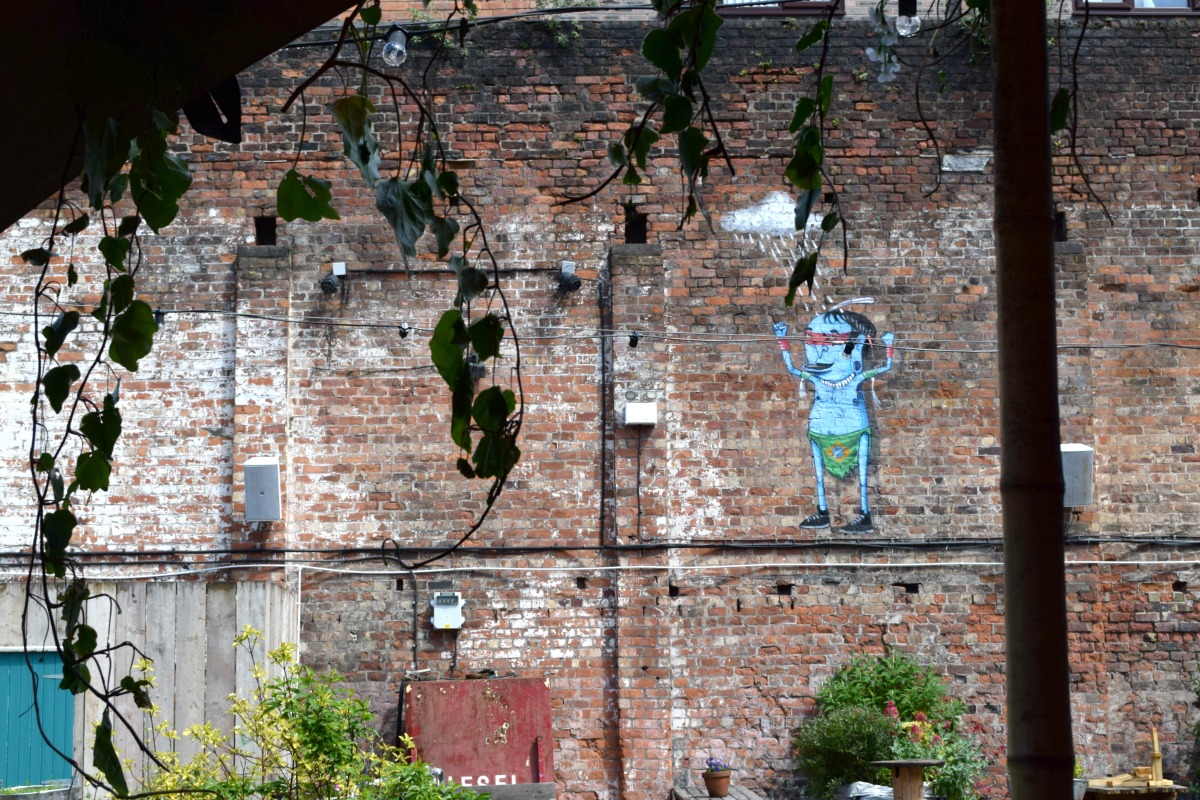 Raving with your kids? What a fab idea, as I found out when I went to the Big Fish Little Fish family rave in Liverpool last weekend.

You see once upon a time, I was a bit of a raver. As a teenager in the 90s I used to tape Pete Tong on Radio 1 on a Friday night, then listen back to it all week and save up for the occasional trip into Leeds with my mates for a night out at the Warehouse, Back to Basics or Hard Times.

When we were skint, we’d stay closer to home and drink cider in our friend’s bedroom while he worked his magic on the decks and DJ’d at our local club The Trav (since transformed into Ilkley’s chi-chi cinema).

When I moved to Manchester, I had places like Sankey’s Soap, the Hacienda and nights like Megadog (how ace was that?) on my doorstep and being 20 and able to handle it, an all-nighter was my perfect night out. 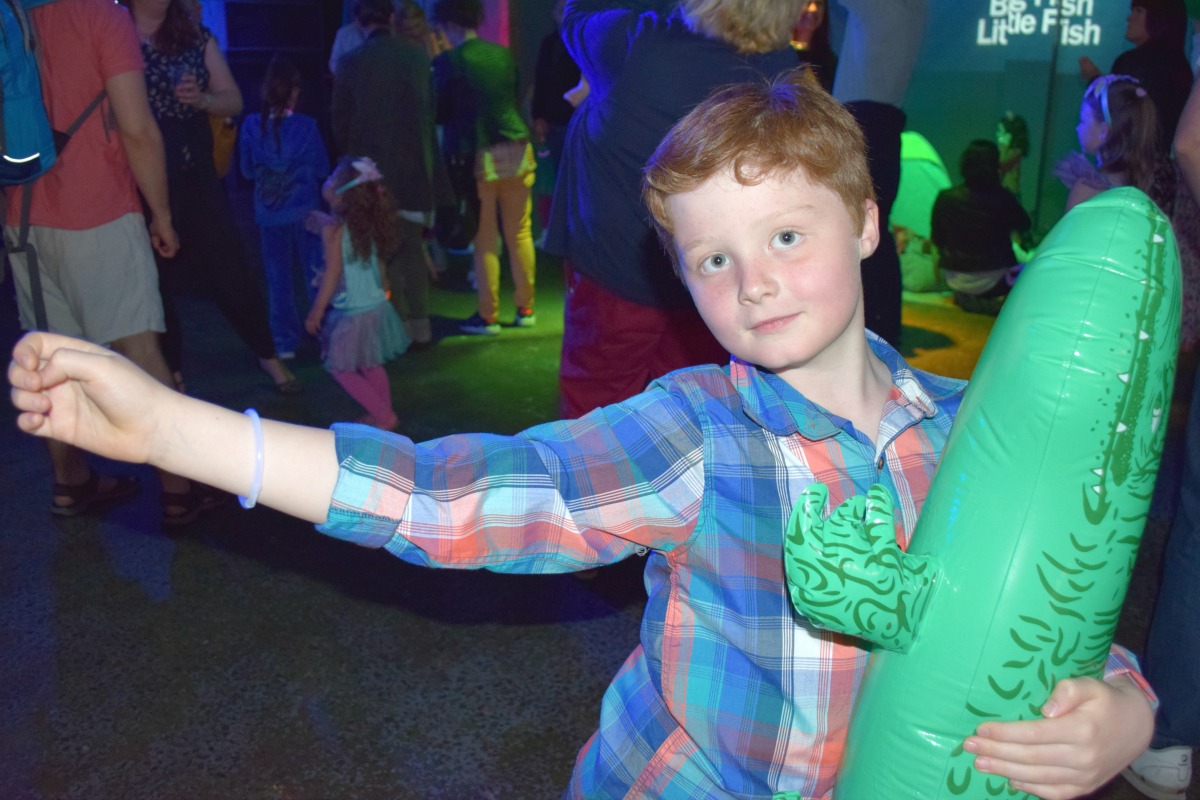 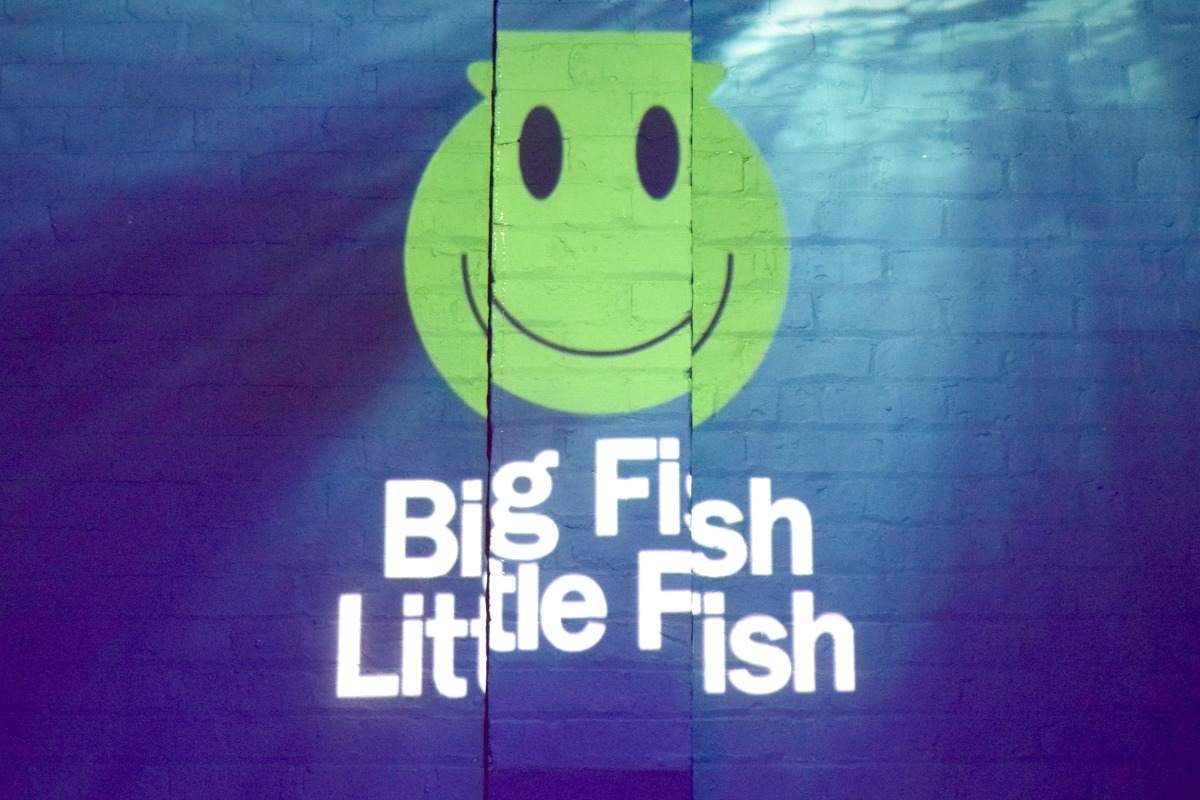 Fast forward 20 years *record scratch* and nights out like this just don’t happen anymore. The only all-nighters I pull are the ones where my kids don’t sleep or I lie awake worrying about life, love (or lack of) and the universe. The following day, I can’t have a lie-in and go out for hair of the dog; I have to do stuff, look after little people, be a mum.

Walking into the Big Fish Little Fish family rave felt just like I was back in those dance music days, and it felt good!

As we arrived at Constellations in Liverpool and walked through the courtyard entrance, we said hello to the organisers and Sam and Flo were given a glowstick bracelet each before we made our way inside. 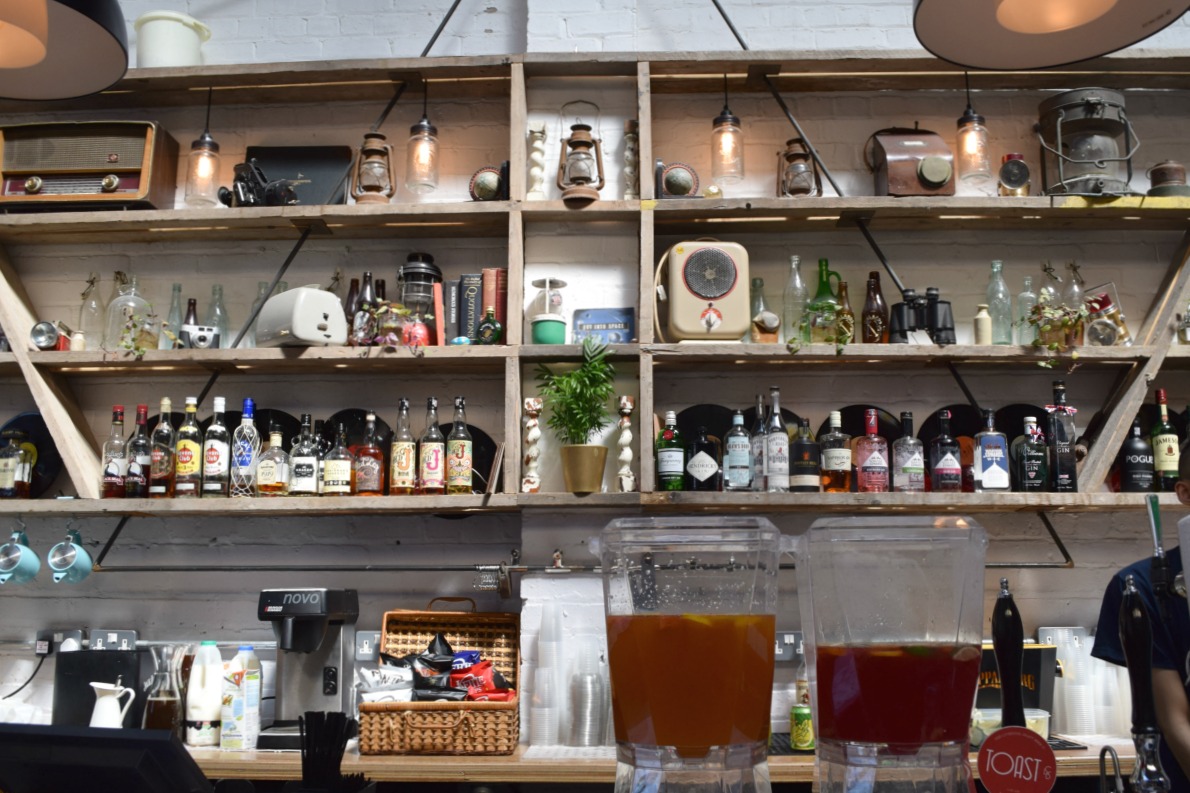 We went through the warehouse-cool bar area before heading onto the dancefloor with deep, dark house music making the walls throb and the whole place come alive.

This place was ace! I could have been back there in the 90s, only this time, I wasn’t on an all-nighter with my mates – I was out dancing the afternoon away with my kids.

The event had an under the sea theme, so we were surrounded by lots of people happily dressed up as mermaids, pirates, and fish (one lady behind the bar was wearing an impressive seashell hat). There was a real festival vibe and all obviously just so child-friendly.

To the side of the dance room there was a kind of soft play area with tents and tunnels; on the other side was a long paper mural to colour in. In the bar ‘chill out’ zone there was a table for playing with play doh, a craft table where the kids could make headdresses with sea-like flowing ribbons and sparkles on; and all-important for my son, a kid-friendly snack zone selling ice lollies, drinks, popcorn and nachos (the nachos, by the way, were amazing).

A mermaid walked the room selling pots of fruit salad, more lollies and drinks from a basket, and nearby a man applied little tattoo transfers to the children’s arms. 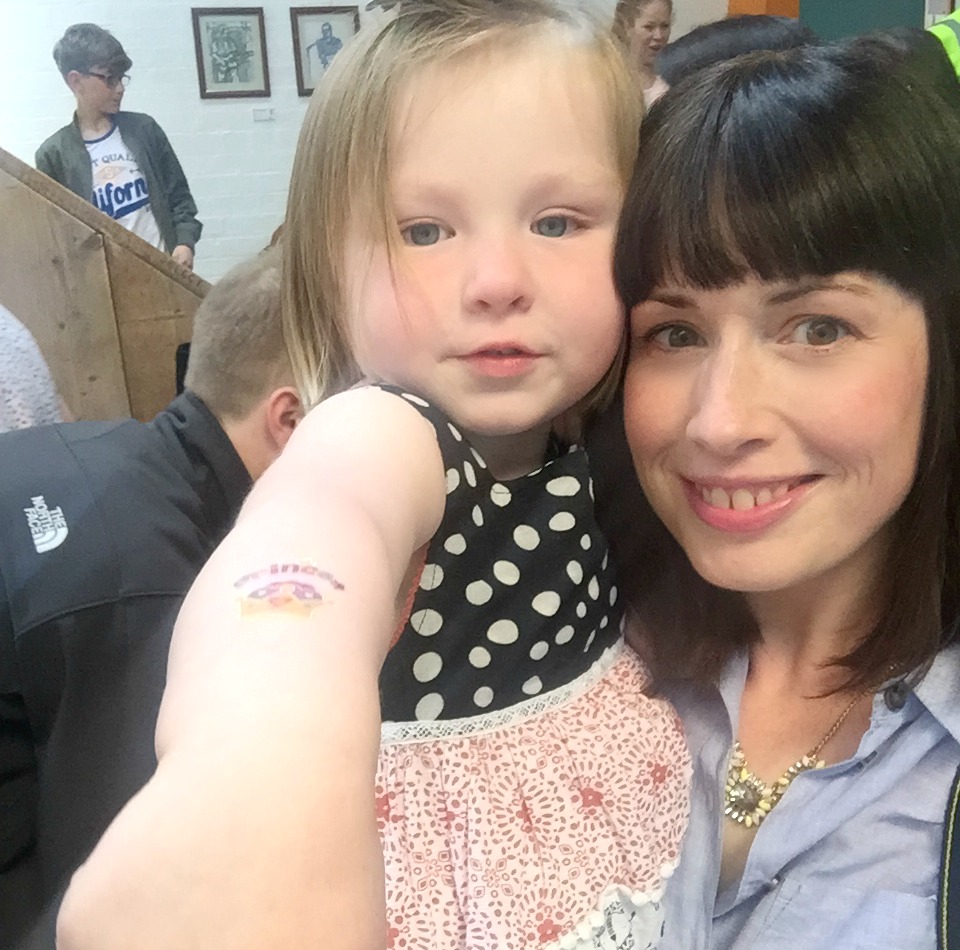 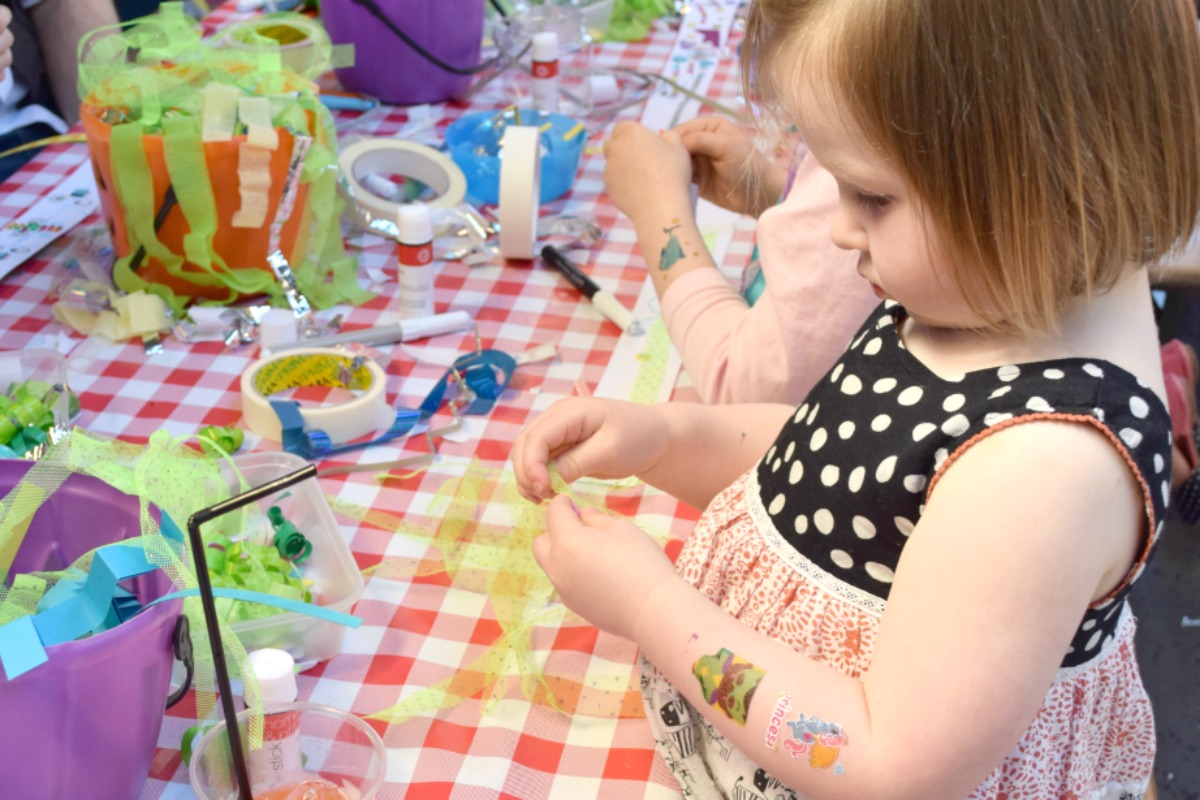 This was a highlight for Florence, who managed to get three tatts on her arms, one of which she’s still refusing to let me wash off. There was face painting on offer too and although it was really beautifully done, the queue was pretty long so I had to persuade Flo out of it (hence so many tattoos).

One of things I generally struggle with when I’m out with both of my children, is that they both want to go in different directions and it’s hard to keep an eye on them both at the same time. They played play doh for a pretty long time together which was good, but then Sam wanted to head back outside to play table tennis with some friends he’d made, and Flo wanted to stay inside, have a dance and make some mermaid-y things.

This left me running between the two – not a bad thing as it meant I managed to get a good look around and bump into some friends along the way – but I was glad I had my friend Karen around so we could take it in turns to keep an eye on our offspring.

Flo loved getting down on the dance floor but as she’s not quite three her attention span wasn’t quite as long as mine was for raving, sadly, and as soon as we got going she’d be off! This is clearly just an issue with taking a toddler out anywhere, they’re so fast and fearless, aren’t they?

One thing we all loved though was the parachute dance at the end, where the grown-ups held a huge parachute above everyone’s heads and we all partied underneath. There were lots of squeals coming from the mini ravers and so many smiles everywhere. 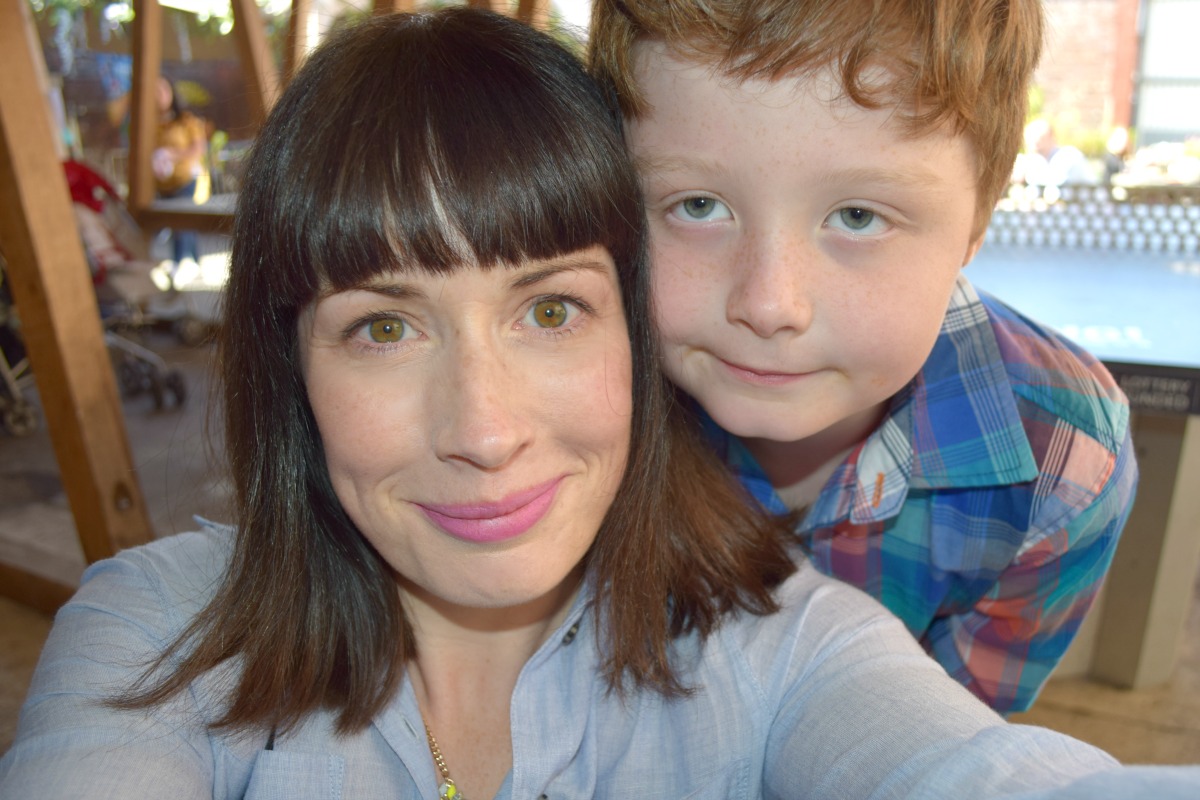 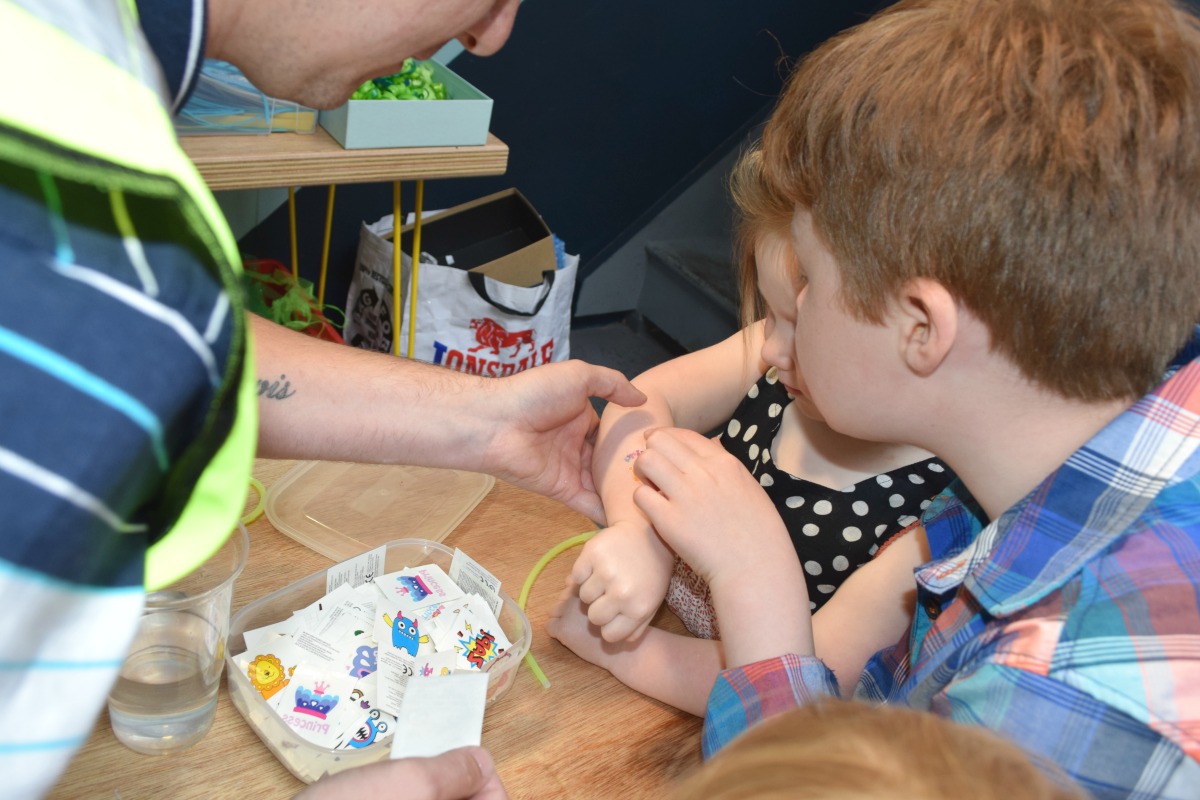 The whole event had such a happy, fun feeling to it I would definitely go back. I reckon next time though I’d try to get them to spend more time on the dance floor so I could relive my dancing days and you know, maybe teach them a few moves?

Big Fish Little Fish has held events in several venues around the country so far, such as Manchester, Birmingham, London, Glasgow and Bristol. Called the 2-4 hour party people because the raves go on between 2 and 4 in the afternoon, I left thinking what an absolutely brilliant idea. Most of the adults looked like they were ready to keep going and some probably did!

I really hope they come back to Liverpool soon – after all, going out with kids has never been so parent-friendly. 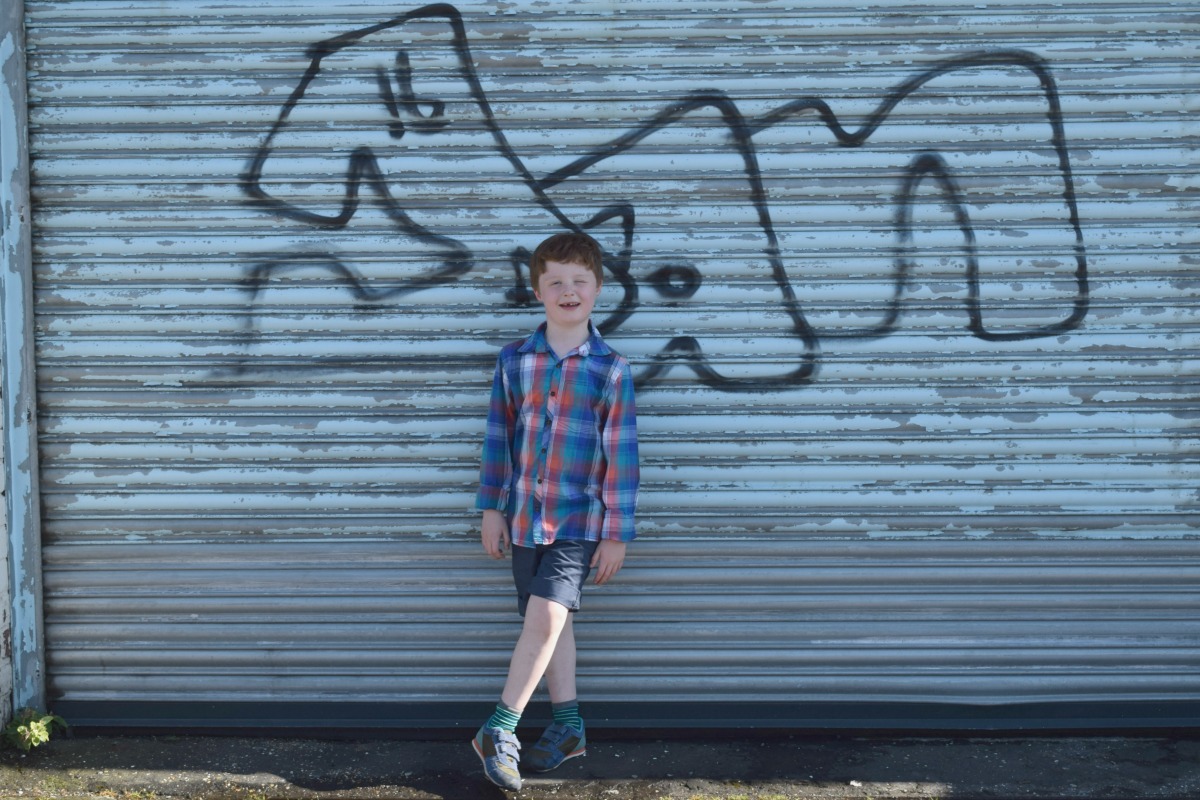 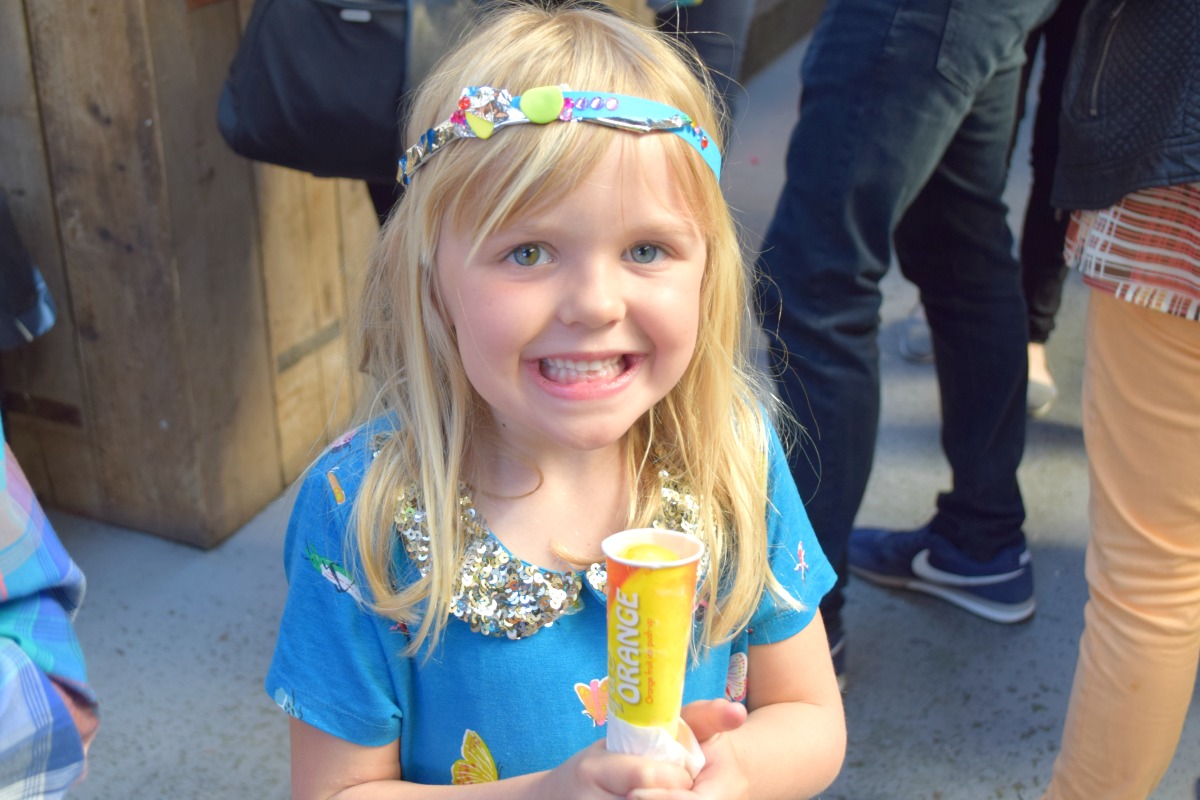 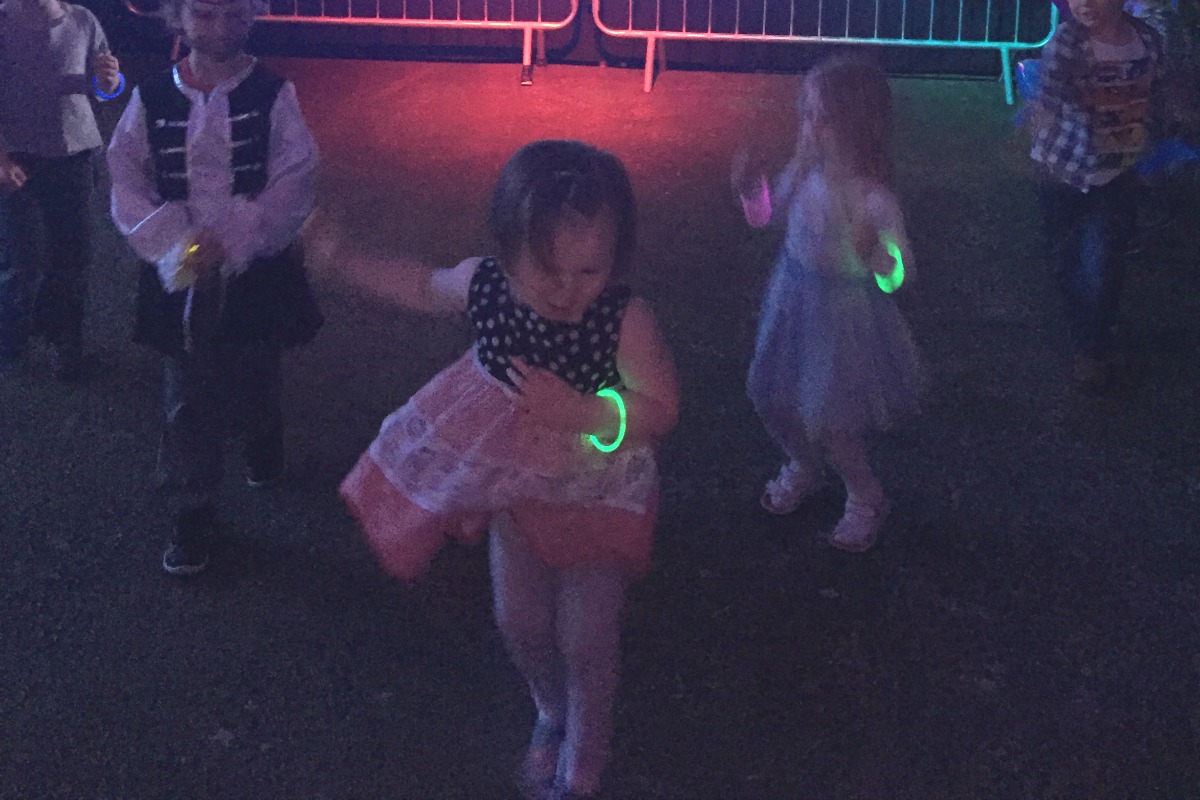 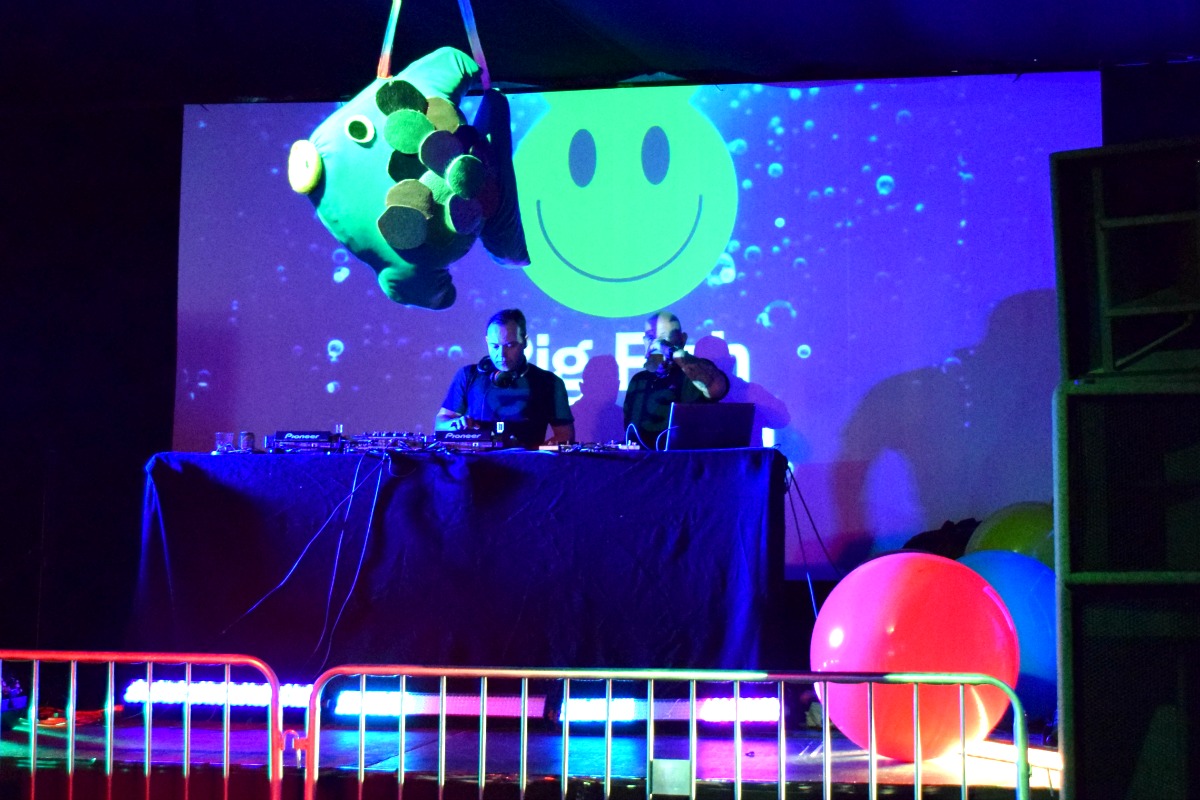 We spent a day in Whitby while we were on holiday in North Yorkshire last month. It was the beginning...