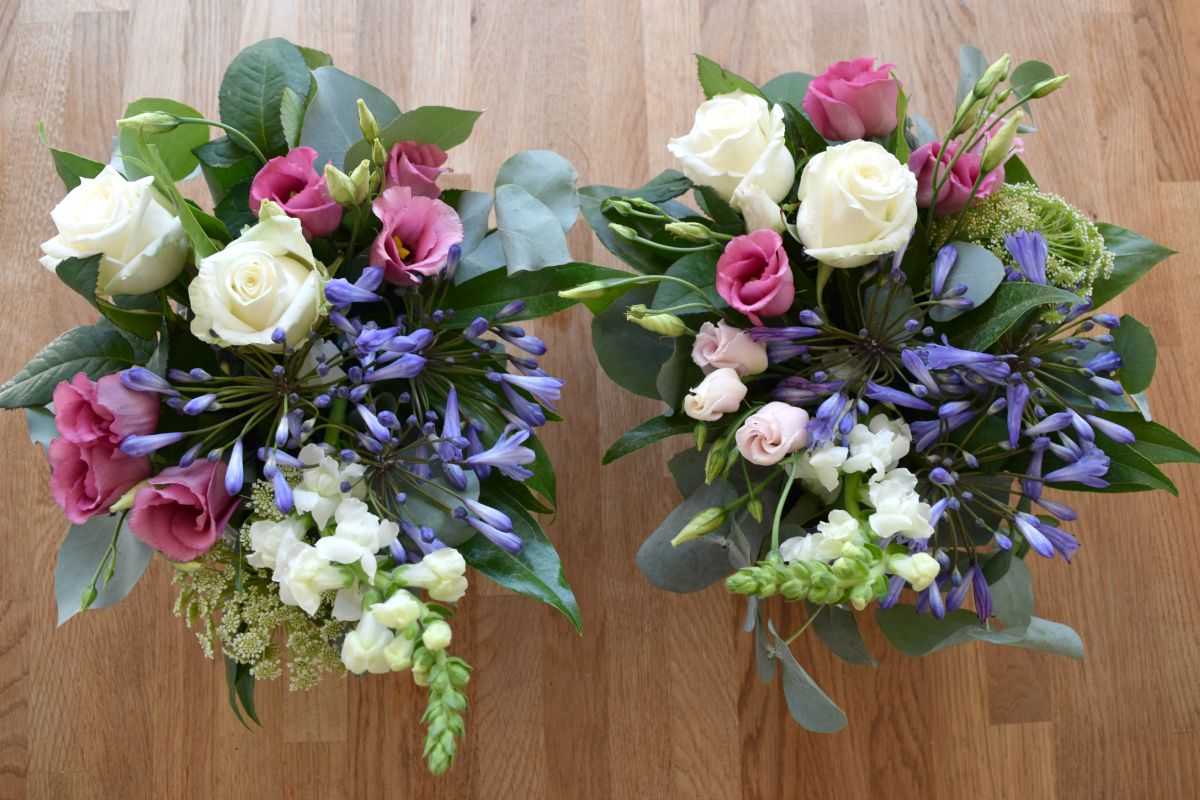 Monday was the day of Roger’s funeral and despite worrying about how it would go, what I would say, whether I would be able to speak (or even stand), it went really well and I might even go as far to say it was a day of celebration, thanksgiving and love.

I woke up feeling sick and so nervous, but decided I just had to accept that time would pass regardless, the day was going to happen, and I just had to go with it. By the time the funeral car arrived to pick us up for the crematorium, I was clutching my rescue remedy and my son and trying to take deep breaths and stay calm. Having a six-year-old in the car was probably the best way to get through it, as his excitement at riding in a ‘limo’ as he put it kept him talking all the way to the chapel. A real blessing for me and Roger’s mum, brother, sister and my sister-in-law who were I’m sure all trying to hold back the tears.

I was overwhelmed by the messages of support from all our friends and family beforehand – I must have received about 200 cards and countless text messages, emails, tweets and all the rest since the day Roger passed away. Knowing so many people would be there on the day was at once frightening and supportive, and I just kept reminding myself that everyone was there because they loved my husband, and were grateful for the chance to say goodbye.

As I wrote a few weeks ago, I decided I was going to write something to be read out at the church service but a few days before, I thought it would be a much more special tribute if I could read it myself. Taking advice from others who had read at funerals – including a dear colleague Angela who had the courage to speak at her husband’s service last year – I thought I would just go for it, focus on the back, and if I cried, I cried. One of our friends Chris told me that if I did cry, it was ok, everyone would be with me and I should just pause, breathe, and move on. So that’s what I did. 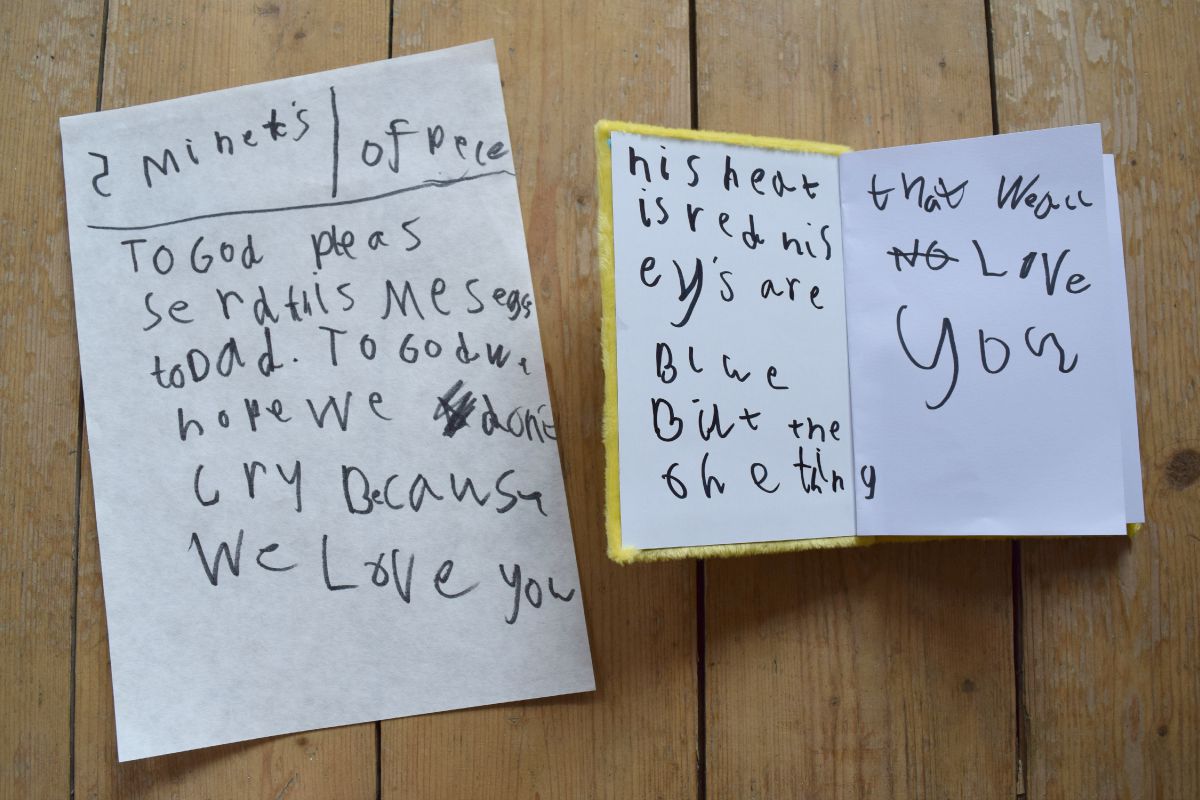 So with several breaks, and while holding our gorgeous but extremely clingy daughter, here is what I said…

“A few days before Roger passed away, he decided he’d like to write something to be read out at his funeral. Sadly, he ran out of time, so I’ll never know what he planned to tell us.

I do know though, that he would have been so humbled to see so many of you here today.

Many times as I tried to write this, I’ve thought about what Rog would say to me if I asked for his advice.

When you’re used to having someone there with you, someone who always knows the right thing to do or say, you feel pretty lost when suddenly they’re not there anymore.

I’m sure most of you know that we met through work, and for years before we got together I was used to him subbing my stories, and telling me how I could make them better.

When I started blogging, he always read my posts before I published them, but I was amazed when he not once told me to change anything I had written, or how I had written it.

He would just smile and say yeah, that’s really good, I love it and you should definitely press publish.

I learnt a lot from him in work – mainly that he hated drop intros, stories about public buildings, that he never turned down a cup of tea – and that his face could go really red if you made him angry on the phone!

I learnt a lot from him in life, too, and without sounding trite, in Roger I found a best friend, a soul mate and realised what it meant to truly be in love.

Kind, caring and clever, he had far more patience than me and was never a worrier. He didn’t sweat the small stuff and always gave me a reality check if I was stressing over life’s minor details. As parents, he was always the more relaxed one and probably much softer than I am.

He hated arguing, and on the rare occasions when we did fall out, he was always the one to make it up, making me laugh so I couldn’t be cross at him anymore and then jokingly demanding I apologise. He was usually right.

His strength throughout the past few years has been amazing. He went through so much, yet hardly ever complained. When I cried, he wiped away my tears, and when I felt I couldn’t go on, he told me that I could. When his pain was almost too much to bear, he found the strength to turn and hug me.

He was so happy when he became a dad, having Sam was such an amazing achievement for him and a magical time for us all.

They were so close, and I know it hurt Rog so much that his illness meant he was denied spending precious time with his children.

Having our daughter completed our family, and without her in our lives I think we would have all struggled to get through the past few years.

People say that when something like this happens, it really makes you appreciate your loved ones more and not take them for granted. Well I have to say, and this is a great blessing to me, that we never took one another for granted, and not a day went by when we didn’t tell each other how much we loved one another.

We really did appreciate how alike we were in so many ways, and felt honoured to have found one another and formed such a special bond.

What we had – even though it was for such a relatively short time – many people are never lucky enough to find, and we drew strength from that in the final months of his life.

Something that will stay with me is when he said we’d both hoped we would stay together for the rest of our lives, and he was the lucky one as he had that. He had me at the end of his life, but we both knew I had to go on without him.

The fact that we had each other was worth so much and I hope I can do him justice now by bringing up our children in a way which would make him proud.

We’ve all been missing Rog so much, and Sam for one is missing his big hugs, tickles, and bedtime chats. Florence still looks for him when she comes in the door and every time she sees a newspaper says it’s ‘daddy’s paper’. (I have to say I haven’t bought a Daily Mail now for a couple of weeks!)

I know we will find the strength to remember the good times and carry him with us throughout our lives. He may be gone, but he will never be forgotten.”

After I spoke, it was our son’s turn to speak, and as he’d written a poem and prayer a few days after his dad died he wanted to read it out in church. I stood with him and helped him by reading the poem – with a last minute change at the end.

He wrote: “His heart is red, his eyes are blue, and that is why we love you.”

However, he decided seconds before that he wanted me to read “that is why we love dad” at the end instead, making it comically non-rhyming.

His prayer, which he had written should be preceded by a five minute silence (it wasn’t!), read: “Dear God, please send this message to dad. We promise not to cry because we love you.”

Not a dry eye in the house.

Following this, a very close friend of Roger’s and colleague of ours, Simon, delivered an incredibly poignant and funny eulogy, more of which I will bring you in another post.

For now, I just want to say a huge thank you to everyone who came to Roger’s funeral, who sent their support, and who was thinking of our family that day.

I feel such a great comfort from experiencing so much love and friendship, and I know it will help me in my darker moments. As Simon said at the end of his speech, I should wear my memories of that day as a suit of armour, and that is exactly what I intend to do.

PS – Donations made to Wirral St John’s Hospice in Roger’s name have reached more than £1,300 and that is on the Just Giving site alone – so thank you so much for such an incredible effort which will help so many in future. 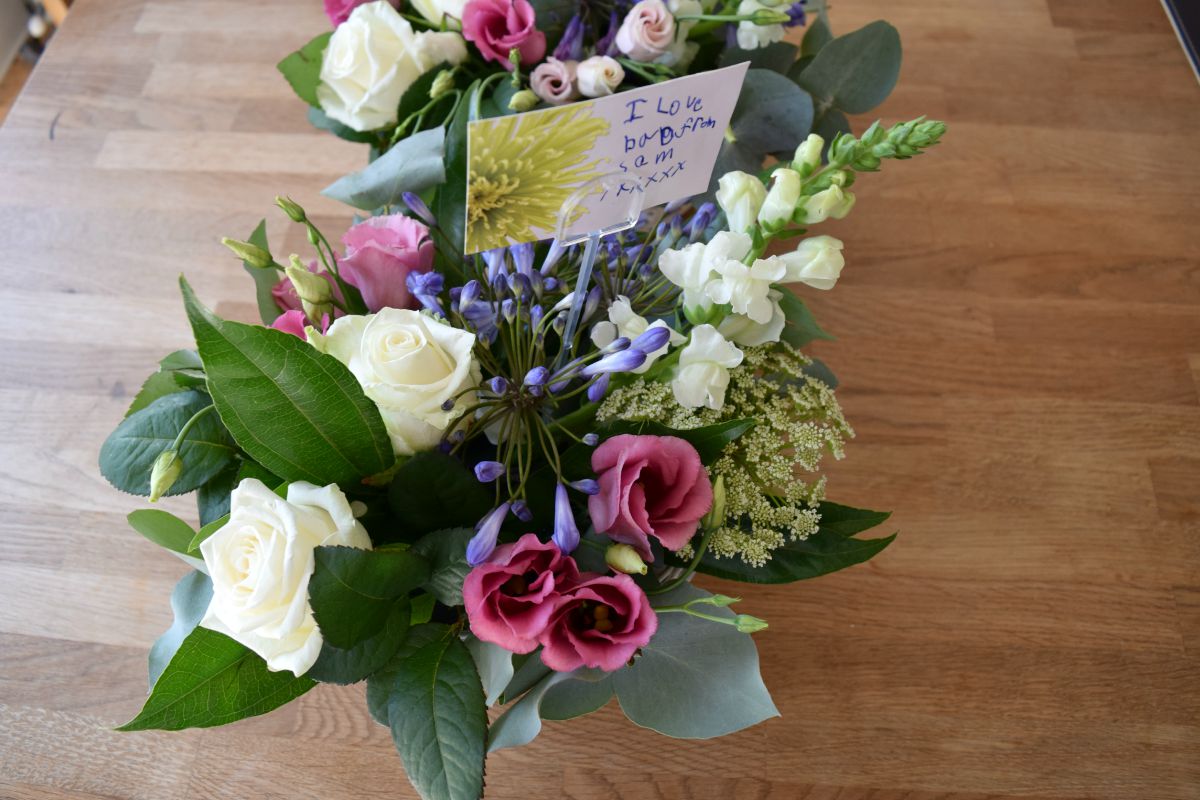 We spent a bit of time at the beach yesterday. It was the warmest day we have had for weeks,...