My husband Roger spent around three months at our local hospice before he passed away in July. As I wrote at the time, when the word hospice was first mentioned to me I was devastated. To me, hospice care could mean only one thing – that you were ready to die and this was a place where you would go to do it. It was like giving up, and at the time we were certainly not ready to do that. Rog had been diagnosed with bowel cancer when he had already been through what we both thought was the worst period of health problems he would ever experience. Eighteen months earlier, he had collapsed at home while looking after our son Sam and luckily managed to call me at work to ask me to come home. I’ll never forget walking into the hall, me seven months pregnant, him looking like death, and desperately dialling 999.

A few hours later I was sitting in an airless hospital room being told he only had a 50-50 chance of survival. He pulled through, but that day was the start of an eight-month stay in hospital, a 12-month stint on intravenous food, and a life-changing moment in all our lives.

My precious, fit, healthy, optimistic, vegetarian husband had gone through a horrendous experience, and neither of us thought it would end with a separate diagnosis of terminal cancer. How could we? How does anyone? So when it came we were desperate for an answer, a way out that would fix him again and make the impossible possible.

That never came, as sadly there was no treatment worth trying. I remember him asking the surgeon – who by then he had become quite fond of – what would happen if he were to try chemo. ‘You would die within days, if not hours,’ was his reply. 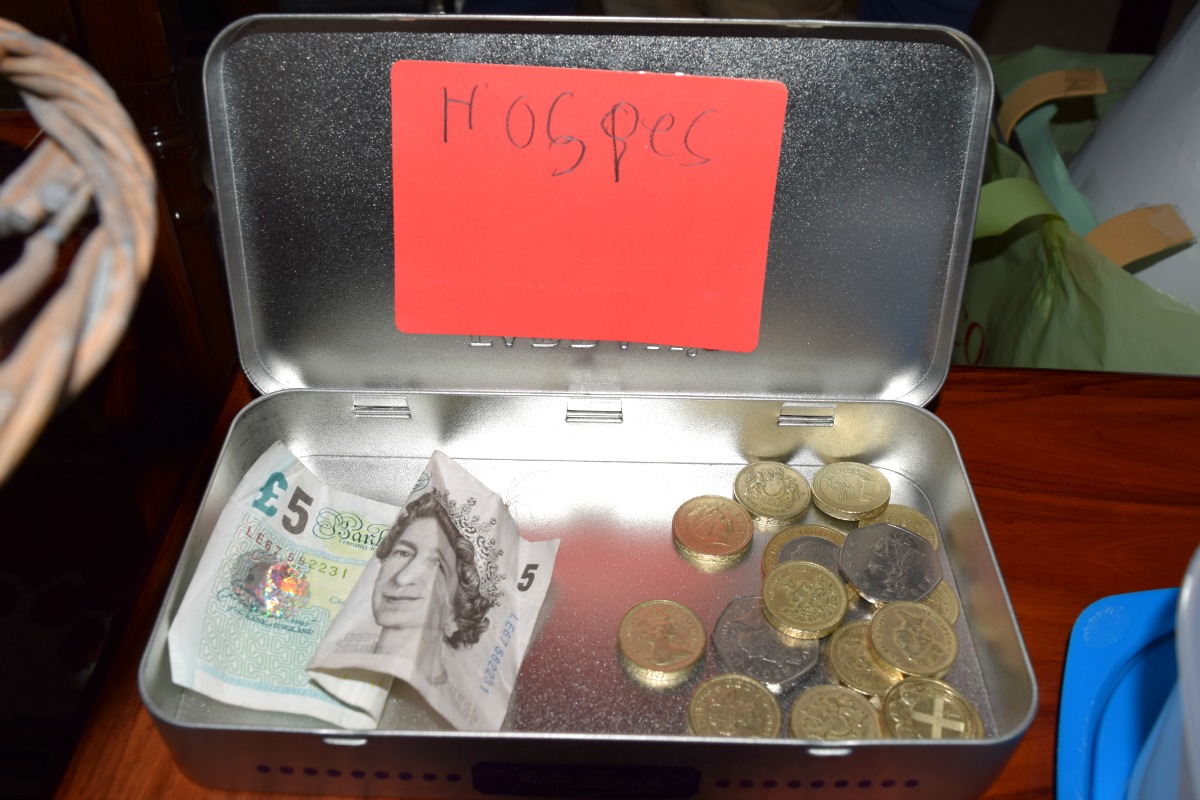 So the hospice became the next step. If nothing else, it would be a change from the over-familiar hospital walls, we thought. When we arrived, it was like being given a reassuring hug and a breath of fresh air. It provided comfort, as the room at Wirral St John’s was like a five star hotel compared with Arrowe Park Hospital. It provided nourishment, as the food was home-cooked and good for you, and it provided friendship, as many of the staff there went over and above to make us feel at ease.

It may not have provided a cure, but it gave a sign that people cared, that they would do what they could, and that they would make what is everyone’s worst nightmare somehow not quite so bad as we first thought. If this was going to happen, then we finally felt we were in the right place.

The hospice at Clatterbridge looked after not only Roger but they cared for me, our children and our family too. It was a place where the kids could be themselves. They could spread out a little, use the toys in the day room and open the doors from their dad’s room to play in the garden outside. At first, we never thought Rog would be able to come back home to stay, but they made that possible. Without that we would never have managed those final four weeks as a family in our own home.

It was because of all that that we wanted to give something back. Roger had started planning his funeral and decided to ask people to donate to the hospice rather than send flowers when time came. I set up a Just Giving page after his death and so far it has raised a massive £1,977. Donations in the church on the day of the funeral took that total up to £2,276, which is far more than I ever expected to achieve.

Our son Sam wanted to get involved with fundraising too, and set up a shop at my mum and dad’s house to raise money for three of his worthy causes – the hospice (or ‘hospes’ as he spells it), the RNLI (a charity supported by his class at school), and ‘poor people’, a general term I think he coined for anyone worse off than himself!

He raised about £25 for the hospice, which for a six-year-old is not bad going. I’m so proud that he wanted to get involved like that, and that he played his own part in helping others to be looked after as well as his dad was. 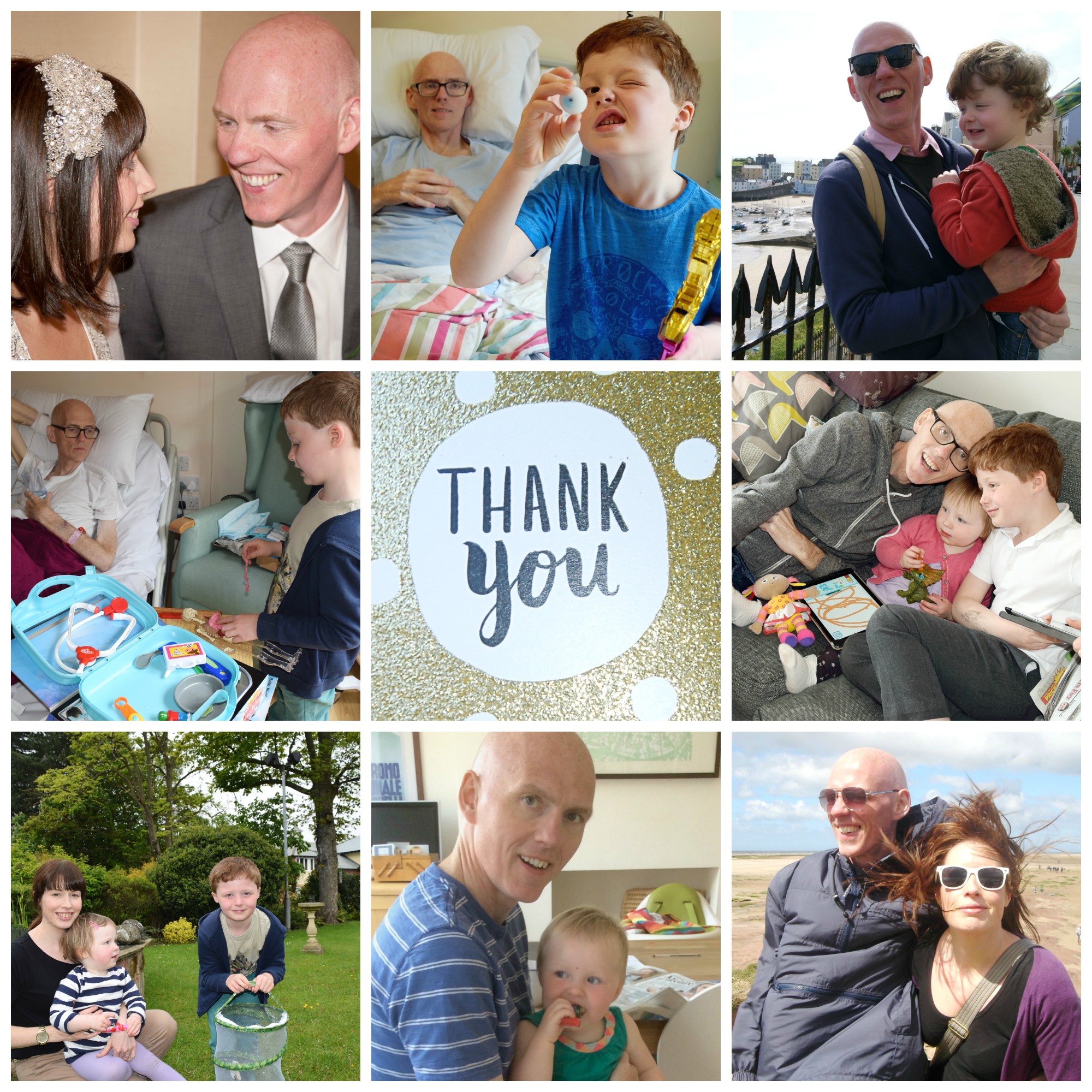 My brother-in-law Will, who is a consultant at Harrogate Hospital, also raised a large amount of cash for the hospice by doing a coast-to-coast bike ride in the summer. Along with some of his anaesthetic colleagues, he rode from Southport to Bridlington and managed to raise a grand total of £1,185. Will had to break up his trip when his own daughter fell ill, but I am assured he earnt every penny of his sponsorship cycling up and down those hills!

Some of my close friends, Claire and Dom, asked for donations to a few charities at their wedding in July, one of which was Wirral St John’s in honour of Roger. They raised a further £1,458.67. How fantastic is that? I am so touched that so many of our friends, family, colleagues, even people we have never met, have wanted to join in and make some money for such an amazing cause.

I just wanted to say a huge thank you to everyone who has helped make a difference – to those who donated, those who helped raise money and those who cared for Roger and our family. I hope the money we have raised in Roger’s name will go some way to helping the hospice make the final moments of other people’s lives as special as they can be. Now, when anyone mentions the word hospice, a very different picture is conjured to the one I had in March. Now, I see the hospice as a place of safety, of care, and of support. 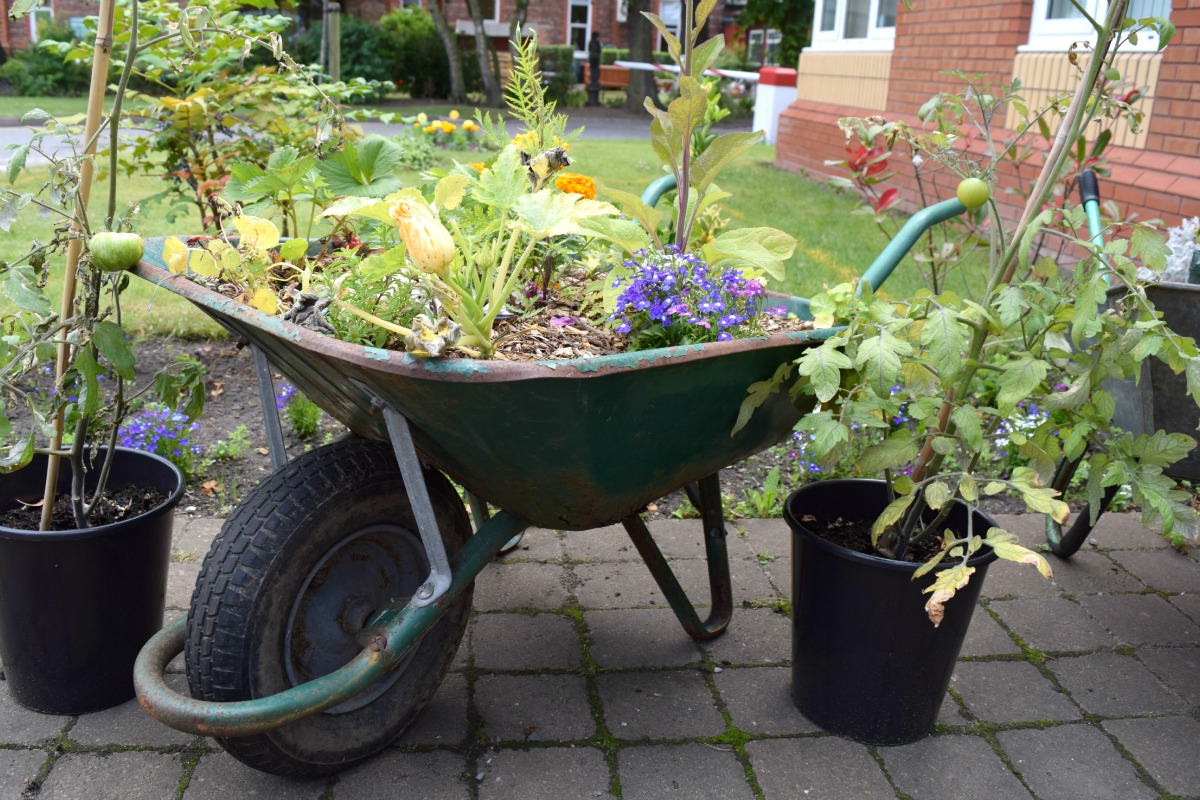 As we move into autumn there are obvious changes happening, like the leaves turning red and falling from the trees,...