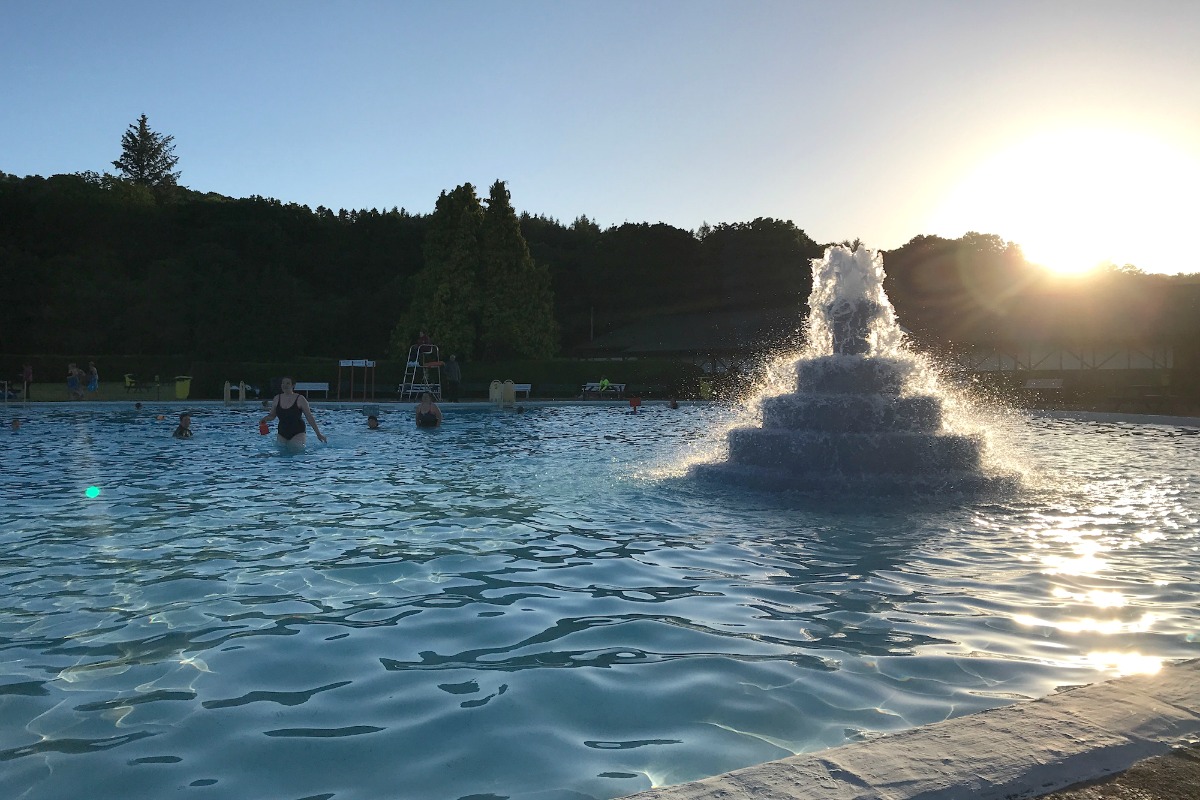 My longest day of the year tradition now appears to be to swim in the cold, cold waters of Ilkley Lido. I did it last year so kind of felt I’d be letting the side down if I didn’t get in again – plus I’d agreed to talk about it on the radio afterwards so there was definitely no backing out!

The summer solstice swim at Ilkley Lido keeps getting bigger – last year there were about 200 people who joined in, this year that number was just over 275 at last count. With the water temperature at 16 degrees (oh how we wish it was heated!), the pool opened at 4.30am and by the time we arrived 15 minutes later, the car park was practically full and there were loads of people already swimming.

The setting is just beautiful; the lido was built in 1935 and has been an essential part of the Ilkley summer ever since. Growing up here, I remember the excitement of hearing the outdoor pool had opened for the season – but even as a child the water was still cold, even on the hottest of days.

There were six of us who went together this morning, in varying states of dress! A few were in wetsuits but most in swimsuits like me – and one of our crew, the hardcore Sabine (my friend and personal trainer, which sounds posh but I see it as essential for body and mind) in her bikini. Respect! 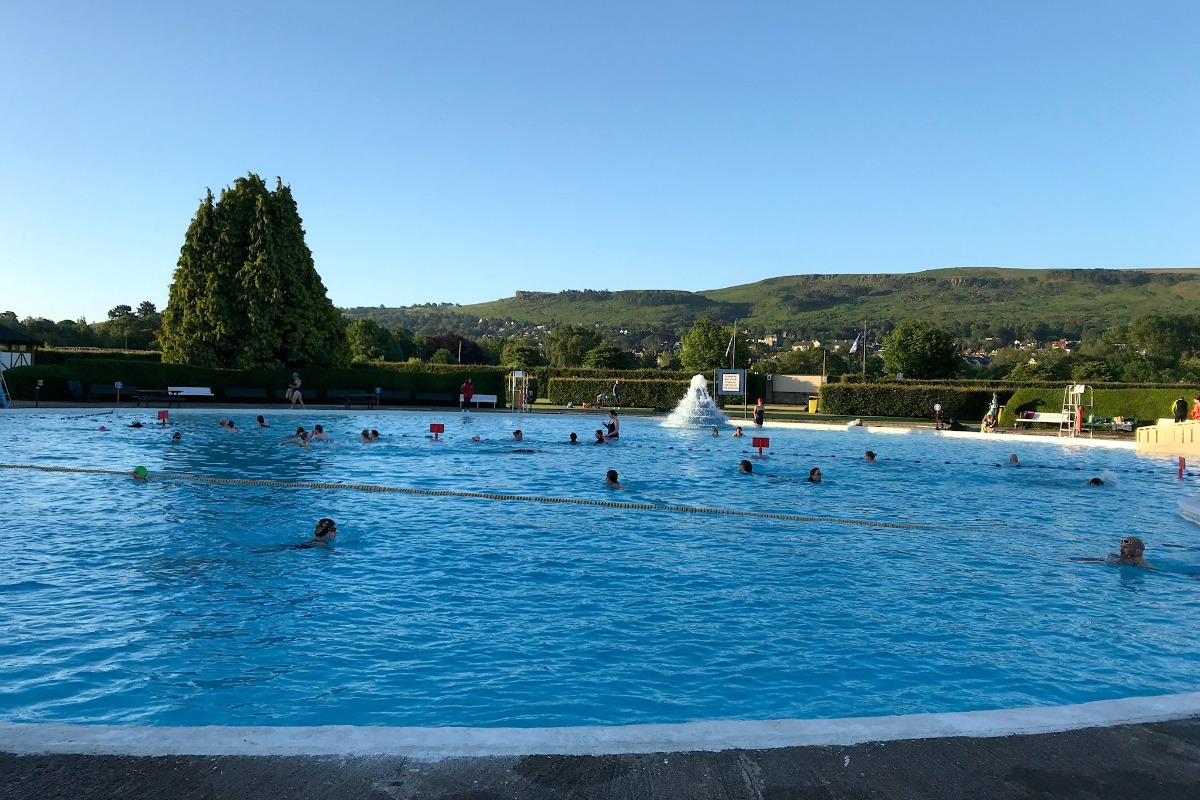 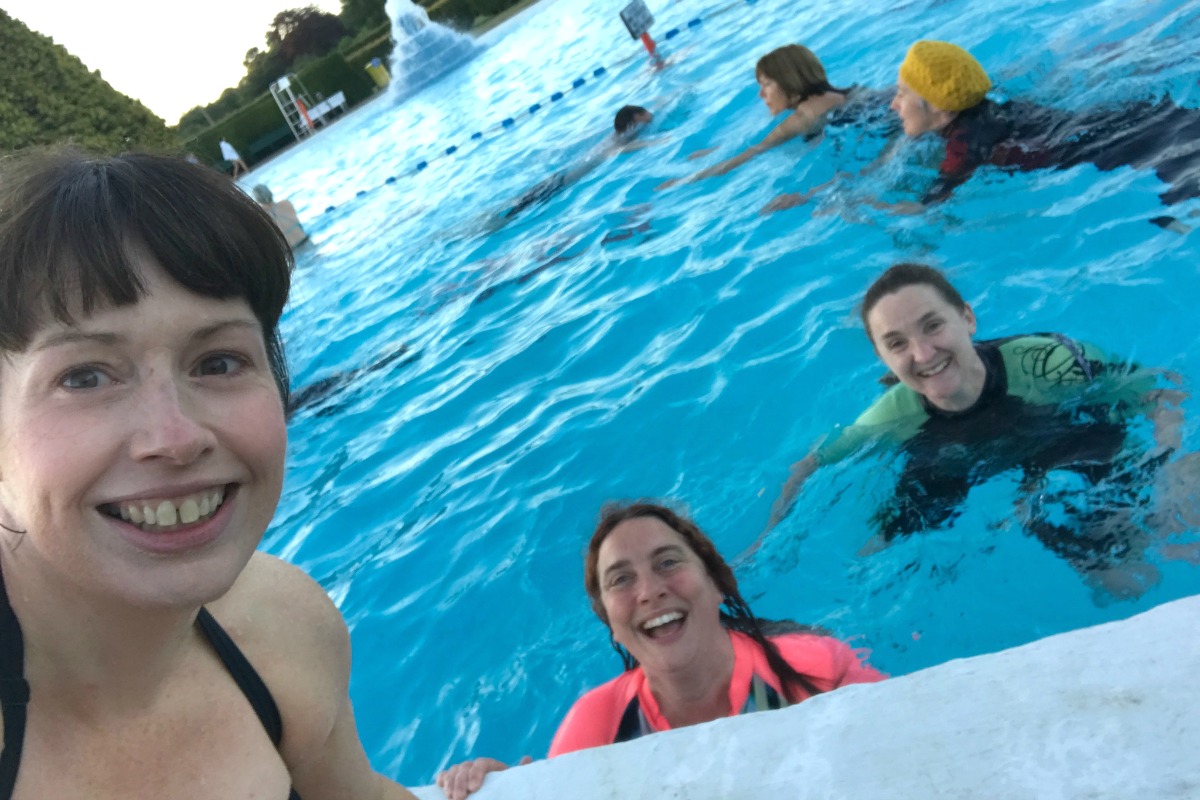 Now last year, in a slightly hungover state, I decided the best way to get in was just to jump in at the deep end. This year I thought I’d try a different tactic and managed to slide in from the poolside and not get my head wet. This was a better way of doing it I think as I managed to avoid the brain freeze of having your head immersed in cold water.

Once in though and amongst friends, the water was actually really pleasant and refreshing, just as long as you kept swimming and didn’t stay in one place for too long. I also saw quite a few people I knew, so it was fun to chat away and discuss things like water temperature, the best way to get in the pool, and how much coffee we were going to consume afterwards.

I saw Davy the organiser too, the lovely man behind the solstice swim and the group Friends of Ilkley Lido. I’d interviewed him last year and managed to bump into him every single time I’ve been to the lido since.

The feeling you get from it is well worth the shivering in the shower afterwards. Overheard in the changing room were the gems ‘I can’t even fasten my bra my fingers are so cold!’ and ‘I think my hands have stopped working!’.

The buzz though, well that’s why I did it. There are so few chances like this to be outdoors in the early morning sunlight and experiencing the refreshing chill of nature at its most beautiful.

Also, I think getting up so early must suit me as I have been absolutely on it all day! I’ve got so much done, felt fabulous, so positive and wonderful.

Next year, go do it too!

PS A word about my photos. It was so cold, and it’s hard to persuade someone to stop their journey from pool to towel to grab your phone and take a photo. It was because of this that I’ve just been looking through quite a few crazed selfies trying to work out which is the least odd looking! If you’d like to see more from today and some video evidence of the beautiful sunrise and the whole slightly surreal event, head over to my instagram as I did some stories while there. 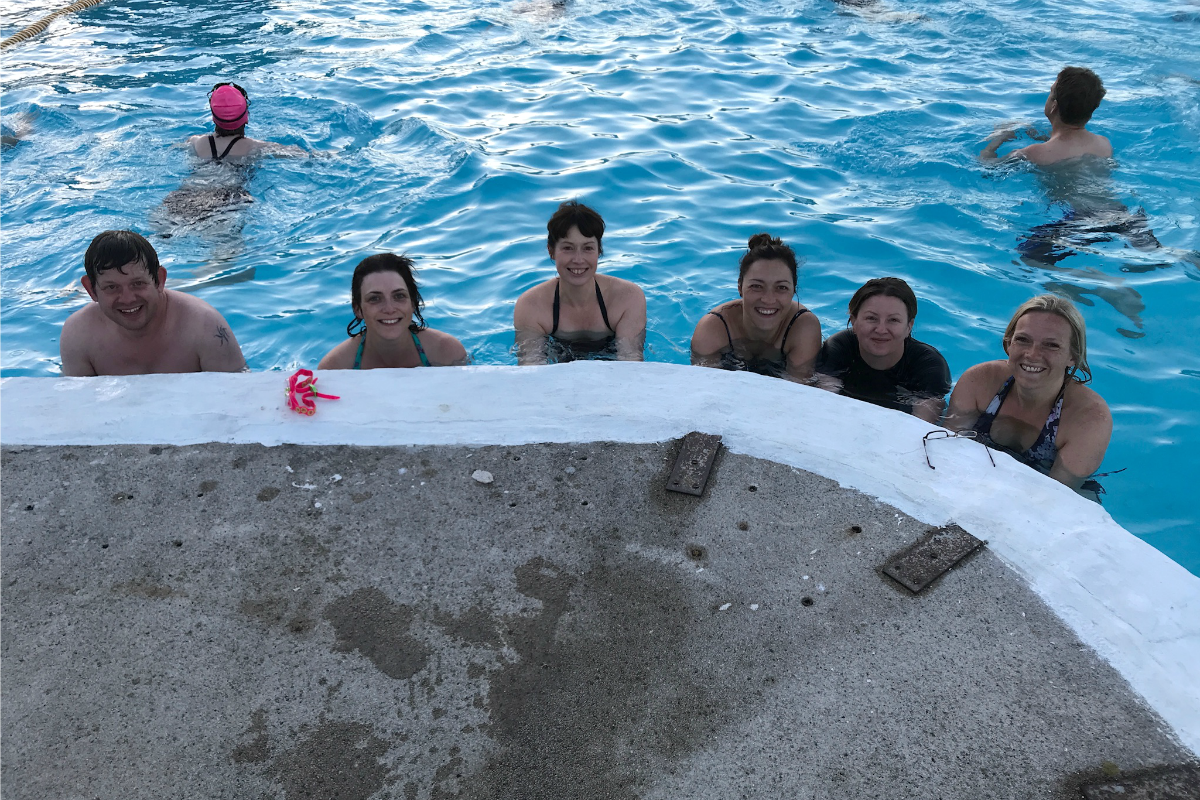 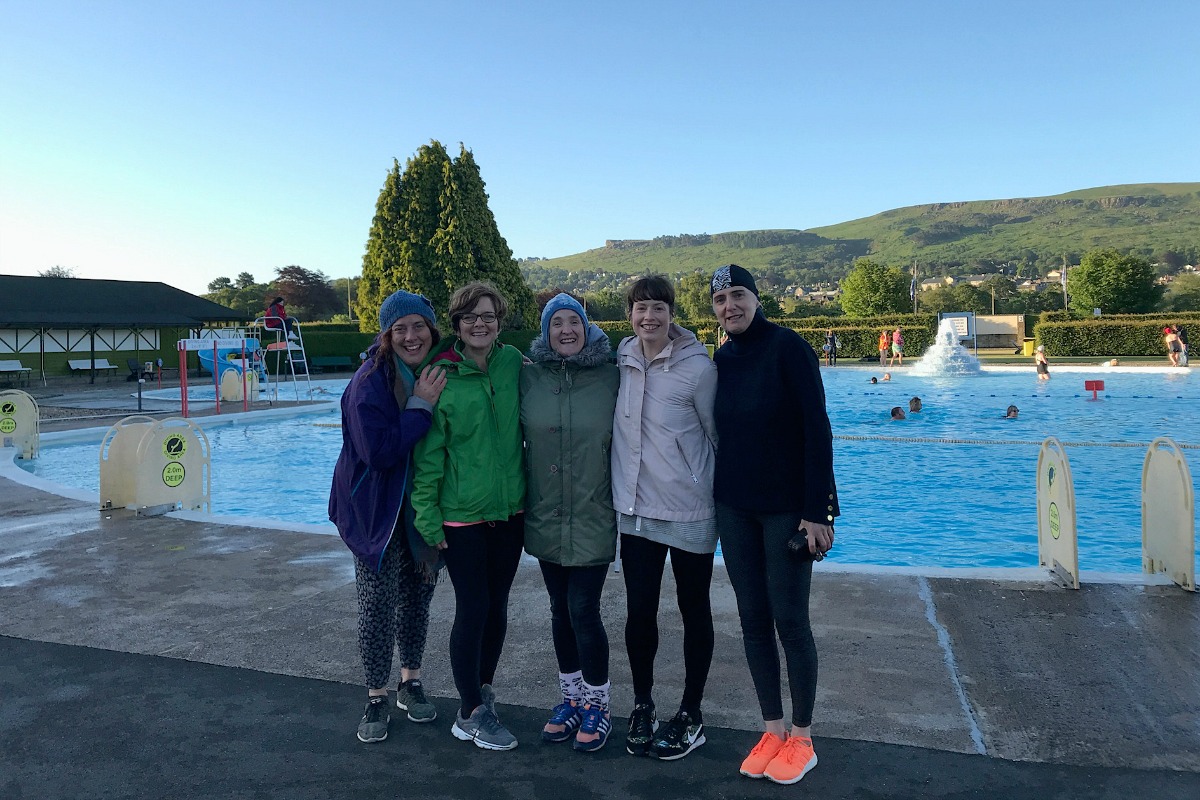 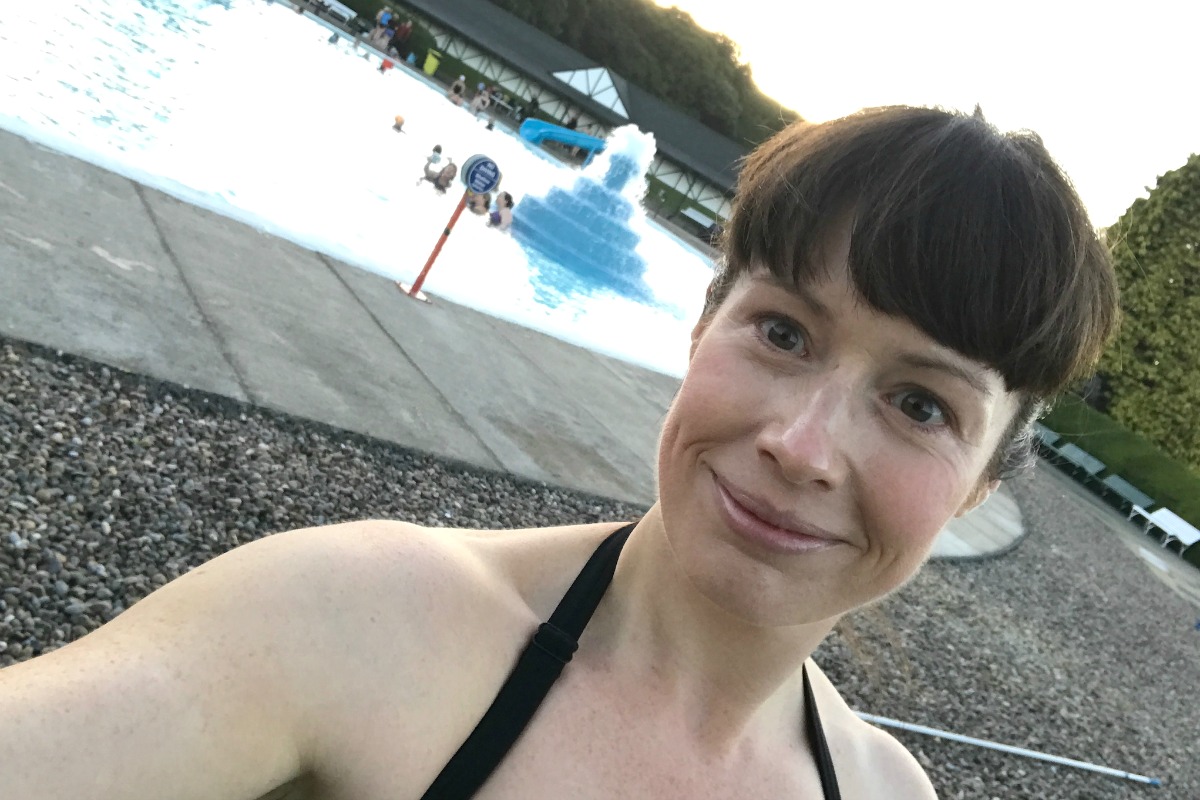 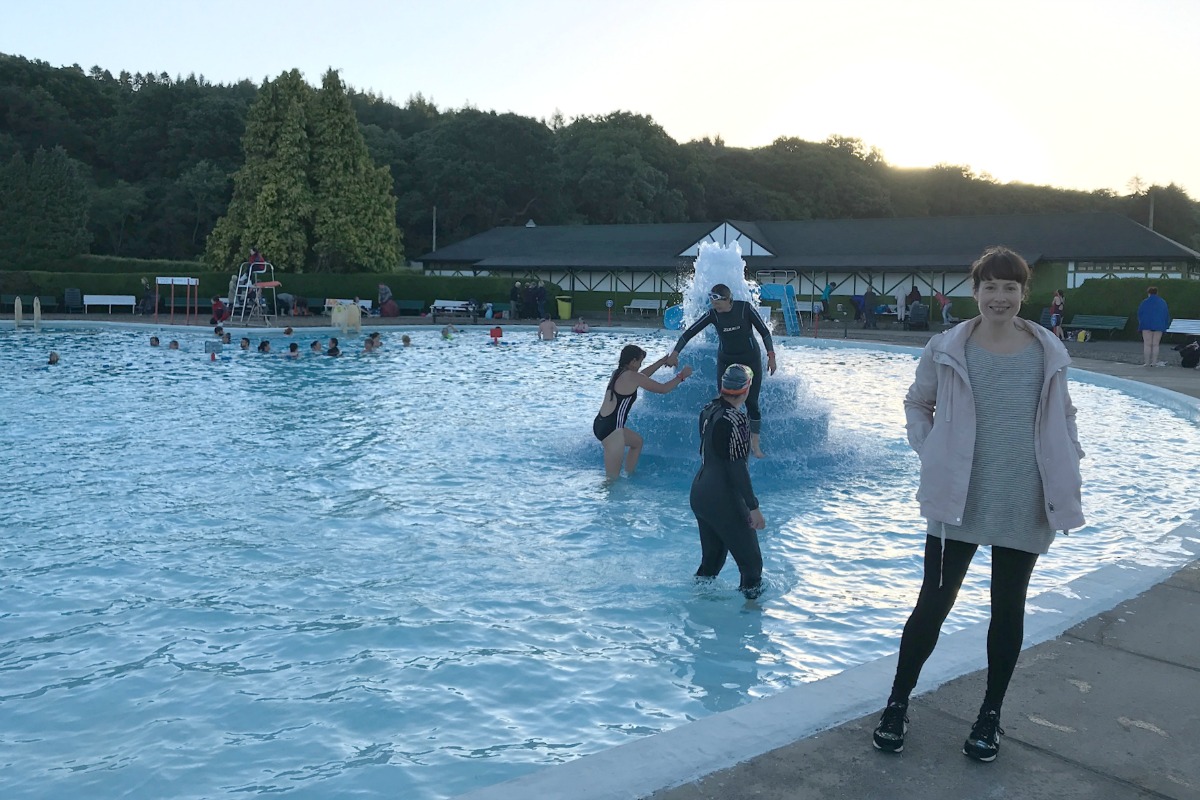 There are spa days, and then there are super luxurious spa days in five star surroundings with decor to die...