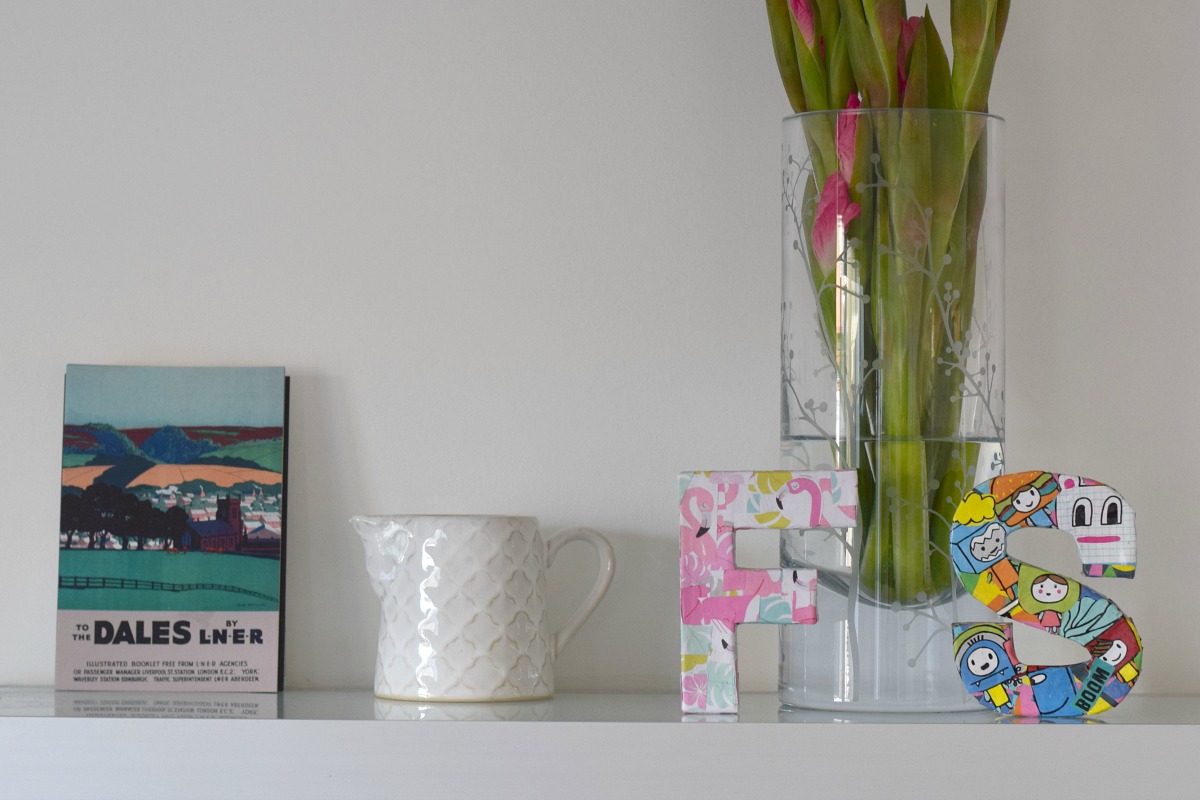 Craft is a bit of a way of life for my son. He is always cutting, sticking and creating, making up games, writing little books, drawing huge pictures and generally just being a bit of an creative, slightly eccentric little machine! That’s why these easy decoupage letters are a perfect craft for him.

I’ve found going with this creativity is the best way to keep him occupied and making sure there is a steady supply of craft materials is a must to stop him climbing the walls in his free time.

I walked past this really cool little art and craft shop in Leeds the other day called Fred Aldous, and before I knew it I was in there buying some cardboard letters and a stash of colourful wrapping paper. They’re only small letters, about 10cm tall, and at £1 each there was nothing to lose if the plan didn’t go well. 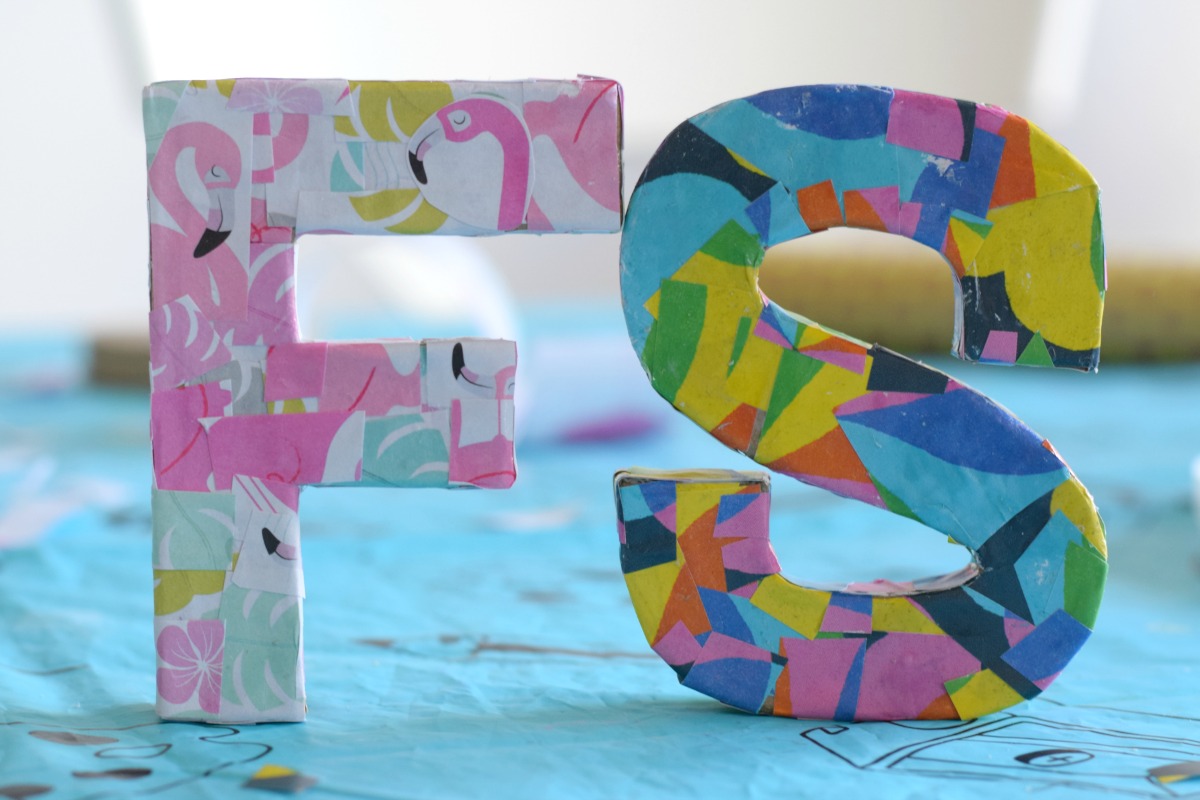 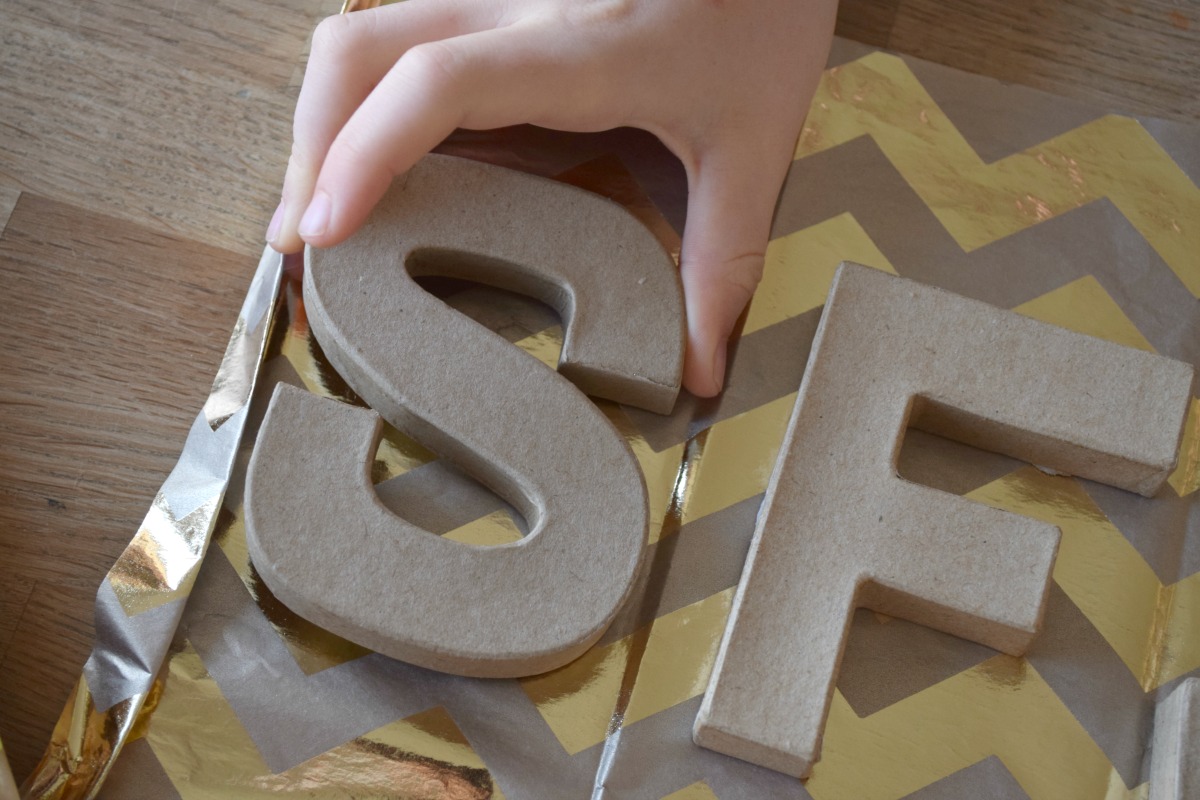 I think to do proper decoupage you should buy special glue but after a bit of googling I decided trusty PVA would work just as well. After Sam and Flo chose the paper they wanted to use to cover their letters, we cut some into small pieces ready to start.

It’s a nice easy craft for a three-year-old to manage with some help, and Sam (who is seven) managed to do it on his own with a bit of advice from me on how to smooth the paper round the corners. Flo had a far easier job with a straight letter F than Sam did with his curvy S.

I had to put the decorating of my J on hold while I helped the kids, so I hope it isn’t too long before I get round to finishing it off. 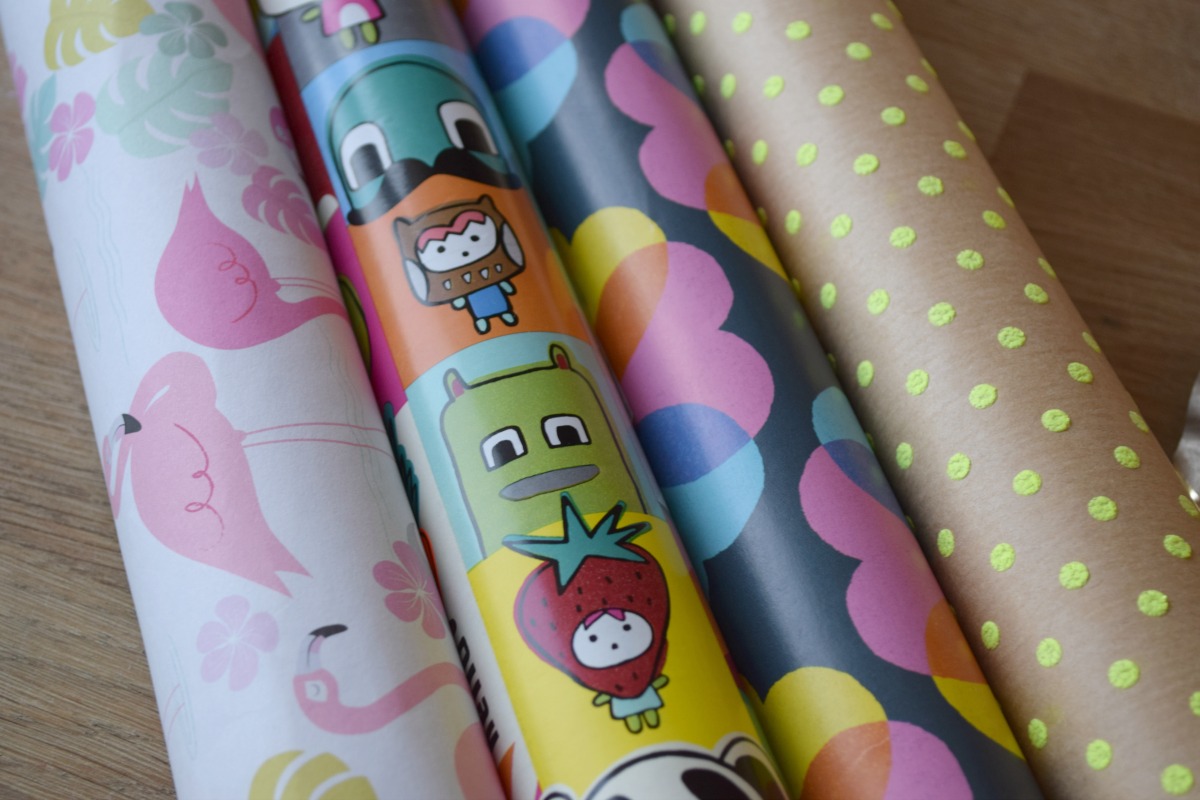 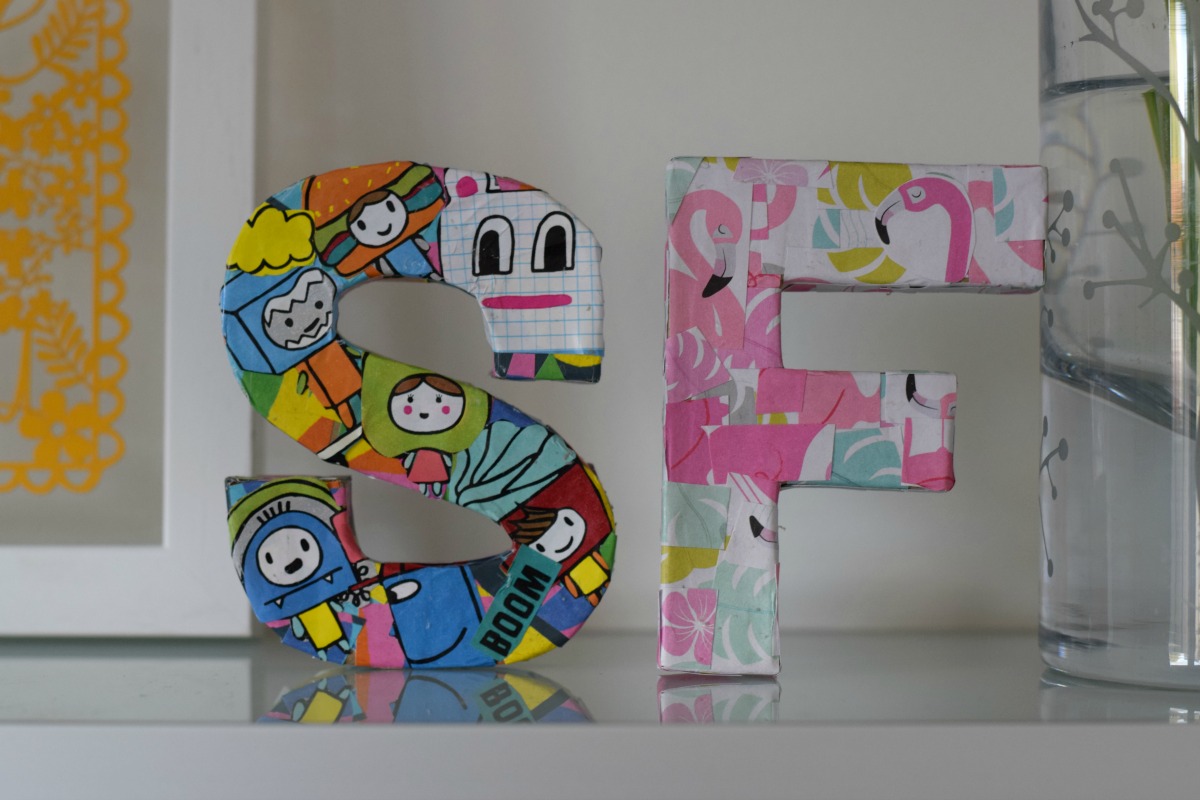 All you do is paint some glue onto the letter with a small paintbrush and stick little bits of paper on, smoothing it as you need to with your fingers. It’s a good idea to do the front and sides first then leave that to dry before attempting the back. Also, small pieces work best as the larger they are, the harder it is to smooth it around the sides without it creasing.

I think they need varnishing as well so I’ll do that this week with either some craft varnish or a homemade recipe of two parts PVA and one part water. I think it’s just as effective if the letters are only to be used indoors.

Not bad for a Sunday morning activity, what do you think? 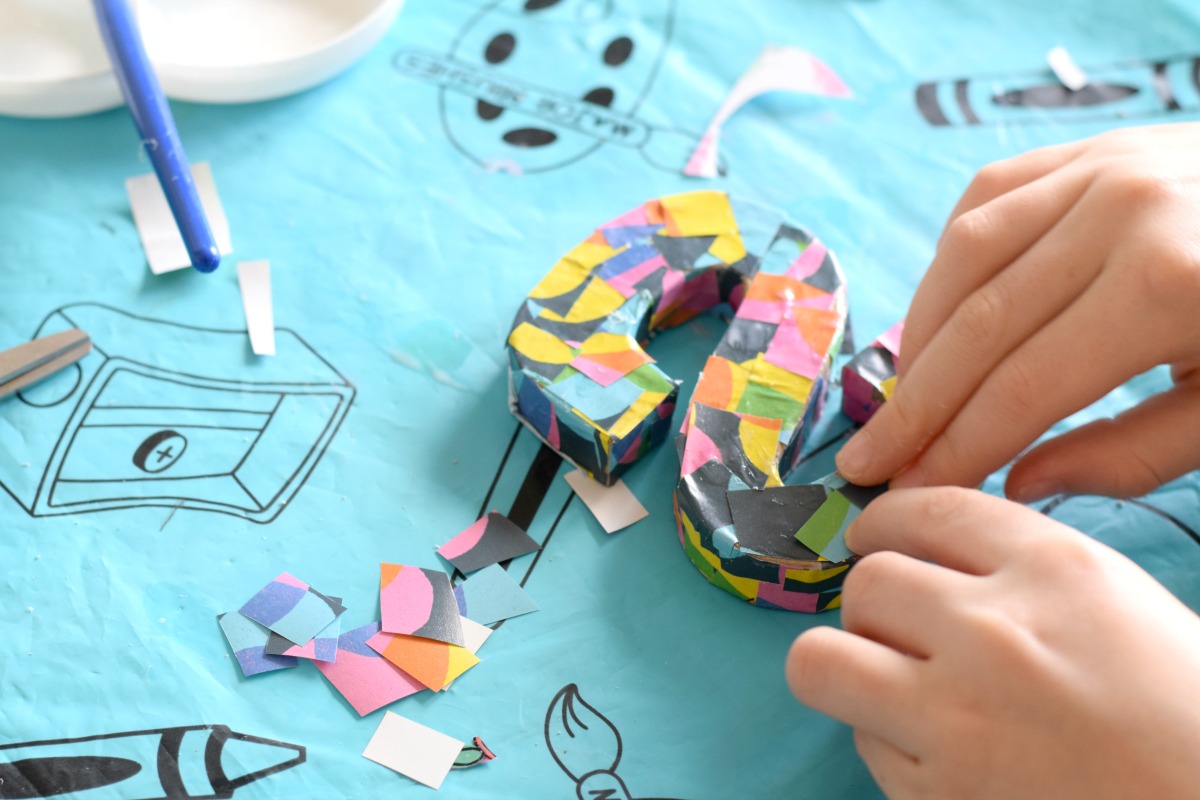 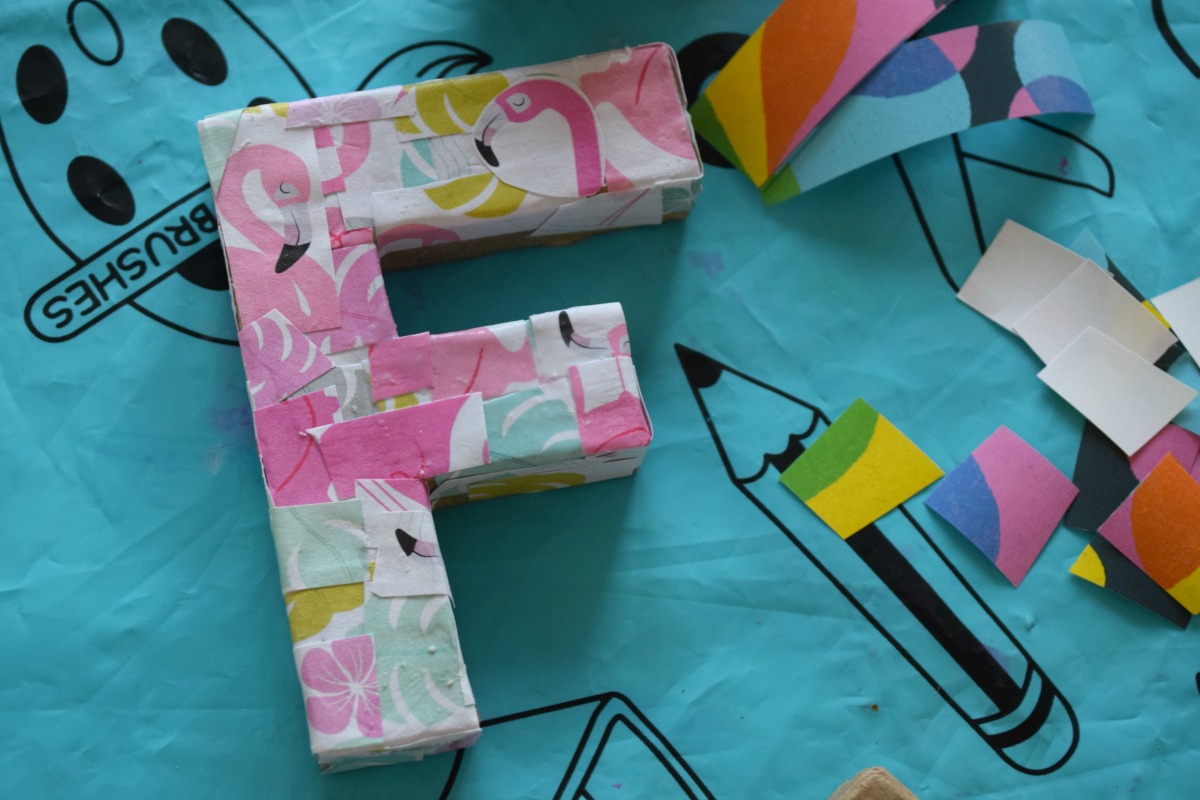 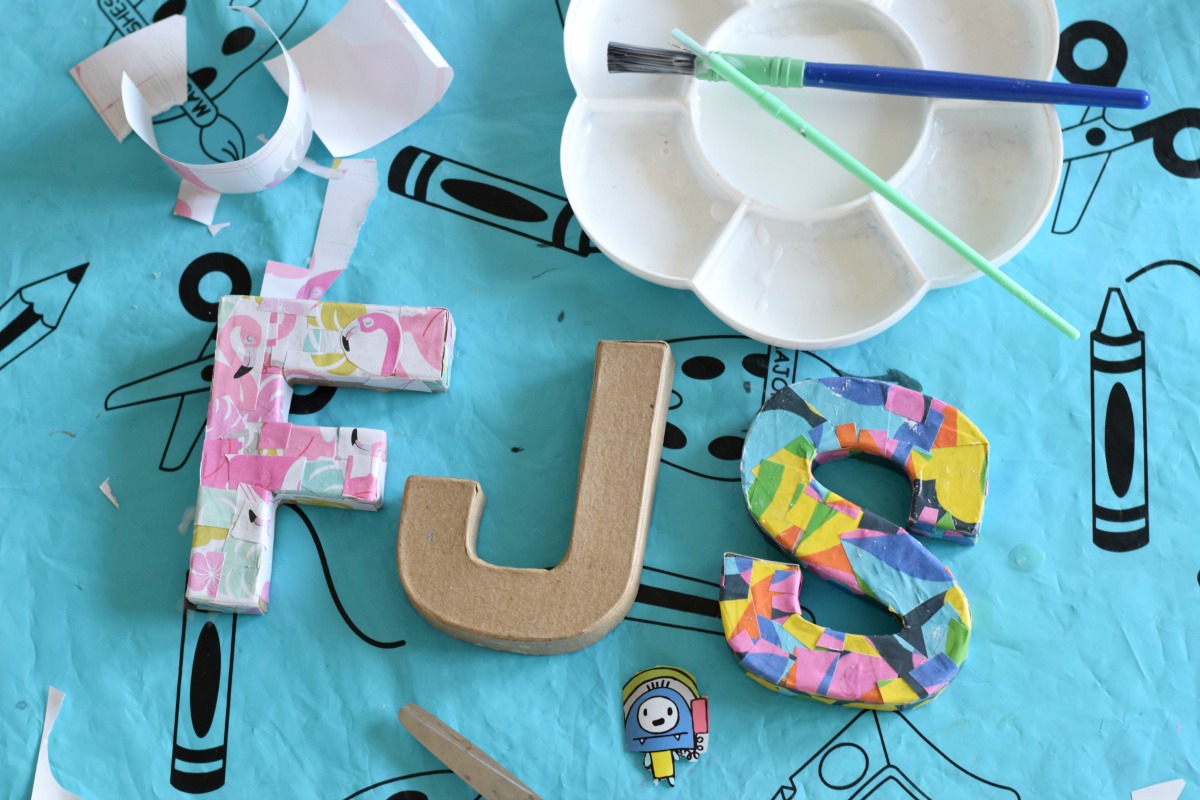 I won't be the only one saying this, but how on earth did it get to the end of September...