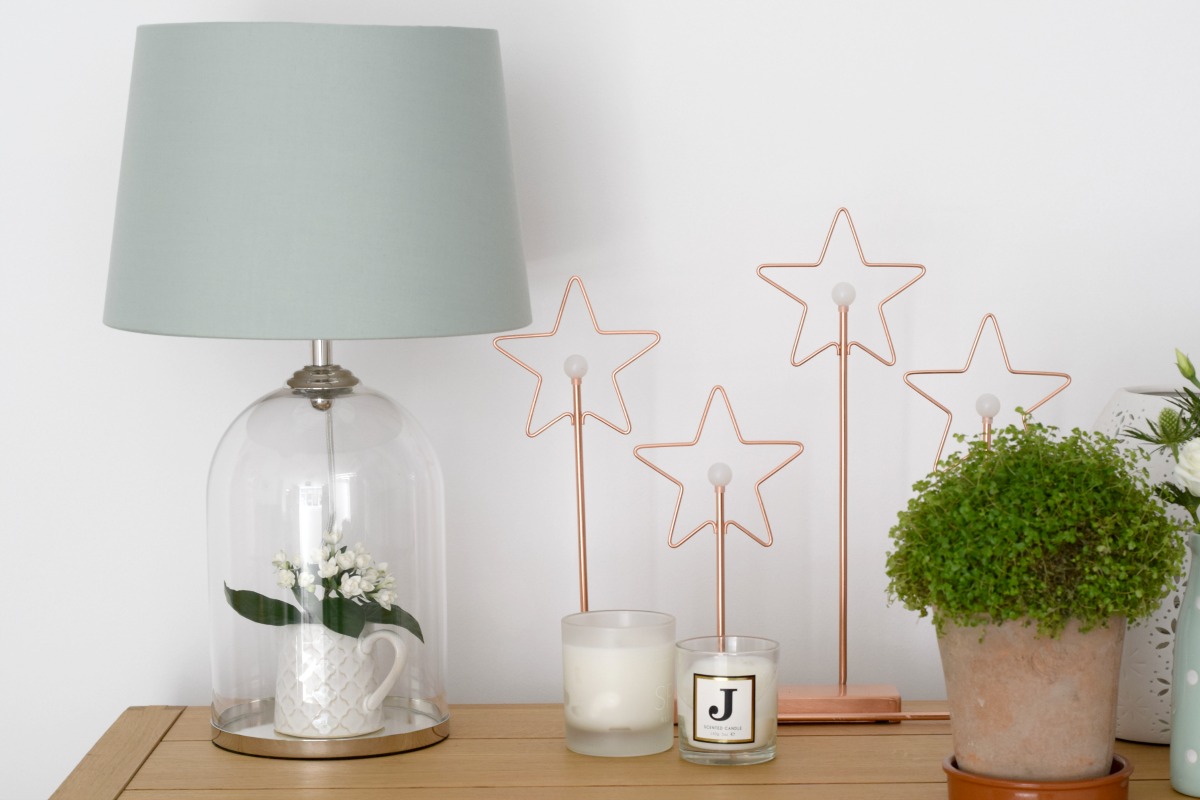 It’s now been almost three months since we moved into this house, and things are just beginning to take shape a little as I decide on how I want things to look.

I can hardly believe it’s been that long as it has absolutely flown by and I’m still unpacking boxes, finding homes for things and arranging and rearranging furniture, pictures and my belongings around the place.

Now I’m not one of those people who moves into a house and gets things straight right away – I wish I was! I mean maybe I would be if I didn’t have two little ones and a job, but I’ve taken my time with this and it’s still very much a work in progress.

It’s amazing though how much you can change the look of a room with a few accessories, a lick of paint and a tidy up. The first room I focused on making my own was the one I spend most of my time in – the living room. I’m lucky enough to have a playroom in this house – or a garage that has been semi-converted and has become a project in itself – and it means that I can finally have one room in the house to chill out in that is pretty much free of toys. 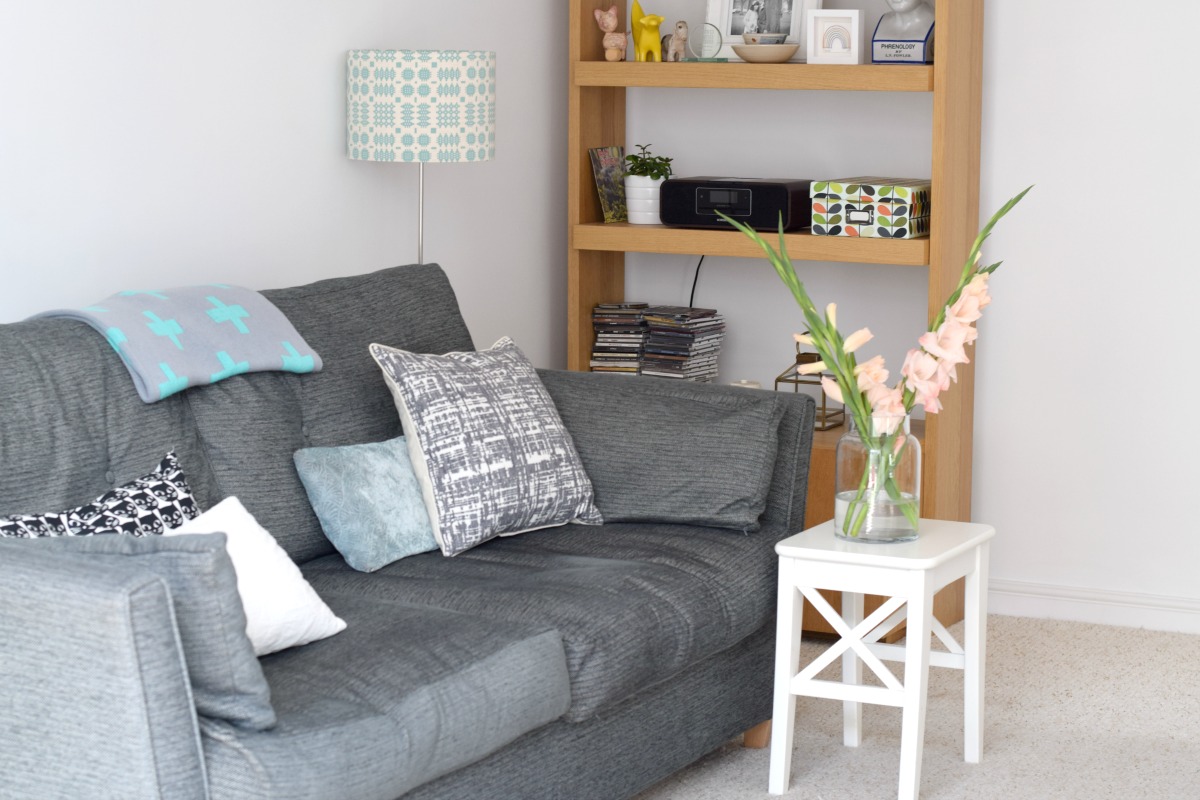 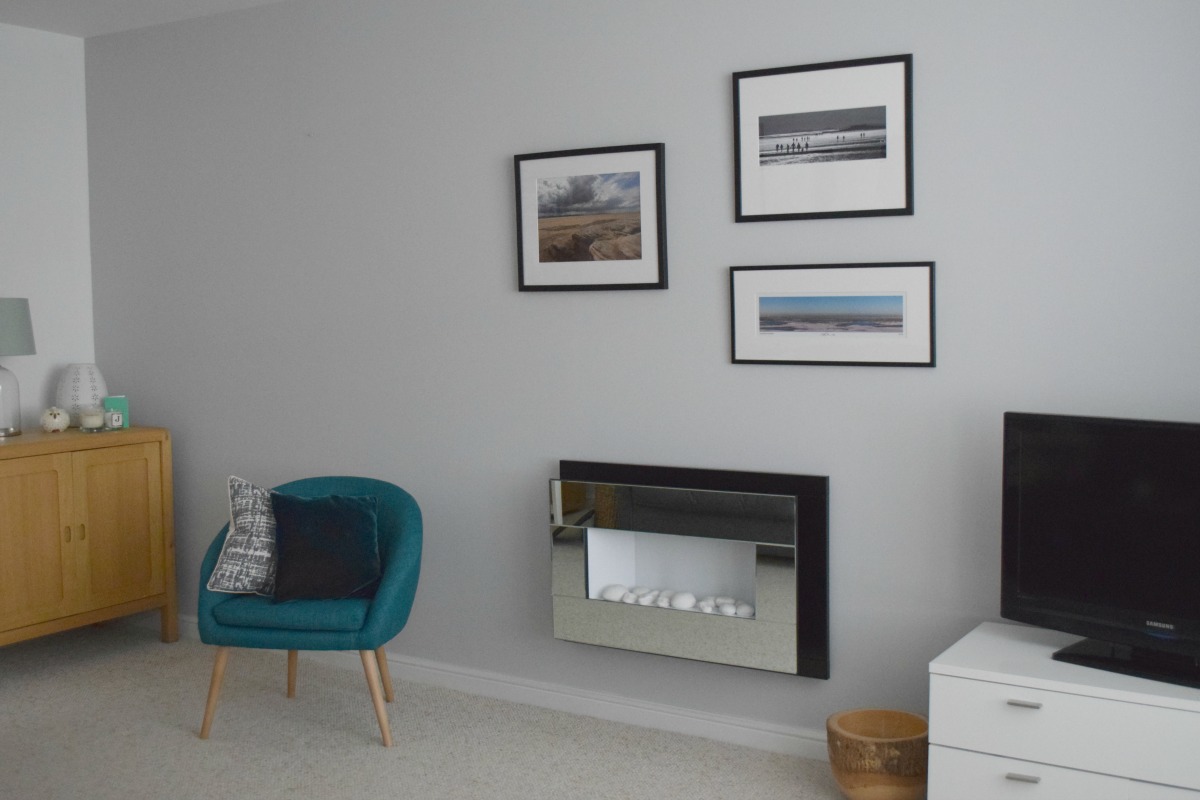 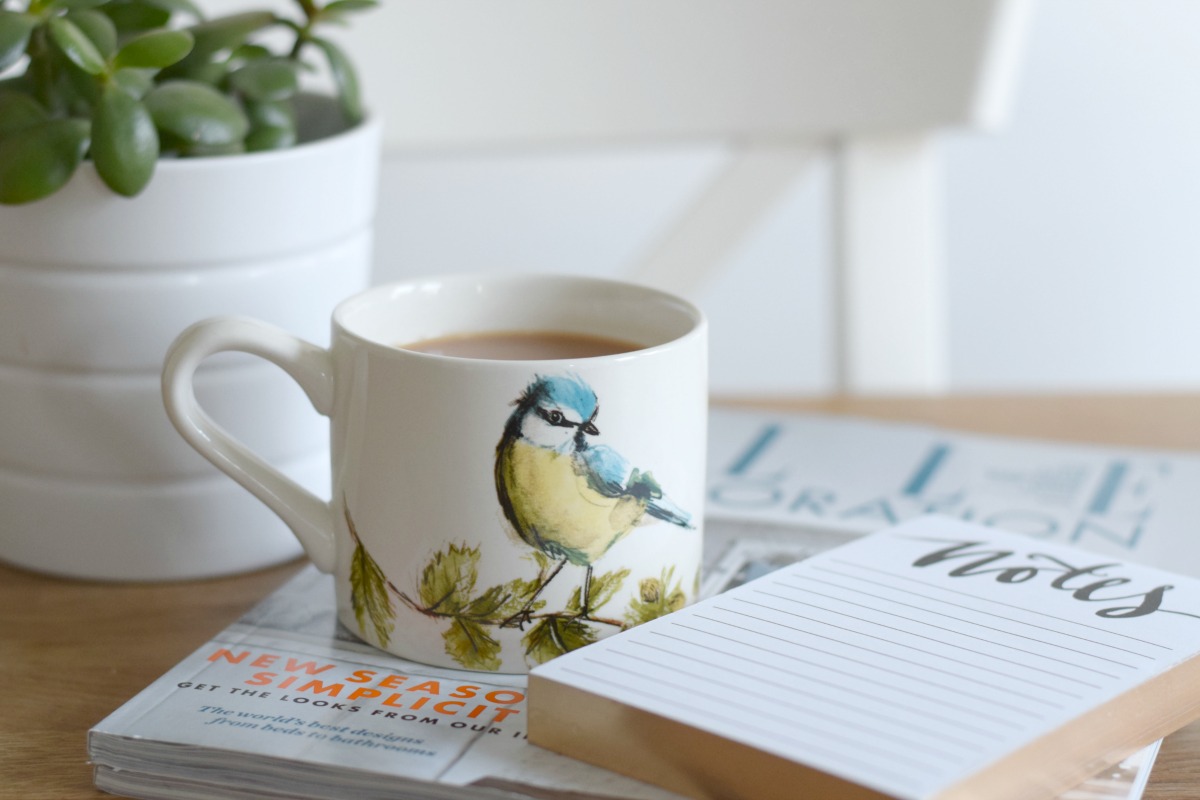 It’s really nice to be able to style the room just how I want it and not have to factor in toy storage like I did before. Of course there are always toys in here because it’s not just my home, it’s Sam and Flo’s home too, but the bulk of it is in the ‘garage room’ as we call it and this can be more my style.

A few weeks’ ago I was asked to do an Instagram takeover for Laura Ashley, which I was so excited about doing because they have such stunning interiors’ pieces and if you know me, you’ll know I am a bit of an Instagram addict. I have a few of their things around my home, and just a few new things have given an instant update, to the lounge especially.

The lamp featured in the first photo of this post is their Whitley lamp base with a duck egg blue shade. The domed glass base lifts up so you can try putting different things inside, giving it a different look each time. I thought of using pine cones, mini succulents, or even a book, but in the end I tried using a tiny white jug of flowers and a candle.

The flowers looked gorgeous and fresh, but of course as they were the real thing probably wouldn’t last very long in there. You could try it with some artificial ones perhaps, or use a small cactus or plant which doesn’t need much watering. 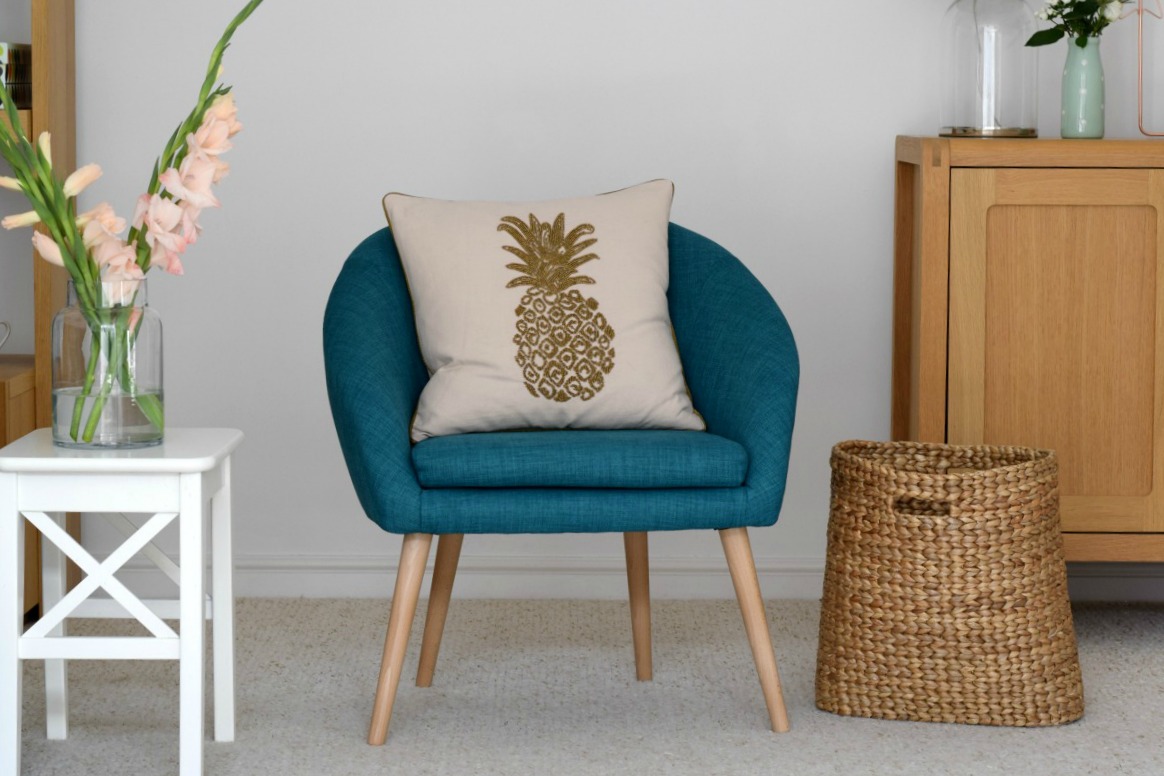 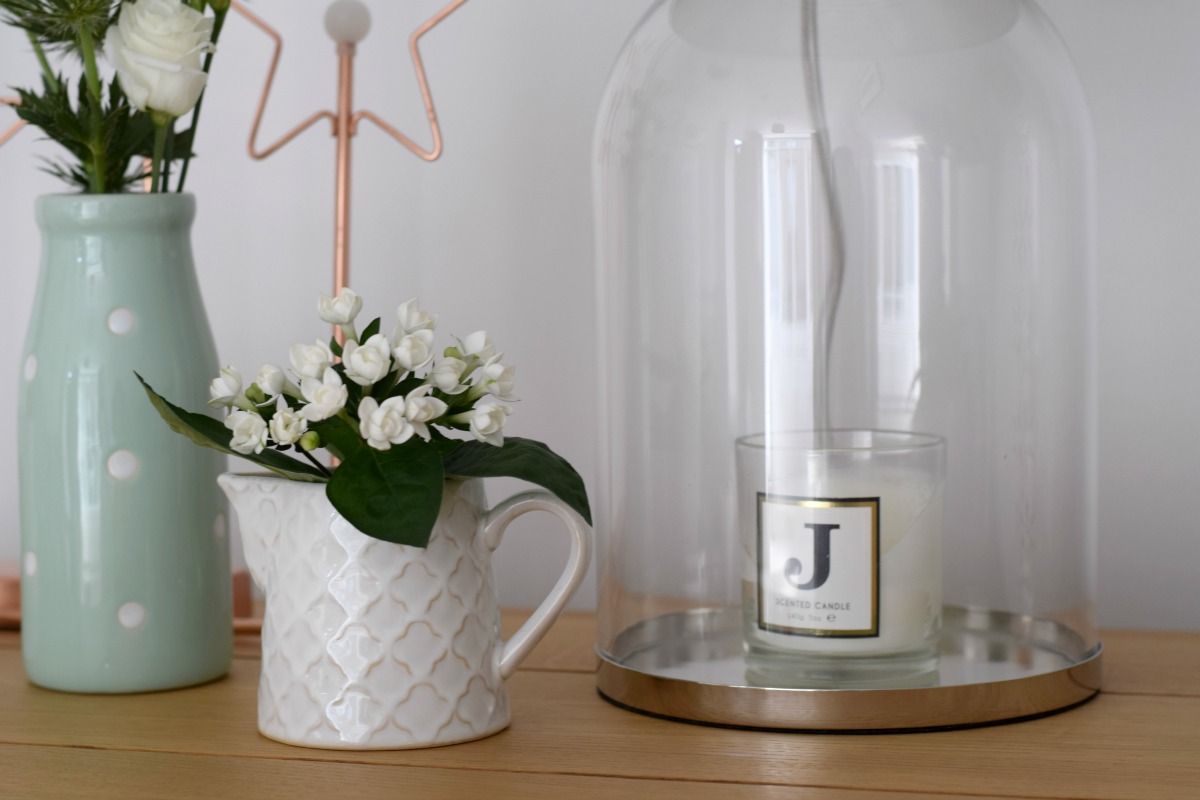 The candle looked really pretty, and I have no shortage of those – along with buying mugs, scented candles are another addiction, not a bad one to have I don’t reckon. Not harmful to your health, just maybe your bank balance! The lamp just looks so classy though, and I love how the glass catches the light.

The copper star lights on the sideboard next to the lamp are from Ikea, I bought them just before Christmas last year but have kept them out on display ever since. When I photographed them for the Instagram takeover they got quite a lot of love, but I’ve looked on the Ikea website and sadly don’t think they are in store again this year.

As this room is slightly larger than my previous lounge, I’ve invested in a few new chairs to go with my huge comfy grey sofa bed, which I was absolutely not parting with. I chose this teal one from Made, along with a second, light grey armchair which I’m still waiting to be delivered.

The teal chair was meant to sit in the bay window but until my armchair arrives I like it over this side of the room, with a cushion or two on it really is a nice place to sit and drink tea (or write blog posts).

I love this Pineapple cushion from Laura Ashley, it has just the right amount of kitsch and is pretty sturdy. It’s been in my house for several weeks now and no beads have yet been picked off by tiny hands. I also really like their pineapple lamp bases and shades, it’s such a cool design.

The small brass finish lantern-style tealight holder is one of new favourite accessories too, it’s been moved around the house from kitchen to bedroom to bathroom, and has finally made it’s home down in the lounge. It has a cute little door that opens to put a candle in, and a mirrored base to reflect the light.

One of the first things I wanted to do in this room was to repaint it, and I finally settled on a light grey shade which I will write more about soon. It was such a mammoth hunt to find the right shade I think it needs it’s own post!

What do you think?

This post was written in collaboration with Laura Ashley.

If you want to see a few photos from our house when we moved in, you can do so here. 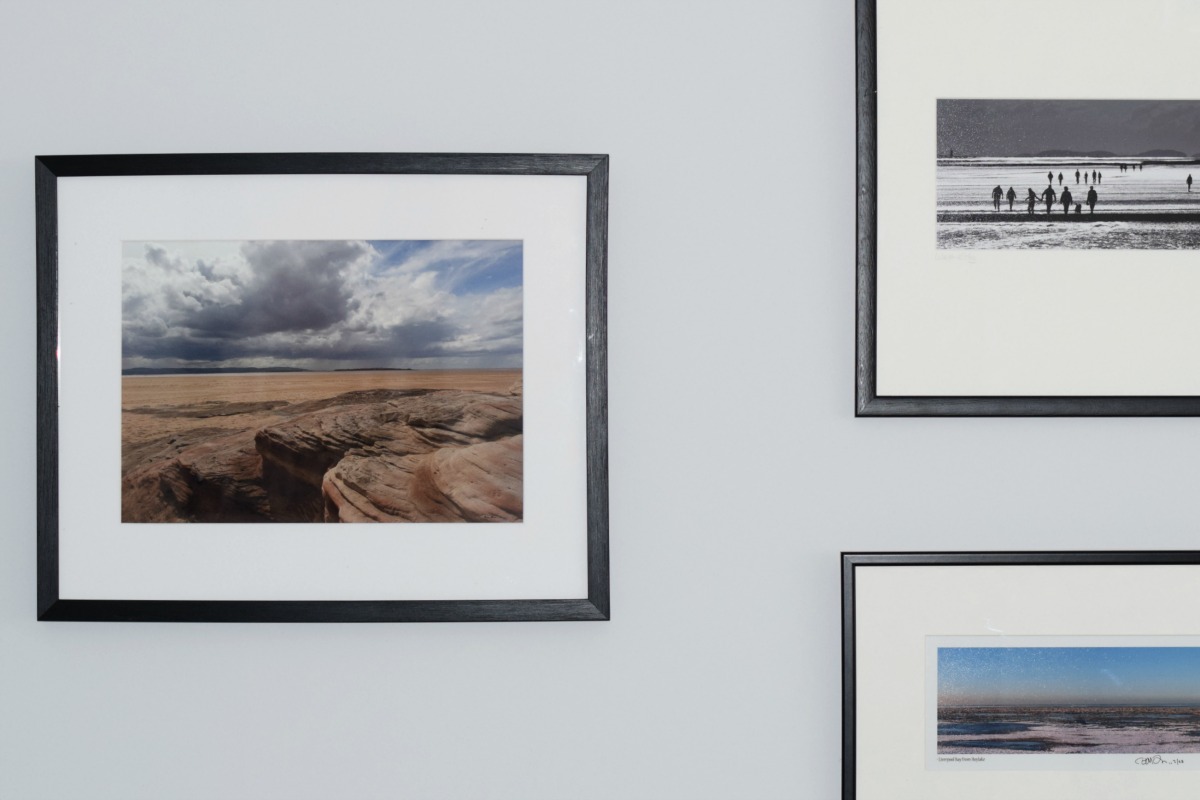 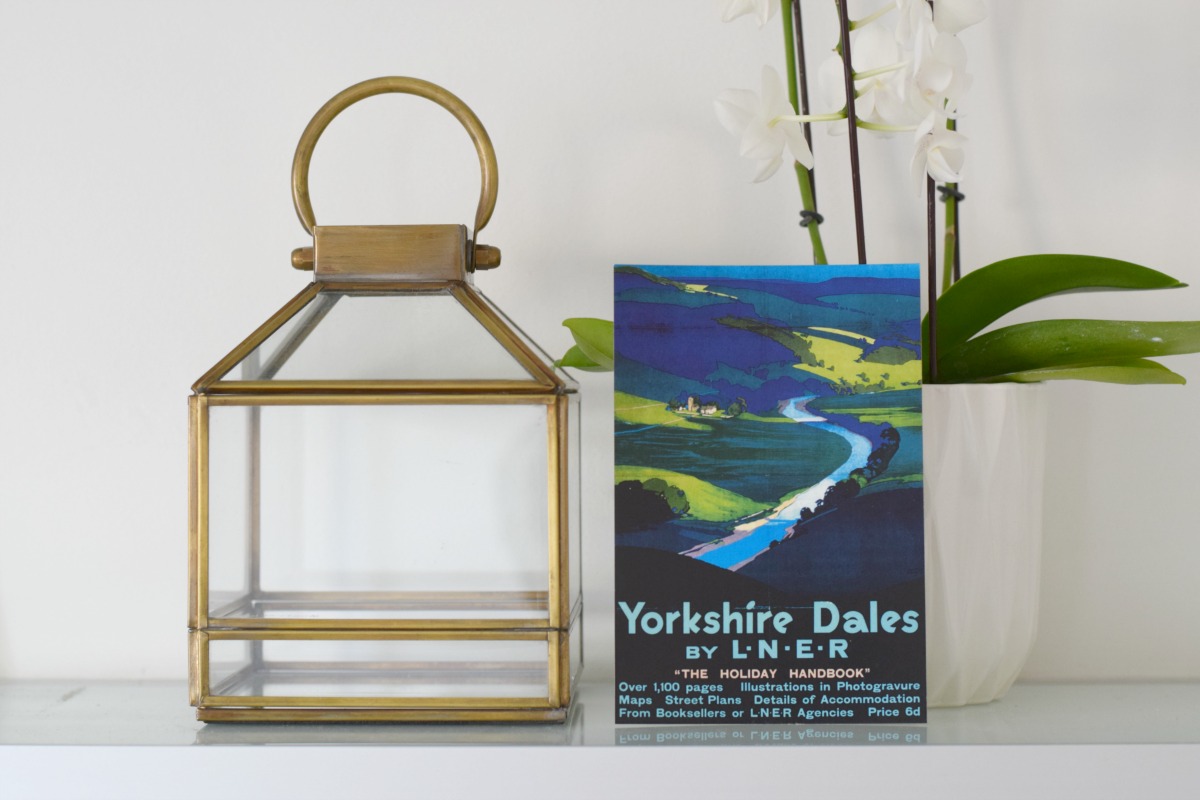 As time goes on I seem to be writing less about the sad parts of our lives and more about...