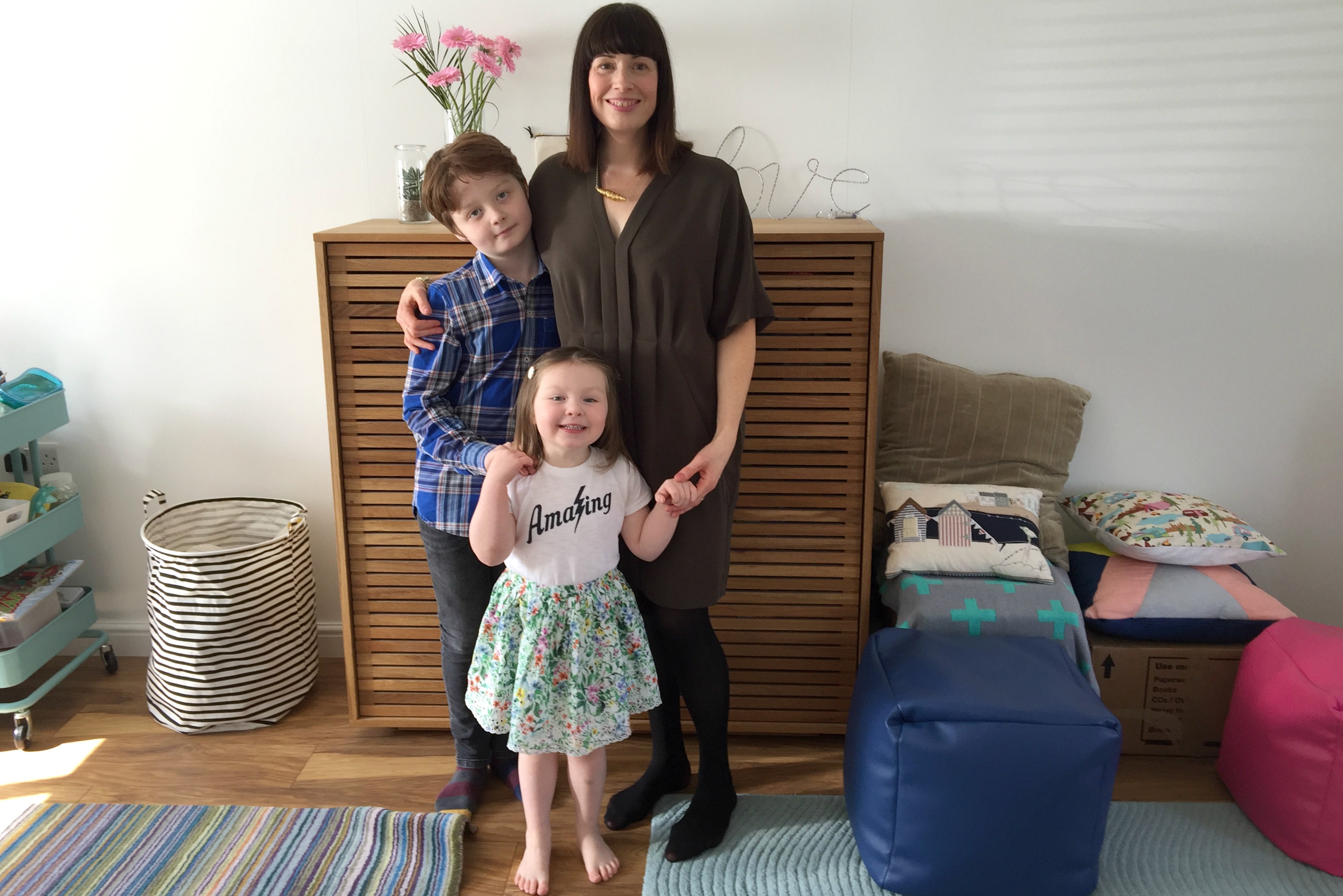 March was a big month for me because it was – wait for it – just in case you hadn’t heard – my birthday! I turned 40 just a few days ago and am in the middle of at least a week of festivities, including a family party last weekend, a lunch out with my mum and sister on the day itself, and a Club Tropicana-themed party for friends near and far this weekend.

I love birthdays but haven’t really celebrated much over the past few years. It just hasn’t felt right and I haven’t felt like it, but this year I knew it would be different. When Roger was alive, I always planned that we would have a big party to celebrate both of our big milestone birthdays.

The celebrations began last weekend when most of these photographs were taken. I had my side of the family over to our house on Sunday afternoon, for a late lunch, prosecco and birthday cake. 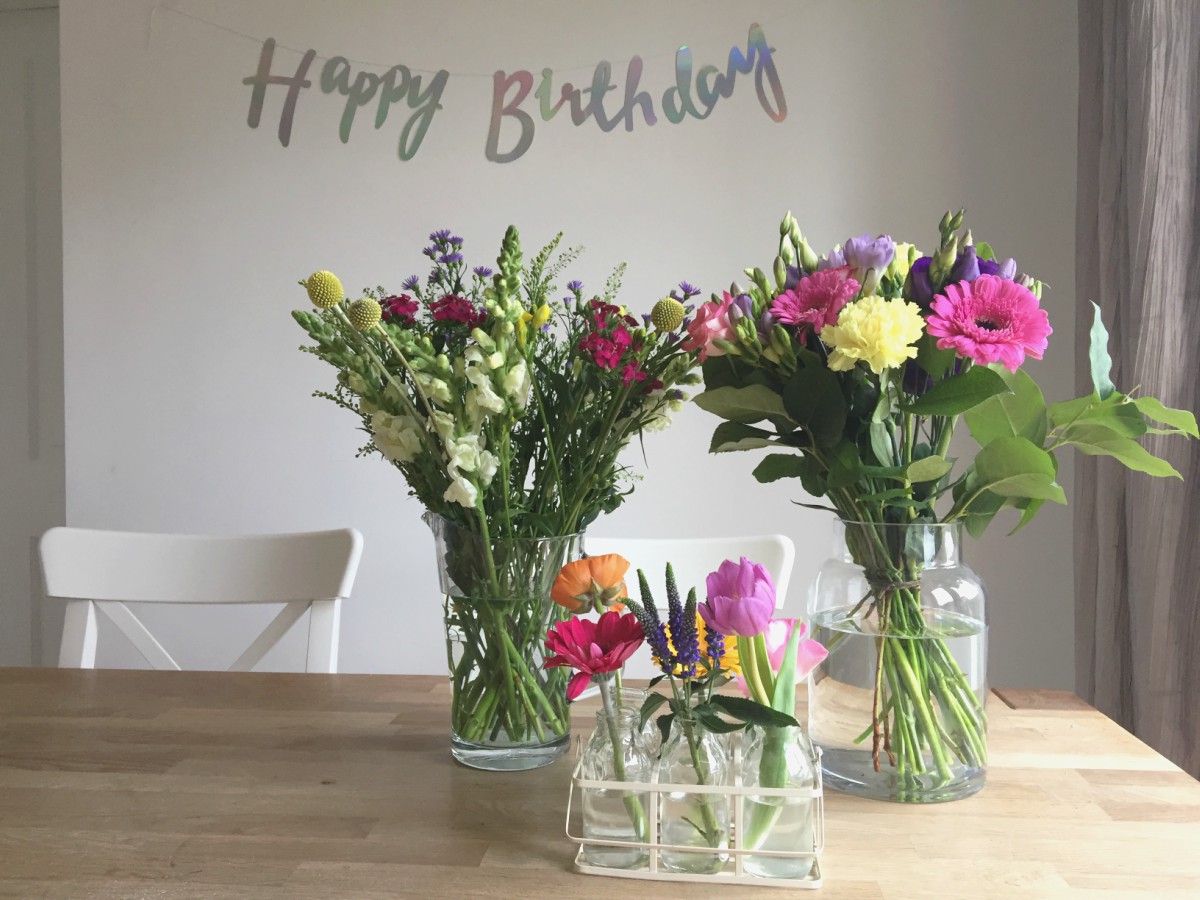 There were 20 of us – 11 adults and nine children – and it was really good to be able to host a get together for everyone for the first time since I moved house.

Growing up, my sister and I were very close to our cousins and spent lots of family holidays and every single Christmas together. As we got older, we’d see each other out on a Friday night at the pub and now we have our own children, it’s fab to see them getting along too.

I like my house to be a sociable place and really loved having everyone over. I think now more than ever it is so important we make a point of celebrating the good times, being kind to ourselves and the ones we love and appreciating what we have while it’s here.

As it was a special birthday, I’d organised some entertainment for the kids to keep them occupied; with nine of them aged between three and 11 things can get a bit hectic and I didn’t want them to be bored so an hour in to the party, two men from a company called Bricks 4 Kids arrived to start building Lego in a big way. 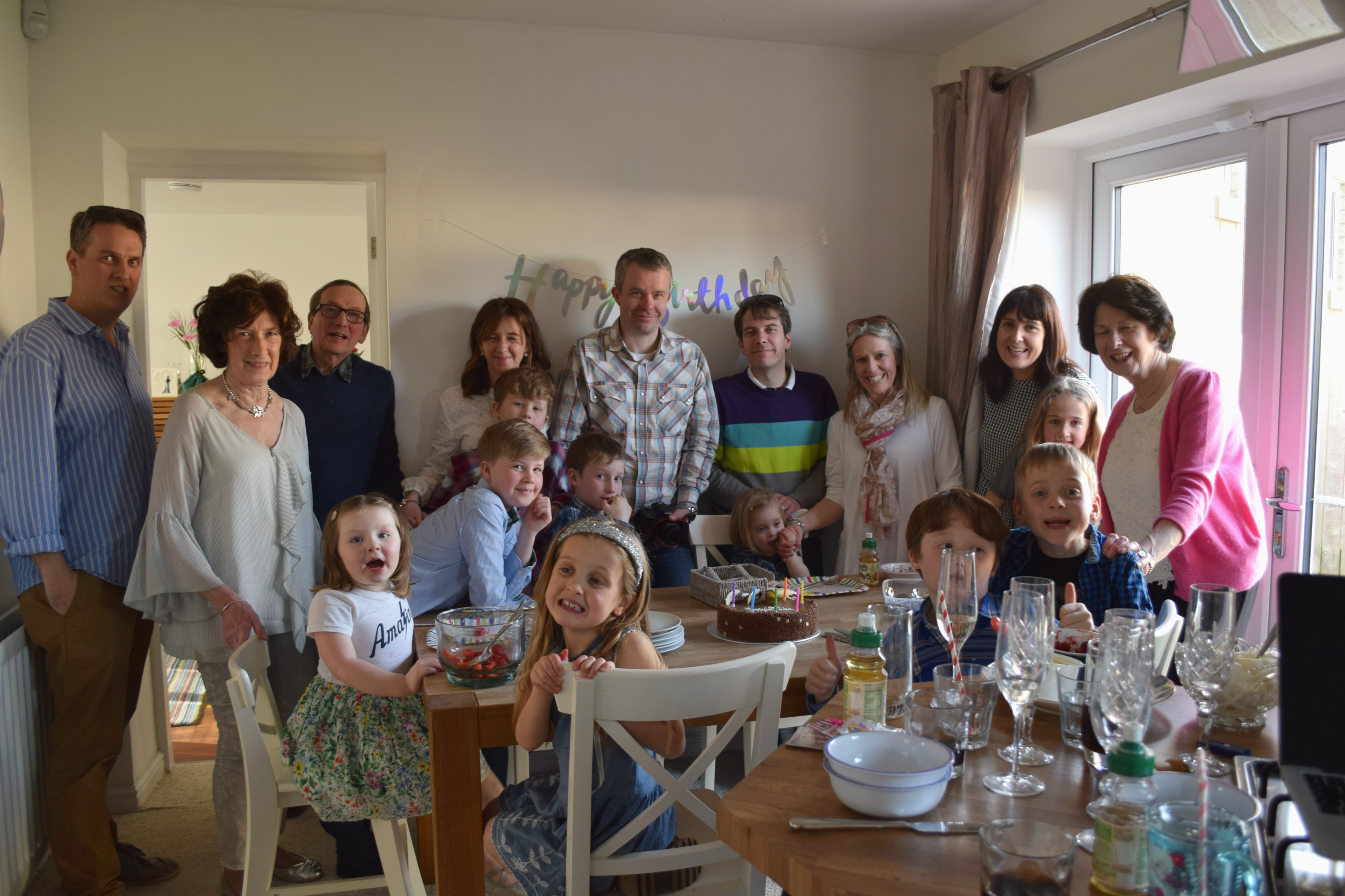 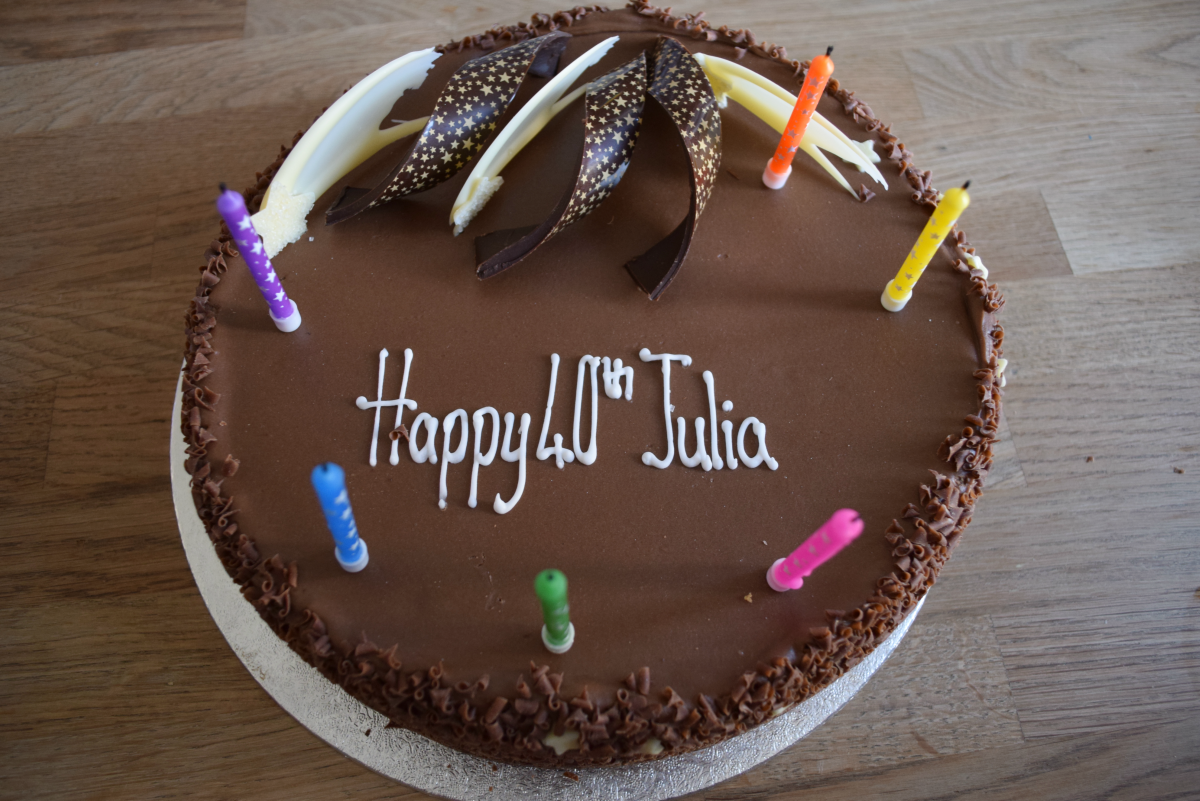 As we have the playroom joined onto the kitchen, it was a perfect spot for the Lego to go on while we watched and chatted in the kitchen. ‘Party people’ Ben and Jake arrived with a huge stash of Lego and they started creating all sorts of vehicles and houses with the little ones.

After 45 minutes of free play, they started some games which all the kids loved. Things like knocking down Ninja turtle-shaped skittles made from Lego, firing at targets with Nerf guns went down a storm. Plus, my windows and new radiator survived the shootout!

On my actual birthday, I was woken up by Sam and Flo and we opened presents in bed, a tradition for everyone surely? I always used to insist on having a cup of tea in bed on my birthday but now I’ll have to wait until Sam’s old enough to make me one! As it was a weekday, I dropped the children at school and nursery and went to the hairdressers (my fave thing) before meeting my mum and sister for lunch.

We went to Harrogate to a tapas place called La Feria, on Cold Bath Road. It was absolutely gorgeous and such a treat for a Tuesday lunchtime. If you can’t drink Sauvignon at midday on your 40th well when can you?

The evening was filled with more fun, love and laughter when a few friends came over and we had pizza and er, more wine, and shared the rest of my birthday cake with our little ones. 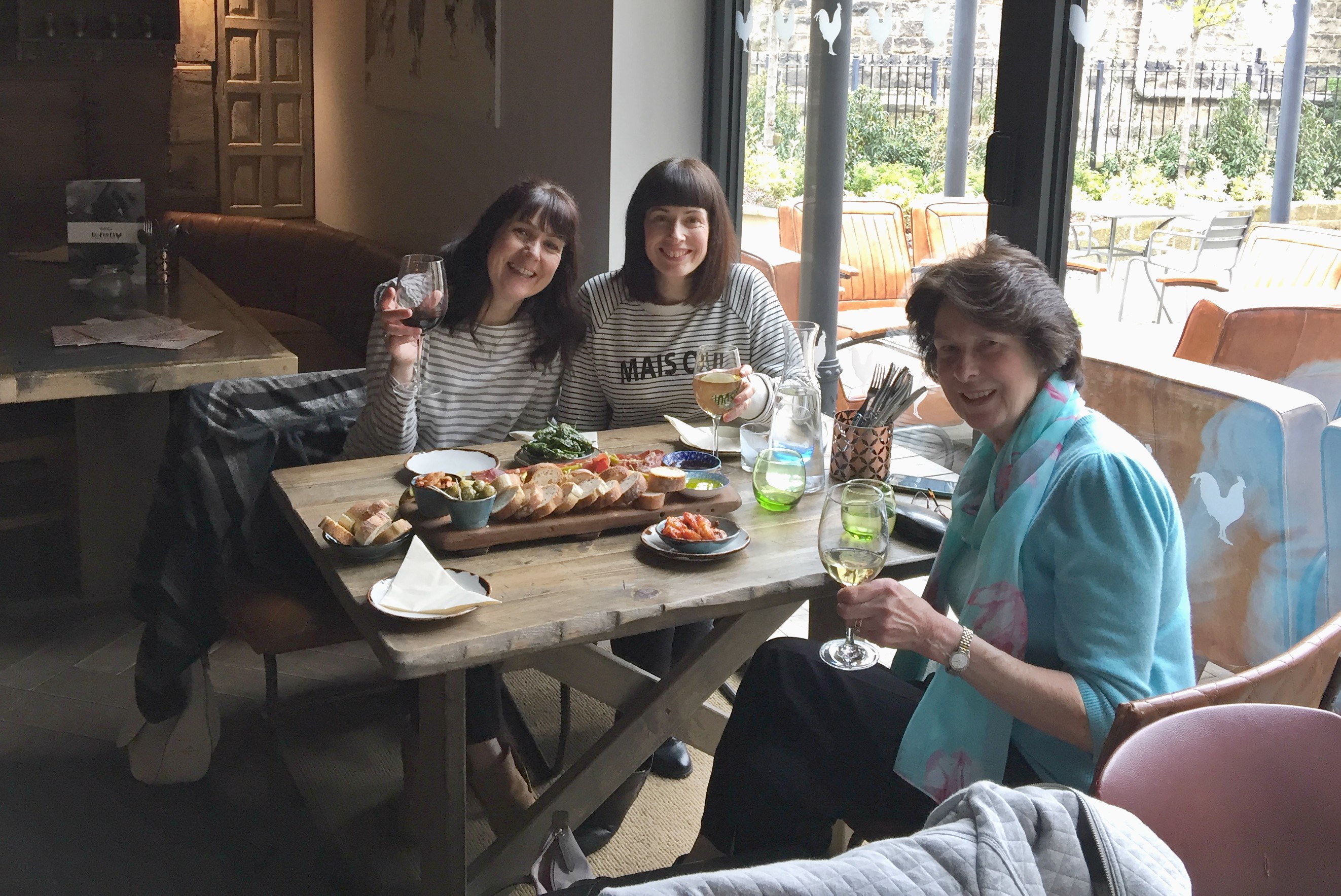 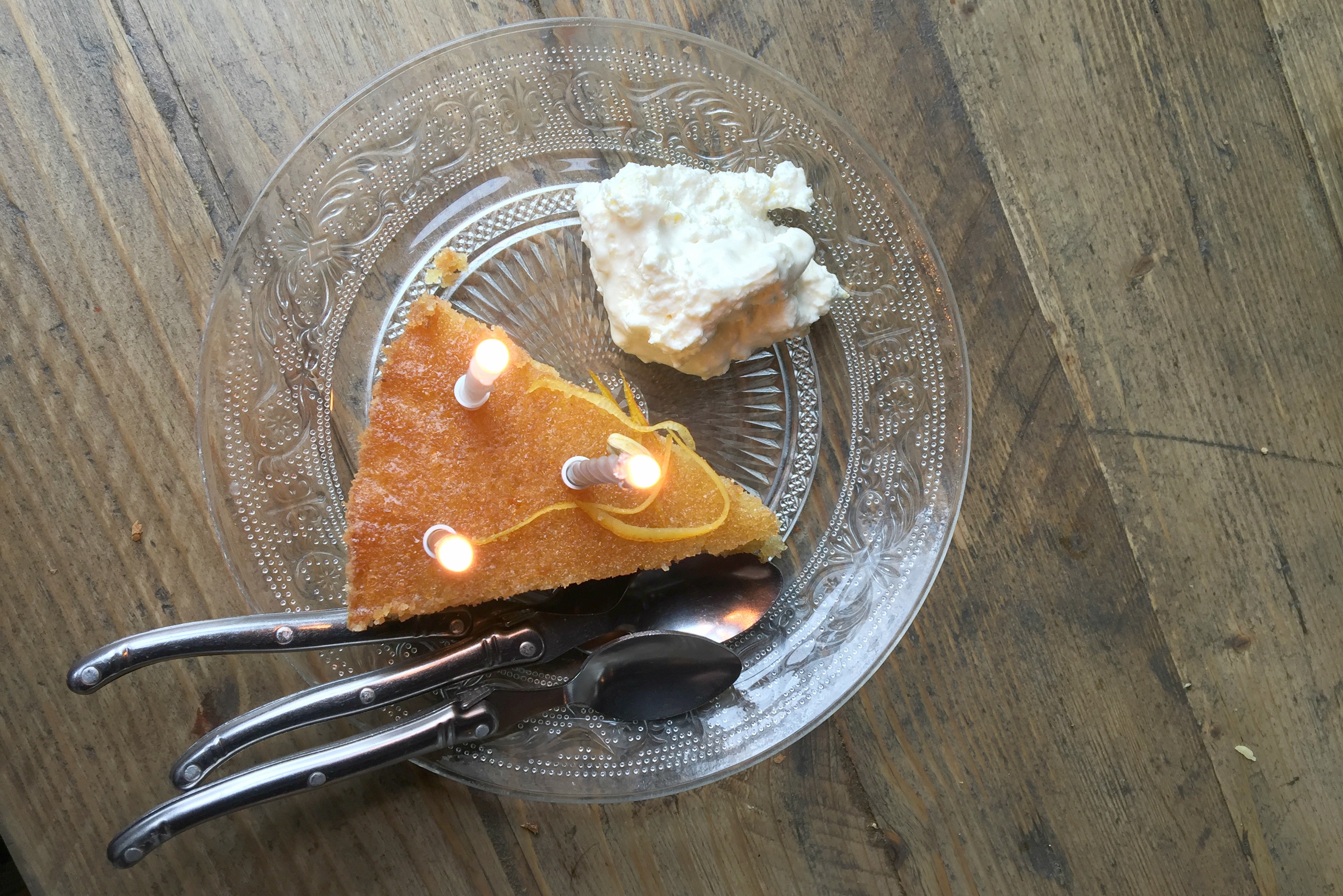 I don’t think Sam and Flo are used to me dragging my birthday out for so long but I like that they can see me celebrating and feeling happy. A happy mama means happy little ones, no?

I have a big party planned for tomorrow night, a Clup Tropicana-themed fancy dress party in our local sports club. As I write this, my yellow heels are waiting, my spray tan is strong and my hair is about to be crimped for the occasion!

I have a stash of decorations ready to make the room look fun, including the best inflatable palm tree and a cardboard cutout of a hoola girl and her man stood on a beach! Pure class awaits!

That was the last week of March – the beginning saw us go away for a weekend to the South Lakes, and most excitingly of all I learnt that I was named as a Mark Warner Ambassador for 2017. This means I will be taking Sam and Flo away for a week to a Mark Warner resort to find out how to holiday as a single mum in style. Hopefully in a few weeks I will know where we’ll be going, so I can’t wait to share that with you as soon as I know.

Thanks to everyone for your kind comments and congratulations on that, I was so thrilled to be named in the six winners and it really does mean a lot to me and the kids. Just when I was wondering whether I’d be able to manage taking them abroad on my own this year, along came the opportunity and push that I needed.

Just one of the things I’ve felt have been a sign from someone sending me love and luck lately.

April will continue as party month, not only with my club Trop party but next week it would have been Roger’s birthday and we intend to mark it as we always do. The following week Sam turns eight, so Spring really is party time in our house!

Thanks again for all you love and best wishes on my special birthday, 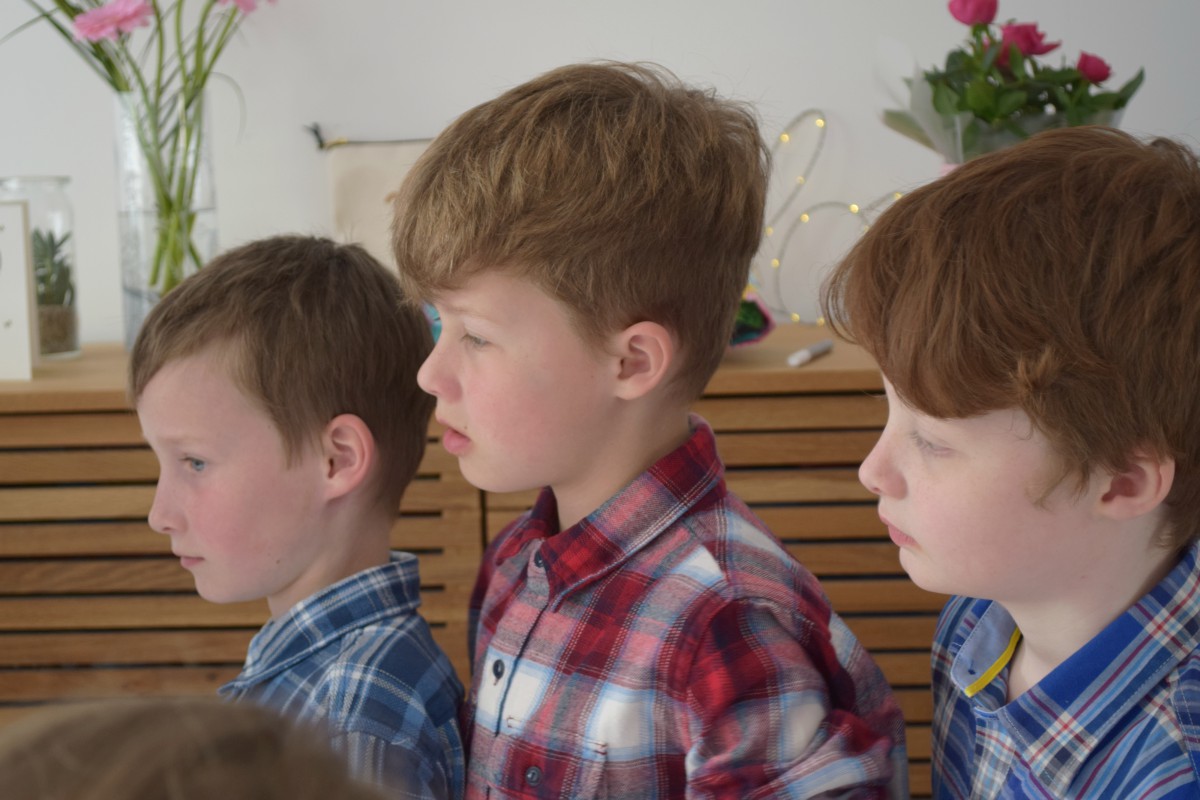 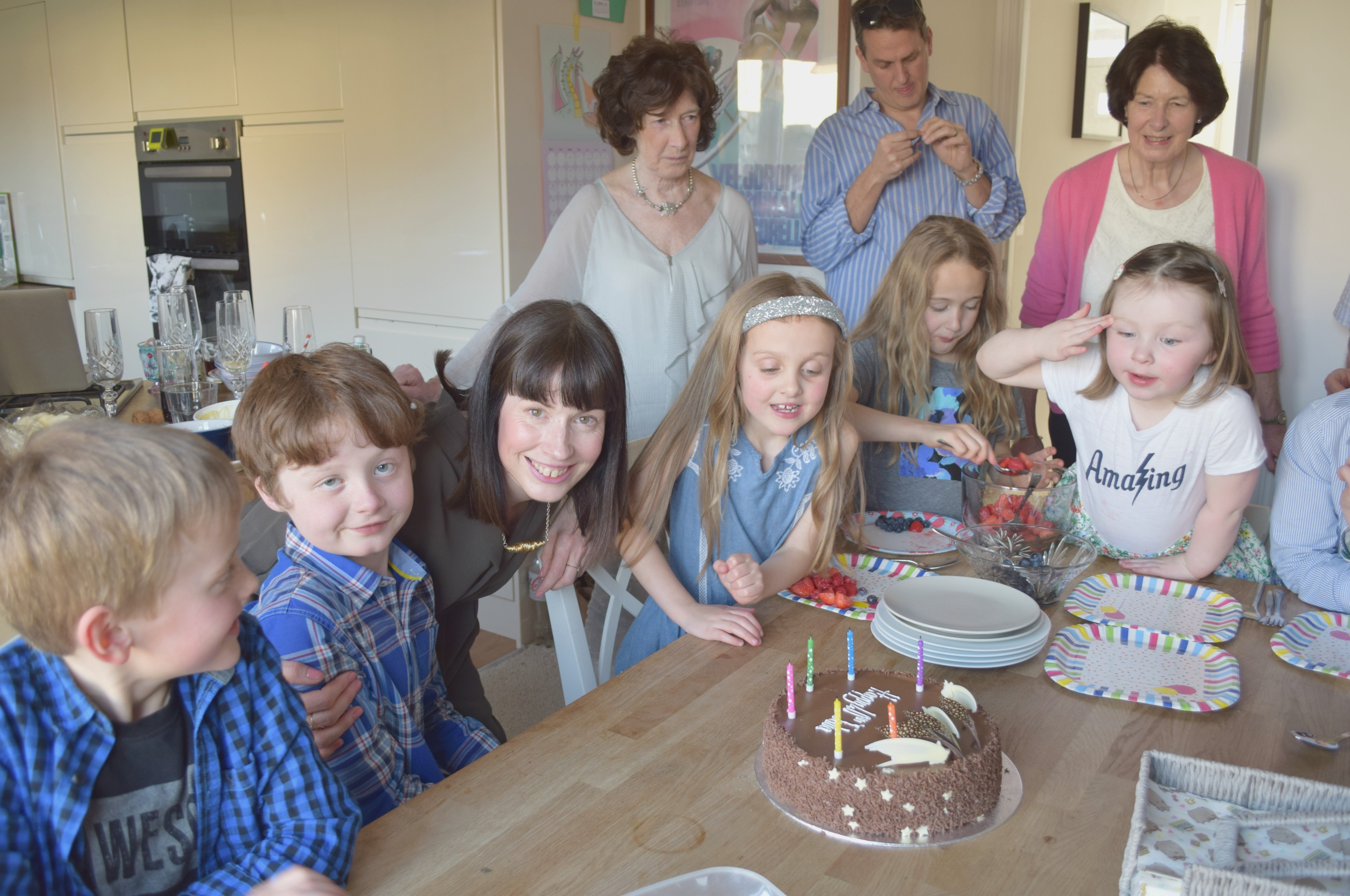 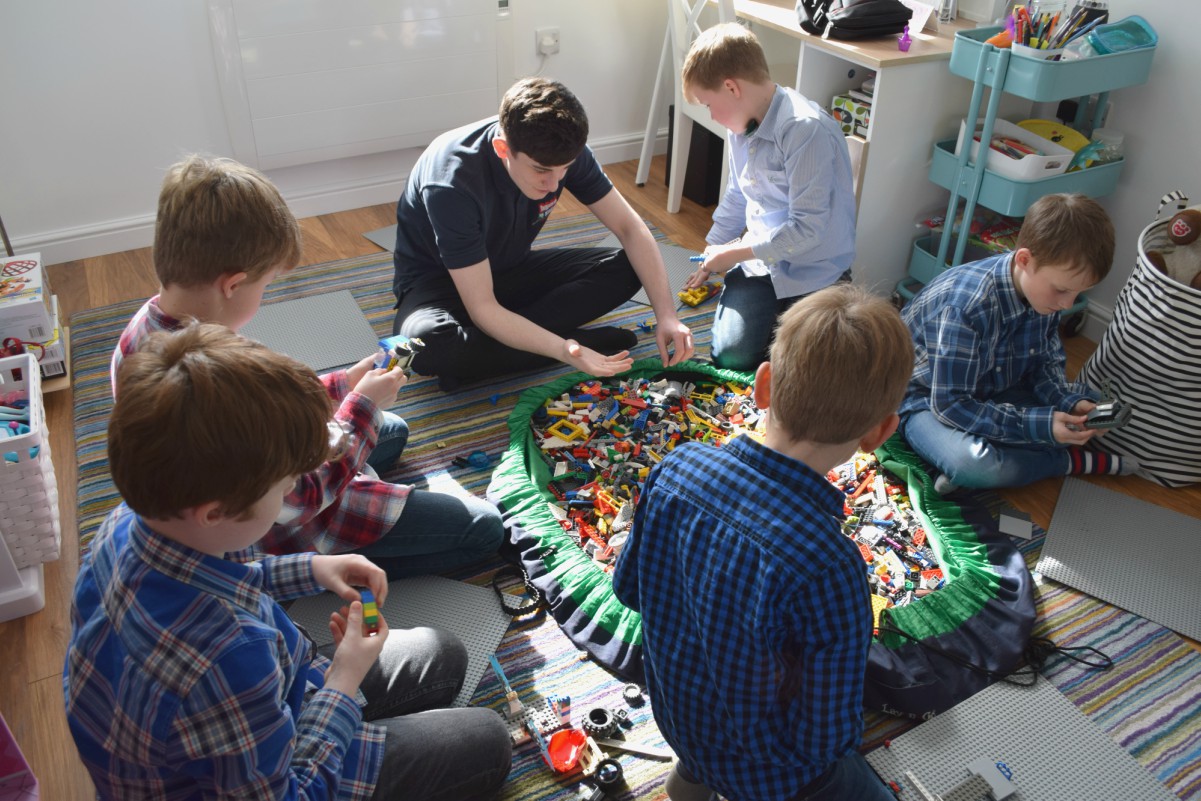 Should parents have all the answers?

I have a big birthday coming up. Forty is fast approaching to the point where the final week of my...