I was reminded this morning, thanks to Facebook and those little notifications that tell you what you posted on this day in the past, that it’s been two years to the day that Roger was admitted to intensive care. Not for the first time but for the second and final time, as when he was to come home it was with the knowledge that he had cancer and it was terminal.

Not a great thing to be reminded of, hey? Thanks, Facebook.

That was 10 January 2015. My husband died on 17 July 2015. It’s coming up to 18 months, and when people ask me how long ago it was I can no longer say last year, I have to say ‘oh, it was 2015’, which makes it sound like ages ago. It doesn’t feel like ages ago though, it still feels raw and I still have moments where I forget he’s gone and think about telling him something, a joke or a funny anecdote, and then remember that I can’t.

If you’d have asked me where I thought I would be 18 months on I don’t think I could have told you, so luckily I have no expectations to answer to. In that time I have sold our house, moved to Yorkshire, started the children at new schools, changed my job, renovated parts of the new house, and gone vegan! I think he’d like that last part, being a long-term vegetarian and animal lover, although I don’t think he would have been happy about having almond milk in his tea. 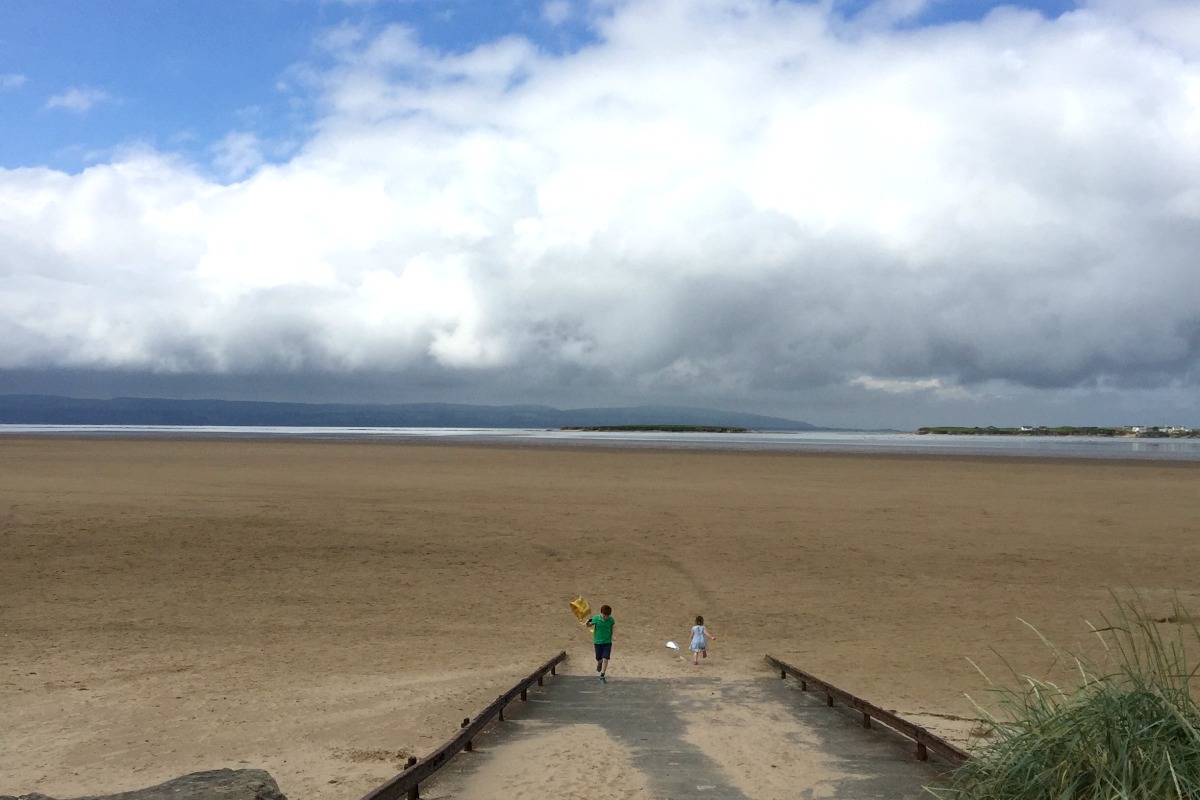 I still have half of Roger’s ashes in my bedroom, after scattering the first half on the beach in Hoylake. I’m still wondering when and where I should let them go. I’m starting to plan a party for my 40th birthday – which should also have been his 50th – and wondering if I’ll be brave enough to take Sam and Flo abroad on my own this year.

It’s hurdle after hurdle, but on the sad days it does help to think about how far we’ve come. We’ve got here not by changing anything major, or following any sort of magic formula, but by just trying to move forward day by day. By just managing. Just surviving. Just being good enough.

So if you’re reading this because you too have lost someone you love and are wondering how to get through, I’m not sure I have any answers. I can say though that managing with daily life has got easier, the big waves of sadness are less frequent, but I don’t imagine they will ever go away.

And I wouldn’t want them to. After all, they are a reminder of you, of what we had and of what I lost. I know if you were here now you’d give me a hug and help me through, so just by pretending you are there to do that helps me stay strong inside.

My life has changed so much and so have I, because what I’ve been through has given me a perspective on life that I never thought I could have. I feel stronger, as I’ve already been broken and I’m still here. It’s not something I’d wish on anyone but I guess it’s one positive out of not very many.

Six months and looking for inspiration

I have been vegan for four days now. It's not a permanent lifestyle choice, more something I wanted to do...