Packing away my husband’s things (or trying to) 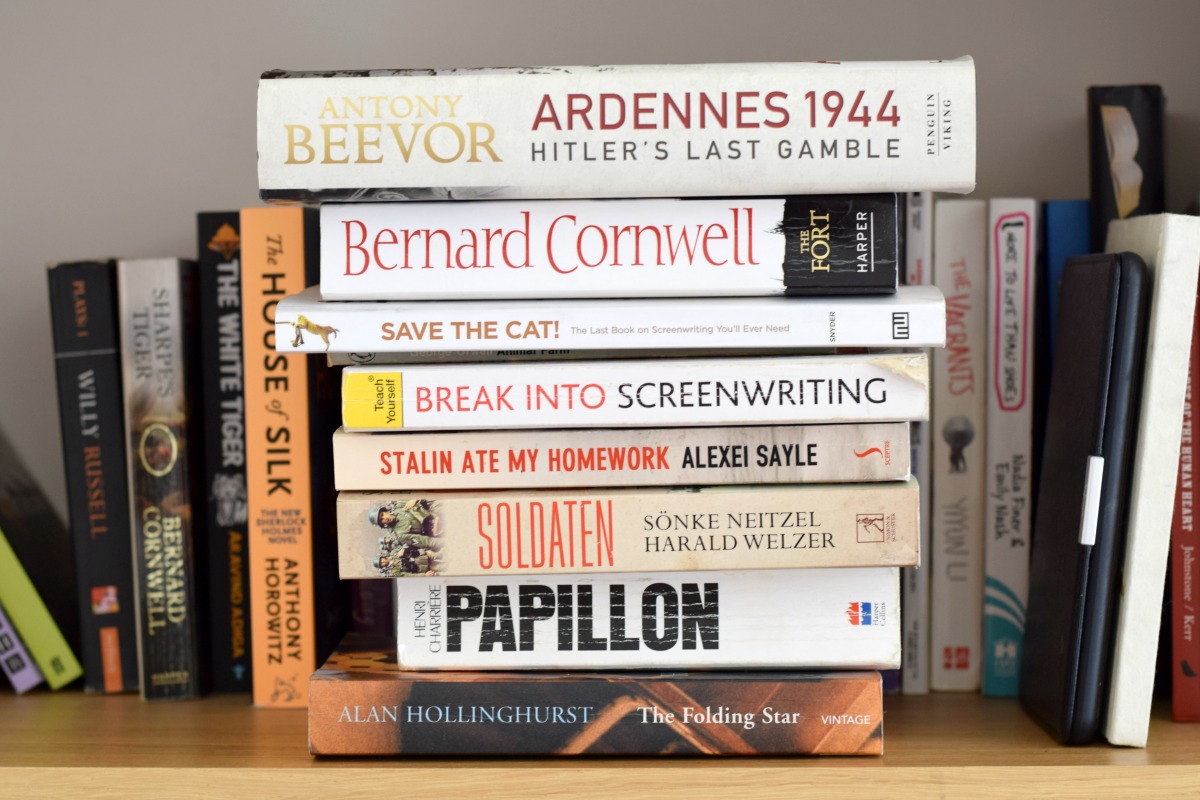 It’s been a few weeks since I wrote about my plans to move house and try to find somewhere to live nearer my family in my hometown. Well since then, quite a lot has happened as just when I was starting to wonder if I’d ever see a house I liked in my price range, the perfect one came along and on the same day I accepted an offer on my own.

And then, wahh! What I knew I had to do had suddenly become real. I’ve begun to think about the practicalities of packing the house up and transporting them from Wirral to Yorkshire. I know it will be hard work, and very, very tiring, but it’s not that that worries me.

My biggest challenge will be having to sort through Roger’s things and decide what to keep and what to do with the rest. The job that I’ve been putting to the back of my mind for the past ten months is now rising to the top of my to do list, and there’s no getting away from it.

So when is the right time to do this sort of thing? After all, there is no guidebook for widows, no signposts in grief. I suppose some people do it right away, others I imagine could leave their spouse’s things where they were for years before having to do anything about them. People have offered their advice but few really know what the experience will be like. After all, I need to pack away a life I was so happy in, part with things that belonged to my husband and although of course I know he’s not here, I still can’t accept he won’t be coming back for his things.

Those times when I’ve moved things around in our wardrobes and found clothes of his which need an iron or a wash, I’ve put them in the laundry basket and sorted them as I would have done, before hanging them back up in case he feels the need to come back for them. 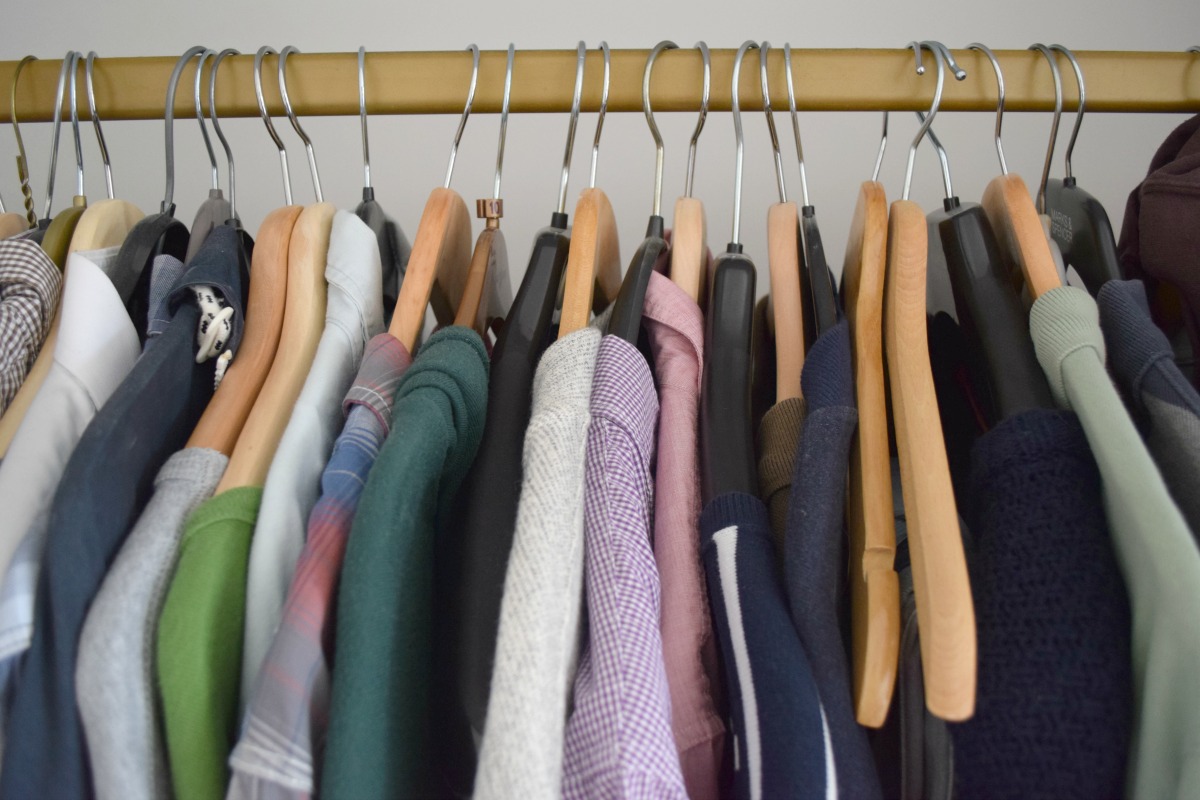 It’s like I know he isn’t coming back but it just feels so wring moving his things out of the way. It’s comforting to look at his clothes lined up; each shirt brings back memories, and looking at them makes me smile. Well sometimes they make me smile, other times they make me cry, especially when I hold them to me and remember what they smell like, remember what it felt like to have those sweatshirts pressed to my face when we hugged.

I’ve come to realise though that I don’t need to get rid of them all just because we’re moving. I can sort out my favourites and pack them up to either deal with later or more likely just keep them forever! I know you can have things made from your loved one’s clothes like blankets and teddy bears, but I’m not sure I want to see them transformed into something else just yet. For now, they will remain Roger’s shirts and they will move with the rest of our things to our new house.

It helps to think about what Rog would have done if he were here, if I had been the one to go and he was the one sorting out my clothes. He wasn’t sentimental about material things really and loved a good clear out. He always used to tease me about his ‘one in, one out’ rule when it came to clothes and the things I stashed away. Enter the bright red flared French Connection trousers, a size 10 which fit me perfectly when I’m at the bottom end of my weight range, if you know what I mean. If I fit into those babies, things are good. The red trousers must stay!

When it comes to sorting out Roger’s books it’s a little harder, but at least we had the foresight to plan for these before he passed away. I had forgotten about it until the other day but in the last weeks of his life I asked him to write a list of his favourite books so we could read them and feel close to him when he’d gone. 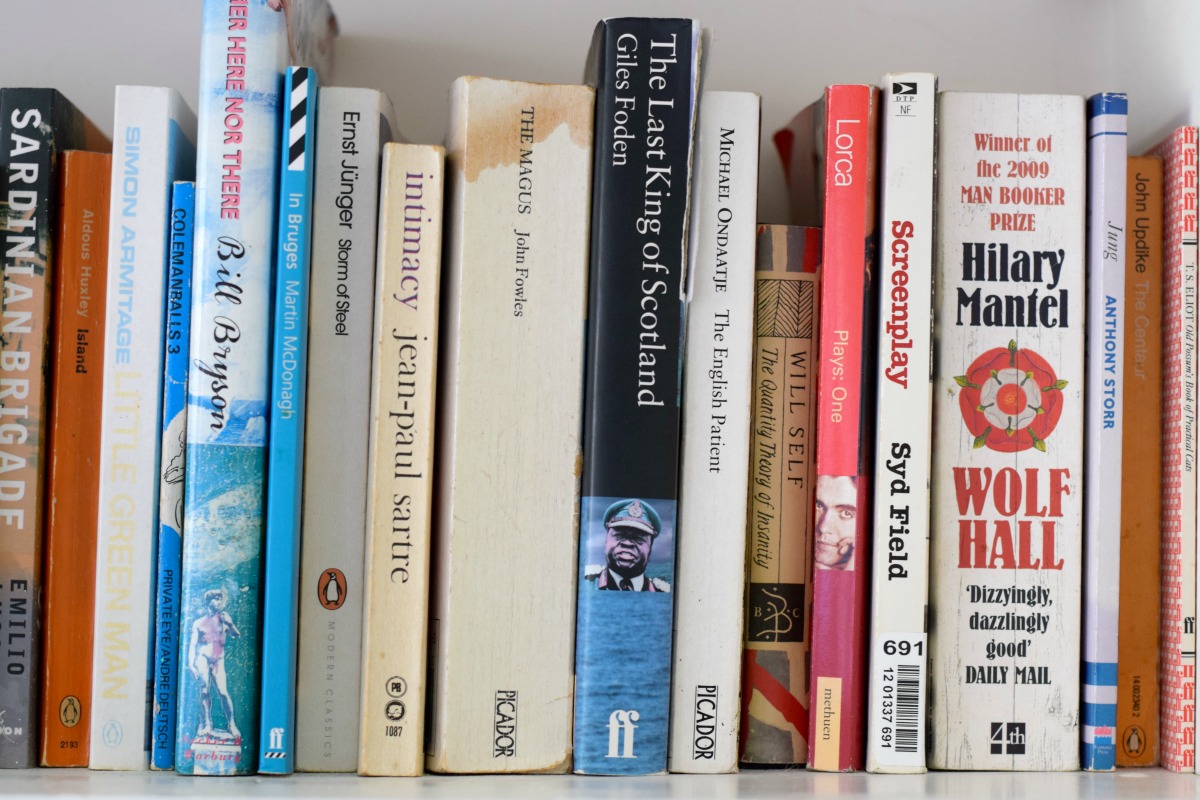 You can kind of get an idea from the photos that he liked fiction, but also read a lot of books about war. When I texted a photo of some of these books to a friend she quite rightly pointed out that ‘Soldaten – On Fighting, Killing and Dying: The Secret Second World War Tapes of German POWs’ looked a bit heavy, and there is kind of a theme!

There are so many books about war – generally the Second World War – which I don’t think I will ever read, but Sam has already said he’d like to have them when he’s older, so they are going in the loft.I did read Birdsong on Roger’s recommendation though and loved it, so maybe I’ll progress to Soldaten.

The books on the list will be set aside but I don’t think they’ll be packed away as I want to keep those out and on hand to read. The book list was an idea borrowed from a friend who lost his mother as a child. He told me he only knew of one book which his mum liked, and had read it several times to get some clue as to what she might have been like if he’d known her as an adult, a woman rather than a mum seen through a child’s eyes. I’m so glad we have this list and if you’re curious to know what’s on it, here are some of the titles. I’ve just looked it up and seen it was written on 29 May last year, just over a year ago.

I won’t write it all out, I’ll just make a briefer list but I particularly like the line he’s written that says: “I also enjoy reading a lot of non-fiction, though most of that would be about war or murderers, so it’s not to everyone’s taste.” Just what I was saying!

Ernest Hemingway – For Whom the Bell Tolls.

Irvine Welsh – Most of them!

Also Birdy by William Wharton, The Line of Duty by Alan Hollinghurst, Rushdie’s Midnight Children, and The Remains of The Day by Ishiguro.

Some of his non-fiction favourites are Forgotten Soldier by Guy Sajer and Evil Angels by John Bryson (no relation!).

So back to the packing away, and my progress so far has been slow. I’ve sorted a few things from the loft, tidied out the outhouse (finding many cans of out of date beer in the process. I know!), dug out my summer clothes (most of which don’t fit, sob), but have I sifted through Roger’s things? Not really. I have managed to part with a dressing gown, some shoes, a golf jacket, a few old jumpers but not much else.

It will come in time I’m sure, and if I end up moving with all of it, well that’s just what I’ll have to do. It’s a long game, after all. 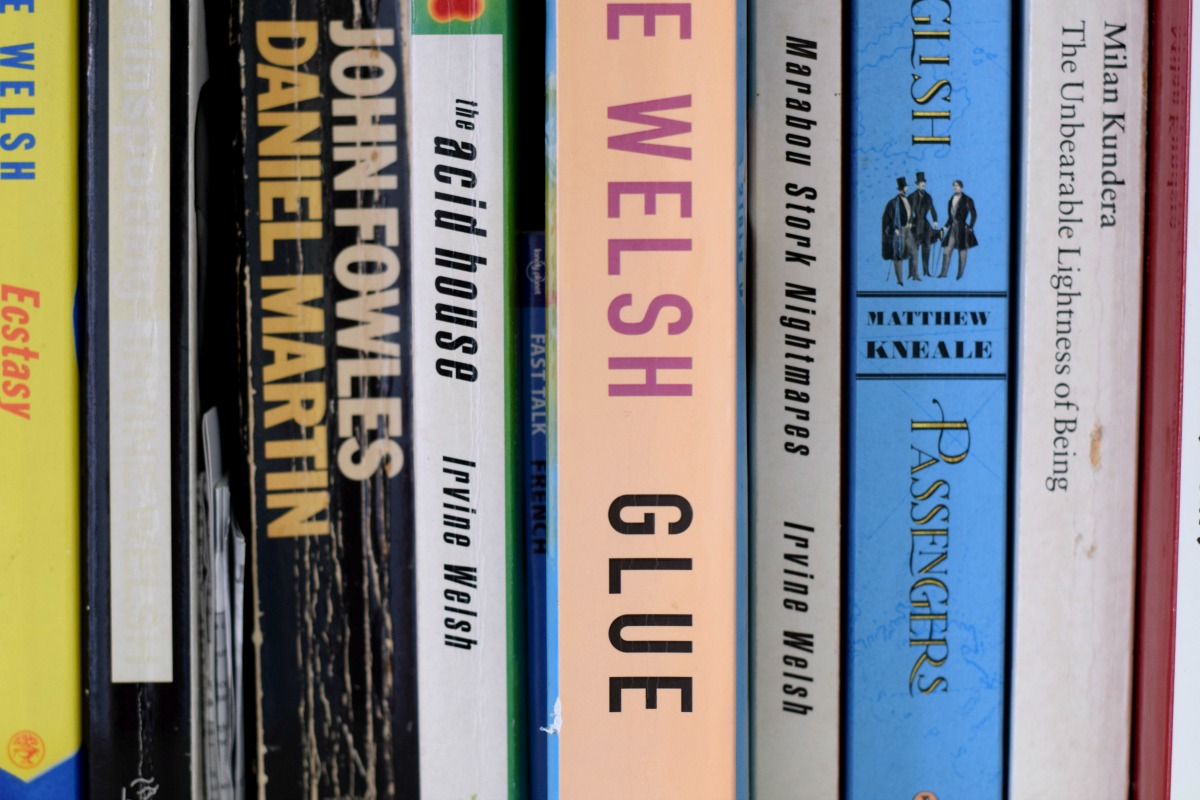 Linking this post to Marvellous Mondays with Hello Archie and My Petit Canard.

On the last weekend in May we went to Geronimo Festival at Tatton Park - a family festival set in...