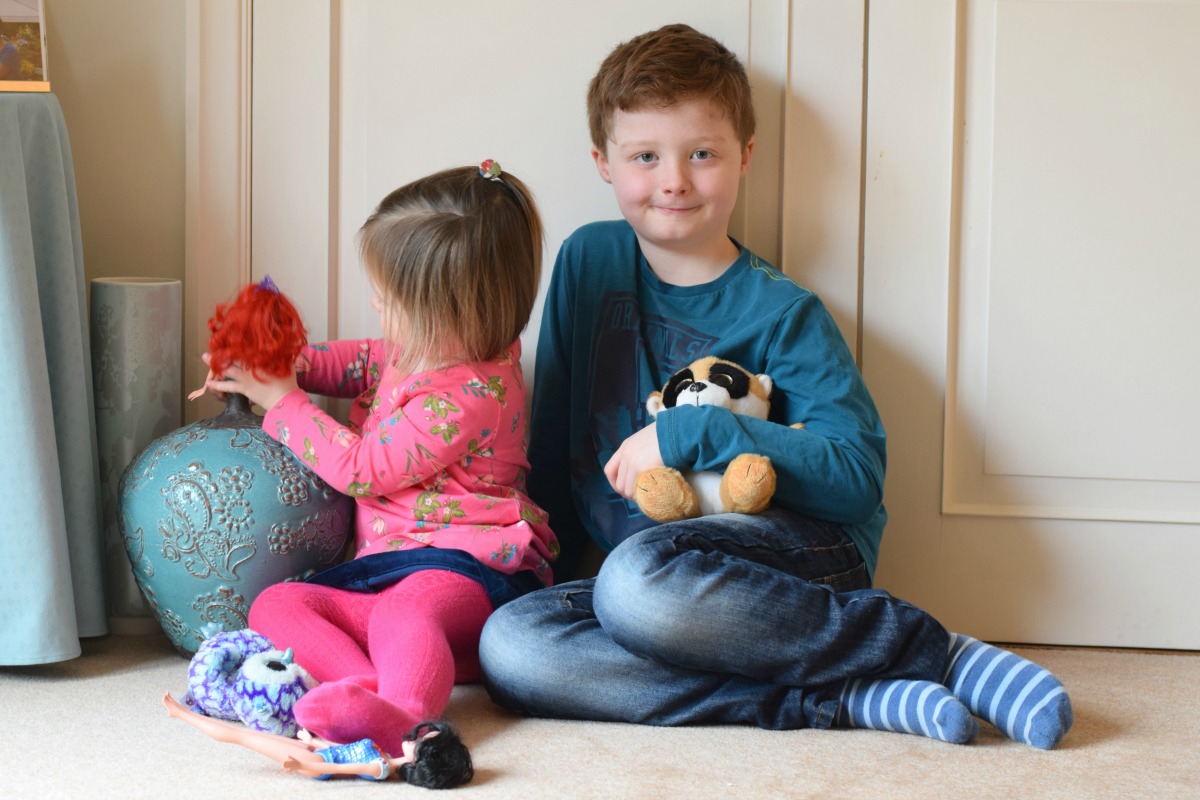 These two are so close I love watching them when they’re playing together and being the best of friends. There are four years between them, and the older Florence gets the more they get out of spending time together and joining in with each others’ games.

This isn’t to say of course that there are no fights – there is plenty of bickering, especially as Sam likes to tease his little sis and she doesn’t always take it with a smile. They both like to get their own way and neither likes to back down, which when I’m tired can be unbearable but mostly I can laugh about it and try my best not to take sides.

Sam is old enough now to enjoy helping me out by telling Florence a little white lie to tame a tantrum – by saying she has more food on her plate than him, for example, or that they will both be doing to bed at the same time when he’s sometimes allowed to stay up a bit later.

He’s terrible at doing exactly what he’s asked not to though, like when I’m going out and I tell him not to tell his sister, what do you think the first thing he does it?

In many ways he has stepped up a little like the man of the house, and as he is so tall for a six year old I often forget how young he really is and expect a lot more from him. When Florence was born and her dad was in hospital, he helped me out so much with bath time, playtime and fetching nappies and wipes from upstairs when I needed them. He must have adopted some sort of ‘main man’ kind of responsibilities, even though he’s still so young to take them on. 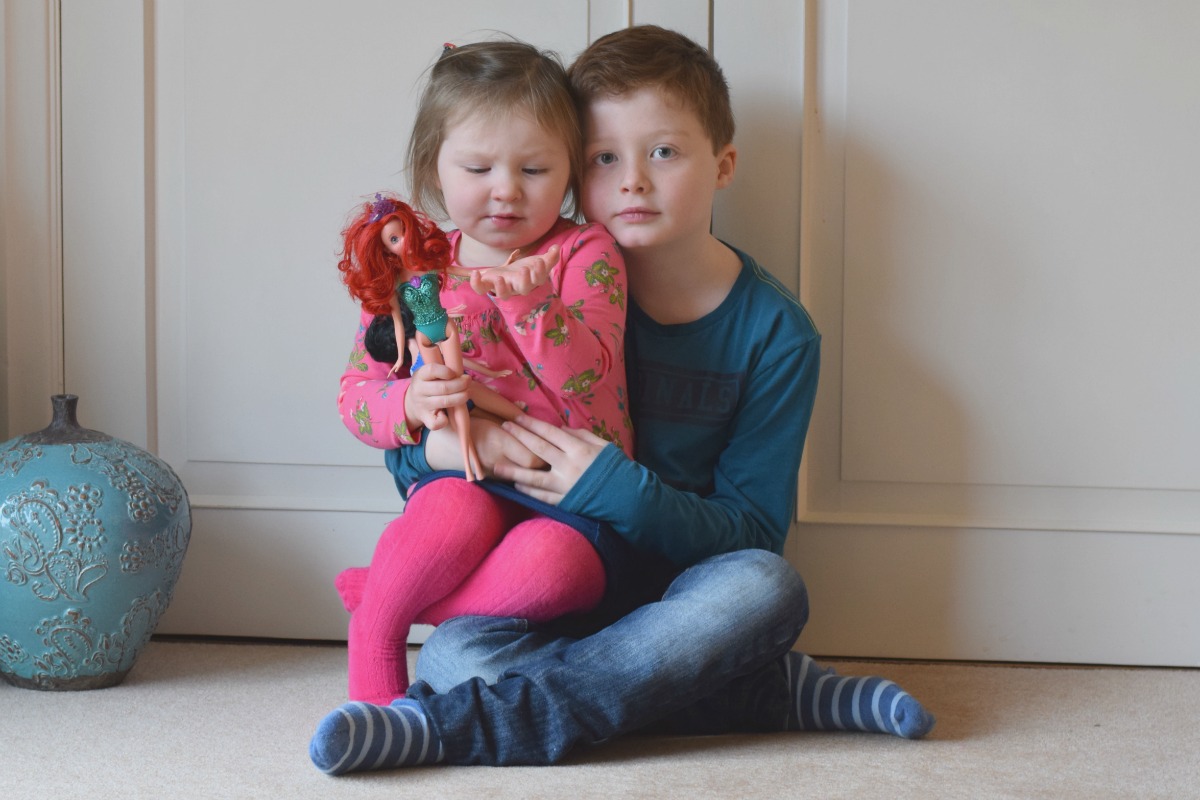 Sam loves being the centre of attention though and in many ways is more of a handful than his sister. Quite often I’ll be in the middle of a pre school-run meltdown, asking him for the tenth time to put his shoes on while he walks around the hall wondering what I’ve asked him to do – and meanwhile Flo is standing shoes on, coat on and smiling by the front door.

This month all his chatter is about birthdays, as even though it’s my birthday in March and his in April, all he talks about of course is his own! I’ve said before that he sees my birthday as the warm-up to his, the dress rehearsal to his grand finale. He’s desperate to have a Super Mario themed party, so I’m trying to work out how to add a few Mario touches to his special day without actually having to dress up as the man himself – I mean I know dungarees are in, but there is a limit!

This is the first time I’m joining in with the Siblings project, a little bit like Me and Mine but just for the tinies. I took these photos at my parents’ house on our last visit. They were supposed to be for a Me and Mine family portrait shot but the best photos were just of the kids (which is usually the way!). 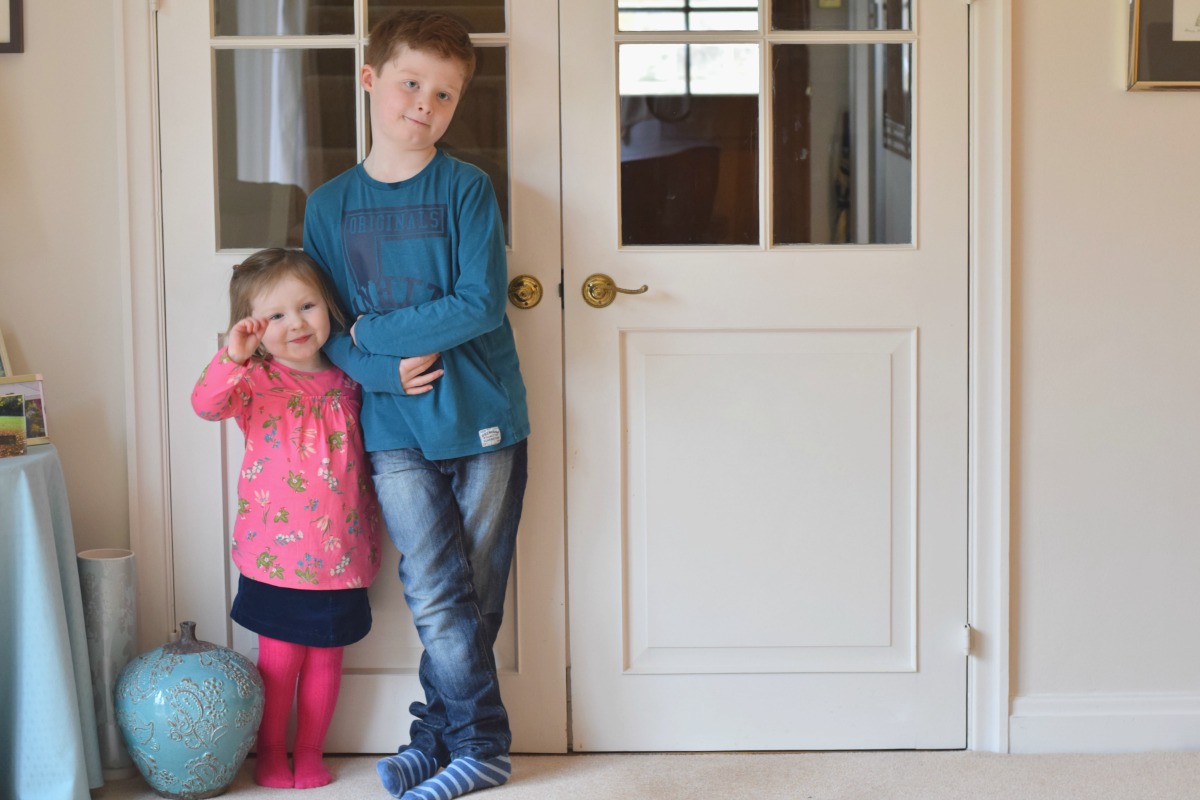 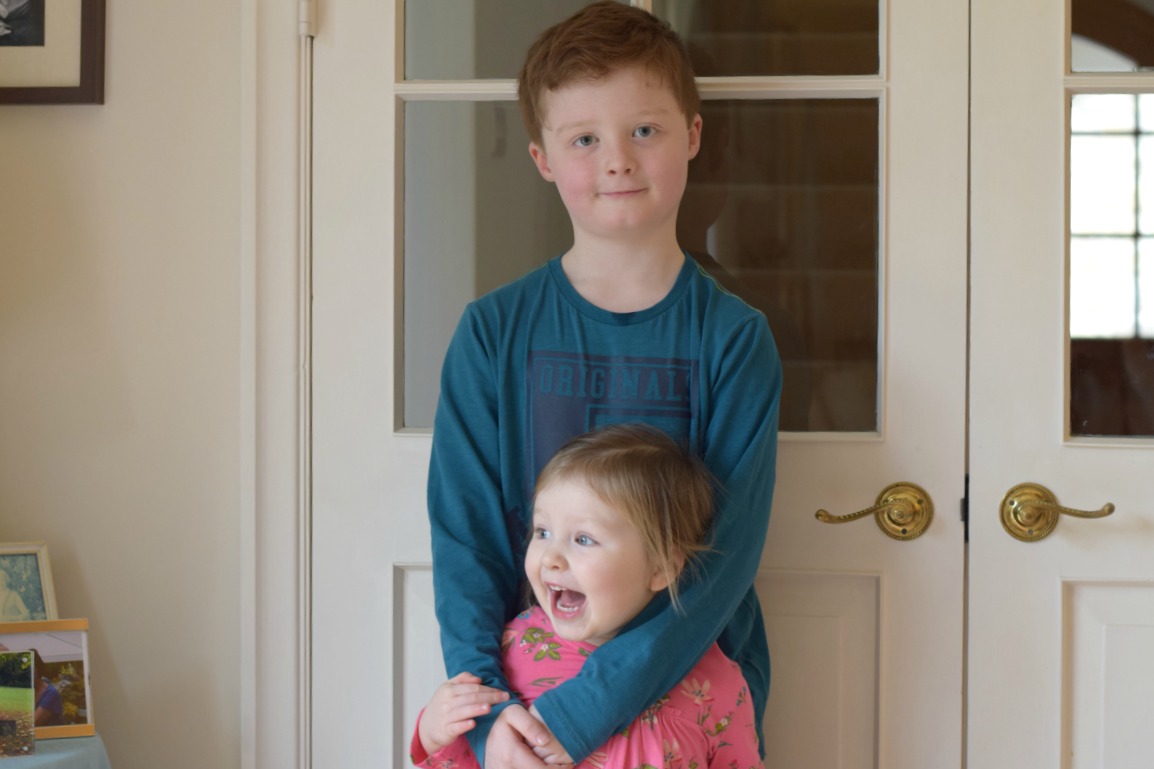 I'm sure I don't need to tell you this if you've read my blog in the past week or so,...