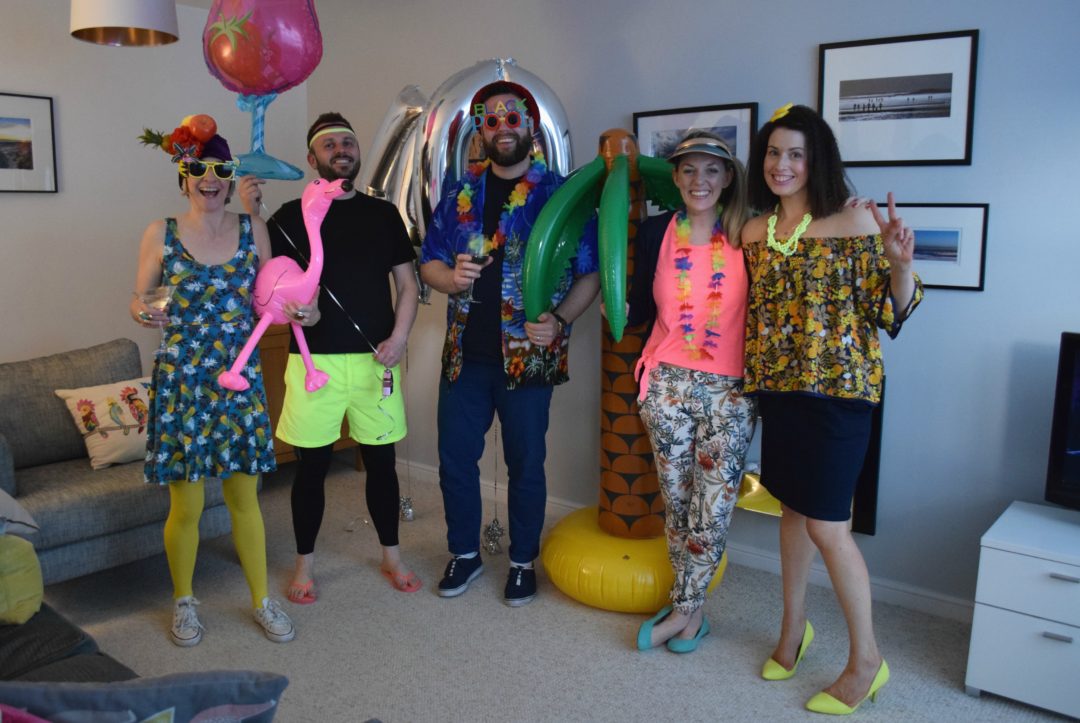 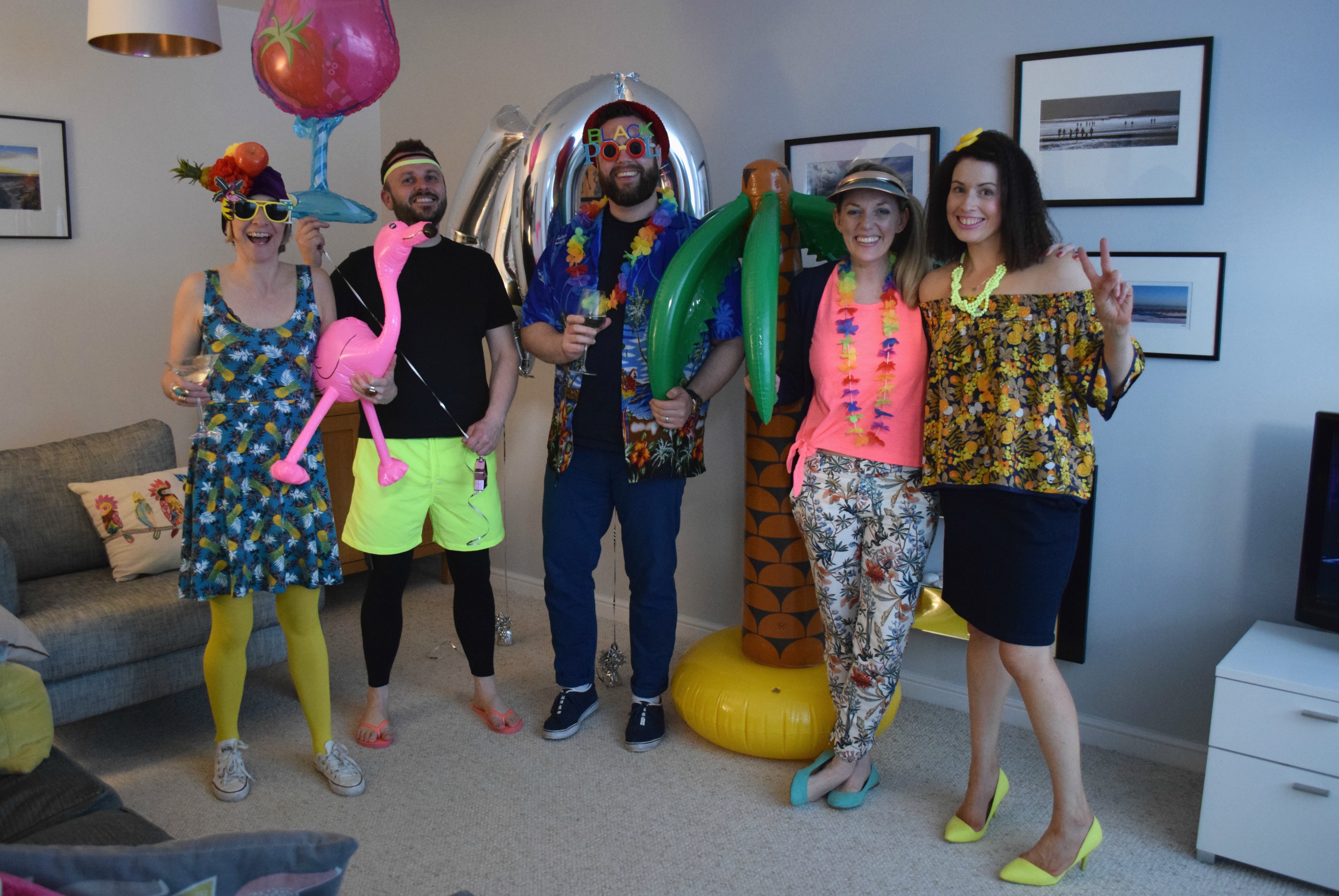 Turning 40 was a milestone I wanted to mark and make sure it went with as much fun and laughter as possible. In this life the good times need to be cheered and I wanted to celebrate as much as I could with my family and friends.

What better way to put a smile on everyone’s faces than to make them dress up in 80s clothes for a Club Tropicana-themed disco dancing extravaganza?

I know my friends all love a bit of fancy dress and wanted to find a theme that would be fun to dress up in and also easily interpreted. I thought with this you can go as subtle or as full-on as you like, and when the time came I was blown away by how much effort everyone put into their outfits – enter Boy George, George Michael himself and the airline pilots from Wham’s Club Trop video!

I almost didn’t recognise my friend Caroline and her other half Andy when they walked in in their suits, with the strongest fake tanned faces I have ever seen! Completely unplanned but another friend, Emma, had dressed as a Pan Am flight attendant and so the three of them looked amazing together. 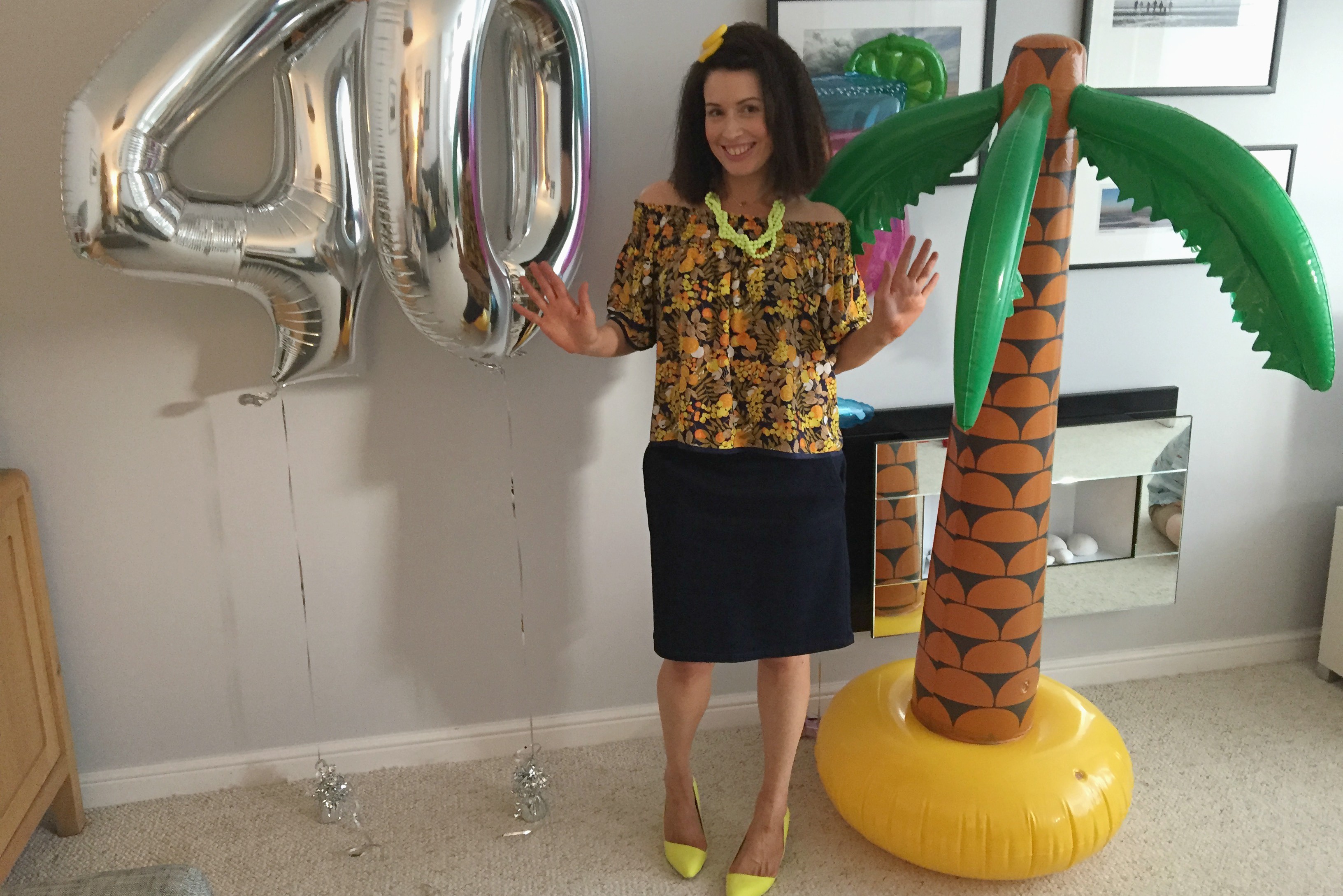 I was going for the kind of super tanned, crimped, 80s beach party look but wasn’t brave enough to go for the bikini bottoms and t-shirt combo sported by Pepsi and Shirley in the video! I actually ended up buying about three outfits – the others I know I will wear in the summer anyway – but when I saw this top in Whistles I knew Club Trop was the perfect excuse to buy it.

I bought some neon yellow heels for about £10 on eBay, and a lemon slice hair clip from Etsy. The necklace I had already but was a perfect match for my shoes, so a bit of a winner!

I asked my hairdresser Kate to crimp my hair in the morning, meaning I had massive locks from about 10am onwards. That led to some funny looks when I had to pop into town in the afternoon – I kept forgetting how immense it was! The great thing about having crimped hair though is that it stays in, and even looked the same when I woke up the next morning. Total low maintenance styling!

I held the party in my local sports club, which was made to look slightly more glam with the help of a large amount of balloons! I spent ages looking online for accessories and decorations to dress the room, and was more than happy with these from Party Delights. 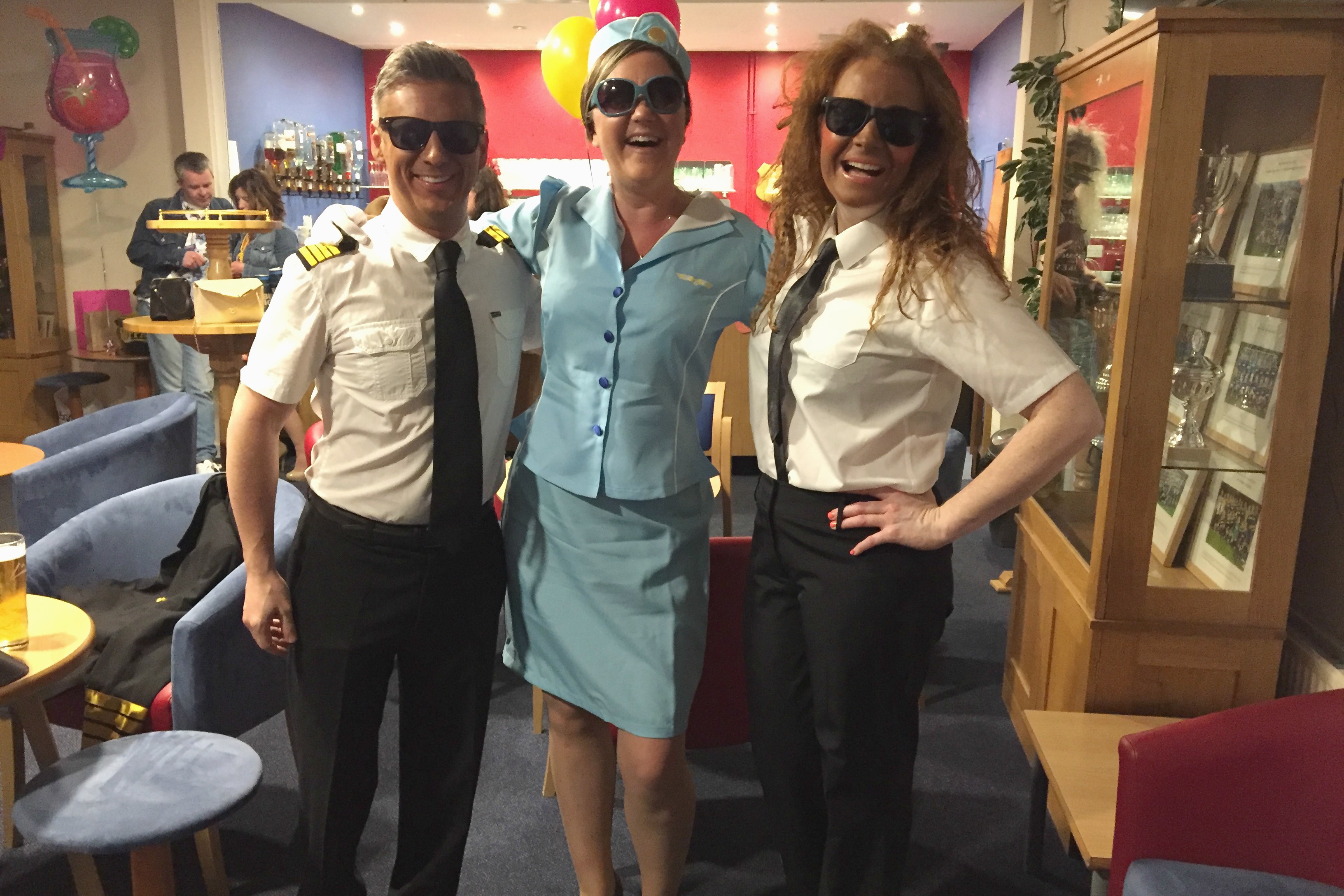 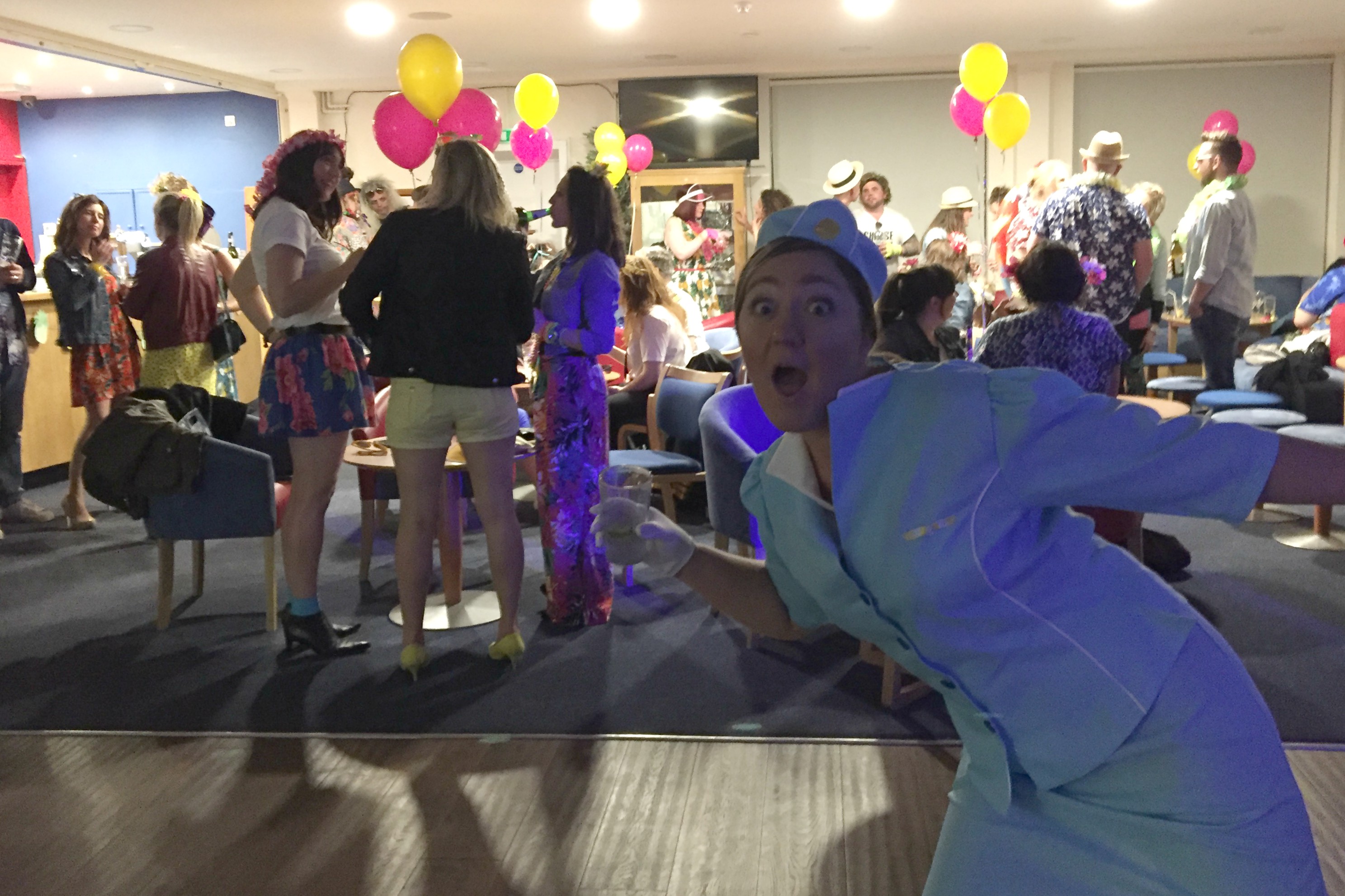 If you’ve ever stood in line waiting for someone in a shop to blow up helium balloons for you (I have done this a fair bit due to our tradition of setting balloons free in Roger’s memory), you will see that being able to blow up your own is much easier and more convenient.

For just under £20 you can buy a canister of helium and it will be enough to blow up about 40 standard balloons or two or three big – no, enormous, ones. I ordered two cans of helium, two large silver number balloons, a large cocktail balloon, balloon weights and ribbon and two packs of yellow and pink latex balloons and they was more than enough helium left over. 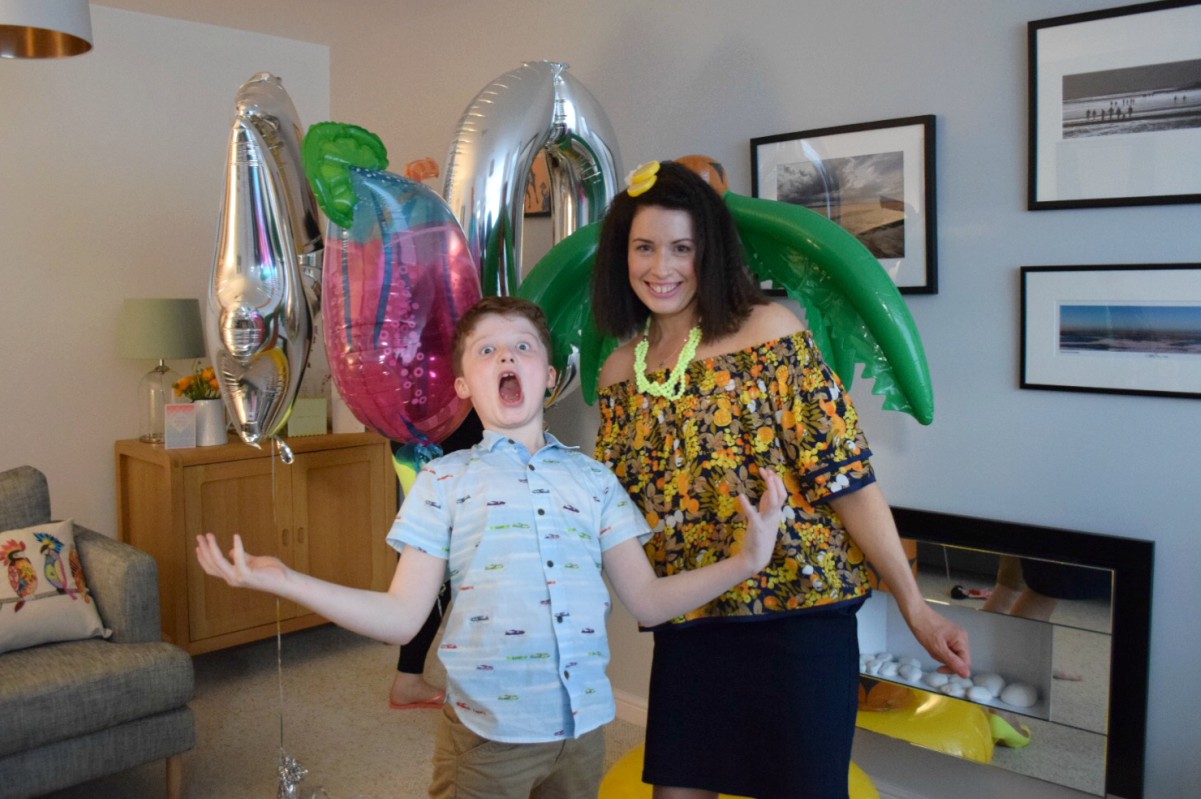 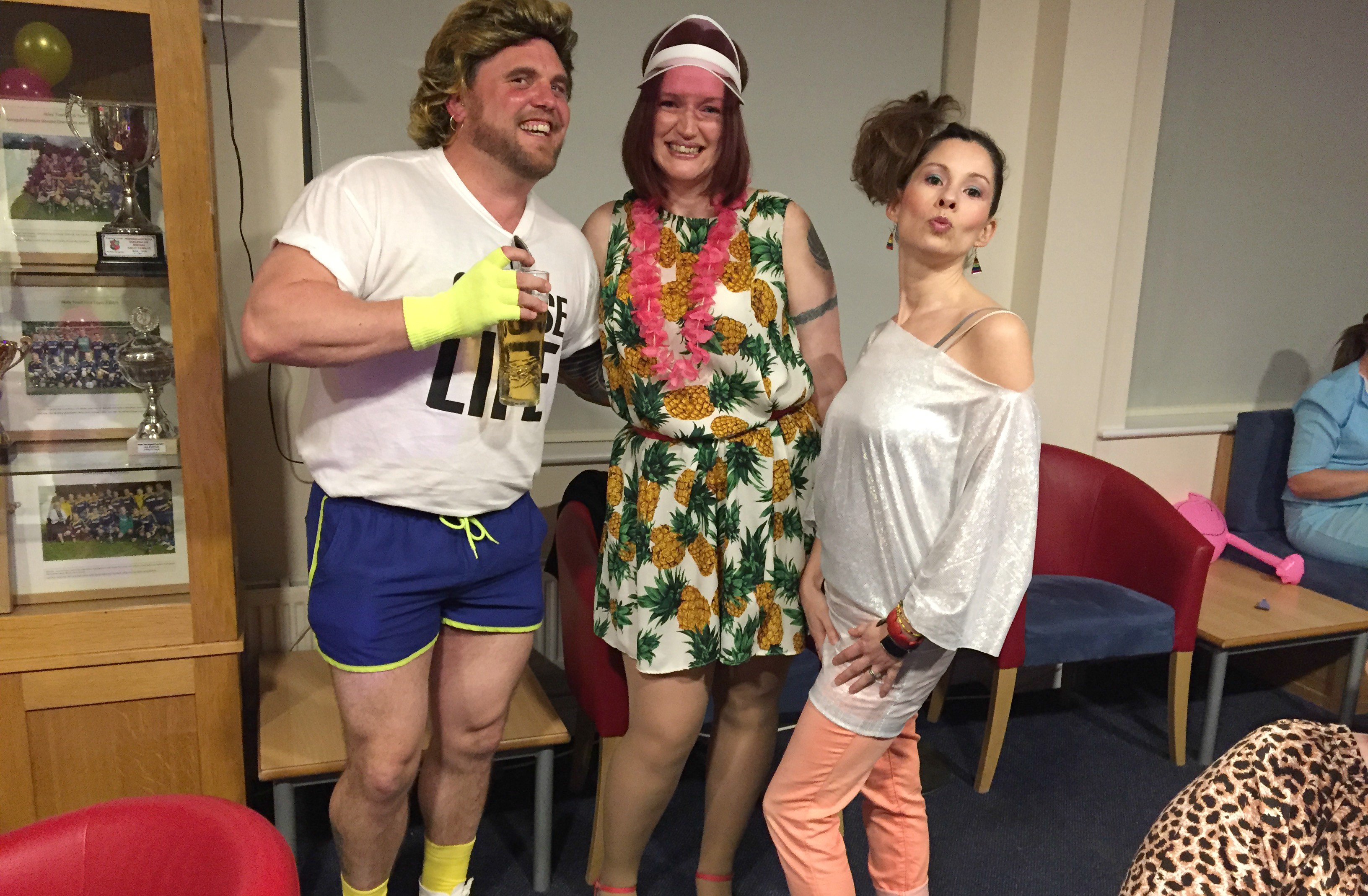 I also got the piece de la resistance, a large inflatable palm tree!

I pumped up the tree (electric paddling pool pump essential for this!) the week before the party and had got used to it being round the house, but when we moved it down to the venue it did make slightly more space for me! Squashing it into the back of a car was a sight to be seen, but we managed it and it looked fab on the side of the dancefloor.

The largest decoration I had was the cardboard cut out for photo opportunities, of a surfer and a hoola girl. Again, great for having around the house to amuse and confuse guests before a big party! Most people had a go at putting their faces through and taking a photo, it was a fun thing to do and a good decoration, just hard to get a decent photo of for my blog in the low light.

Decorations aside, the best thing about the party had to be the music and the fact that everyone was up for a good time and got up for a dance. I hope everyone had as good a time as I did, I certainly felt more like 20 than 40 – well until the next day at least!

So far, being 40 has been lots of fun, and I’ll never regret throwing two parties for this big birthday! After all, my next milestone will be 50, and by then my eldest will be 18!! Eek! 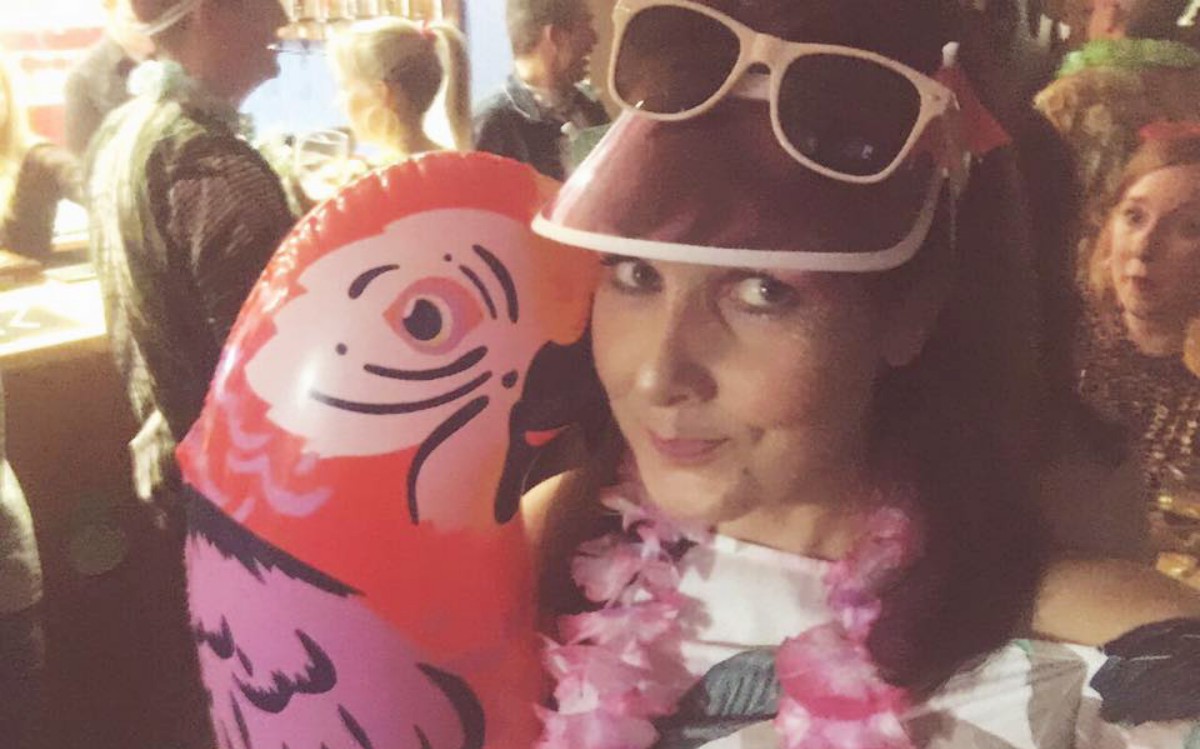 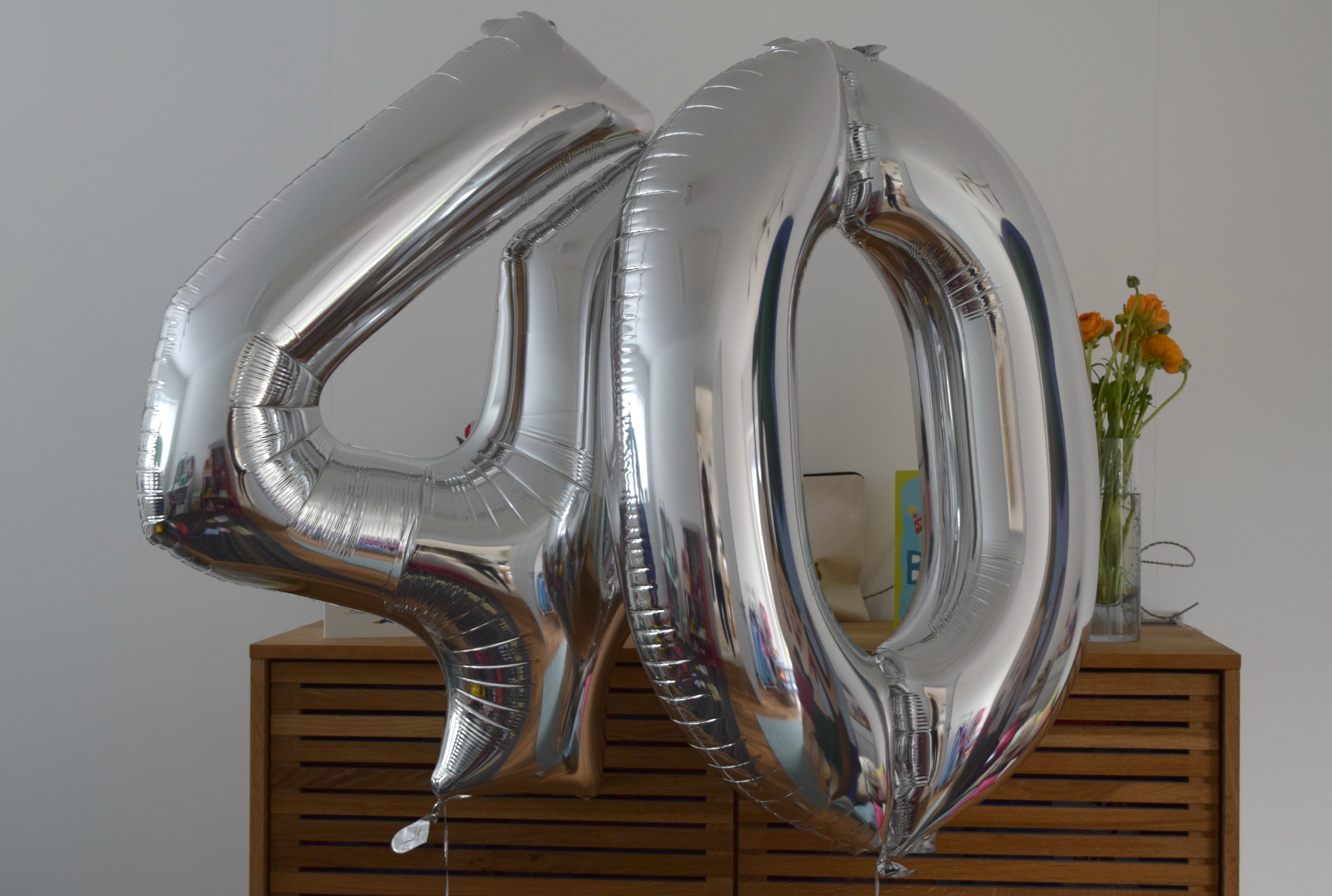 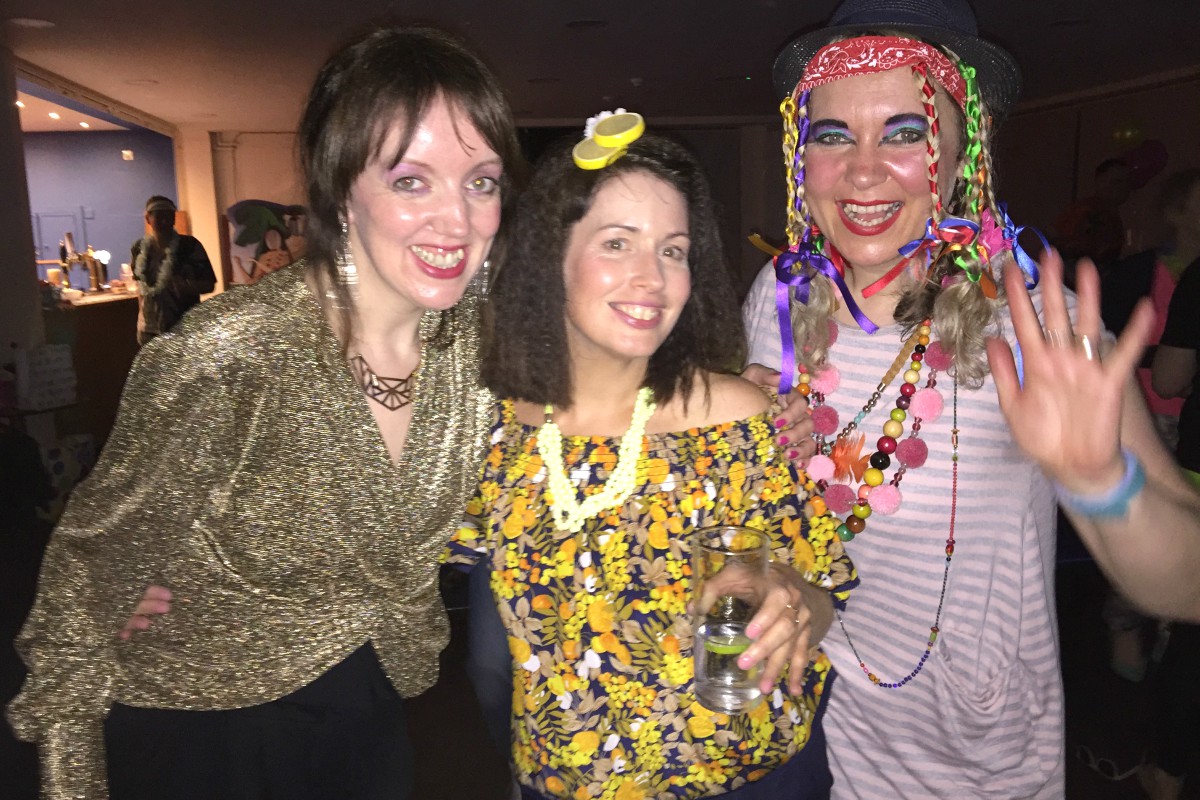 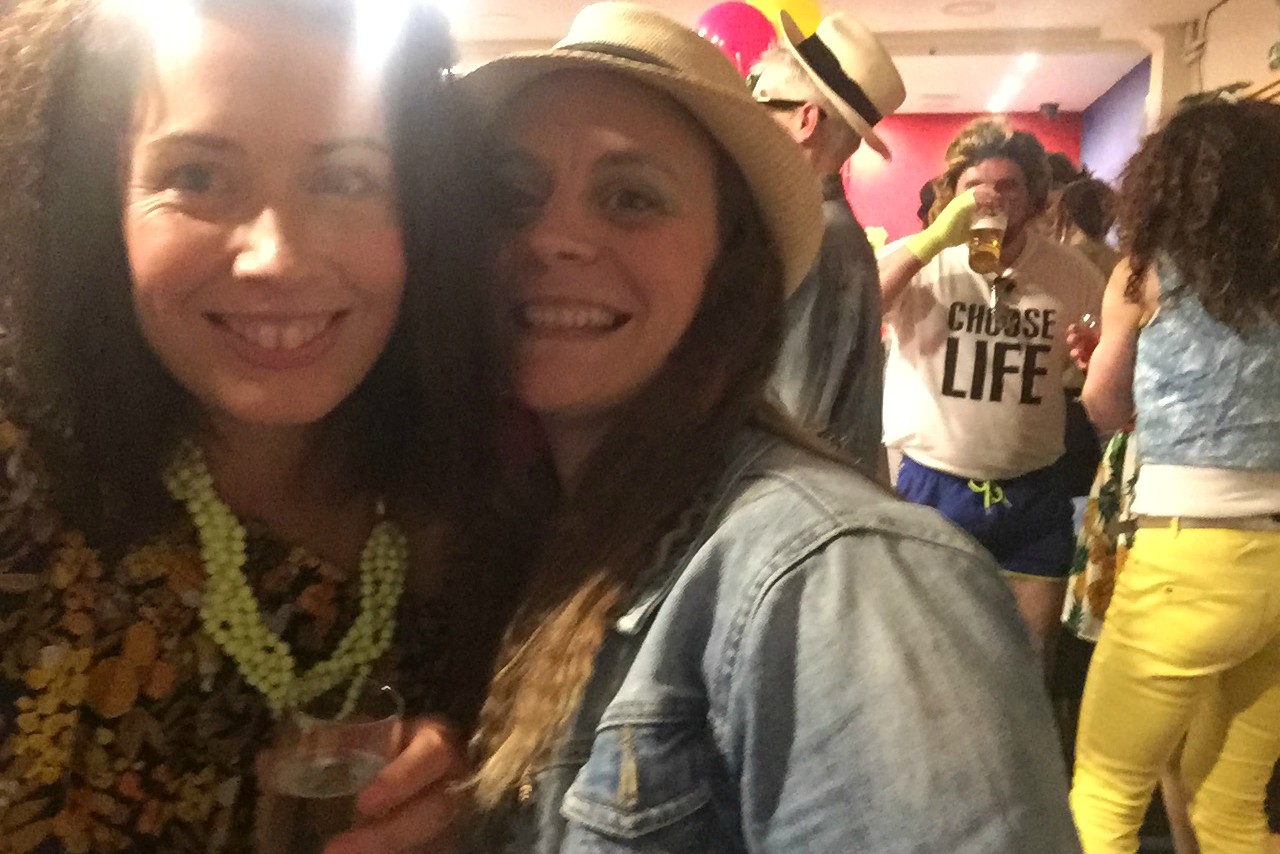 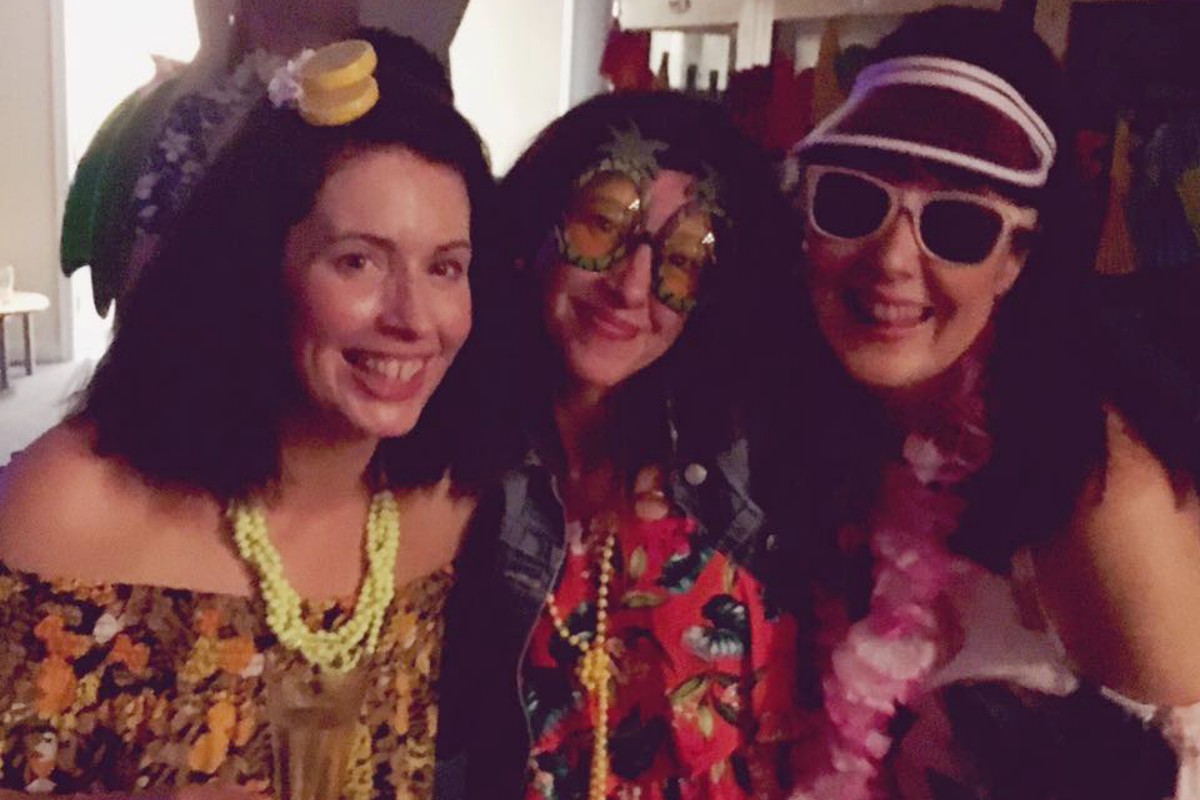 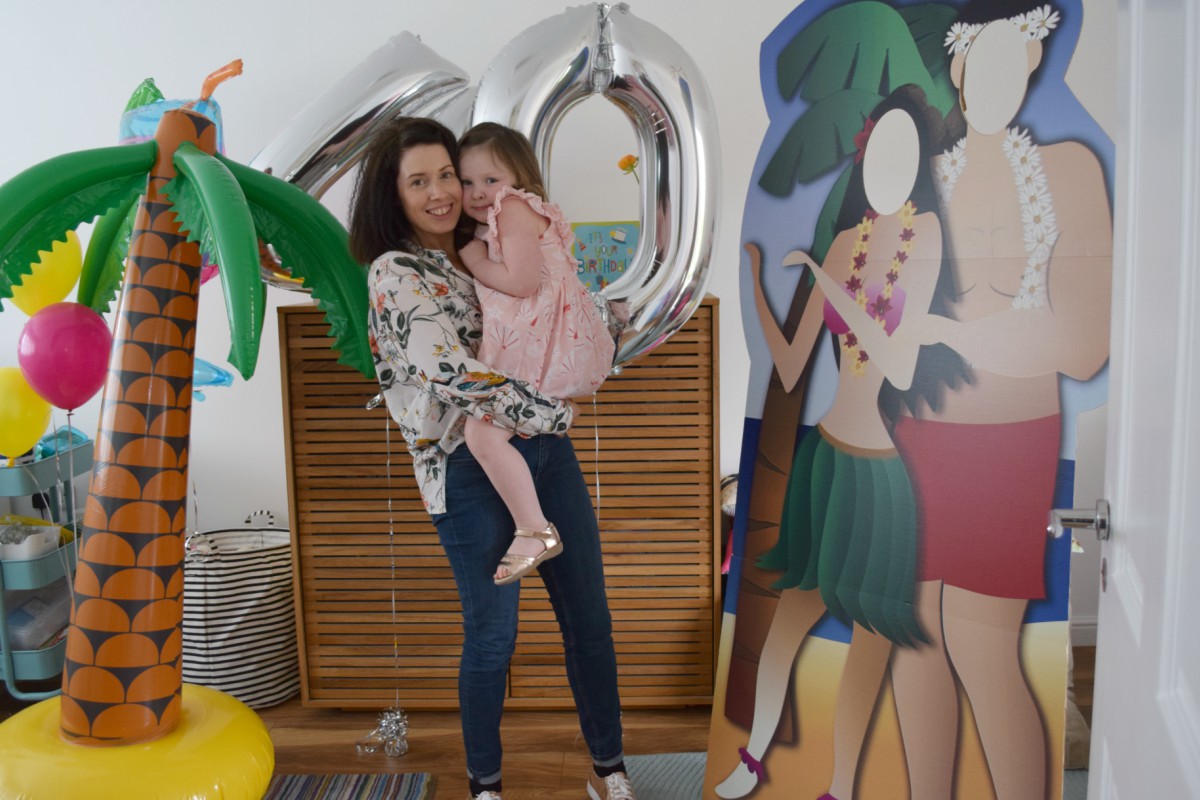 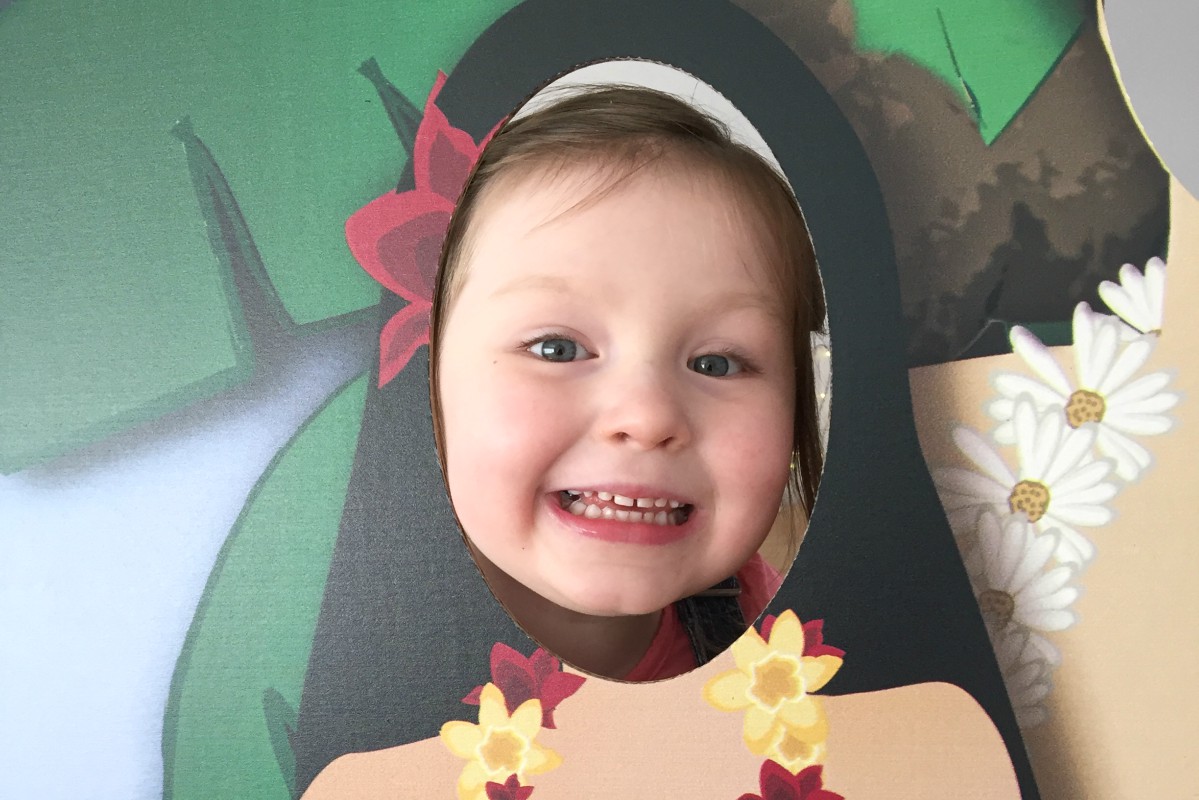 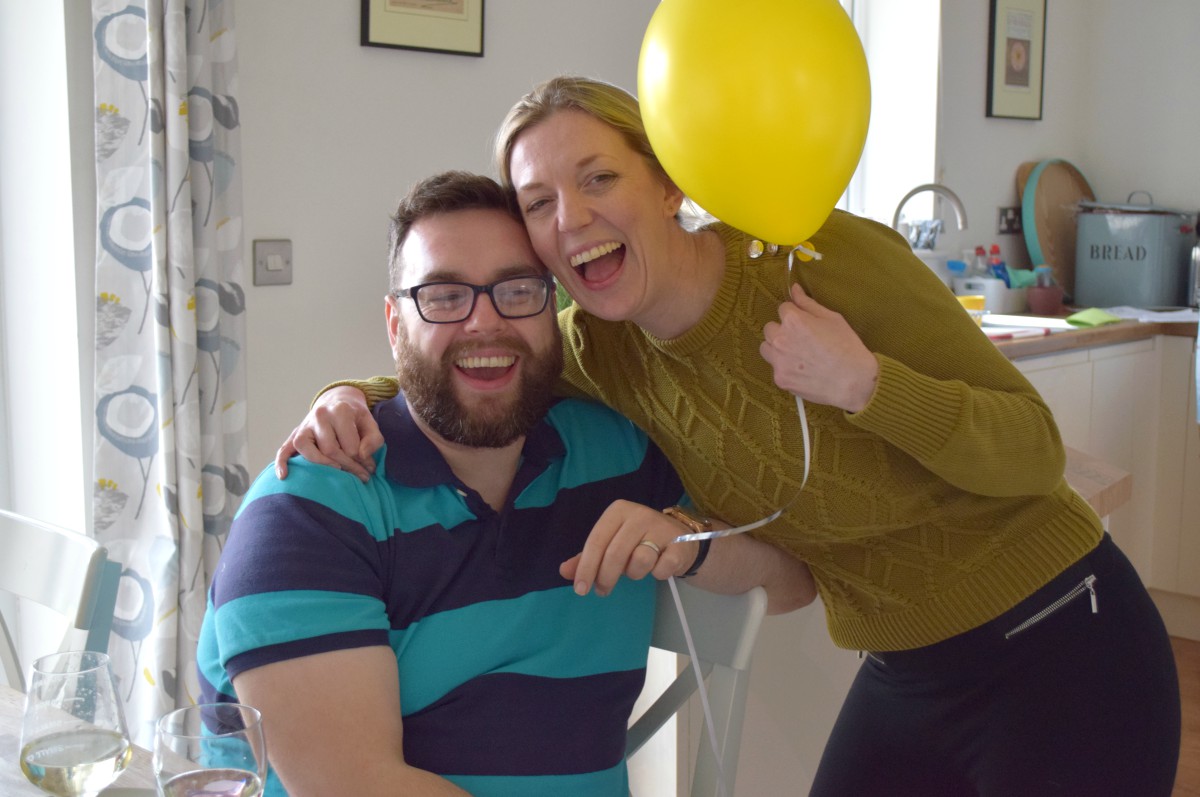 Thanks to Party Delights for sending me the fab decorations for my party.

Previous Story
Eating Out at Brown’s | The Light, Leeds
Next Story
We’re going to Just So Festival 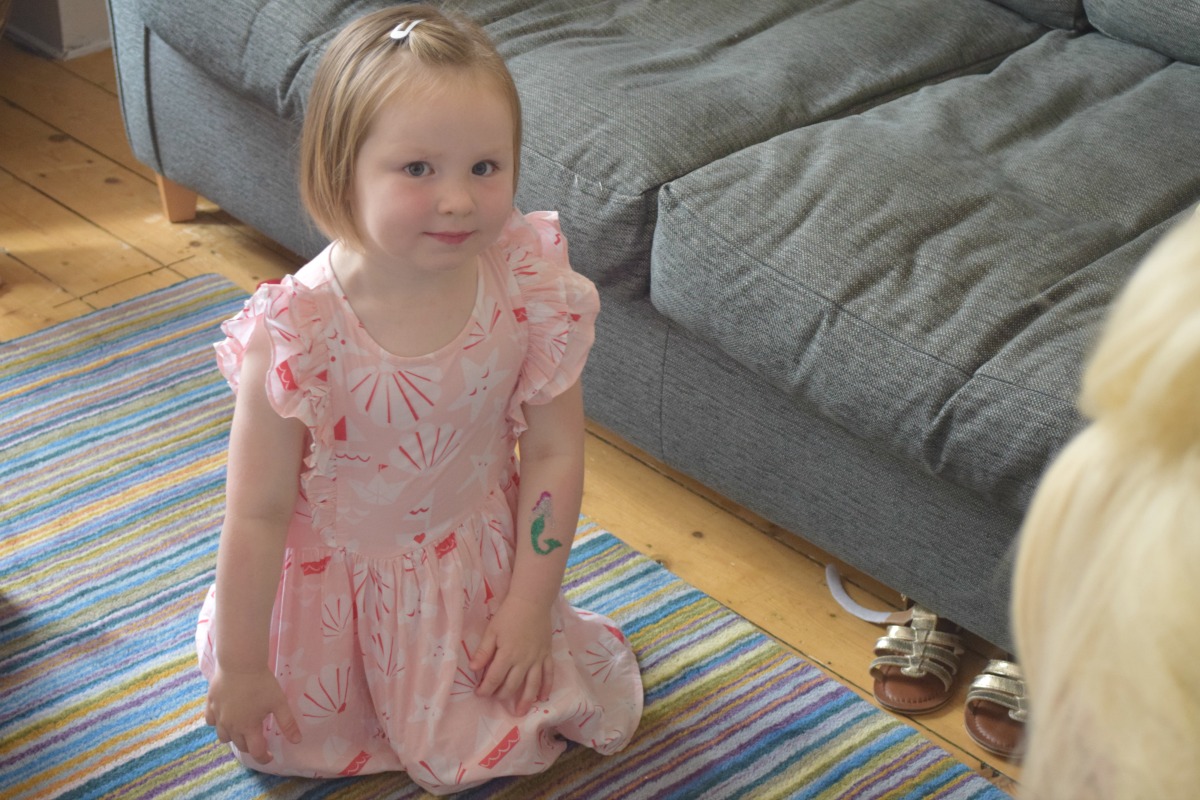 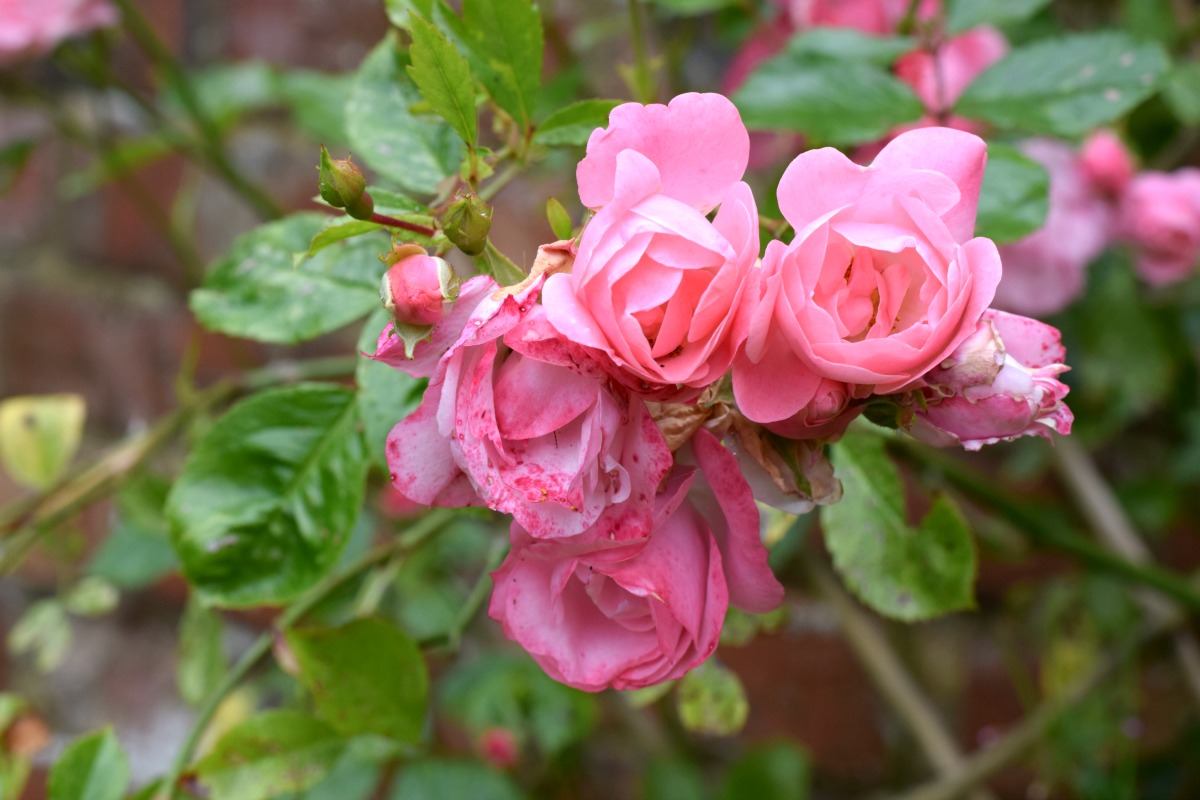 Being a working mum means one of the best times for socialising is early evening. That way, I can meet...