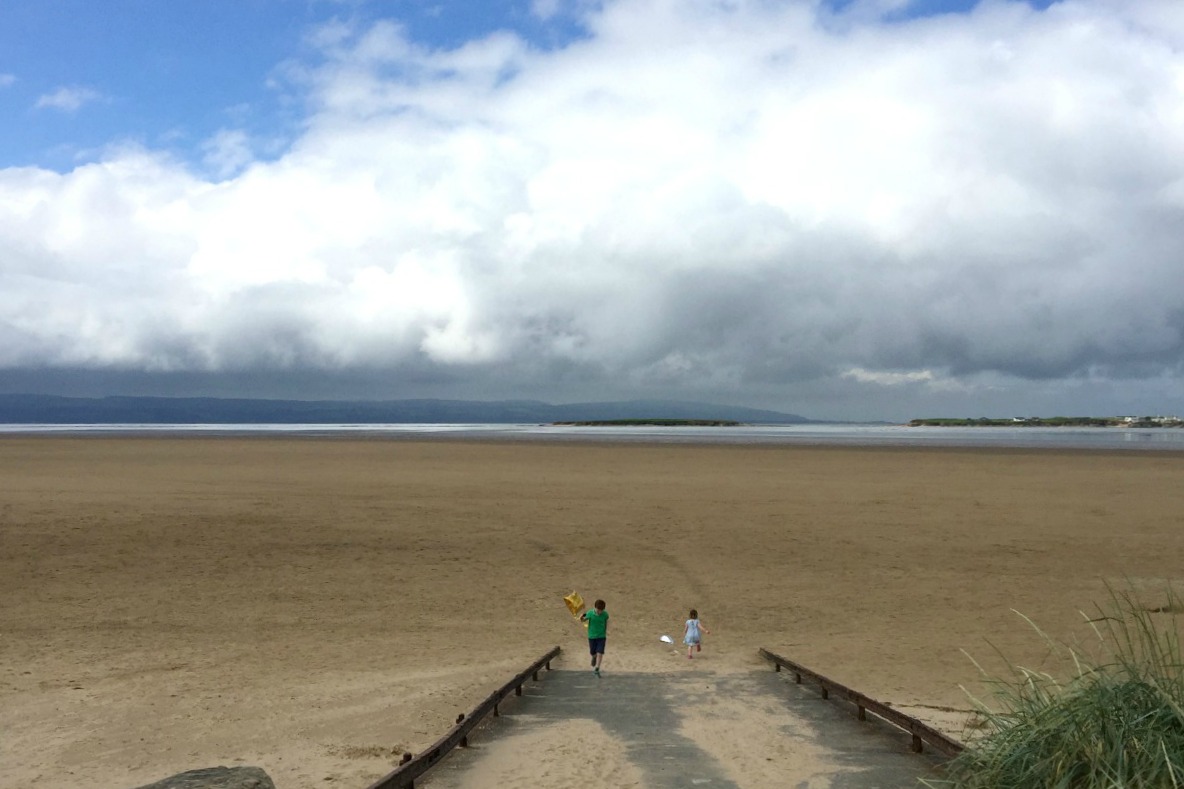 Today marks a year since I lost my husband. A year without the person I thought I couldn’t live without. A year which seems to have passed quickly for others, but very slowly for me. It’s a date I don’t really want to mark but at the same time it’s a date that has crossed my mind every single one of the 364 days that have just passed.

I wondered whether I would write about this at all, but it’s another step on our journey and as Rog himself said, if you’ve started telling this story then you really have to go ahead and finish it! Here goes.

One day last month we went on a family day out with a difference. We went down to the beach near our home to scatter some of Roger’s ashes in a place that was really special to us, to return him to the earth in one of the most peaceful places we know.

Red Rocks in Wirral has long been a favourite place of ours. I remember walking over the rocks when Roger and I first got together, back in the days when we had lots of free time to walk on the beaches around the place where we live (or should I say, lived). I have such happy memories of our walks over to Hilbre Island, which you can see from Red Rocks, and also around West Kirby, Hoylake, Thurstaston and Caldy. This part of the world really does have some gorgeous beaches, many of them pretty quiet too as it is a bit of a hidden gem in the North West I always think. 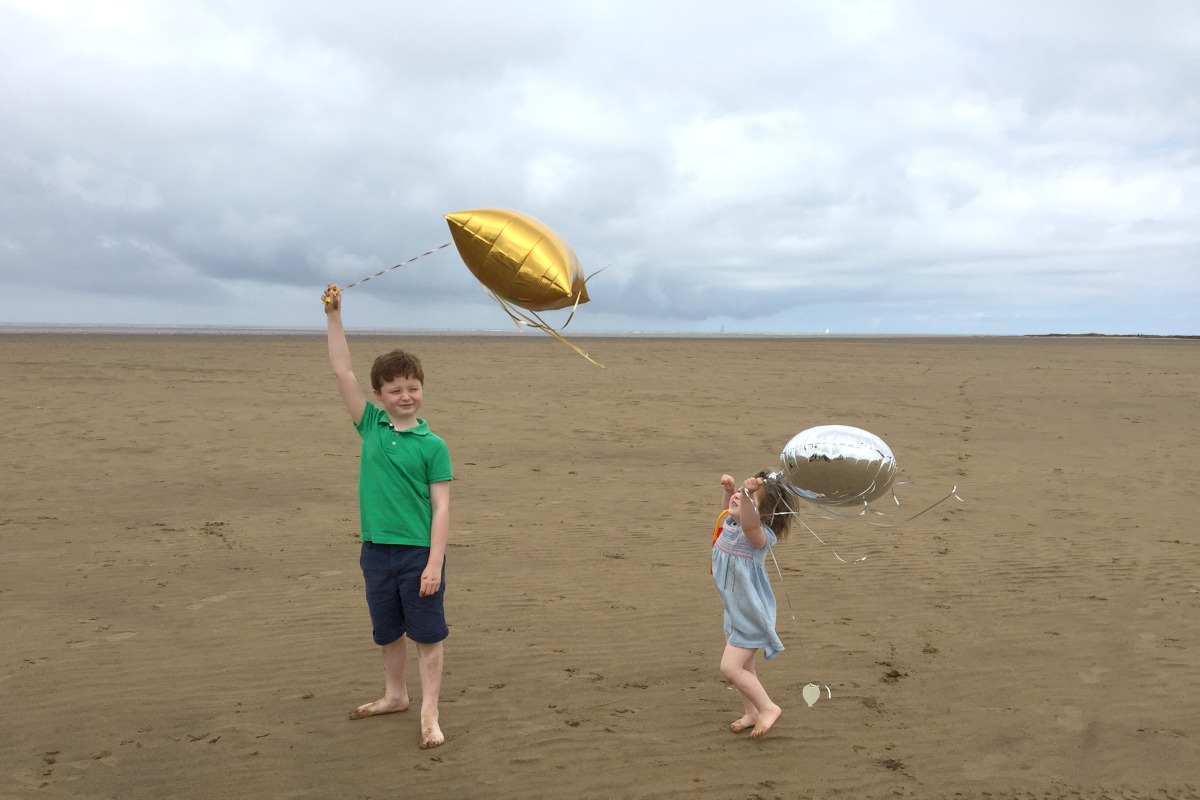 When we found out Rog was dying, we talked about what I would do with his ashes and where he might like to go. After initial jokes about ‘Oh, just put me down at the bottom of the garden’, ‘what where the cat goes to the loo?’, ‘er, ok, maybe not then’, were out of the way, we talked seriously about what I should do with Roger after he had gone.

Not the kind of conversation most couples our age have to have, I know, but these things really are best talked about when your loved one is here. I really took comfort from knowing we had talked about these things and so when these difficult moments came, I knew it was something we had both thought about and agreed on.

Anyway, we both felt Red Rocks would be the ideal place as it was just so beautiful and always very peaceful. Even if you did want to make a noise down on the beach there, the wind would carry the sound away pretty quickly! We also have what the locals call the Wirral microclimate, meaning we usually get slightly better weather on this bit of coastline and so quite often have sunshine and warmth on our breezy beach. 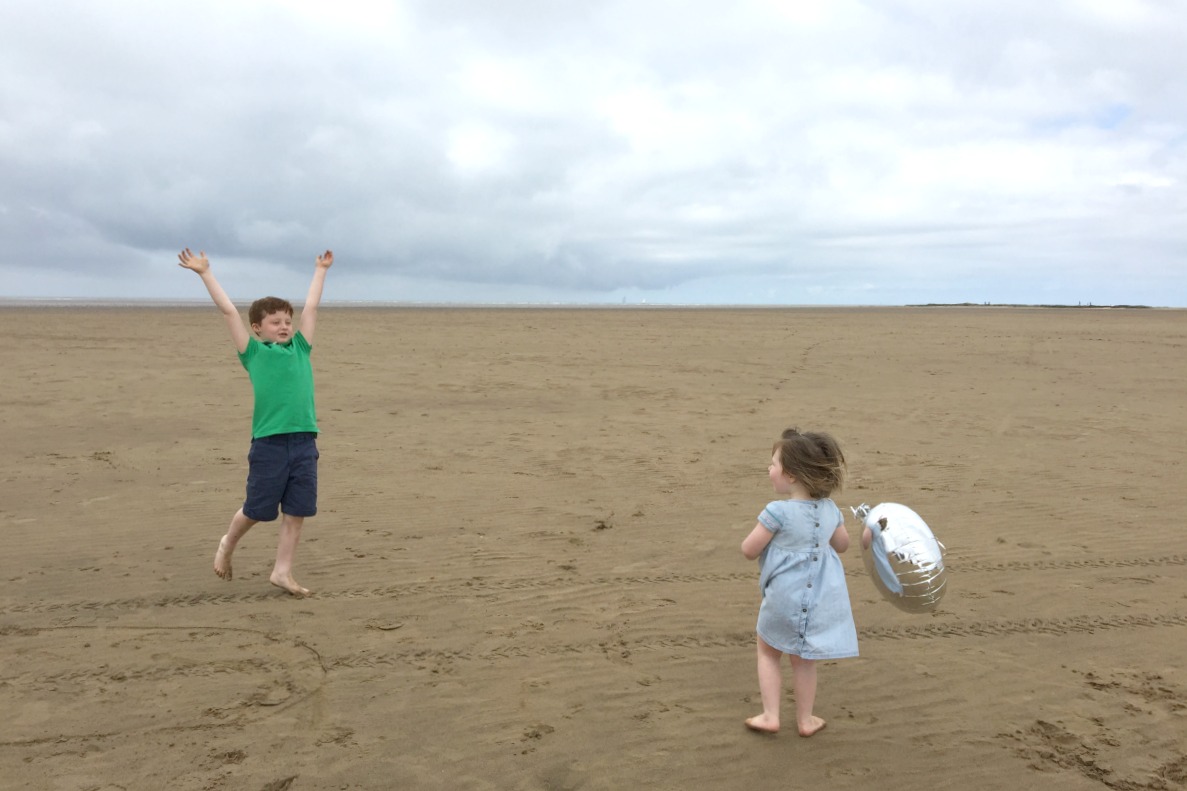 We’ve spent a few nice days down there since Roger passed away as well, including this one which I’ve just re-read and realised we were down there just two days before his funeral.

So Red Rocks it was. In the end I decided to scatter half of his ashes here, and take the other half with us to Yorkshire where we can have some of him close by forever. Maybe we will take him to the moors, maybe the back garden, but we all felt we wanted some of Rog near and that’s what we will do.

When it comes to it, there aren’t many pieces of writing out there on the internet about people who have scattered ashes and the practicalities of it. I found some, but none really talked about what I wanted to do, which was to take some to the beach and let them go back into nature. When I asked around between friends I wasn’t surprised to find no-one really had any experience of this, so some of it was guesswork, some just common sense.

I was slightly worried as I had read that the ashes should be buried in the sand somewhere where the tide will wash them away quite quickly; on Hoylake beach, the tide doesn’t always come all the way in and I didn’t know if we could just pick our own spot or not.

In the end, we met up with Roger’s mum, sister, brother and sister-in-law and walked together as far out as we could so not only were we nearer the water, but we had privacy and calm too. The sun was out, the air was still and to me it just felt right. I knew then that letting him go on the beach was the right thing to do. If it were me, I would love to go to the beach all the time, such a beautiful and happy place to rest. 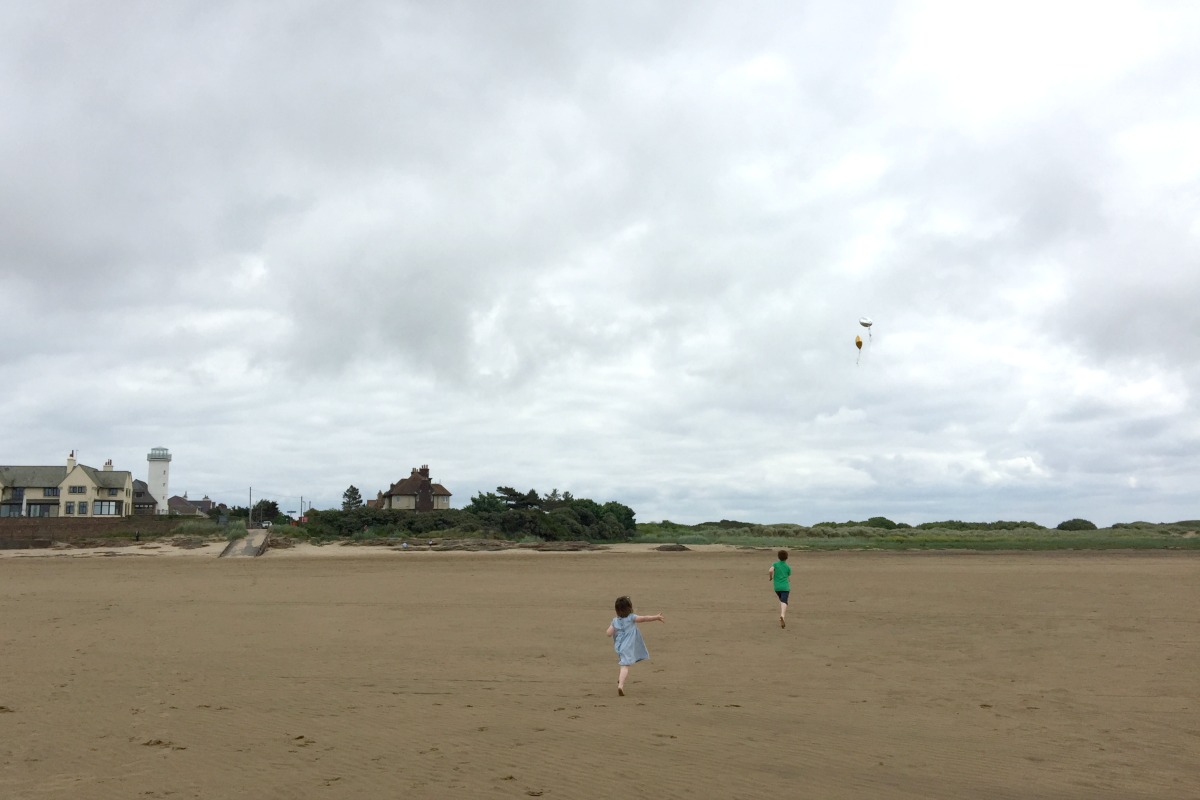 So after some words, a few tears, some throwing of petals and letting go of balloons, Roger was returned to the earth at one of our most favourite places. And you know what? I felt calm too. I felt peace. I felt love and I knew it was the perfect place for him.

I could almost hear him say thank you. Thank you for getting me out of that bloody wardrobe, I was wondering how long you were going to leave me in there! But I know he would understand that I had to wait until I was ready, until things had levelled out a bit and I could face letting go a tiny bit more.

This is one of the poems read at the time we scattered the ashes. I know it’s not really a grave as such, but I just really love the sentiment.

Do not stand at my grave and weep,
I am not there, I do not sleep.

I am a thousand winds that blow.
I am the diamond glint on snow.
I am the sunlight on ripened grain.
I am the gentle autumn rain.

When you wake in the morning hush,
I am the swift, uplifting rush
Of quiet birds in circling flight.
I am the soft starlight at night. 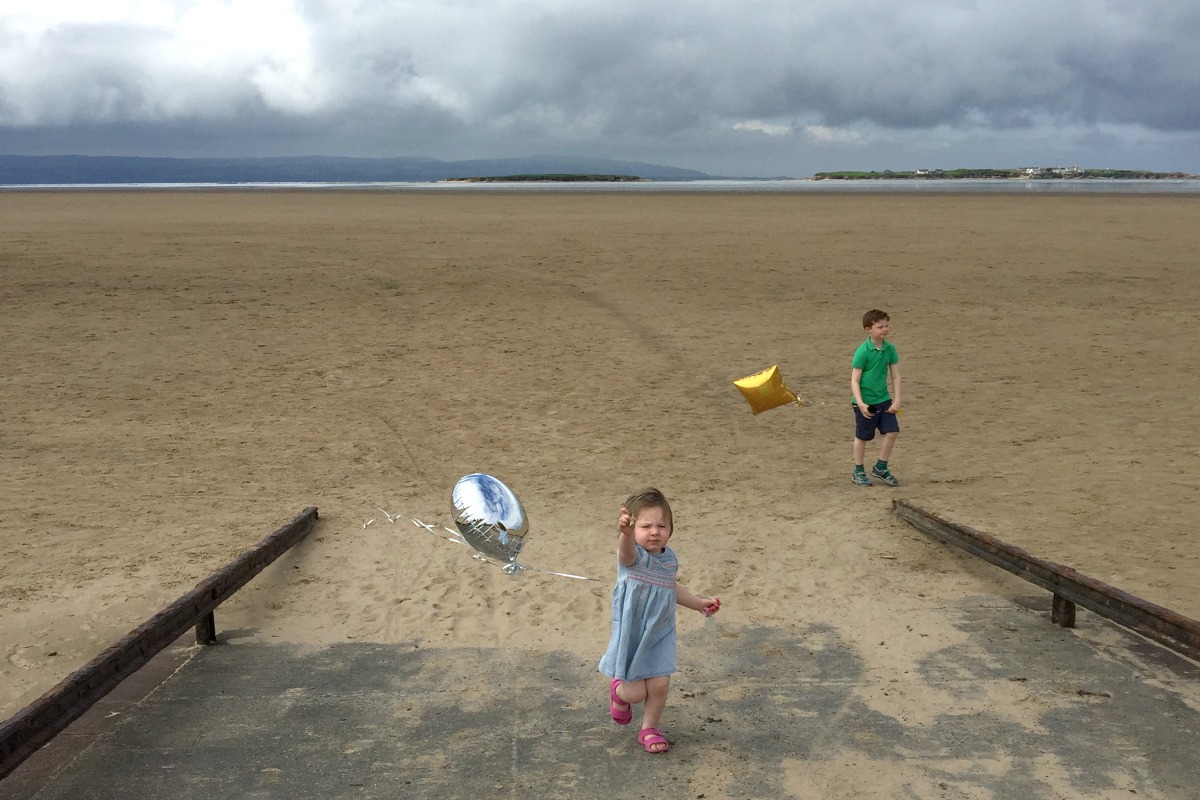 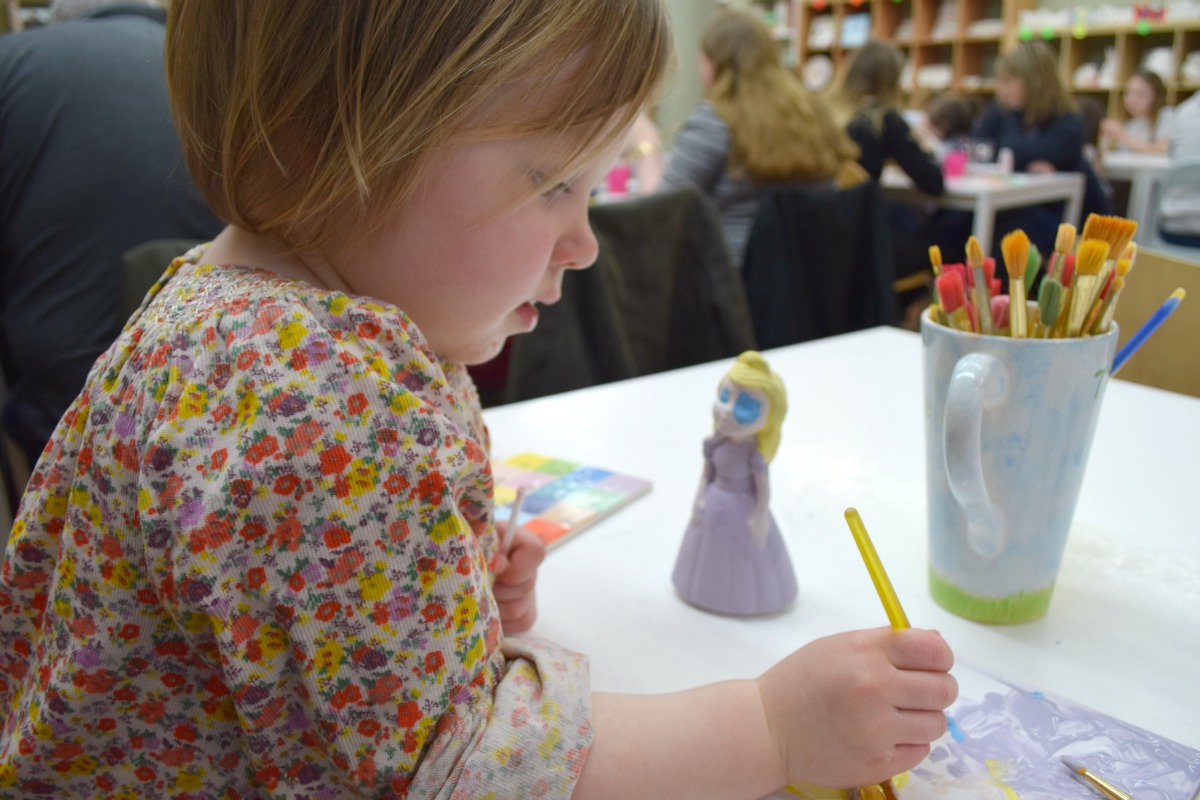 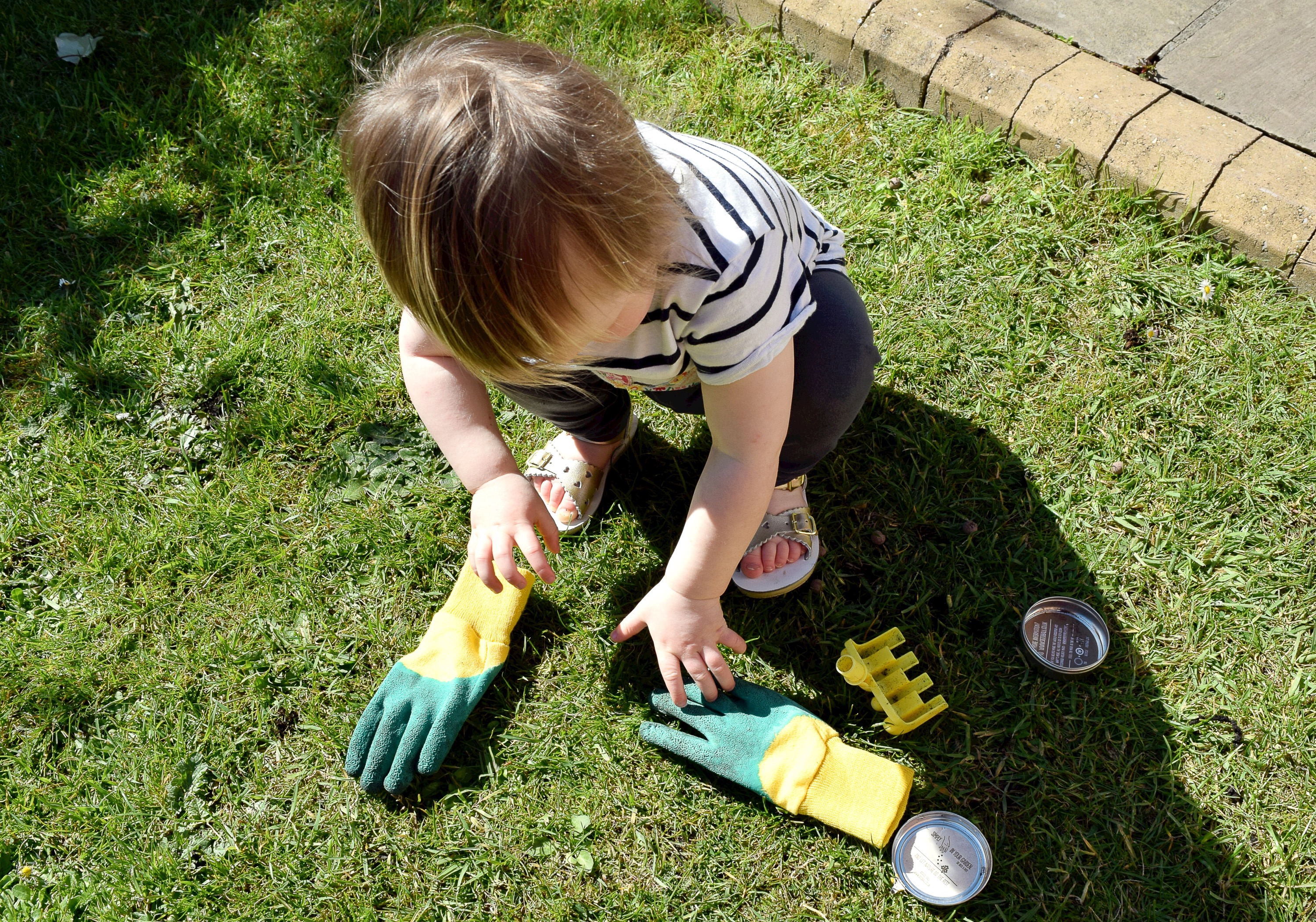 Three years ago my little girl came into the world and brought so much love and joy to our family....