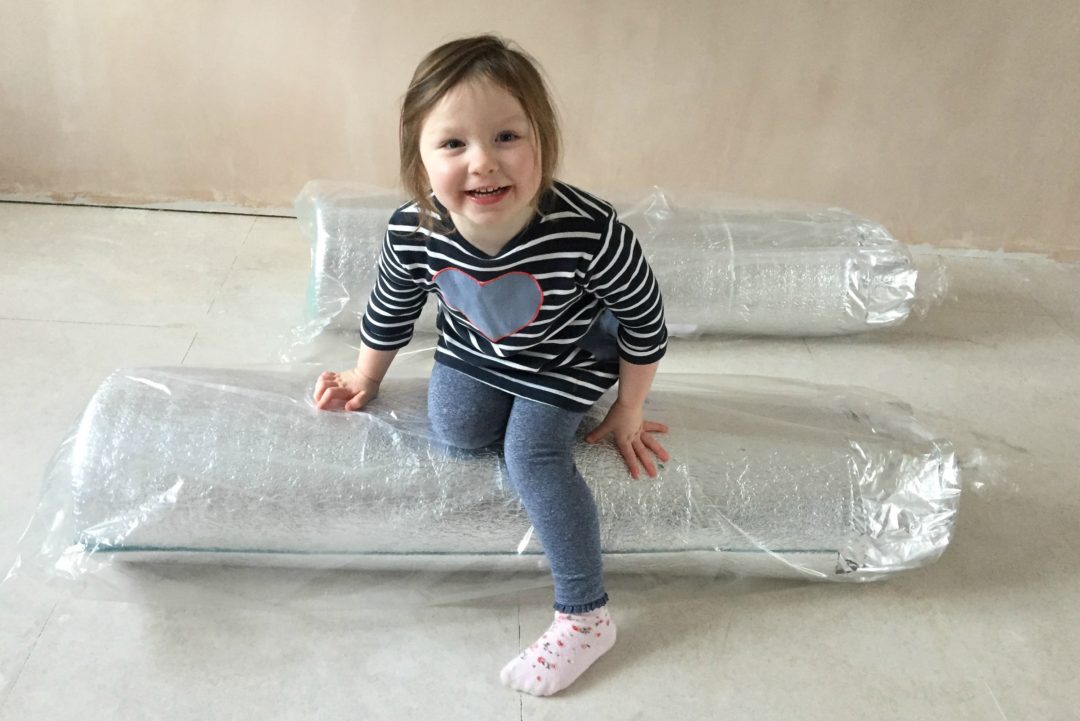 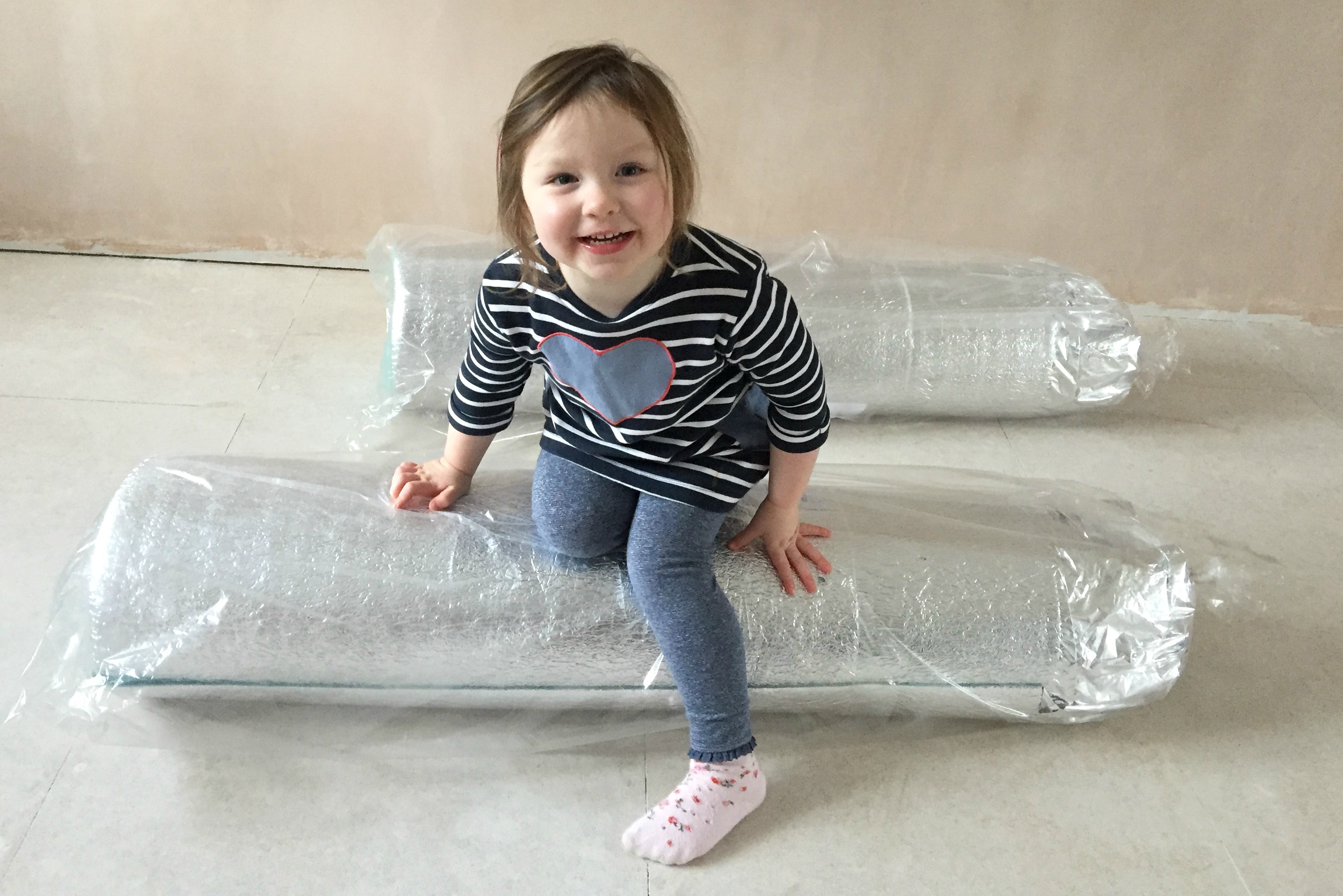 Project playroom is coming along nicely and I’m hoping that by this time next week we’ll be in there and enjoying our new space.

The last time I wrote about my plans to convert the garage into a playroom the work had only just begun. If you didn’t read it, the room was kind of semi-converted already but there was no insulation on the floor, external walls or roof, which made it extremely cold. The garage door was still on the front with a false wall behind, so I also wanted to remove that and add a window to fill the room with natural light. 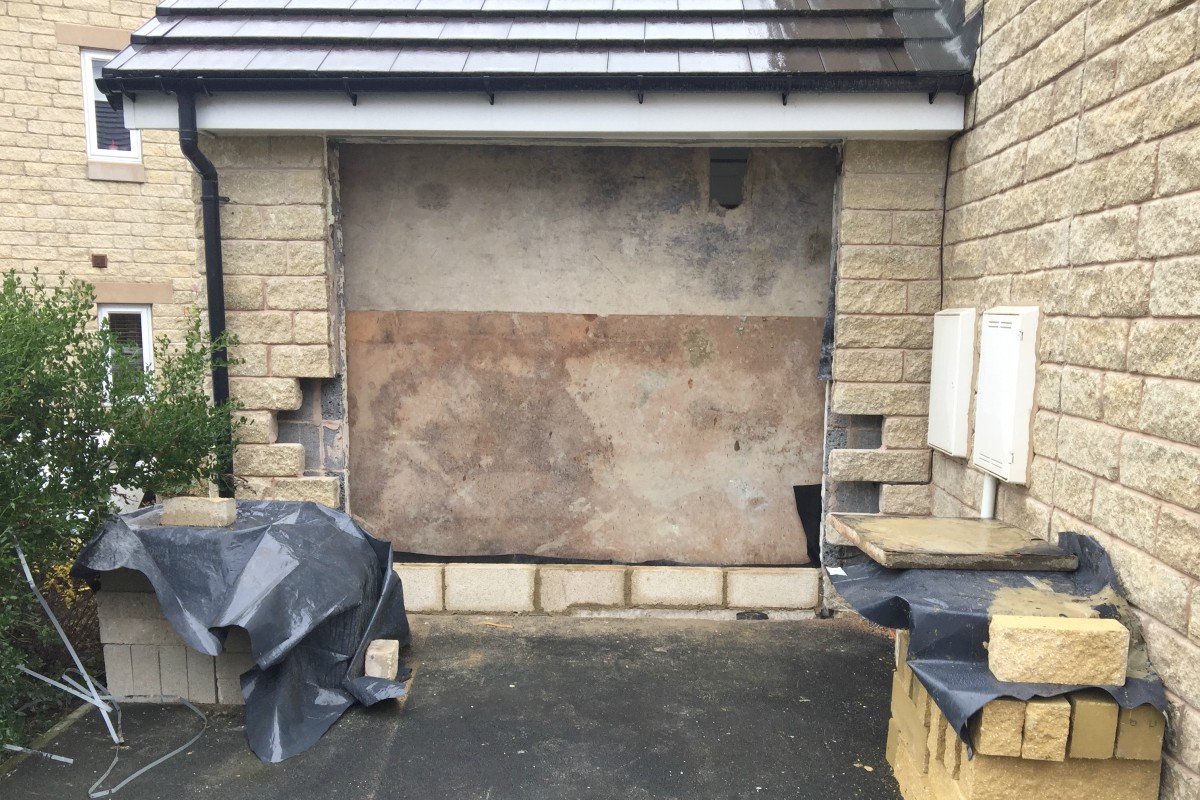 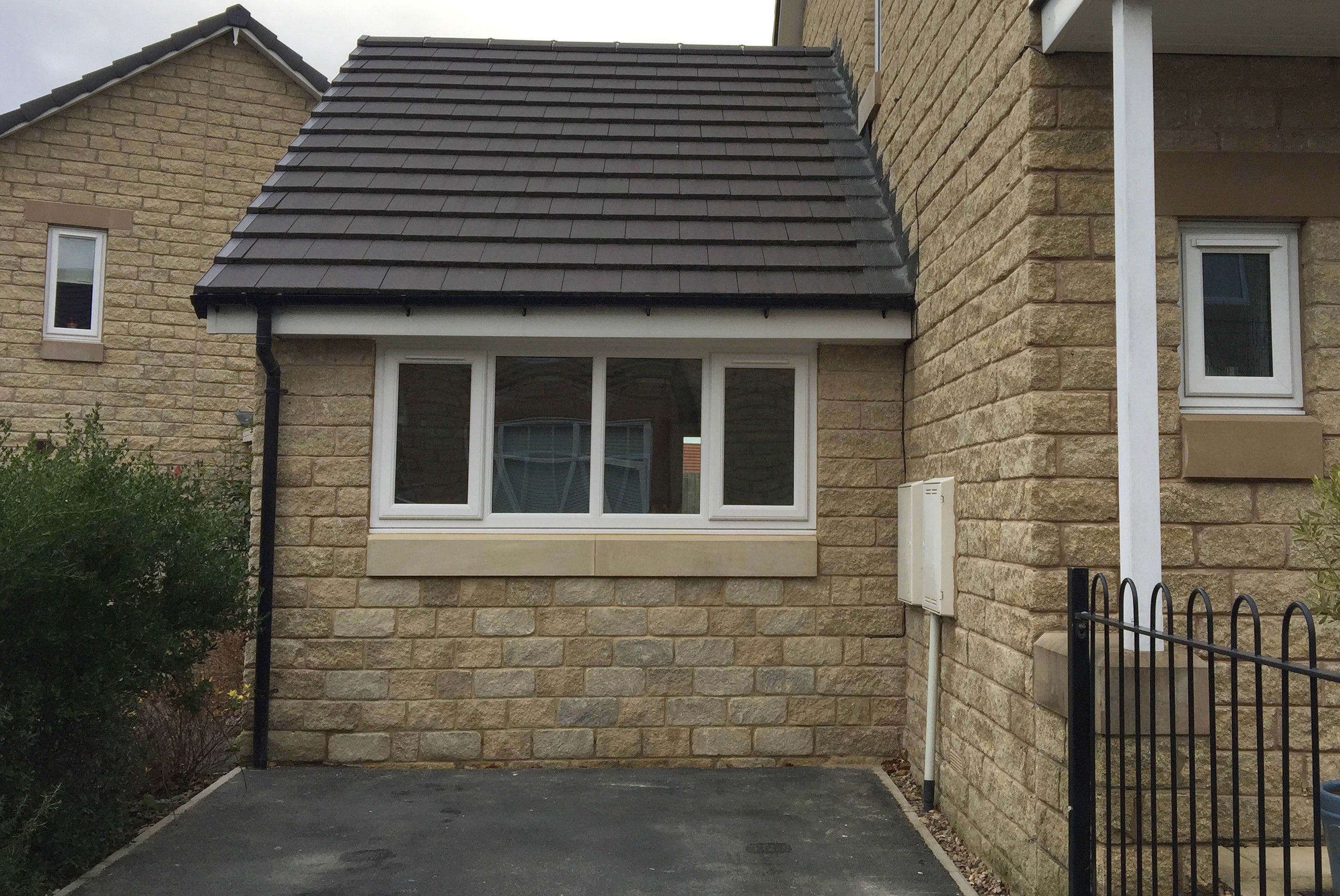 In case you are reading this and wondering where I’ve had the time for all this DIY, I haven’t done any of it myself! I am using a really good builder who I would totally recommend – called Gray’s based in Burley-in-Wharfedale if you’re looking for somebody good.

The whole project has gone to plan and the outside of the house looks great. The bricks really blend in and you can hardly see where the garage door used to be. I’m so glad I decided to go for the window, as it makes the house feel like it’s had an extension rather than just a converted garage.

There was already an internal door joining the garage with the kitchen, but there was a step down to the original floor. As that has now been insulated, it’s brought the floor up level with the rest of the house apart from a small well around the back door.

There is Kingspan isolation under the floorboards, and the walls have been lined with an insulated plasterboard.

The roof has also been insulated and boarded out, leaving me with some essential storage space which I was desperate for. I’ve had a loft ladder installed to make getting in and out easier, and a light fitted up there so I can see my way around.

The walls have been plastered and are now ready for decoration, and the floor is being laid as we speak. 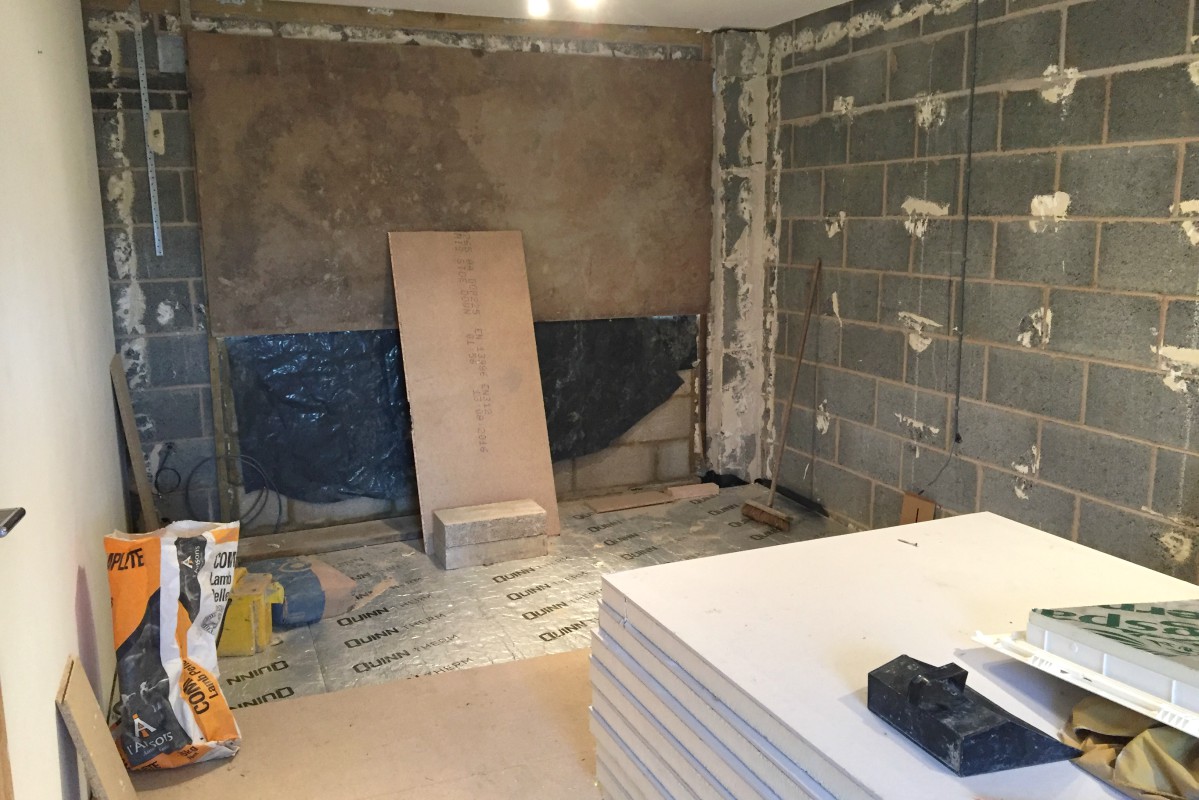 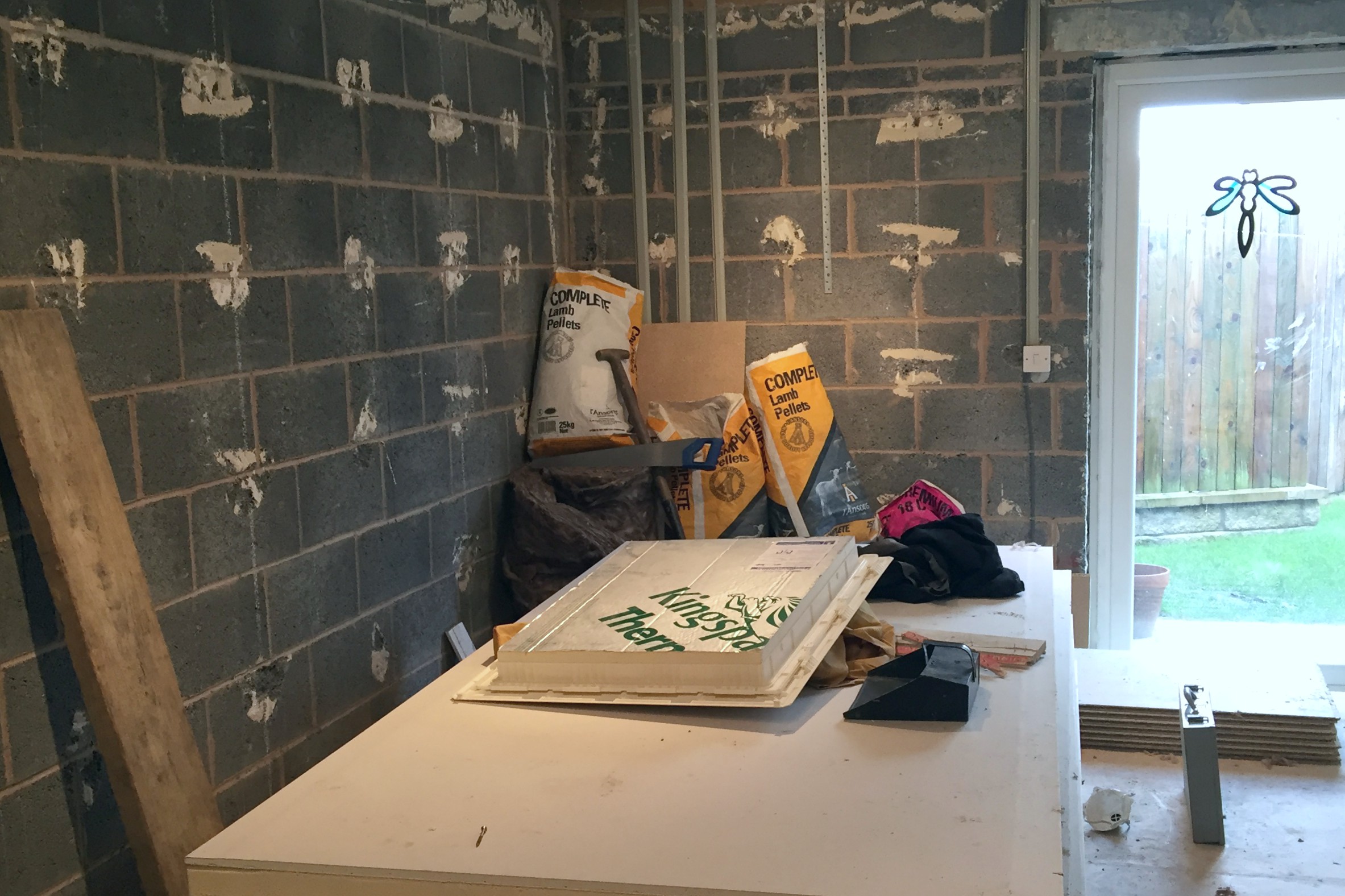 As the floor was covered in laminate before, I had hoped to take that up and reuse it in the new, improved room. We had problems finding an exact match for the boards though, and so this morning decided to go ahead and buy new laminate for the entire room.

It’s another extra expense but at least that £200 or so will mean I know the floor will stay where it is and not come up if it doesn’t slot together tightly enough.

I had considered using a vinyl flooring, but in the end decided the laminate would match the kitchen floor so stuck with the same dark oak colour. The one we chose is called Hickory from Howden’s.

I can’t wait to get in there now and set all the kids’ stuff up – and to create a little writing corner for me. I also need to reclaim my lounge, which is currently housing all the stuff from the playroom, and make room for a Christmas tree!

There are a few photos here of the transformation; not the prettiest I know, but interesting if you’re thinking of doing the same kind of thing.

I’ll be back with another update when we’re in. 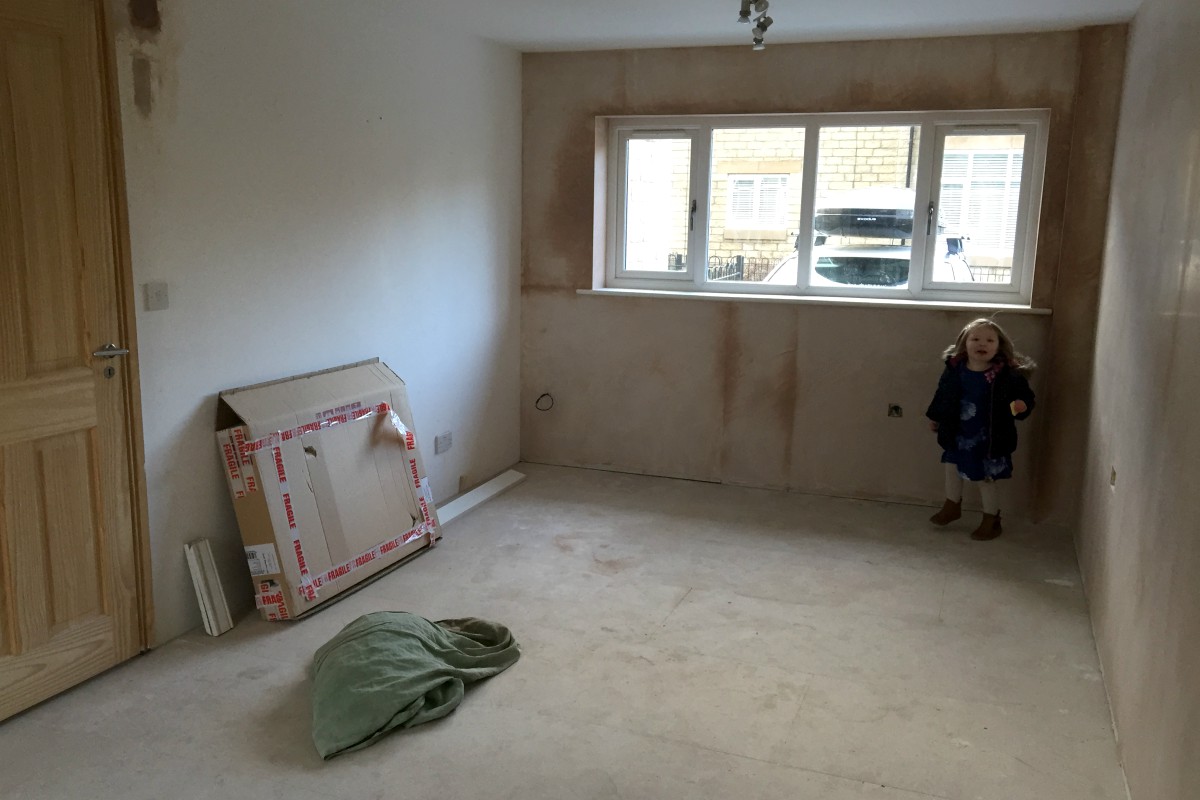 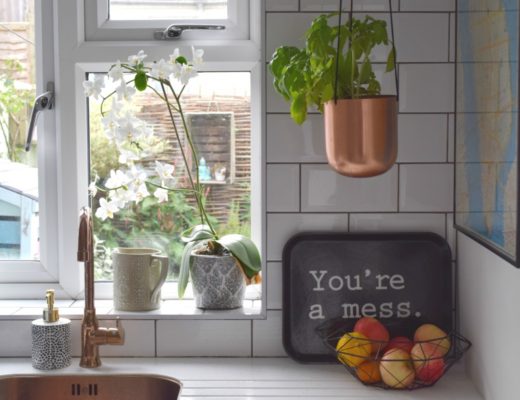 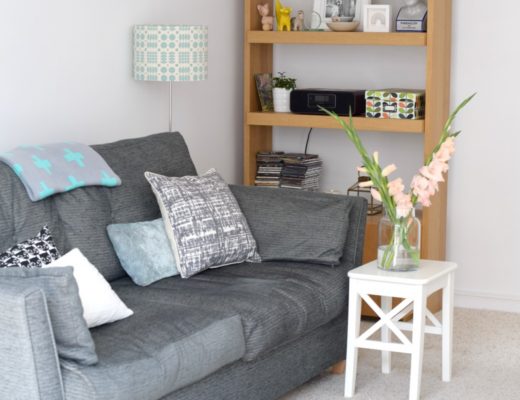 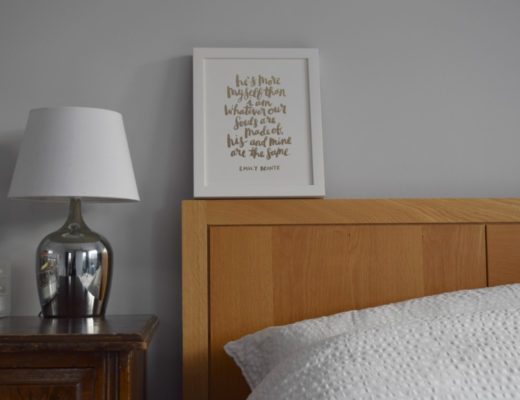 We're at the end of the first week of December and Christmas trees are going up in homes around the...