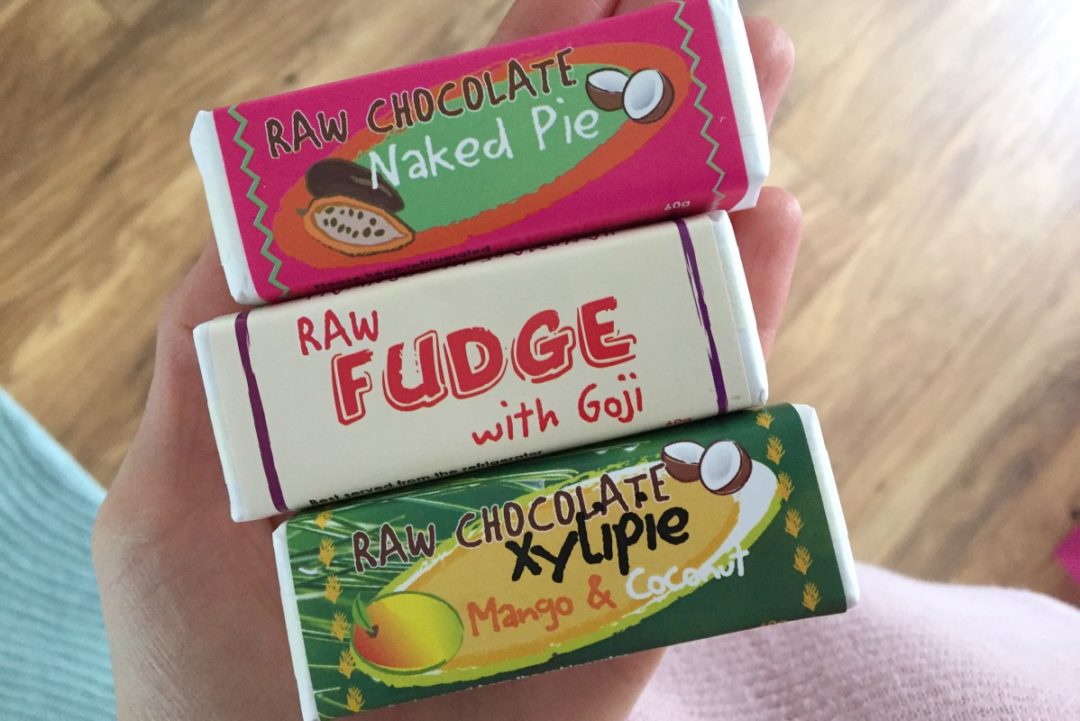 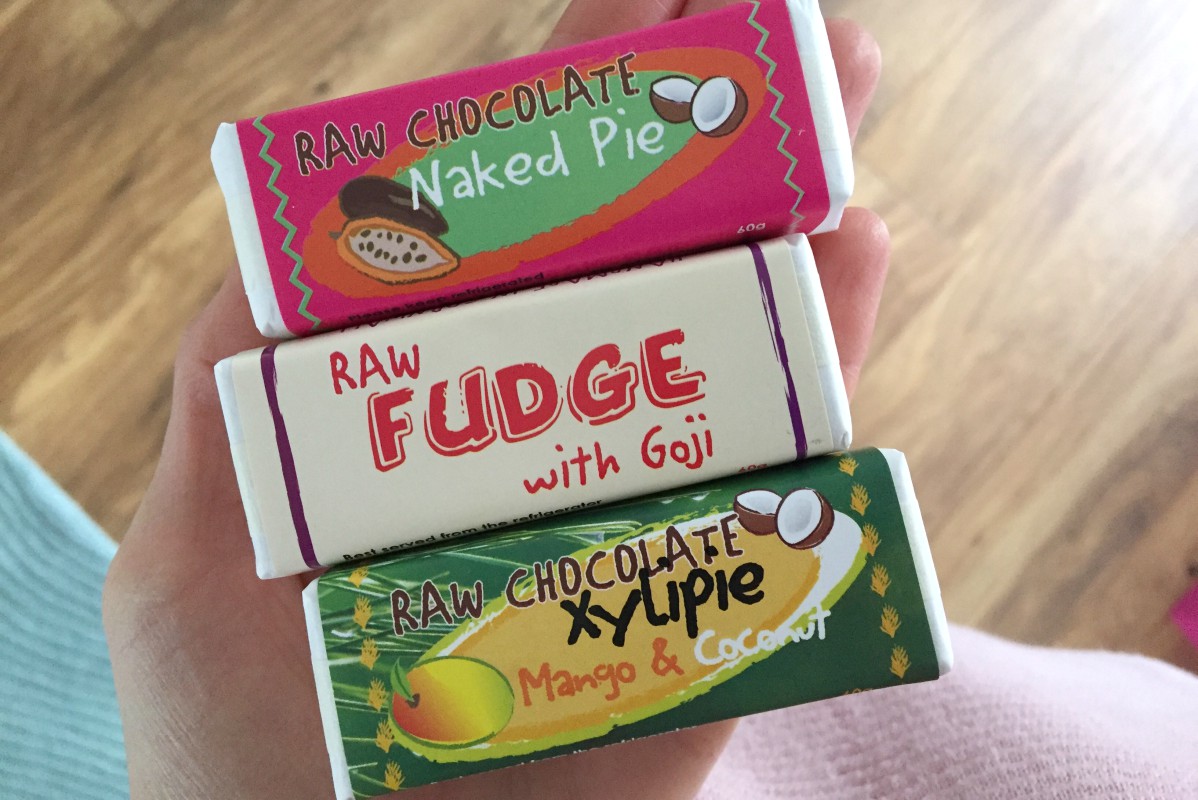 I have been vegan for four days now. It’s not a permanent lifestyle choice, more something I wanted to do to satisfy my curiosity. I know a few vegans and they seem to be happy, healthy souls who eat nice food with a clear conscience.

Read all my posts on Veganuary here:

An Update Two Weeks In

Veganuary – How Did It Go?

Like lots of people I’ve decided to try going a month without any animal products in my diet – I’m joining some 50,000 others in doing ‘Veganuary‘.

Awful name, but great concept, so stick with me!

As a lapsed vegetarian who once earned the nickname ‘the vegan’ while on a holiday with die-hard carnivores, I don’t imagine renouncing all animal products for one month to be too hard. Instead I’m hoping it will force me into taking more time to prepare my food, think about what I eat and making healthier, more nutritious choices. Not difficult after a few weeks of Christmas indulgence, but putting my own needs first seems like something I don’t often do when it comes to food.

I’m a single parent whose main role in the kitchen is to serve up meals which appeal to two children and to me. I rarely have time to prepare two separate dinners, so end up making food which my kids will eat but can be adapted for me – usually by adding more veggies. It usually ends up being pretty plain and unadventurous. 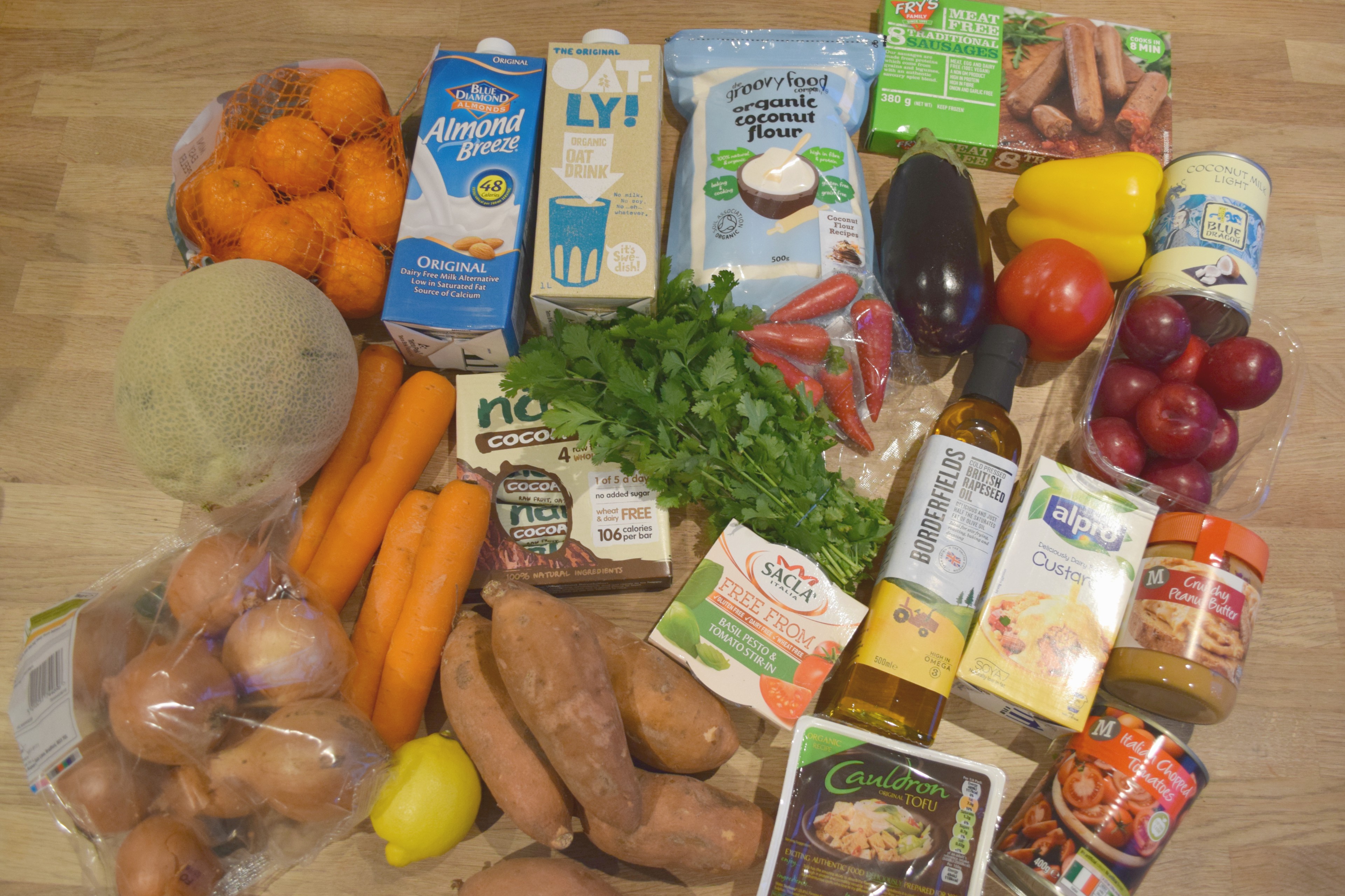 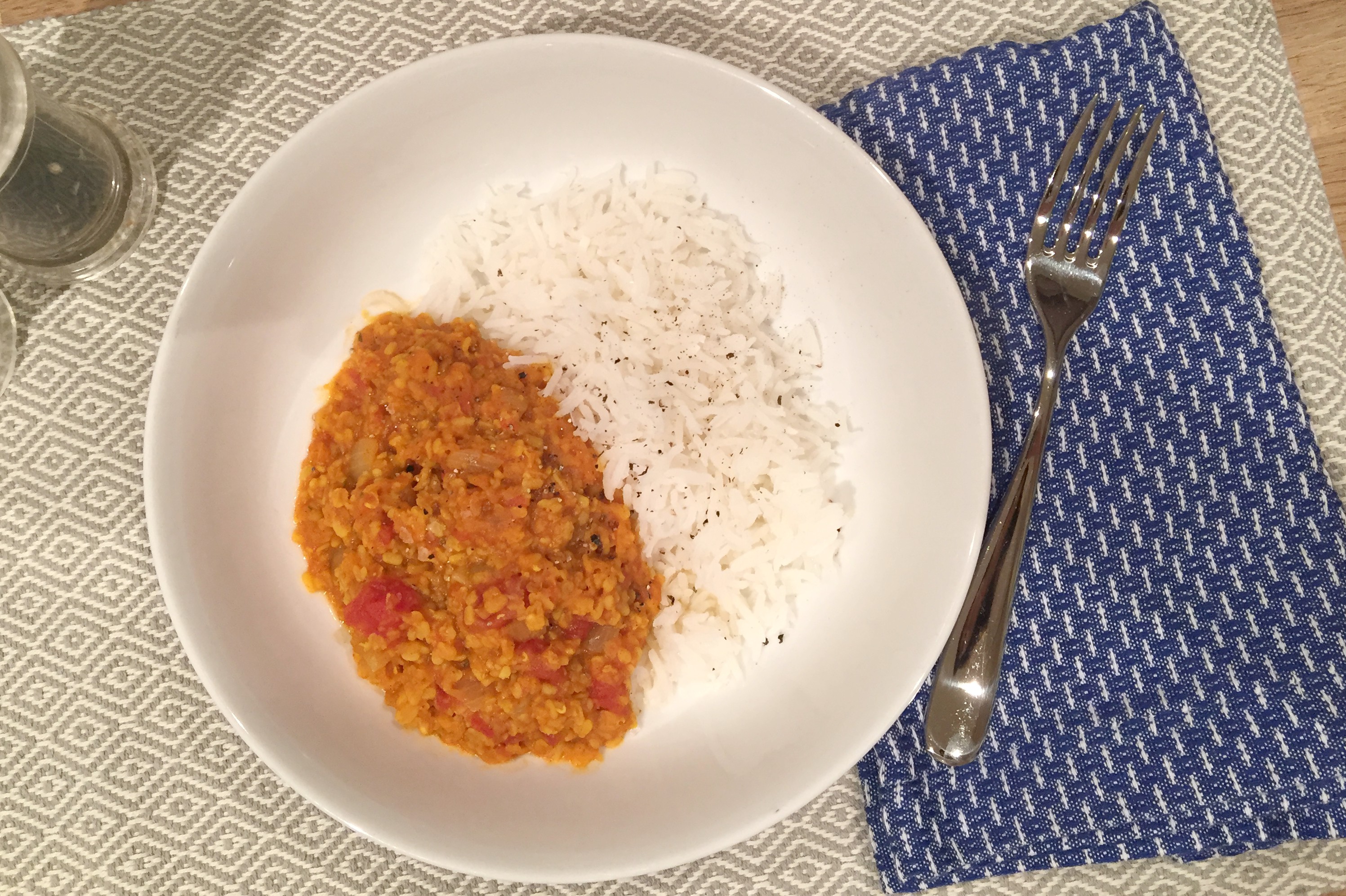 The meals that everyone likes are chilli, pasta with pesto or passata, chicken and cous cous, anything with oven chips, toasties and baked beans. Ok, so I know the last two are not strictly meals but they are quick crowd pleasers.

When my husband was here (if you’re new to my blog, Roger very sadly passed away in 2015) he did most of the cooking. He was a vegetarian, a great cook and an organised shopper – and to be honest I’m not really any of these things. But I’m trying!

I should also add that I’m only trying the food side of being vegan, I’m not ready to give up leather shoes just yet and I am still taking my daily omega 3 and fish oils. Oh and alcohol – well I know some alcohol is not vegan-friendly but I haven’t really checked that out yet, instead taking a more ‘head in the sand’ approach to the booze aspect. Dry January, this is not! 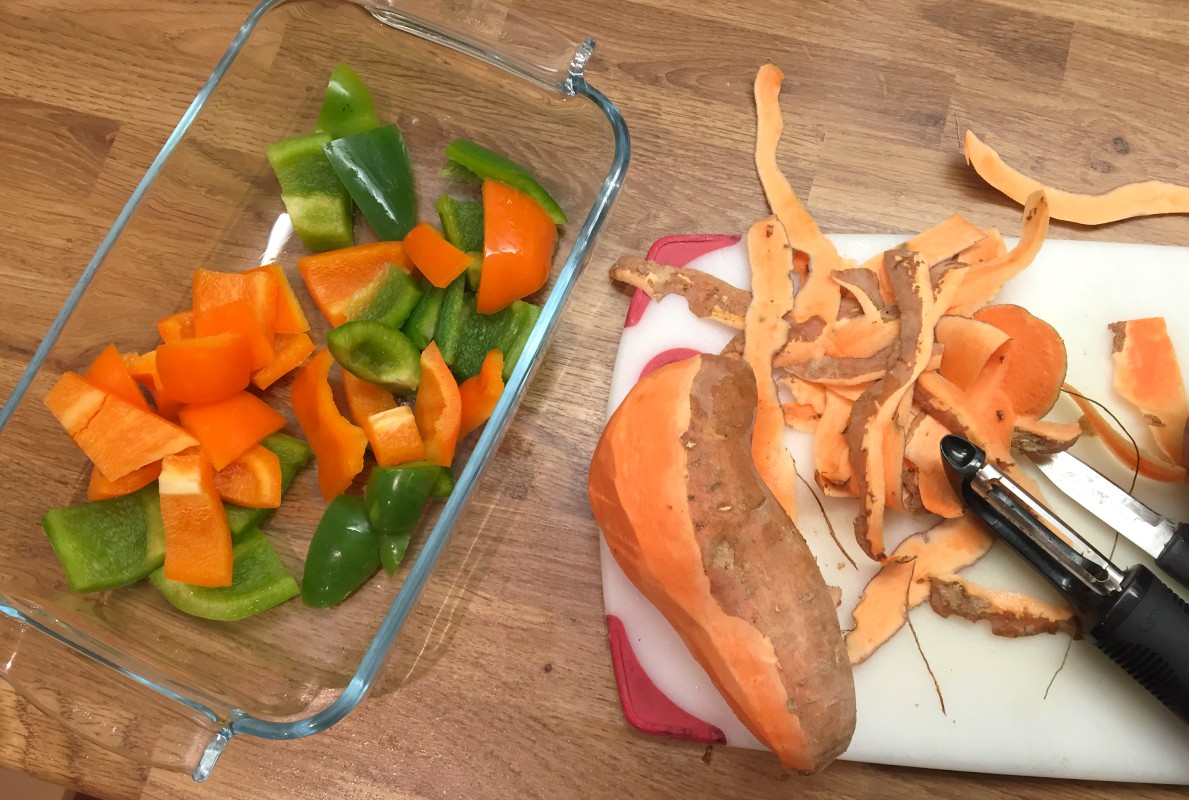 Let’s cut to the chase as I know you’ll be thinking – what have I actually eaten?

Porridge made with almond milk and frozen rasperries. I usually have this anyway but with skimmed cow’s milk, and found I really liked the sweetness of almond milk in porridge.

Pasta salad made with fresh veg and a small amount of vegan cheese.

Lentil dahl with rice (one of my favourite recipes anyway, and the kids like it)

Pasta with vegan-friendly pesto and tomato sauce, sweetcorn and a veg sausage (Fry’s Family, which I’ve never tried before but it was nice, and again the kid loved it).

Vege-burger style small patties called Biona Little Stars, which I bought to appeal to Sam and Flo, with cous cous and some slow-cooked black turtle beans.

Vegan marshmallows (these are so good but cost a fortune, £3 for a small bag!)

Vegan chocolate made by a Cornish firm called Raw Chocolate Pie, which was amazing. Really dark and rich tasting.

Nakd fruit and nut bars – the cashew is a personal favourite. 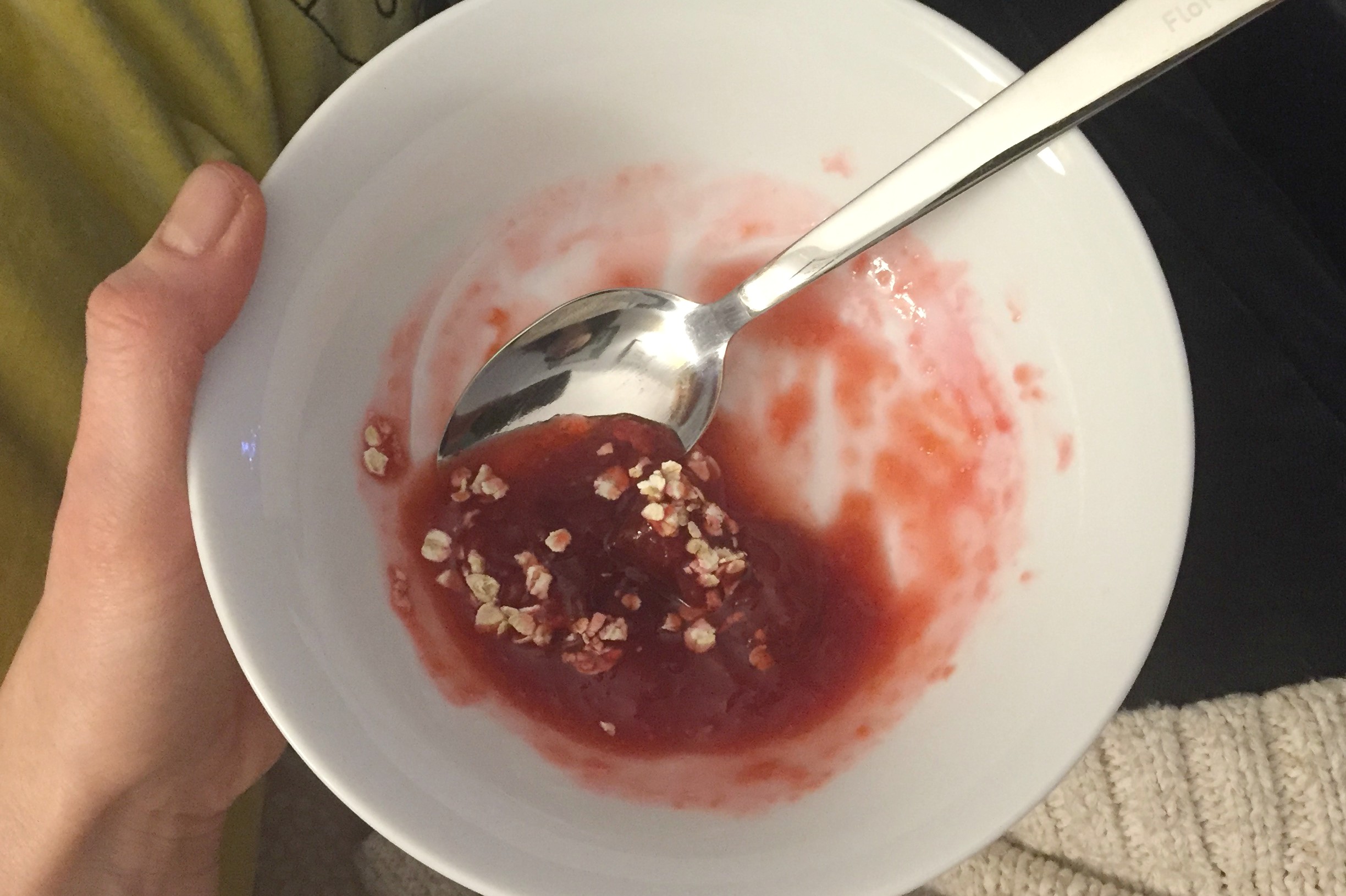 So far it has been pretty similar to my usual diet, only when I’m being good and not snacking on biscuits and chocolate between meals. I usually eat the fruit, but with a Milky Way chaser, you know what I mean?

On my last working day of the year I spent my lunch break browsing a health food shop in Leeds, picking up a few things to help keep me on track from New Year’s Day. My usual cure for a late night is a boiled egg and toast, so I knew I had to be prepared! I stocked up on some Vegan-friendly milk, butter (or should I say spread), cheese, milk and (ahem) chocolate.

So far I have found the Suma Soya Spread to be really good, just as tasty as butter, and the Violife cheddar ‘flavour’ cheese much nicer than I imagined. What on earth is vegan cheese made from you might ask. Well, it seems it’s mostly coconut oil, water and flavouring, but for me it’s better than going without and I am actually growing quite fond of it.

The tofu sausages you can see in the photo I didn’t buy, they just amused me. I’m sure my son would devour them, real meat or not. 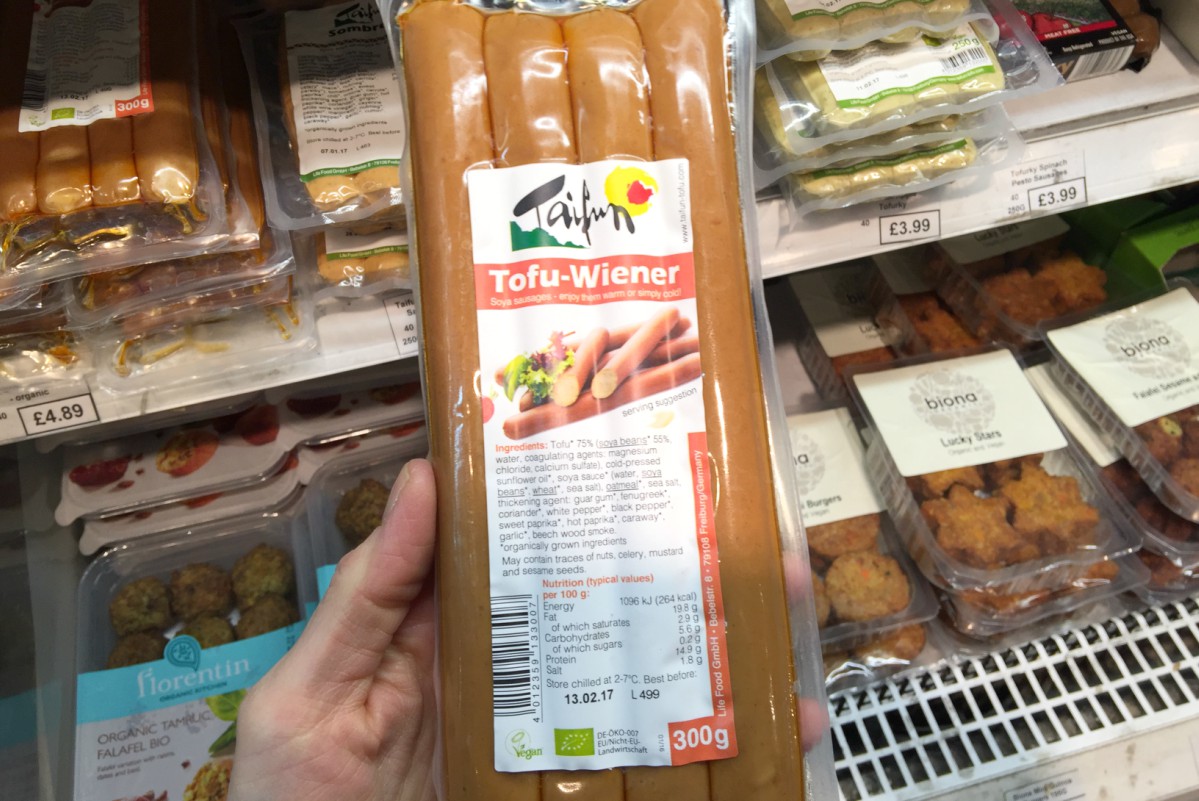 The milk, well that is a minefield. I started with the almond milk, which is great in porridge but not so great in tea. I am getting used to it, but I think as I like my tea fairly pale I need to add more of the almond milk than I would the usual dairy.

I’ve been told that oat milk is good in tea, as is soya and Koko dairy free milk, so these are on my list to try too.

Coffee I have been drinking black which I like anyway so I haven’t really missed milk there.

I listened to an interview on BBC 5 Live today in which Clea Grady from the Veganuary campaign said: ‘It’s a marathon not a sprint – it’s about intention – not perfection’.

That kind of made me feel better about the odd glass of (probably) non-vegan wine.

She also spoke about how you could easily be a ‘junk food vegan’, which sounded like the ultimate put-down to me but I did see where she was coming from. If you’re not careful, I could see how you could not be bothered to make your own healthy vegan food and live on toast, crisps (I’m sure some are vegan) and stodge. It does seem pretty high-carb, but there are so many ways of making your vegan diet an intensely healthy one too.

Beans and pulses for example are all great, as are foods like tofu and grains. So far for me it’s been about getting back to cooking real, tasty and nutritious food from scratch, and feeling good about it.

I’m trying to avoid posting too many photos of food on instagram, or talking about it too much to anyone who’ll listen. Honest! I don’t want to be preachy or a food bore, I just want to give it a go. If you have any tips or advice I would love to hear them.

PS My children are definitely not going vegan for January, but I’m trying to get them to try some more foods along the way. 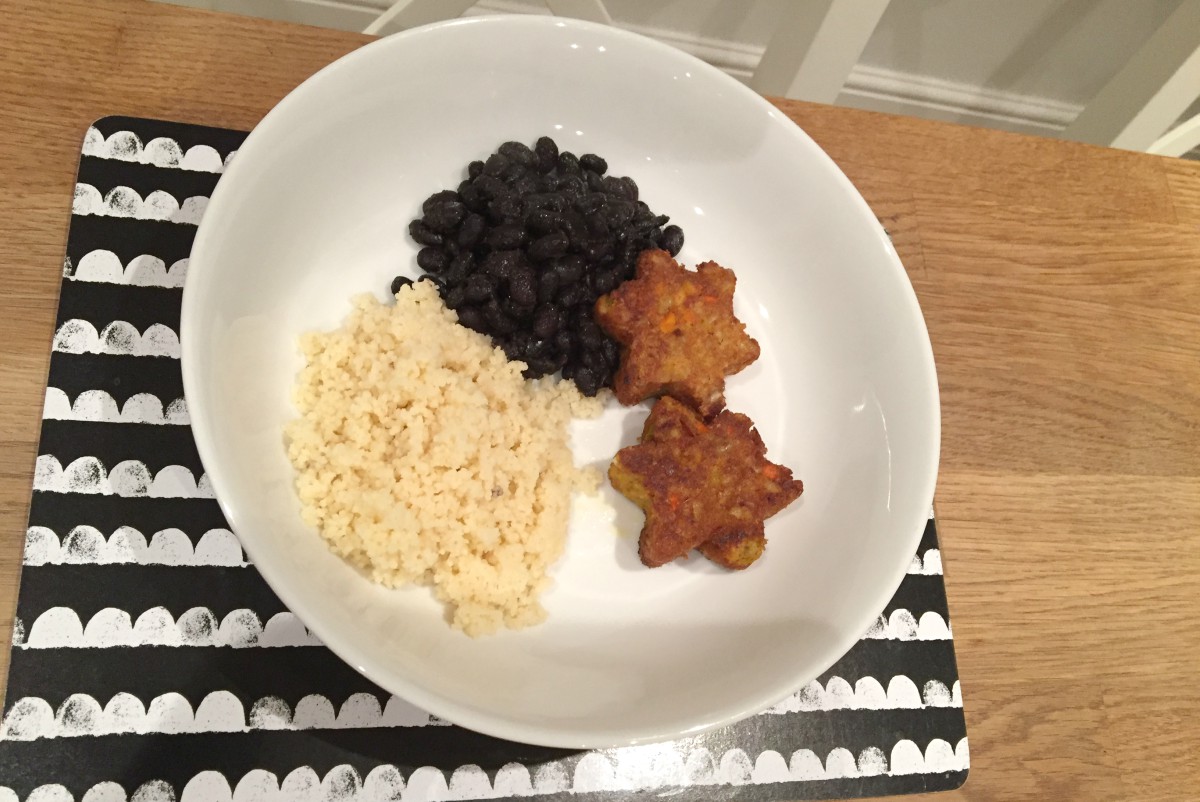 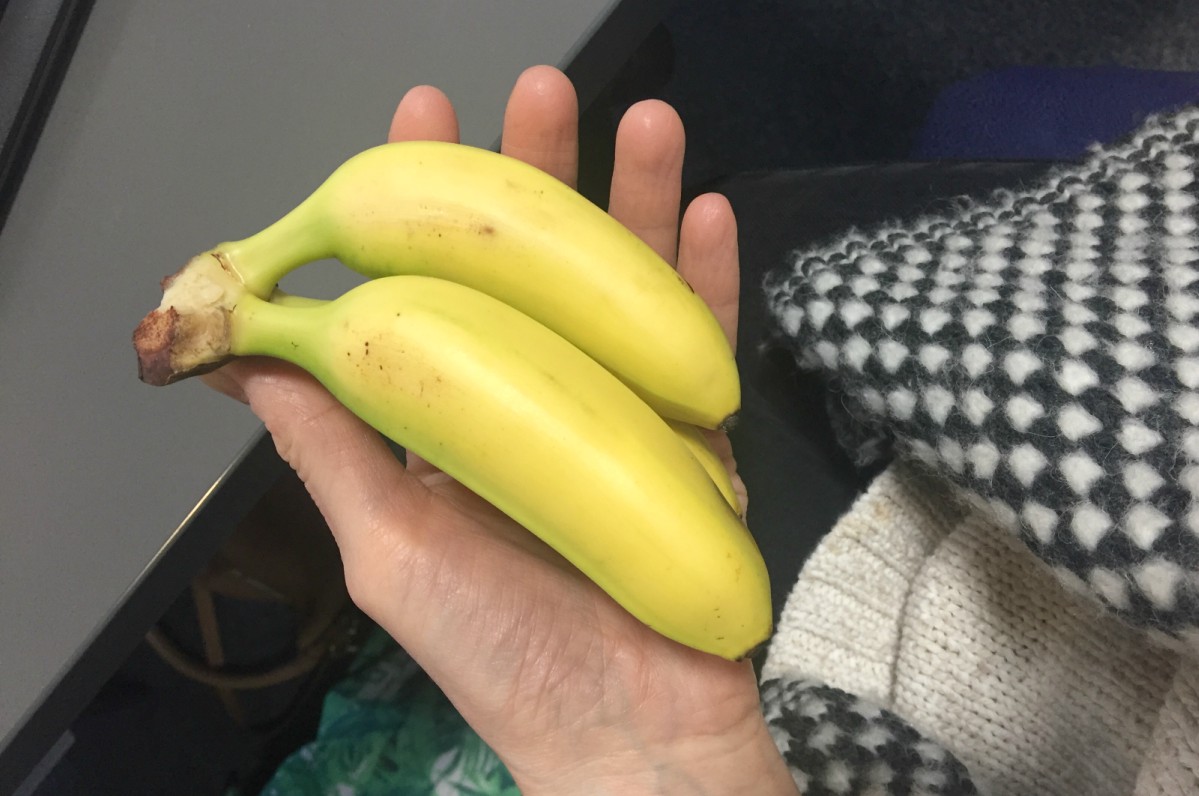 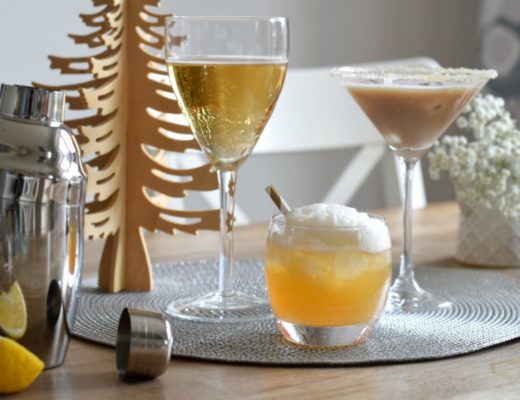 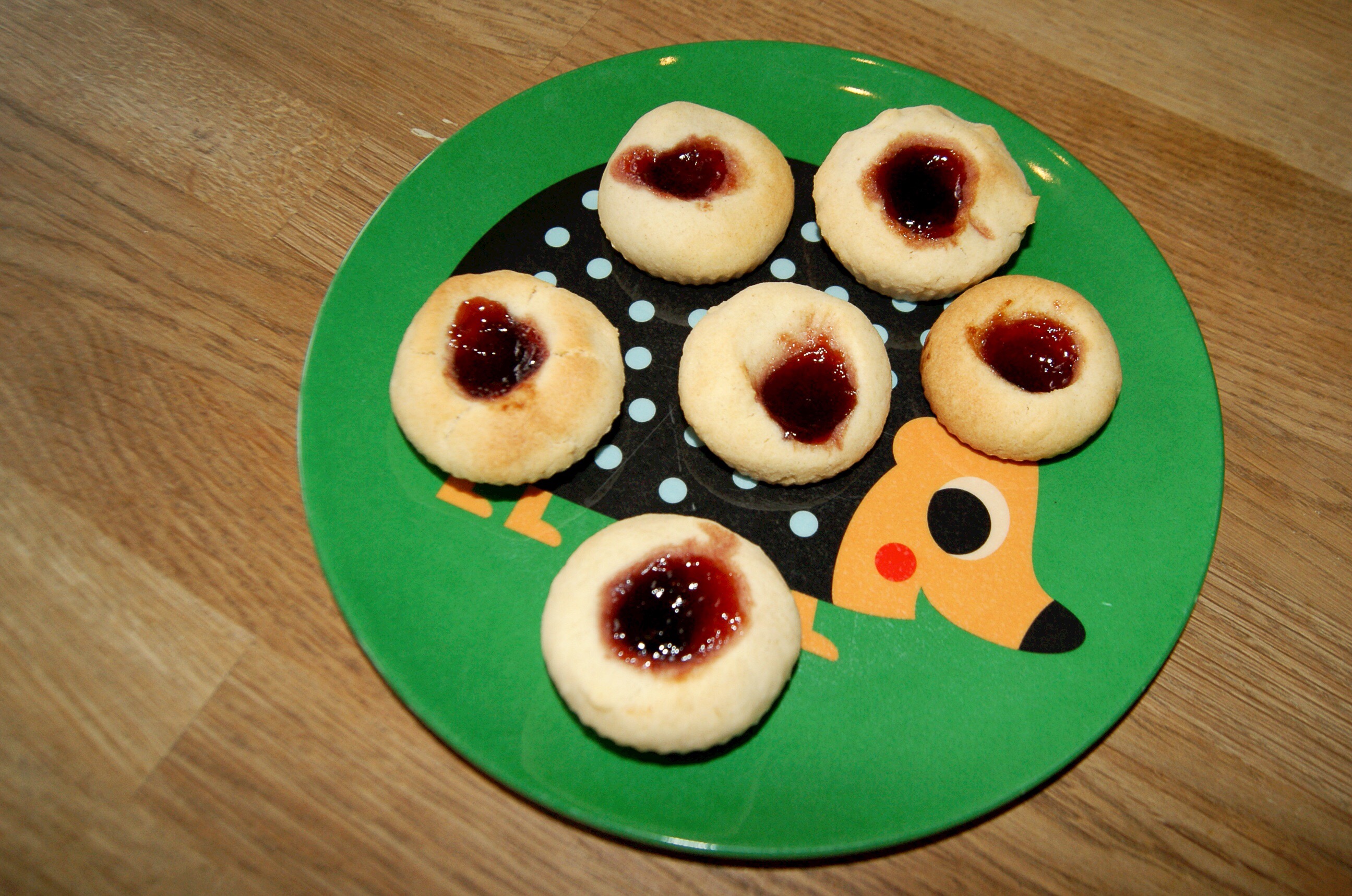 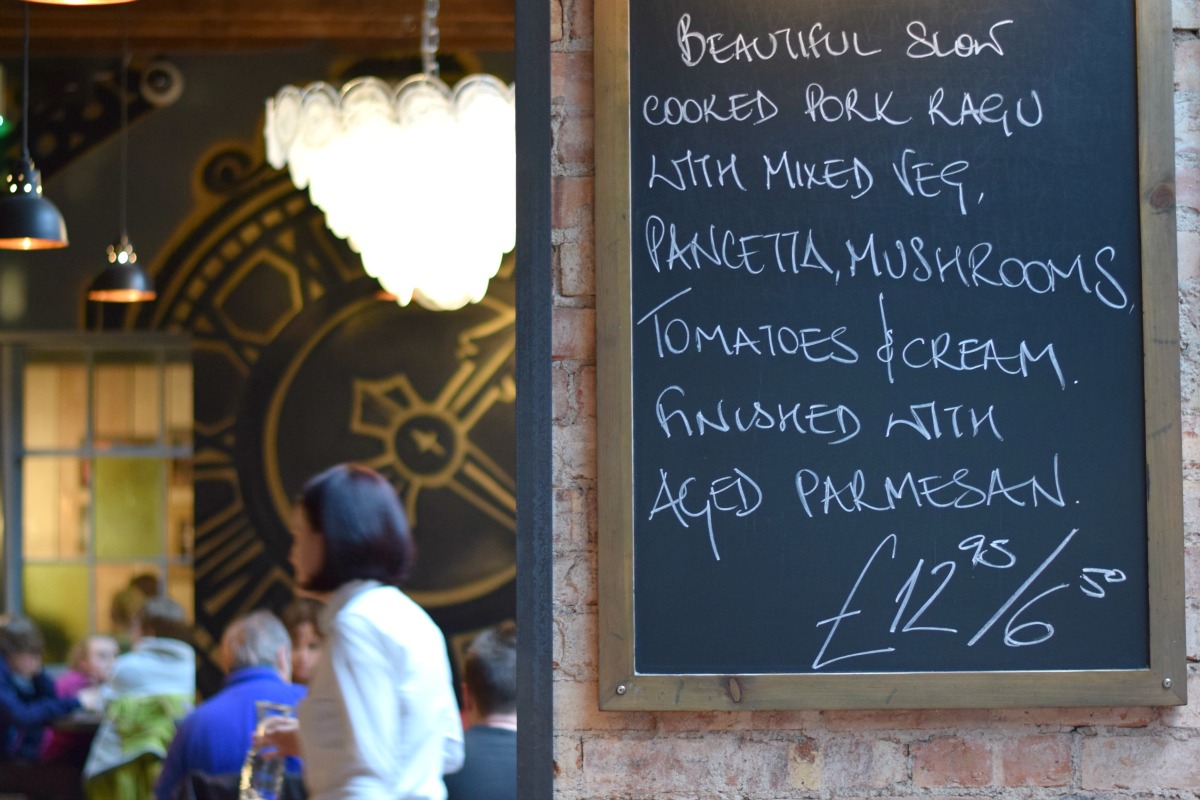 It's the last day of December and I think I've forgotten how to write. I've been trying to put into...