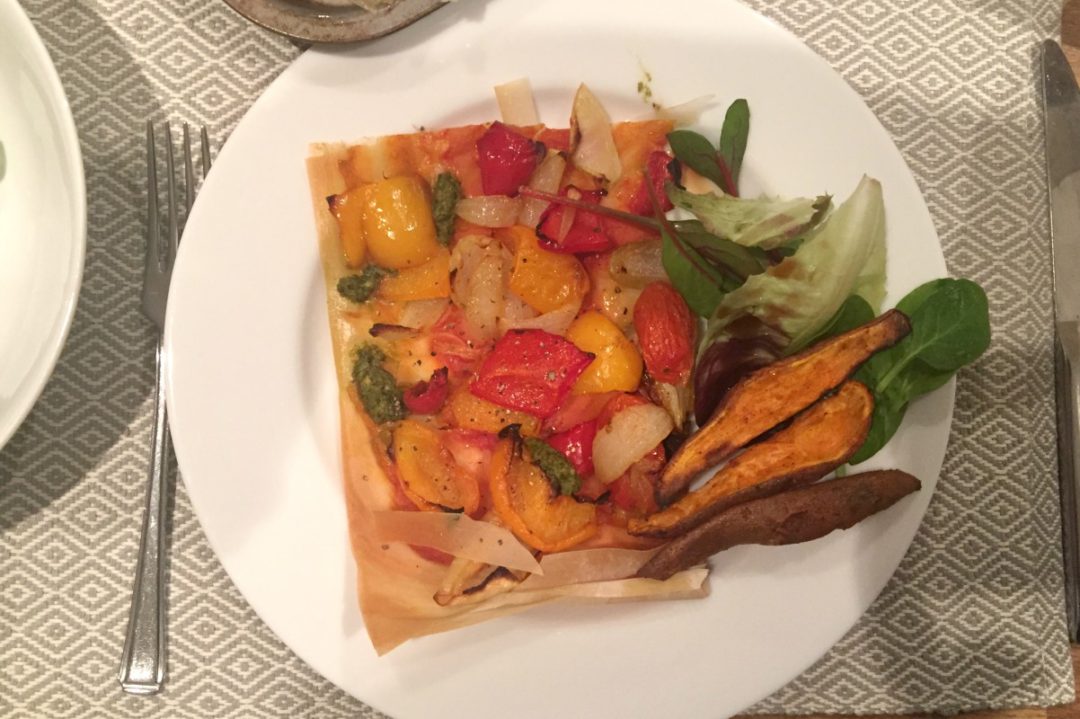 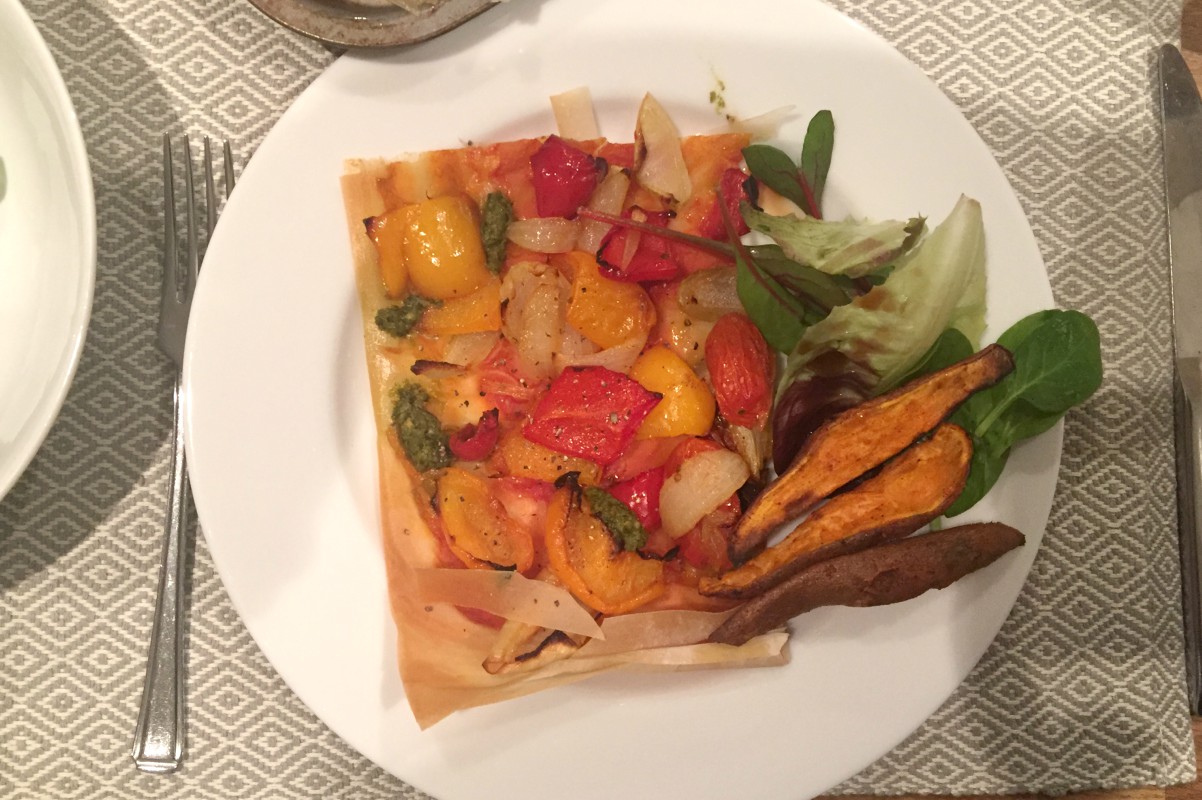 I have been a vegan all year – well we are only just over two weeks into it but you know, I have been vegan for that whole time. It’s because I’m following Veganuary and have committed to spending the month of January without consuming any animal products at all.

I used to be a vegetarian, and love veggie food, so I knew giving up meat and fish wouldn’t be too much of a sacrifice, but I eat a lot of dairy so was curious to see if I could give that up for a while – and what the side effects or benefits of that may be.

At the start of January I was wondering whether I would make a full month on a vegan diet. No milk, cheese or eggs? What would I eat? But once I found a few substitutes and worked out what I could and couldn’t eat, I found I really enjoyed this new way of eating. More than anything, it’s led me to go back to the way I used to cook, making healthy, veggie foods from scratch and being much more organised with meals and planning for the week.

Many of the recipes I’ve tried have been things that can be made in large batches, meaning they can be eaten for a few meals and still have some left over for the freezer. 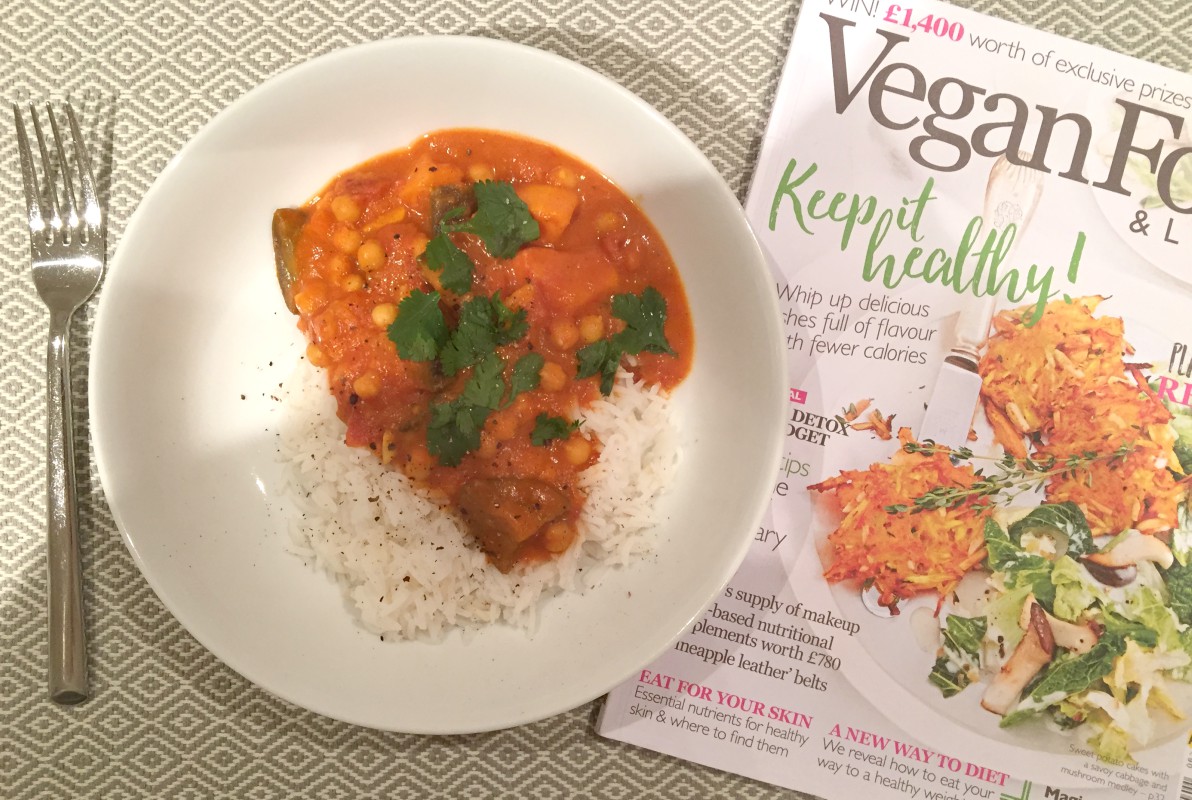 I have eaten quite a few vegetable curries it has to be said, but then I love them so that has been a joy rather than a hardship.

I have managed a weekend away, staying in a hotel, going out for a pub lunch and eating dinner at a friend’s. Where I thought I’d struggle, I actually found it no problem at all, so long as I managed to keep a lid on my desire for scrambled eggs on toast at the hotel breakfast.

Eating at my friend Caroline’s was fantastic as she is used to catering for different diets and avoids dairy herself. Caroline is a singer and dairy apparently is not good for the voice – while I’m here why not check out her music on soundcloud? It’s just as fab as her cooking!

She made a tofu and vegetable curry and served it with rice and coconut yogurt, which was really yummy.

That’s another thing I’ve found though, I’ve been eating rather a lot of coconut things. Which is great for me as I love coconut, but you might struggle if you weren’t a fan. A few of the recipes I’ve tried have used coconut milk, there is coconut milk in tea, you can use coconut oil in cooking – even though I haven’t – and we even had some gorgeous Coconut dairy-free ice cream. That was good, it was from Coconut Collaborative. 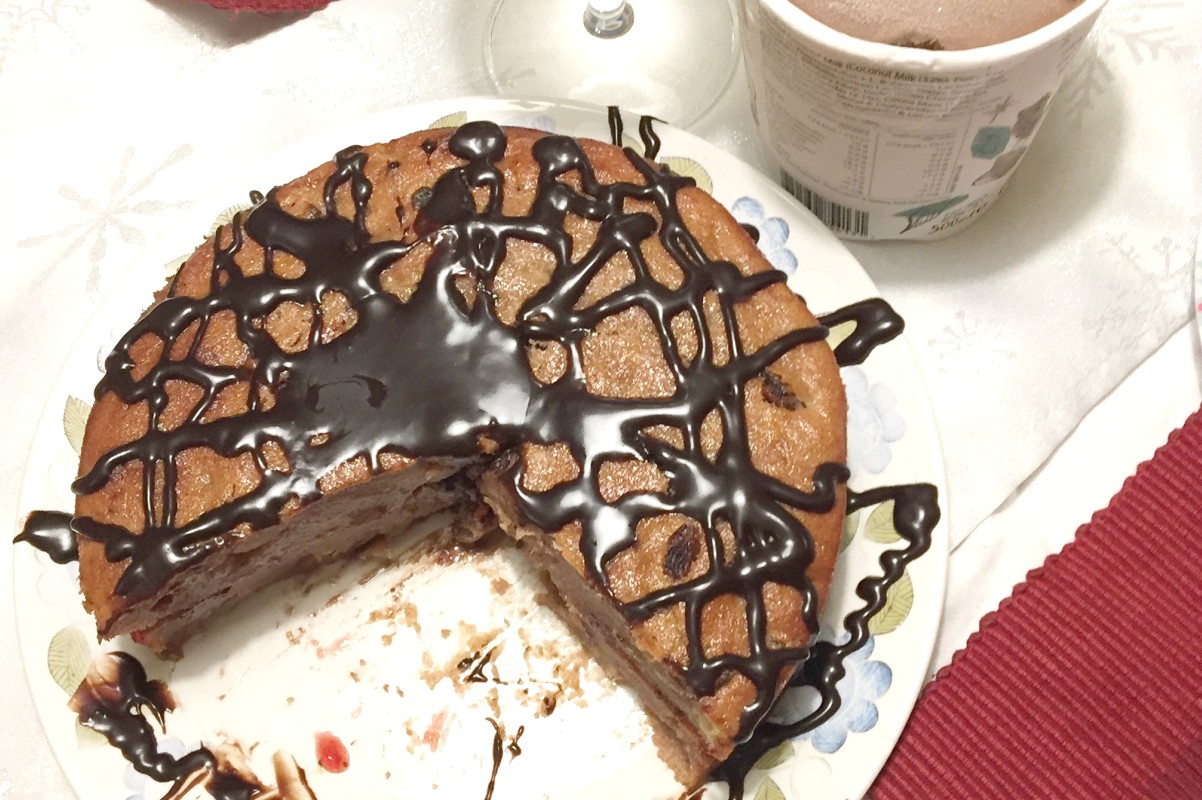 Caroline’s daughter Drew also made a vegan banana and chocolate cake which was so good. Can you believe it,the chances of going o someone’s house and they happen to have in some freshly made vegan-friendly cake! I have good friends!

As well as a weekend away, last night I had a friend round for dinner so it was the first time I’d cooked an entirely vegan meal for a guest in Veganuary. Fortunately – and I say that because it was something I’d never made before – it was a hit.

I served my friend Jo a filo pastry tart with roasted vegetables and pesto, alongside sweet potato fries and a green salad. I made half the filo tart with ‘normal’ cheddar cheese and chorizo, to make it into a kind of thin pizza for Sam and Flo. They absolutely loved it too; although Flo loves roast veg, I don’t think Sam would eat it and sometimes you just want to give them something you know they’ll eat don’t you. The Jamie Oliver sweet potato fries were really good too, perhaps as I left the skin on they held their shape a bit more than usual.

We had mango sorbet for dessert, which is vegan-friendly and I think it was a Del Monte one from the supermarket so easy to get hold of, and less expensive than dairy ice cream too. 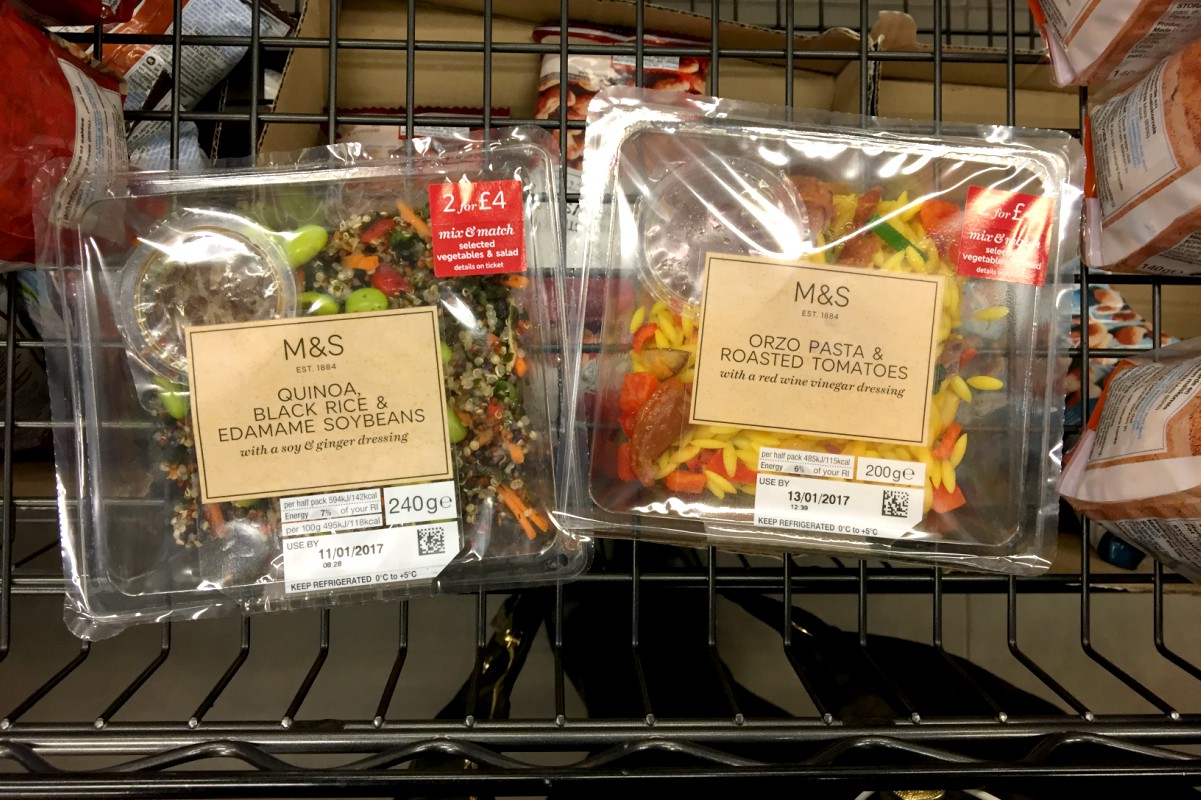 Here’s what I ate.

Pretty much every day I have had the same breakfast, which I do anyway so it’s not from lack of choice, just preference!

Porridge made with almond or soya milk topped with either frozen raspberries, cinnamon or banana.

Marks and Spencer quinoa and endemame salad with soy and ginger dressing.

Vegetable jalfreze (a pub lunch at a family meal, the only thing vegan on the menu but gorgeous!) 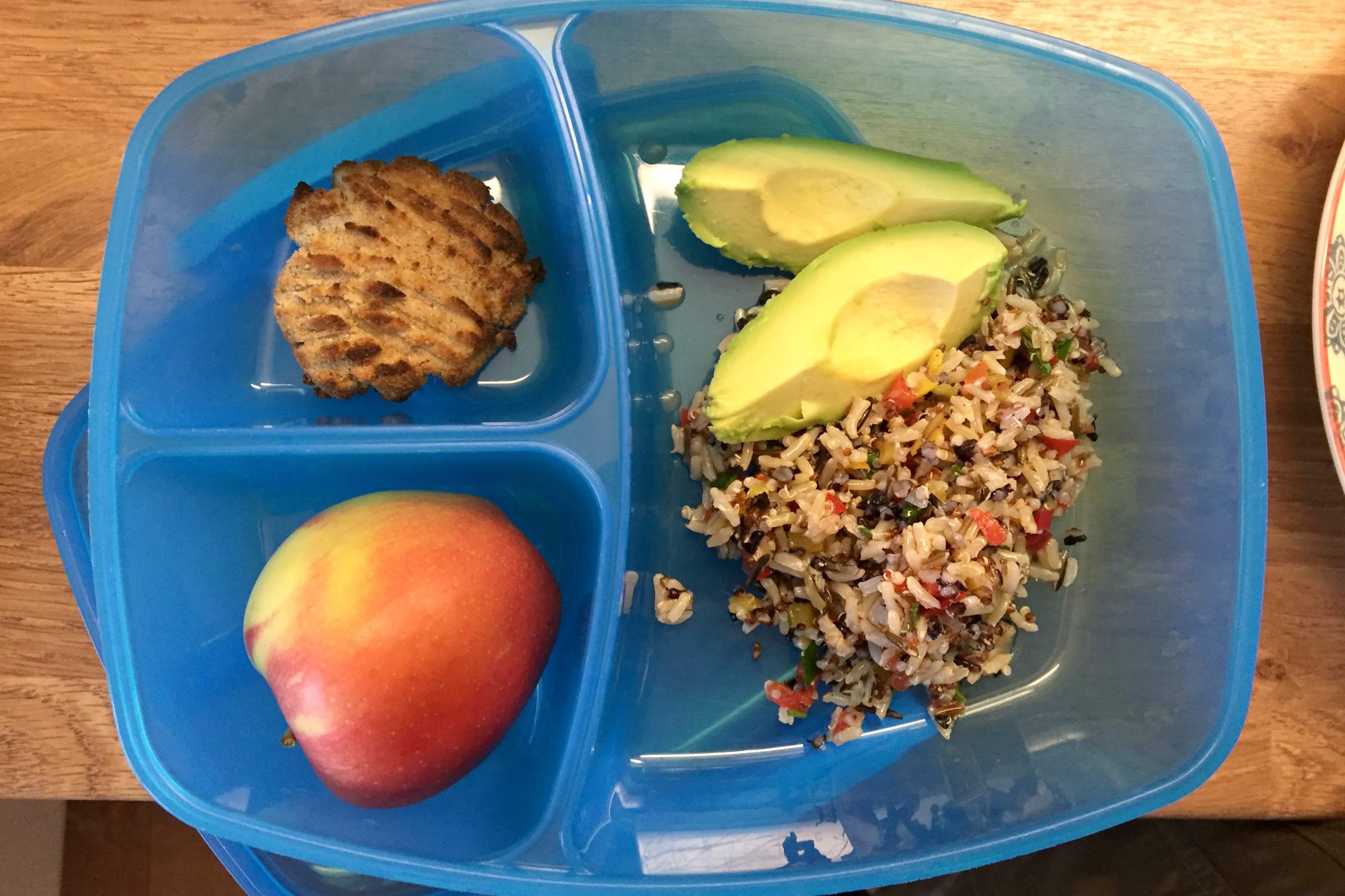 Roast dinner without the meat – roast potatoes, carrots and parsnips, and roast tomato and courgettes made by my dad.

Nakd dairy-free bars, cashew or cacao are my favourites.

A vegan-friendly blueberry crumble bar from Out of This World food store in Leeds. This was awesome and even had caramel topping. Totally satisfied my sweet tooth!

Chocolate – try the really dark ones, like Montezuma’s Charlie’s Luck with Spiced Peanuts. 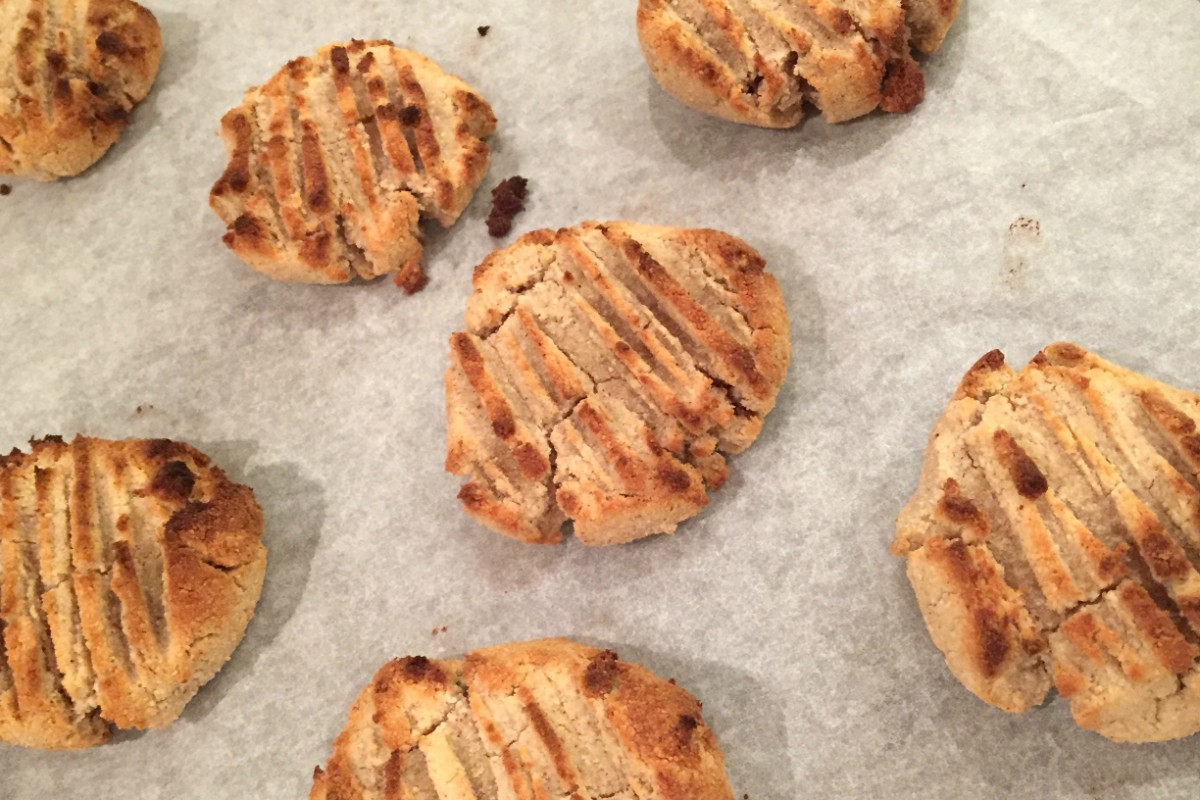 It has all been pretty easy to prepare, I haven’t followed any complicated recipes or used any foods that have been difficult or expensive to buy.

I have followed a few different diets before – I try to avoid wheat generally and once gave it up for more than a year – but this is the first time I’ve gone without dairy. I’ll be honest, I was thinking I would struggle as I did used to eat at least one pot of yogurt a day, usually either plain fat free yogurt or a low fat fruit one like a Muller Light or something like that. But I haven’t missed it at all, I have enjoyed changing the foods I eat and finding alternatives.

Cheese, I know I couldn’t give up forever, but this has shown that I could easily cut down. Vegan cheese is not too bad actually, so when you’re preparing food at home it would be easy, it’s just eating out which is slightly harder. I mean there are usually dairy-free options available in most restaurants now, but seeing the veggie ones with yummy cheese on is very tempting. I love a bit of halloumi or feta as much as the next vegetarian, but for the short-term it has been easy to forego.

As for the benefits, well I have to say this way of eating just makes me feel good. It’s a clean way of eating, with lots of fresh ingredients and I’m eating a lot of lovely brightly-coloured fruit and veg. I’ve lost weight – maybe three or four pounds so far – but saying that, who doesn’t shed a few extra pounds in January?

I do feel lighter though and my waist feels slimmer, so that’s a good incentive to keep going.

Another incentive is the feeling that I am eating in a way that is kind to the environment and to animals. The more I read about how meat consumption affects the earth the less I want to eat it. There is lots of information on the Veganuary website

There’s a slogan too which sticks in my head, and that is ‘milk is for baby cows’. It makes sense, doesn’t it? I think that deserves a whole other post, so for now I’ll leave you with this epic piece of writing about all the food I’ve eaten!

Please do let me know if you are doing Veganuary too, or if you have any good ideas or tips for me. 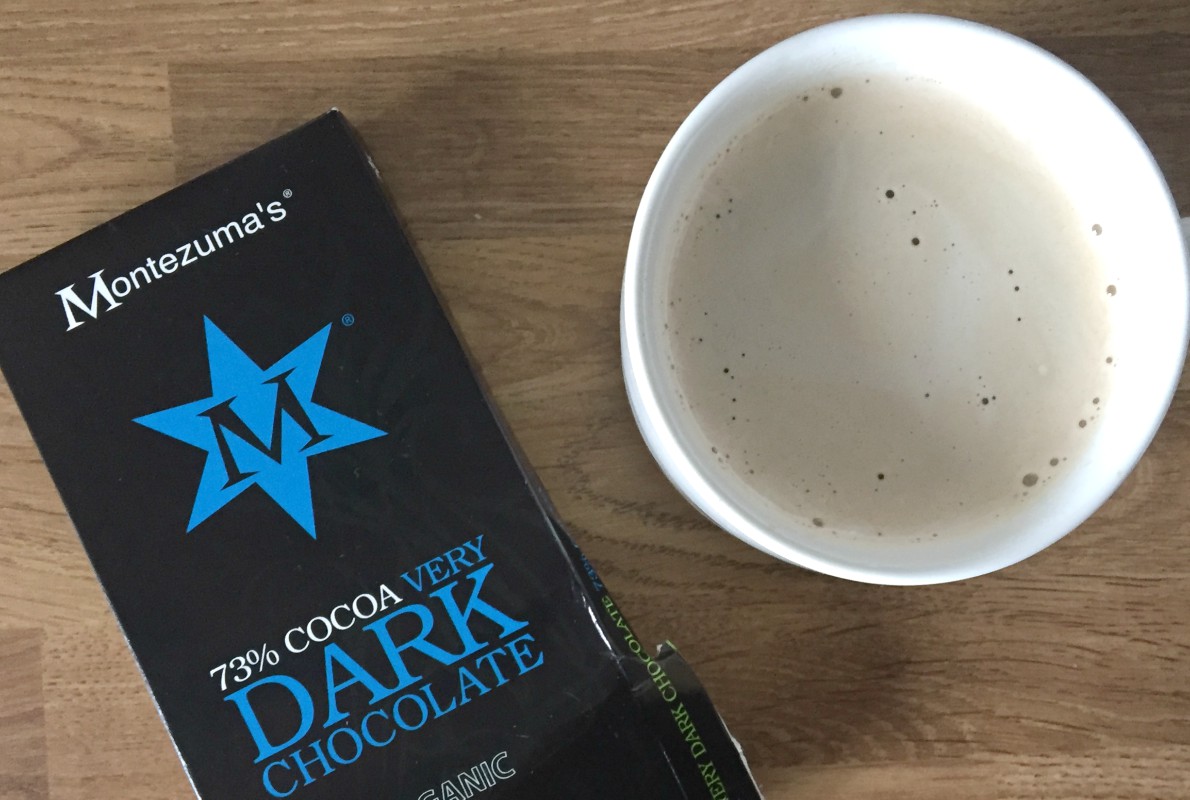 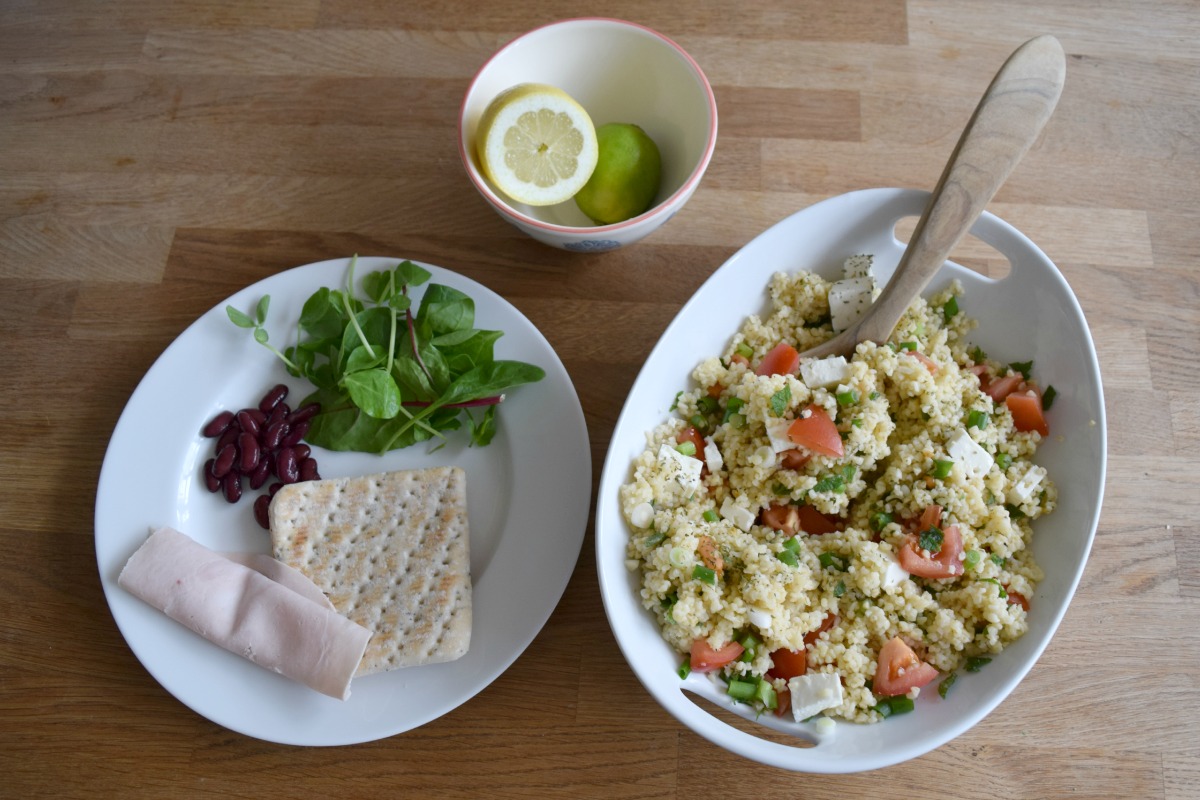 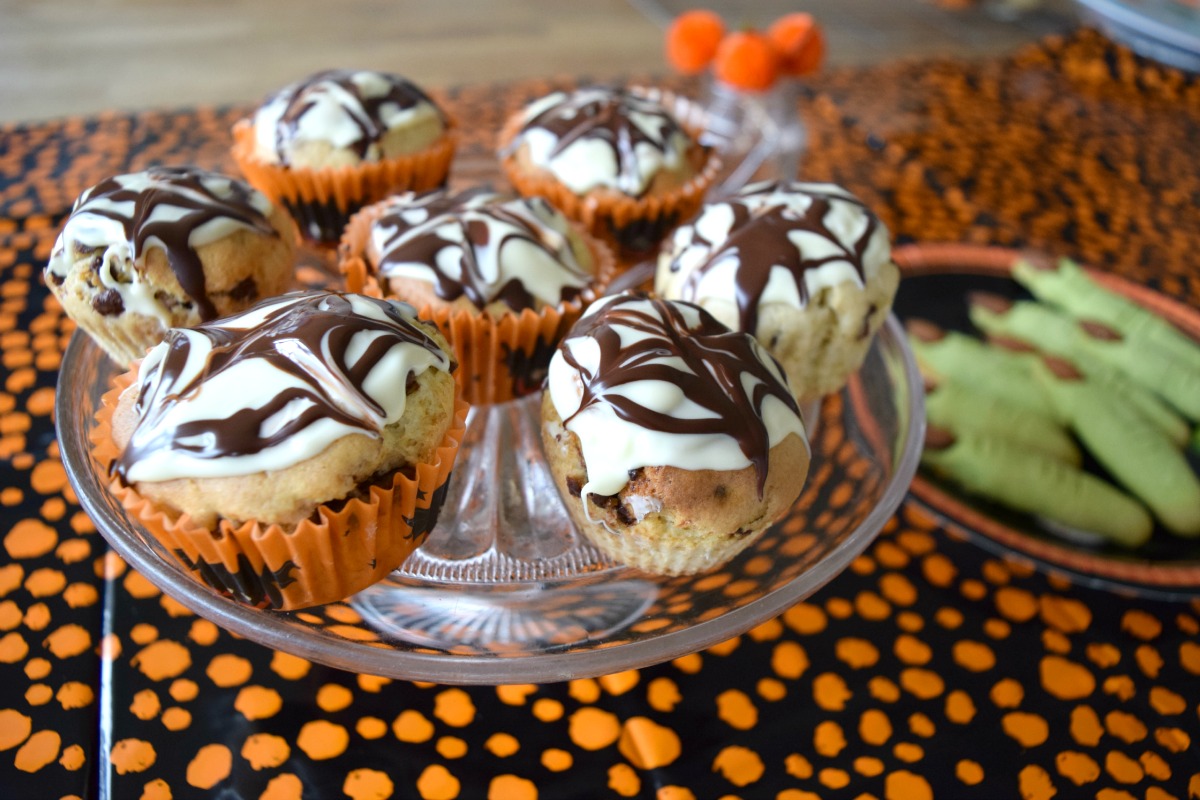 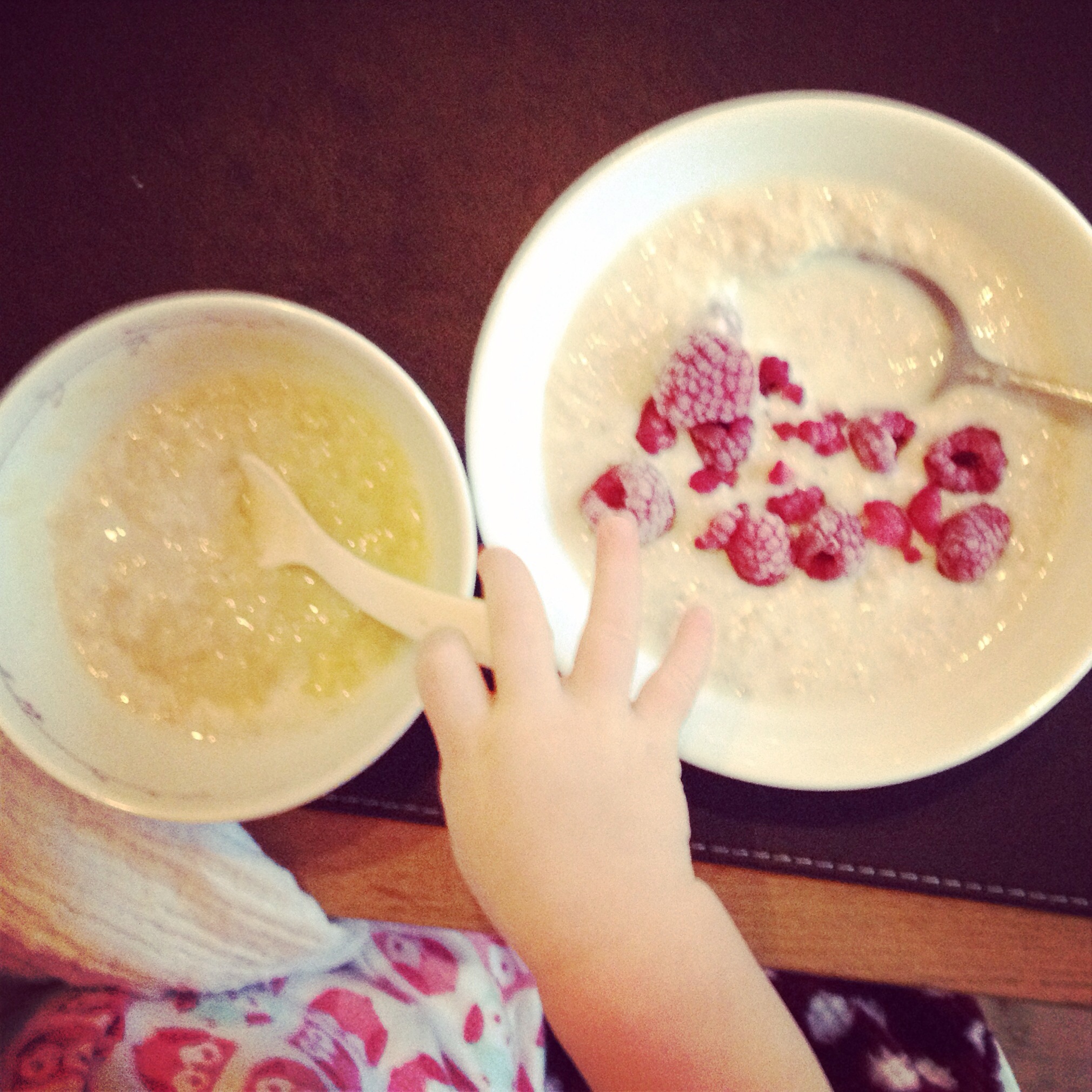 I haven't had my own desk space for years but since I had the garage of our home converted into...