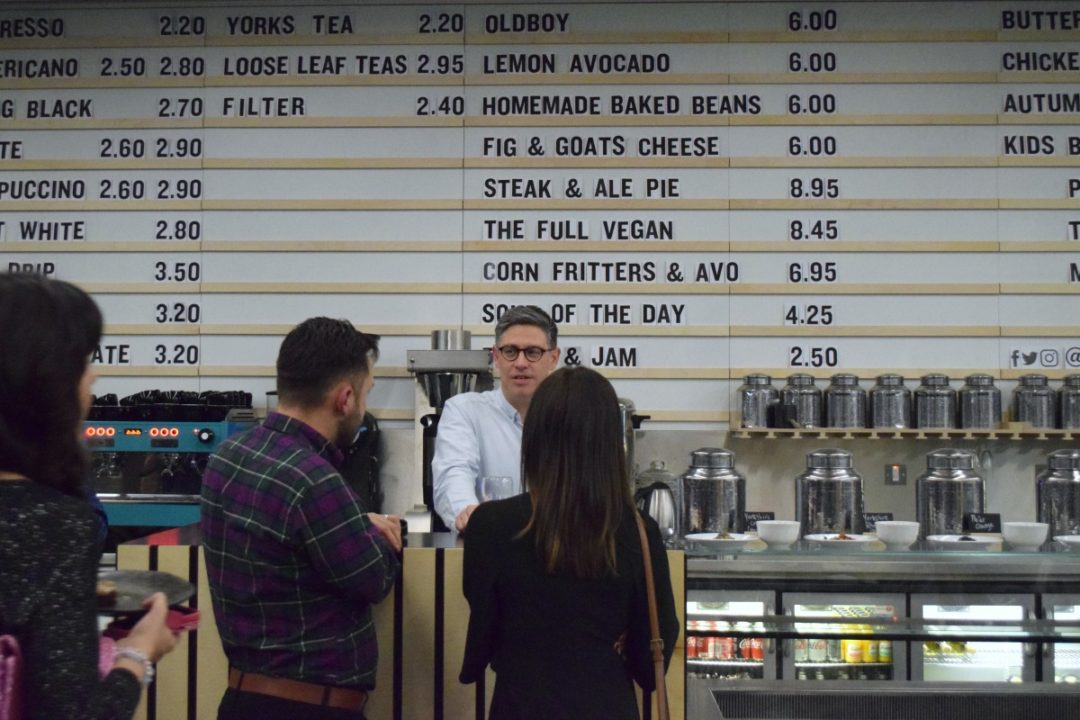 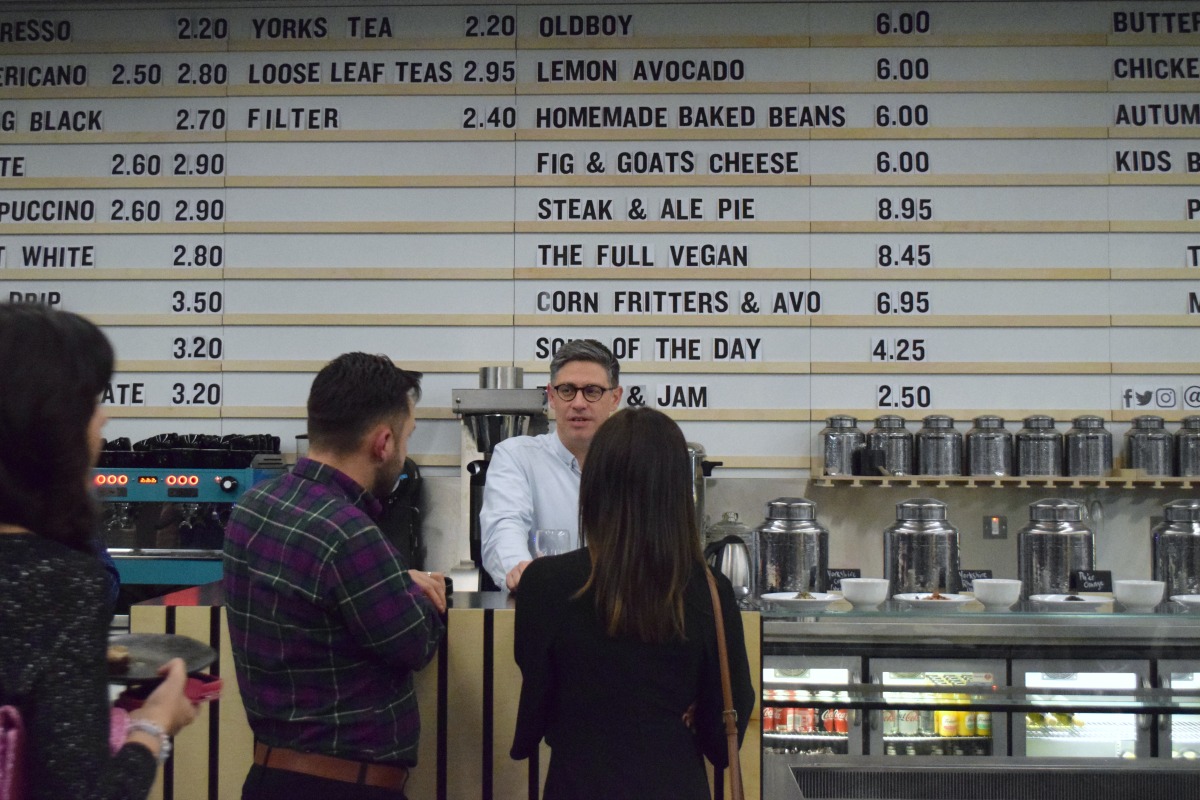 The Hepworth has been a destination for art lovers in Yorkshire since it opened in 2011, and now the cafe has had a makeover it’s hoping to put itself on the map for food as well as for sculpture.

The Hepworth Cafe in Wakefield was taken over last month by local Masterchef finalist Chris Hale, teamed with Leeds-based coffee and tea experts House of Koko. The interior has had a makeover too, the space has been redesigned to make the most of the natural light, and it’s been filled with gorgeous – and very instagrammable – indoor plants from botanical designers Geo-Fleur.

I was invited to the gallery and cafe last night to have a look around and try some of the food from the new menu. We started off in one of the galleries with drinks and canapés, which were miniature versions of some of the cafe dishes.

It was great to be in that space amongst the artworks, from both Wakefield born Barbara Hepworth and Castleford’s Henry Moore. I love their work and need to return some time to have another good look around.

I know that when I do I’ll be visiting the cafe, as I loved the food we tried and the whole vibe of the cafe and what they want to achieve. I always think museum cafes are a safe bet for really good, fresh food and Chris Hale and his team are hoping to bring that standard and more to The Hepworth. 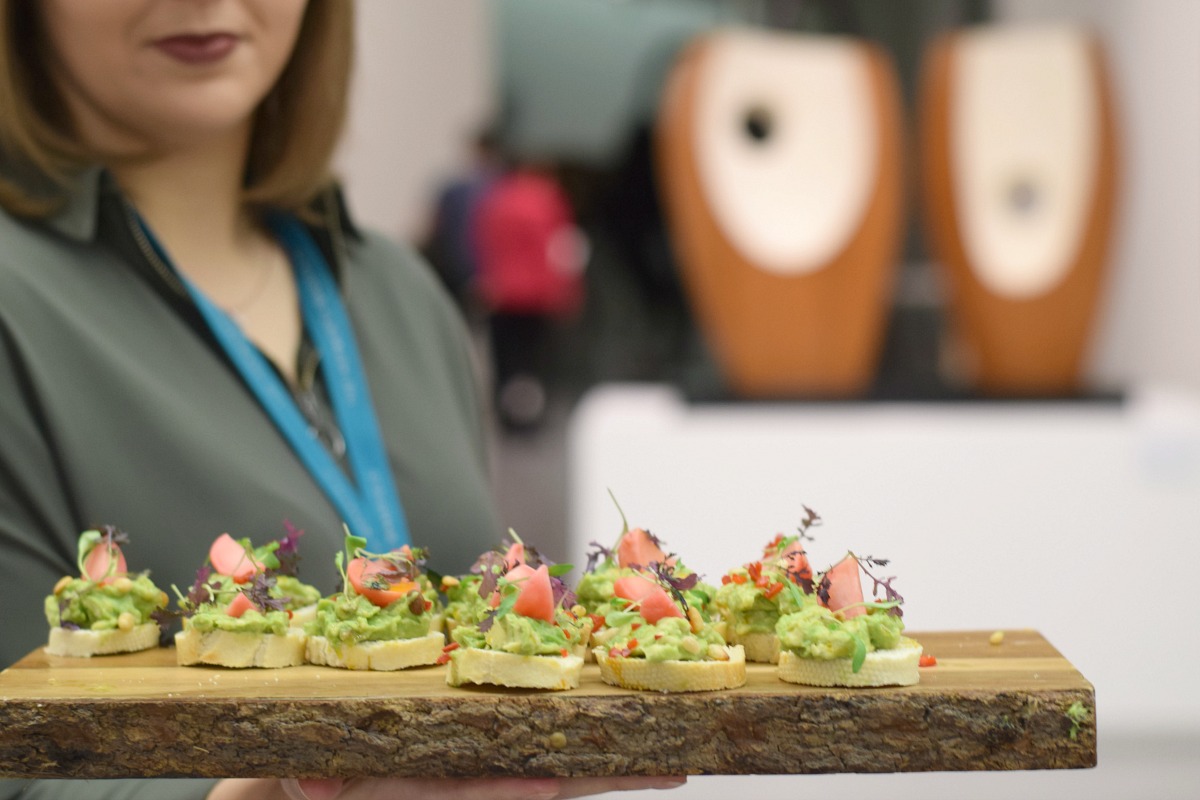 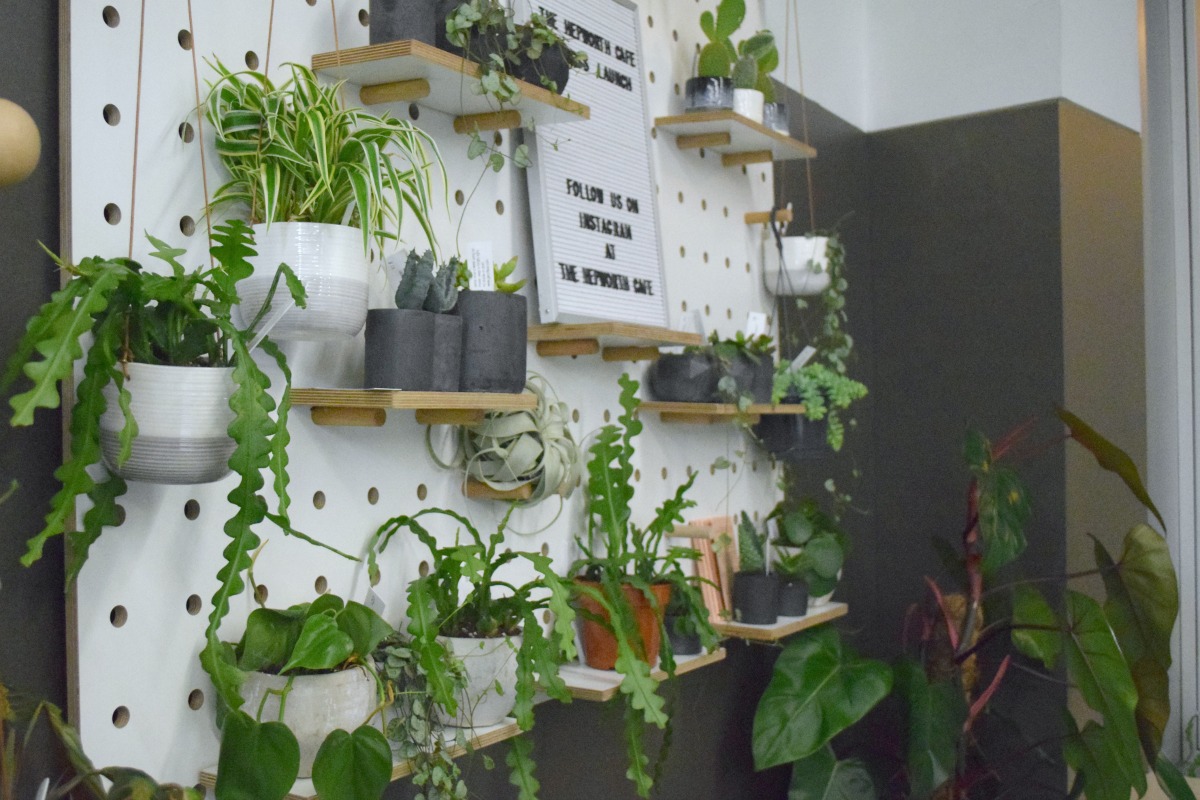 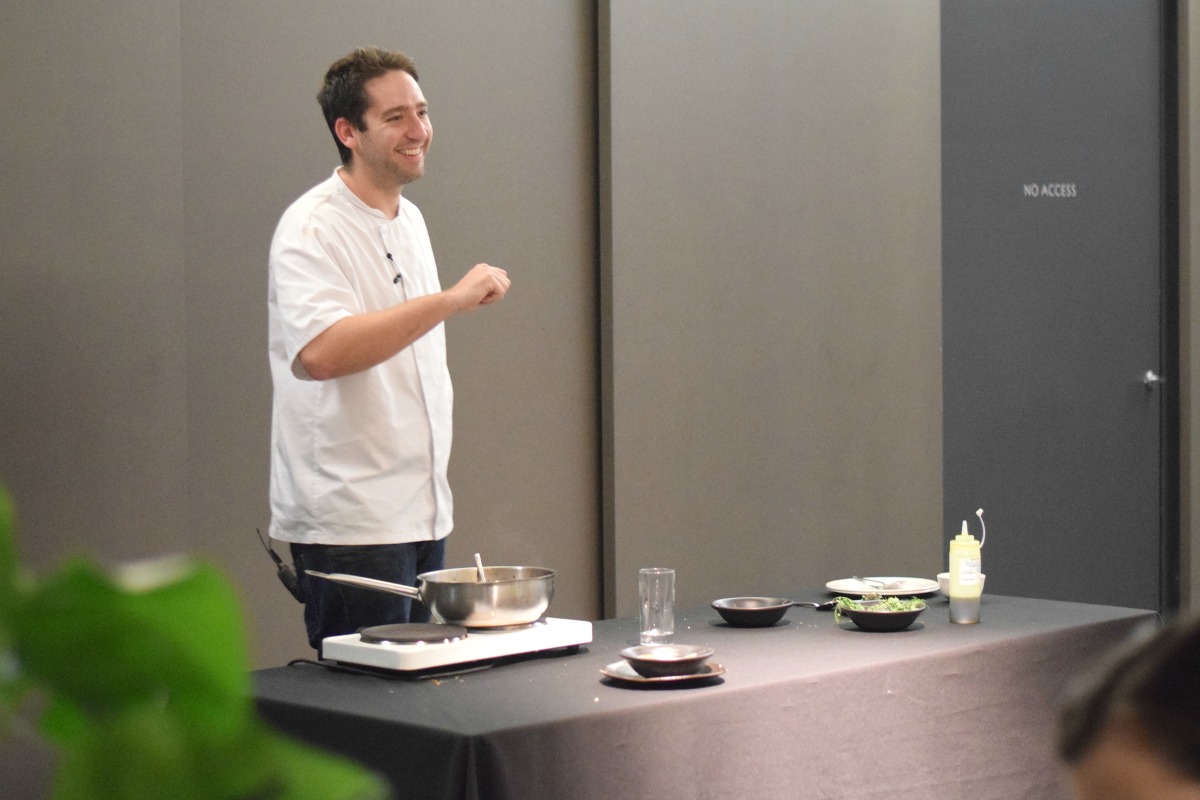 We then had the chance to watch Chris cook up a mushroom ragu on sourdough, it was delicious and so fresh, just the kind of thing I’d order if I saw it on the menu. Even cooking it on a small hob at the front of a conference room he managed to make it taste really good!

It’s worth saying that most of the food at The Hepworth Cafe is veggie, with plenty of vegan offerings too. This makes such a change and as someone who has been both vegetarian and vegan really appeals to me.

The cakes also appeal to me and if you are a regular reader of my blog you’ll know I like things like orange cake, pumpkin cake, and lots of dark chocolate! After watching Chris cook we moved into the cafe for coffee, tea tasting (hello Yorkshire Coast Blend tea) and cakes. 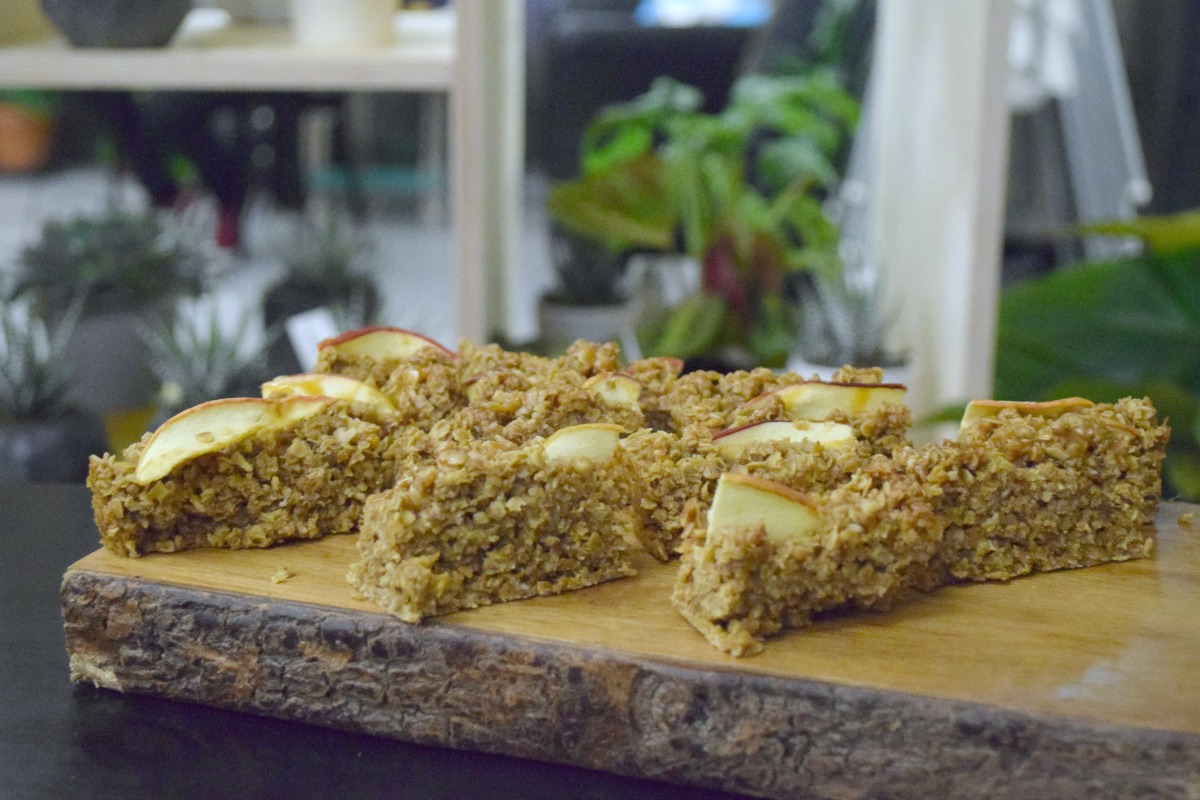 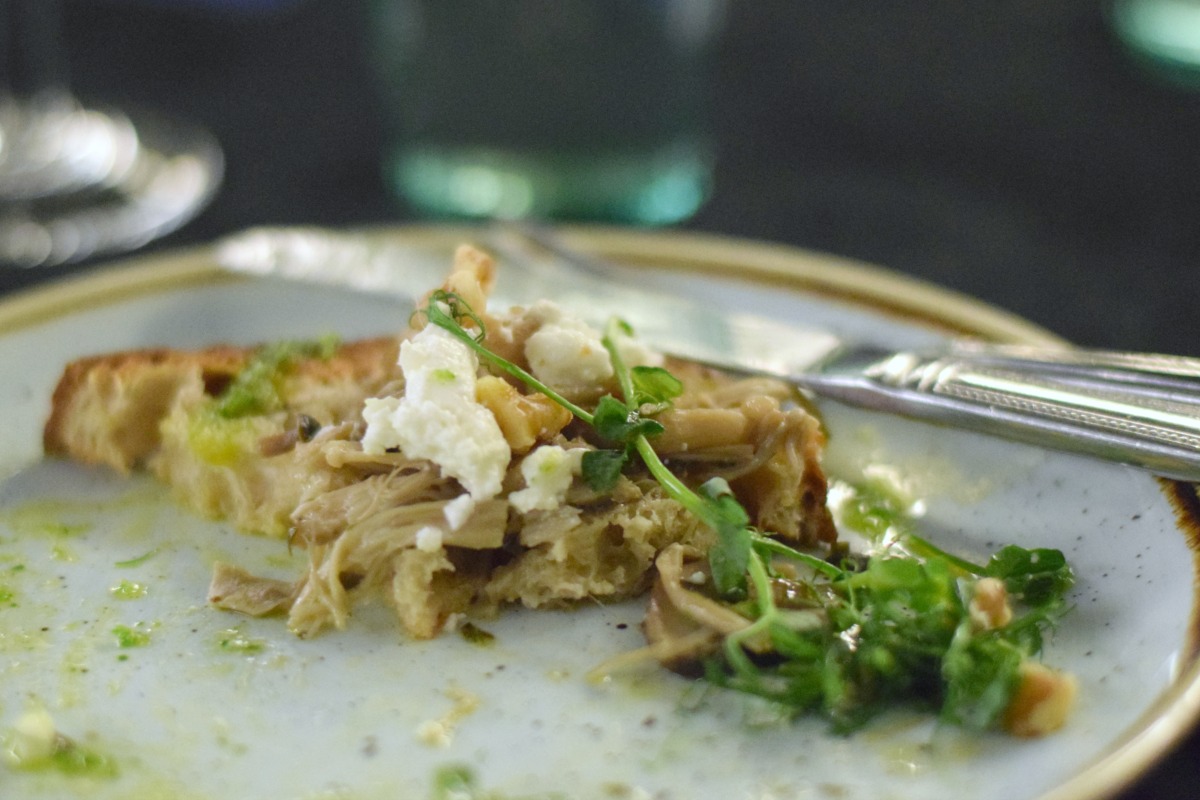 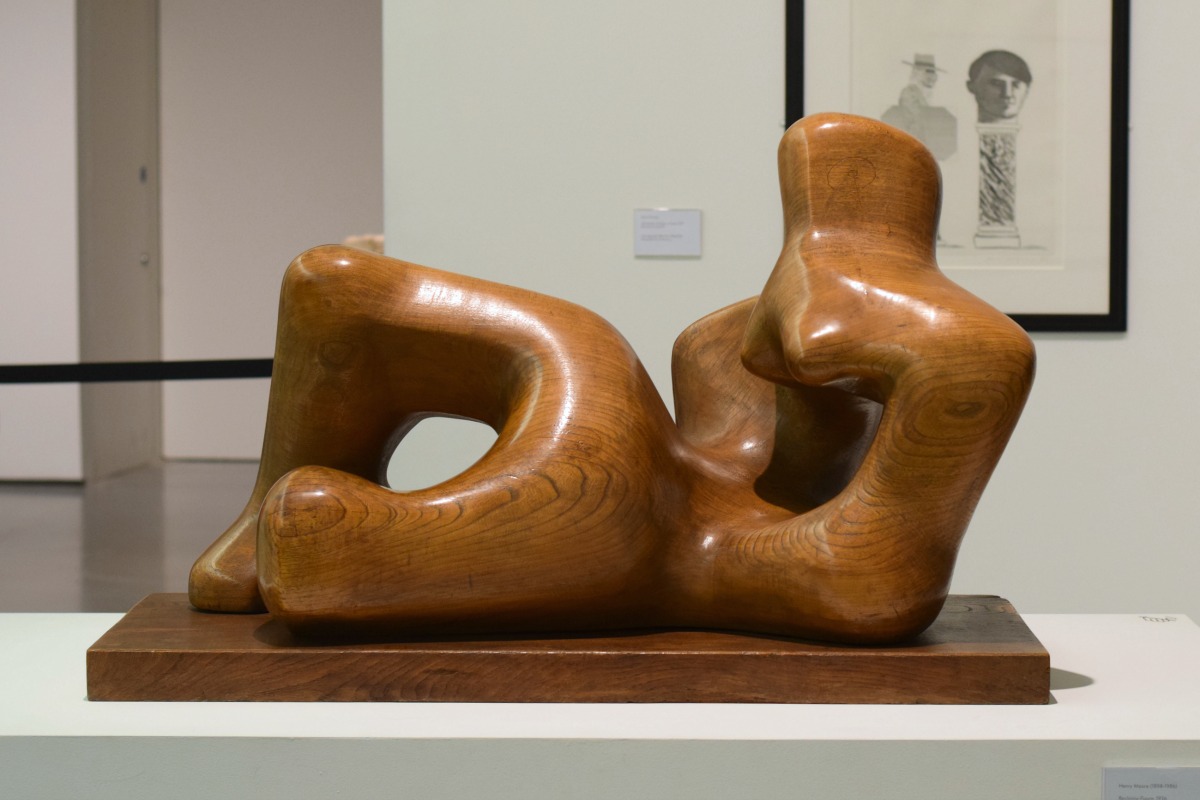 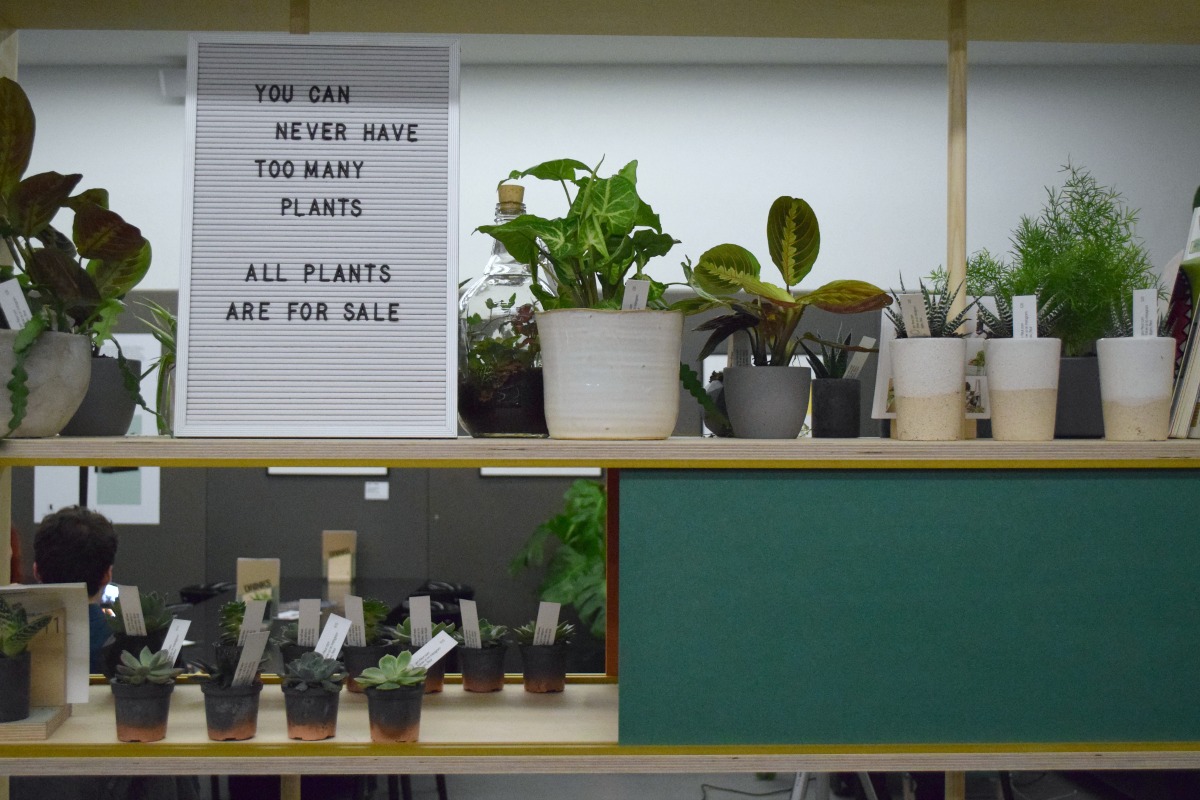 I tried the salted caramel and apple flapjack which I declared the best flapjack I’ve ever tasted, despite it being more spicy and less caramelish (good new word) in my opinion. The whole orange spiced cake was amazing too, perfect with the coffee and such a lovely flavour.

While it was lovely going out in the evening to The Hepworth, in reality if I went back I would have my children with me so wondered – would it stand the taste test for my little ones?

Well I think it would – the cakes would clearly be a hit with Sam and Flo, as would the buttermilk pancakes with nutella.

They also serve a bento box for kids, which with a sandwich and veggies sticks would go down well with most young diners.

I can’t wait to go back and eat in the cafe and look round the whole gallery. I’ll definitely be instagramming more plants too when I do! 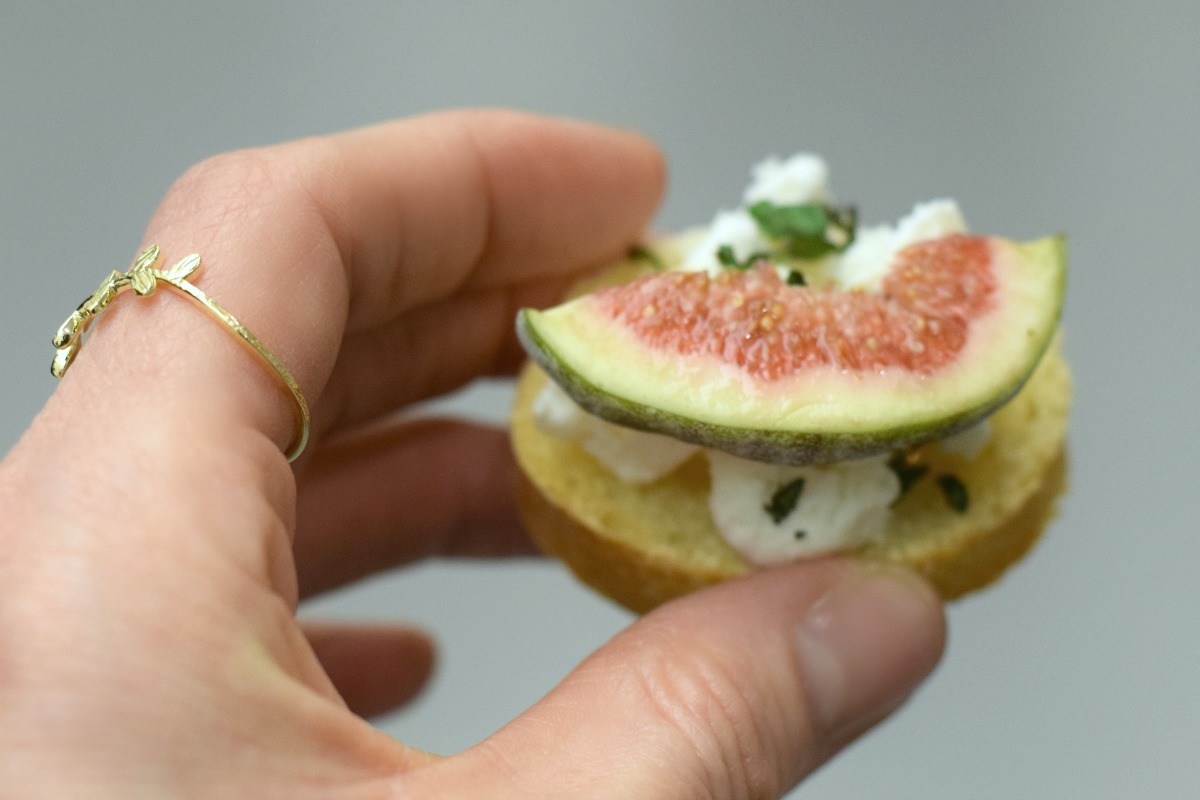 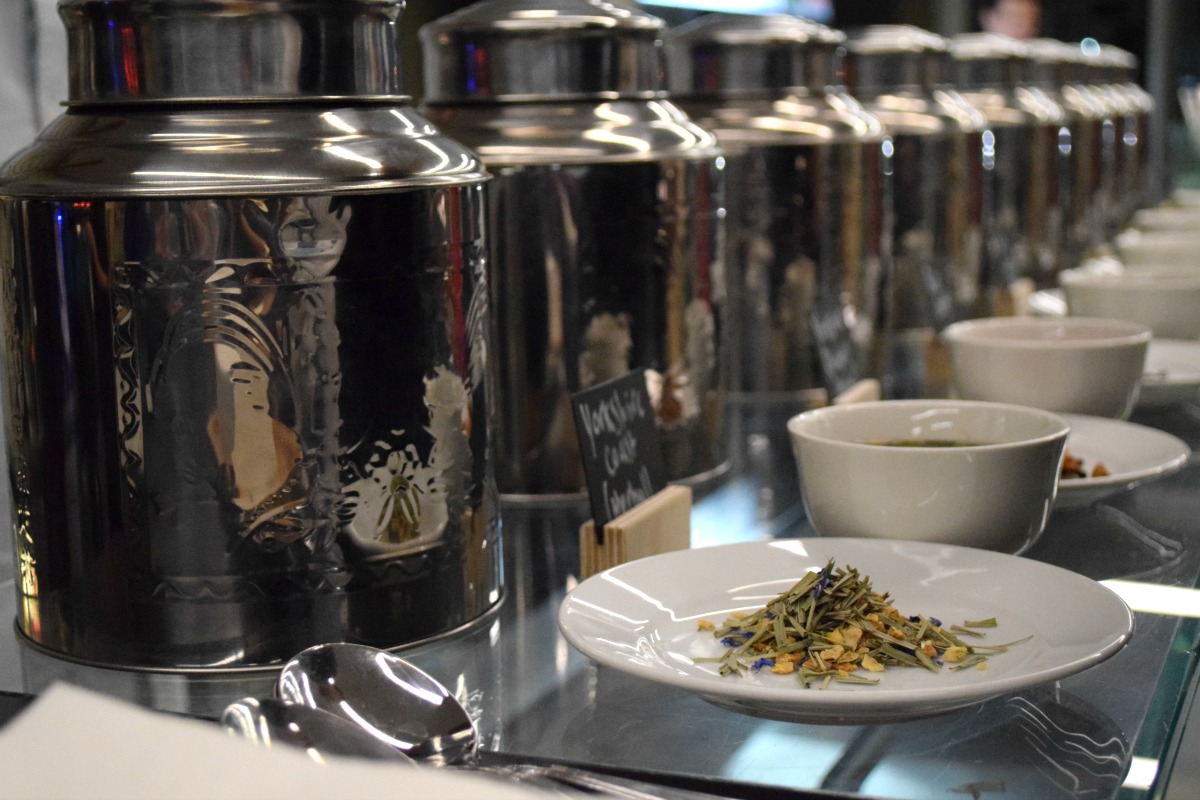 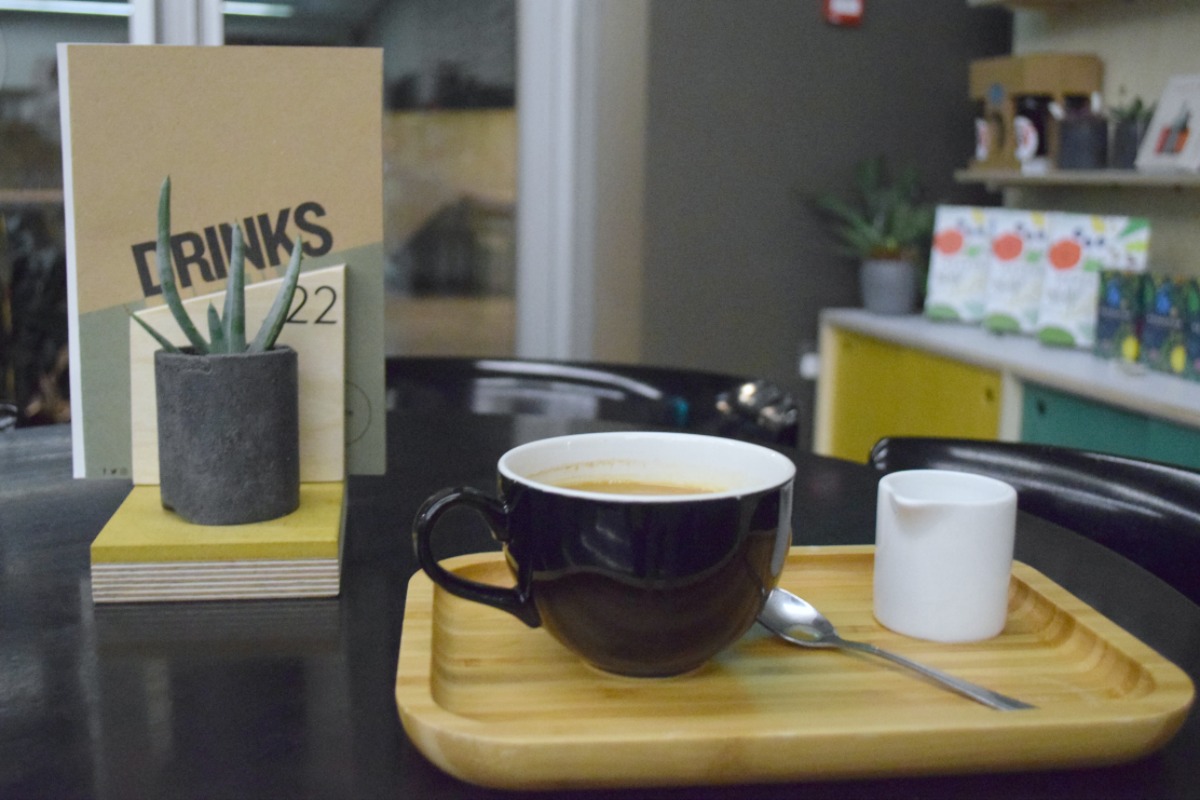 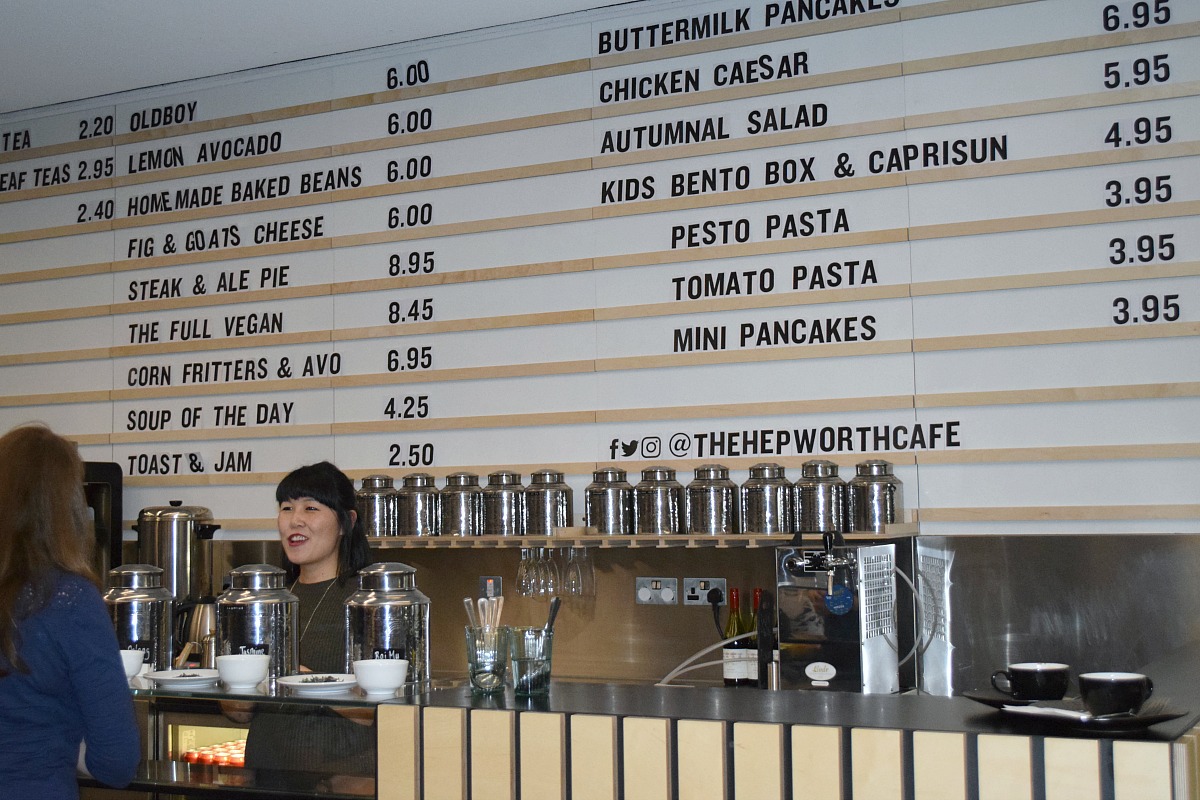 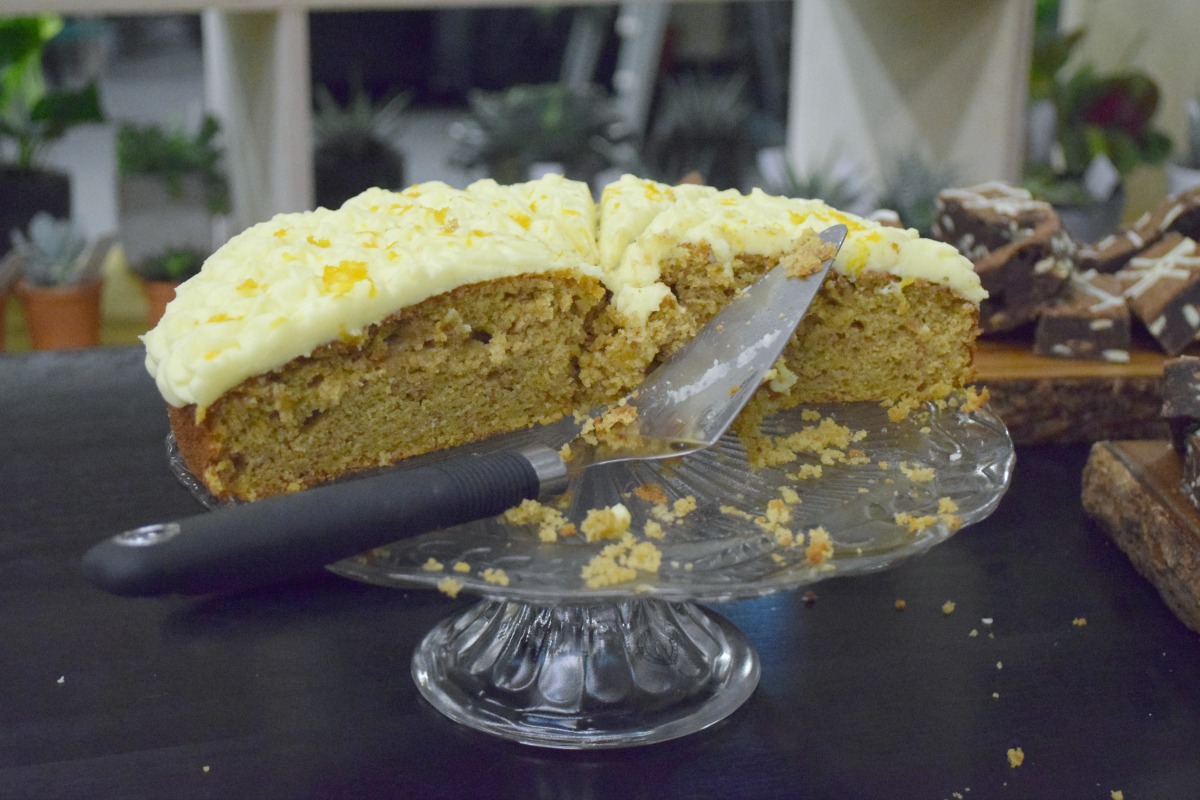 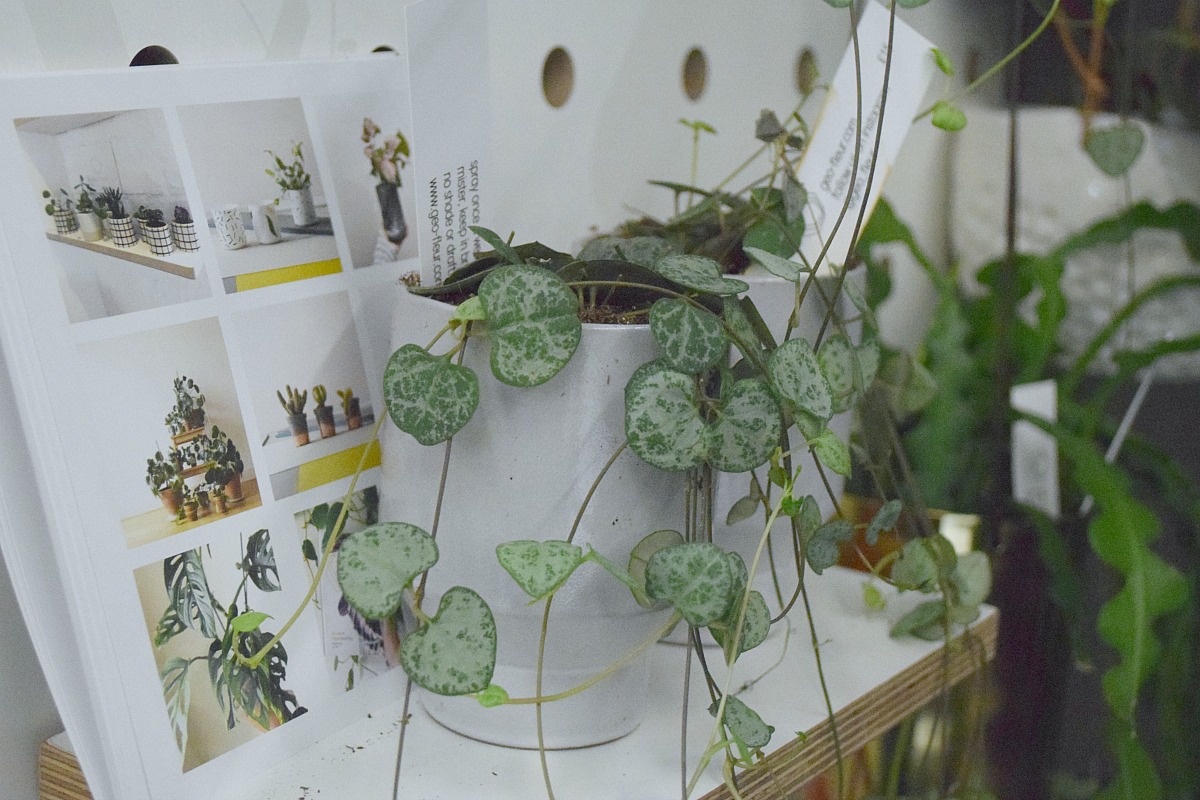 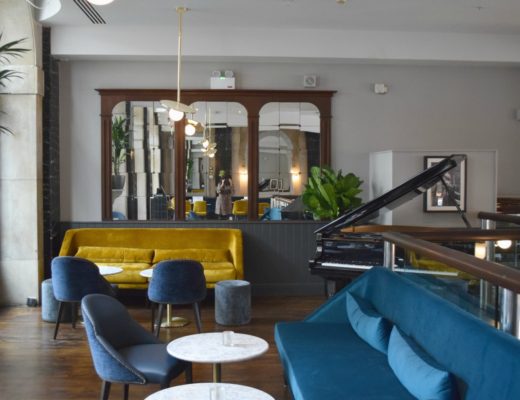 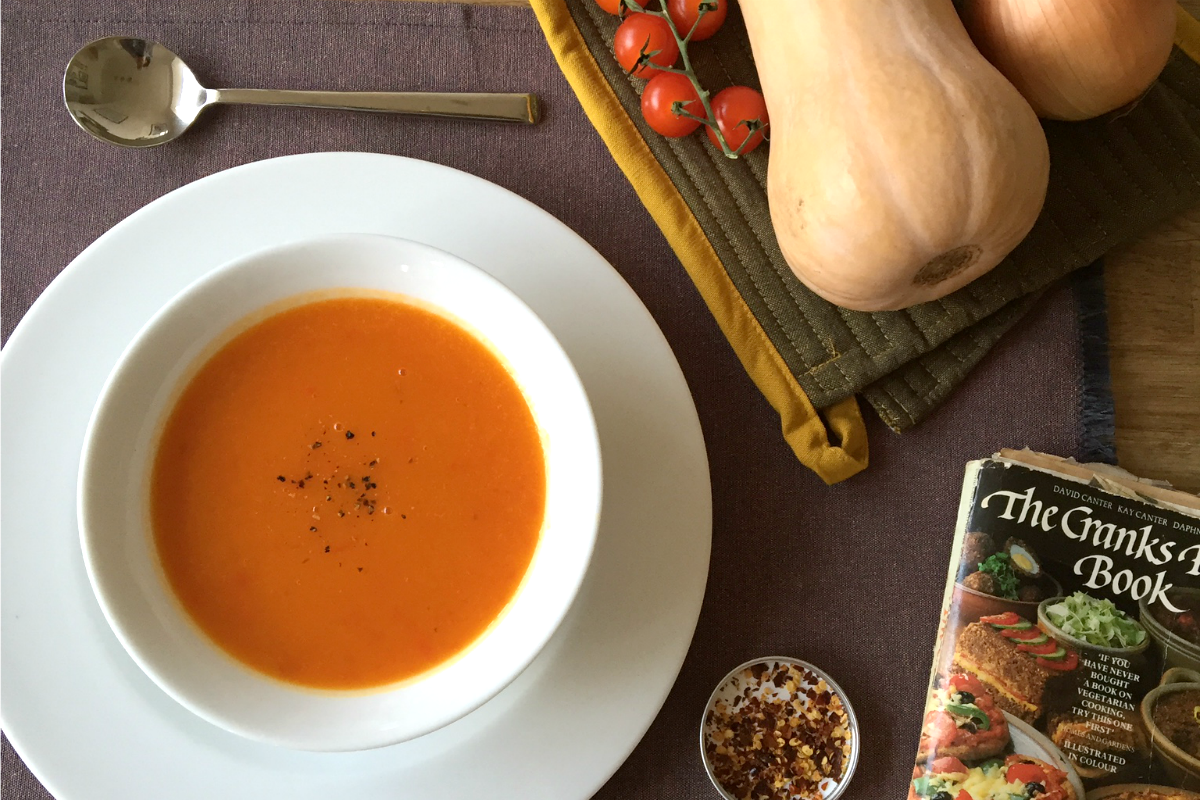 Soup for the soul – two veggie recipes for autumn 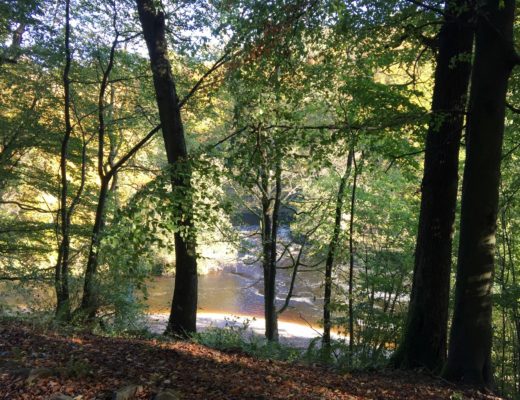 Pumpkins are for carving, I know, but what if like me you just never got round to it? We bought...