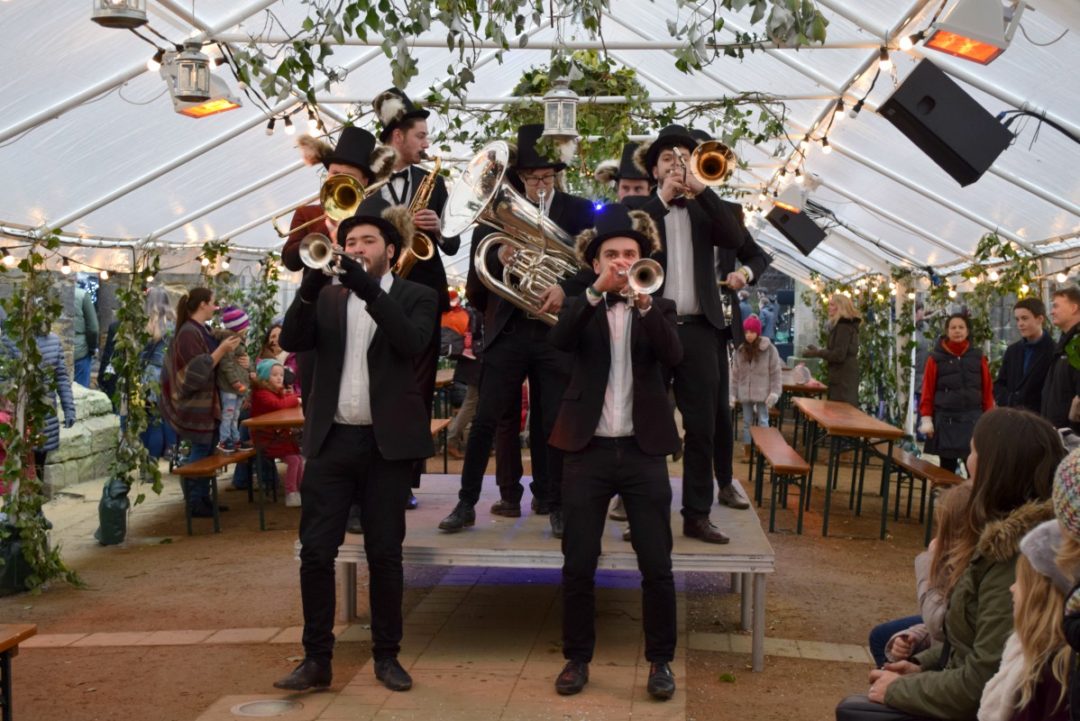 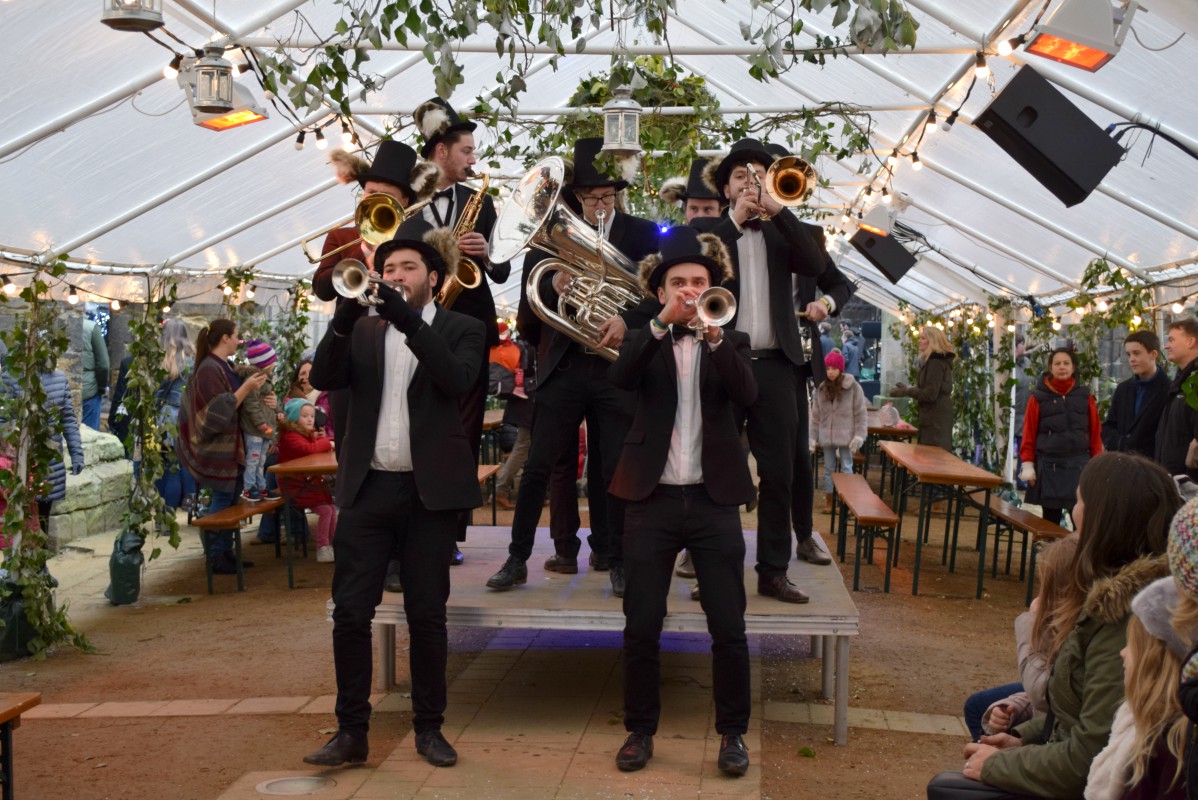 The last few days before Christmas and I think I’m finally starting to feel festive; my house is back to normal after the renovations, the tree is up and decorated, I’ve finished my Christmas shopping and put my ‘out of the office’ on at work.

Yesterday I spent the day with one of my closest friends Joanne and her family who are visiting family in Yorkshire, and we went out to the Hidden Christmas Market at Kirkstall Abbey.

I don’t remember going to Kirkstall Abbey before but I’m sure I must have been as a child. Still, I’m pretty sure it was never as exciting as this! The inside of the ruins had been transformed into a winter wonderland with fairy lights, foliage and even falling fake snow. 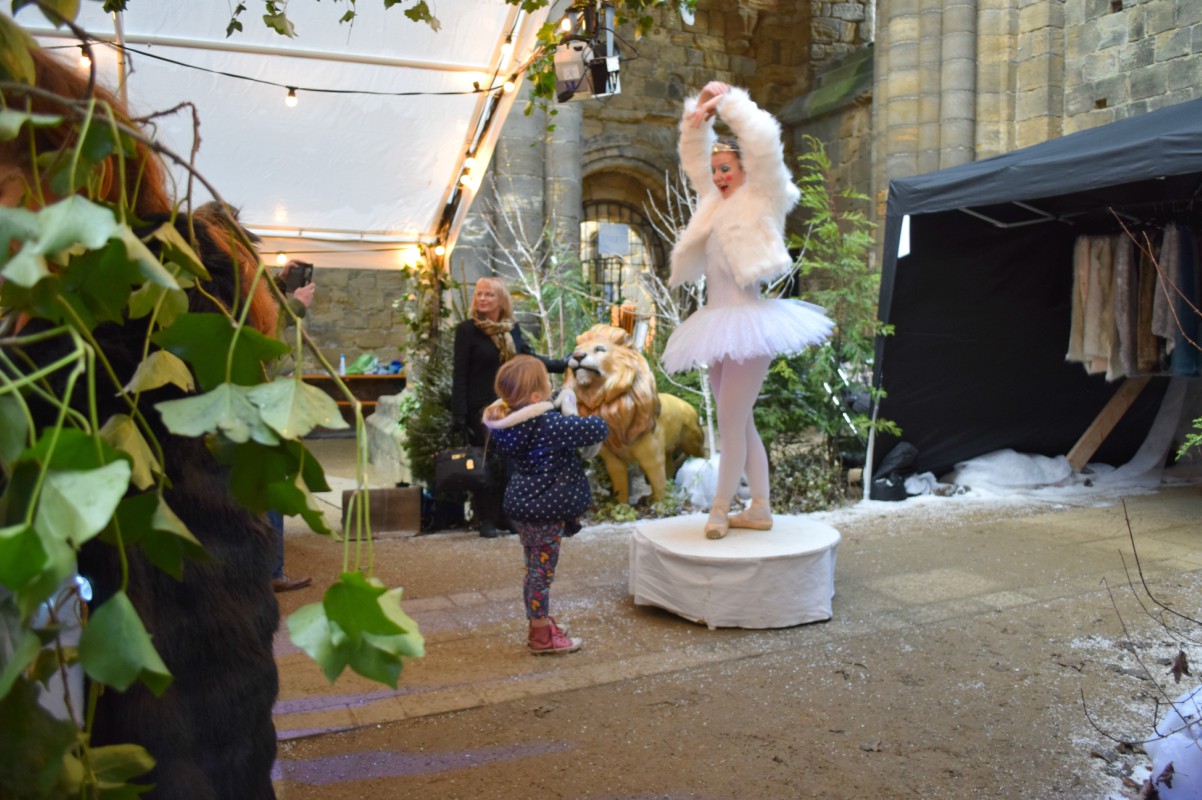 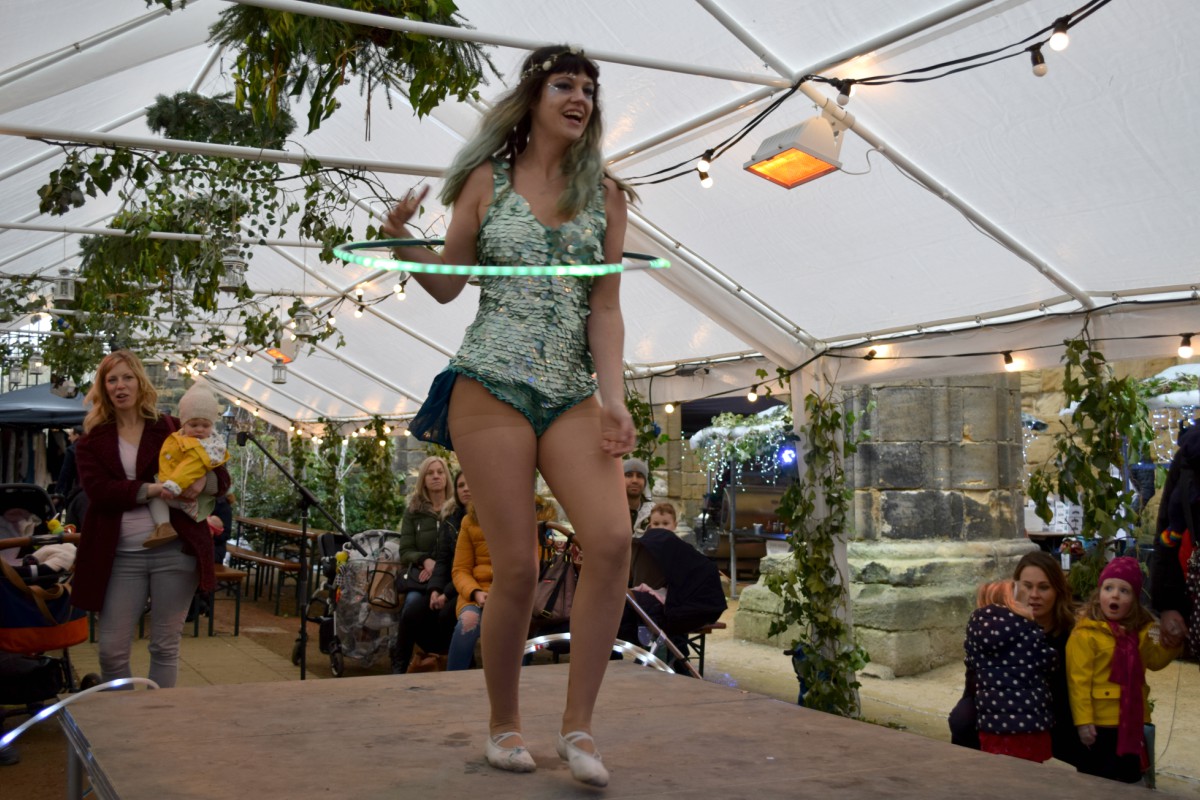 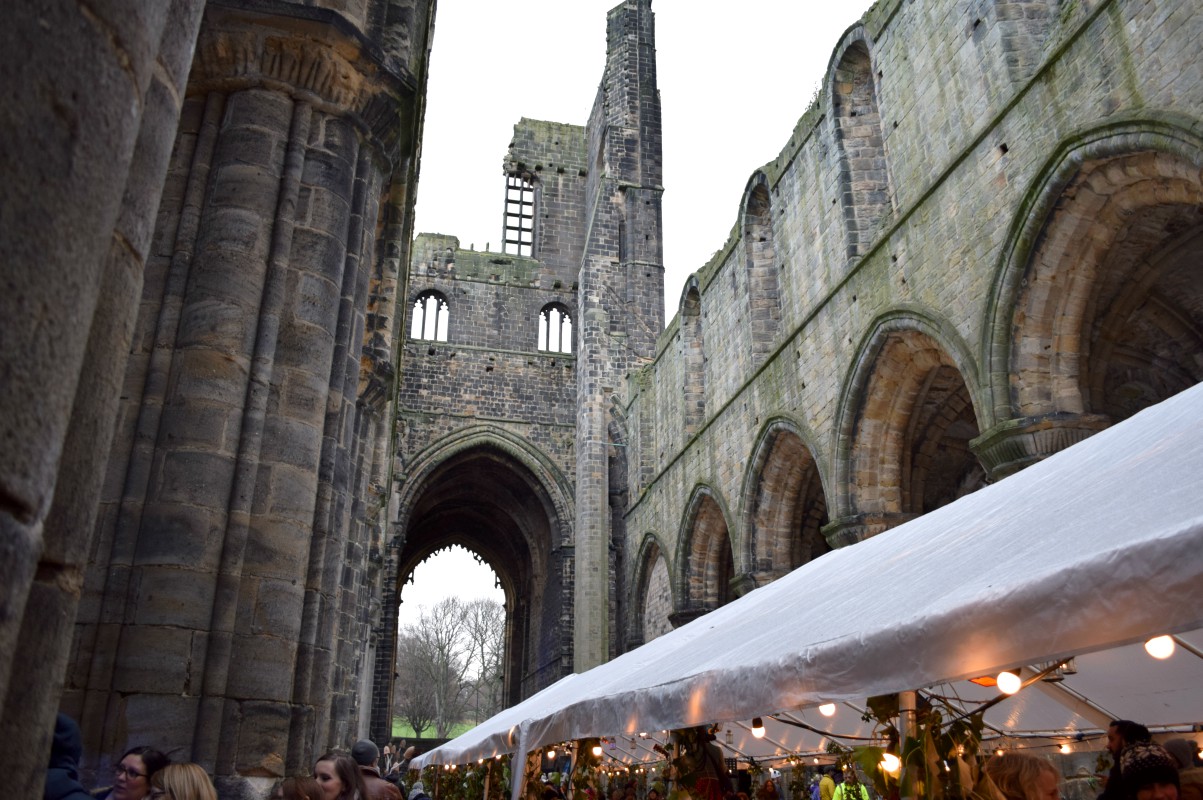 The space inside was covered with a long white gazebo, and inside there were two central stages where performers entertained us. This wasn’t your average Christmas market selling overpriced tatt; this was more about escaping that side of Christmas and soaking up the spectacle. As we went in there was a brass band playing The Jackson’s Shake Your Body Down (To The Ground) and a ringmaster stood to the side, ready to introduce the acts of the day. There was a ballerina and dancing snow queen, a raving fawn, and a lady dressed in a kind of mermaid-style leotard performing with light-up hoola hoops.

We settled down with a mulled wine and watched the band – which I later discovered were the fab Hyde Park Brass – before having a walk round the stalls. Our boys had fun picking up handfuls of fake snow and blowing it at their mums, while the girls gravitated to the glitter face paint ladies and quickly got themselves sparkled up. Flo is never happier than when having her face painted, and anything with sparkles and a jewel too gets the total thumbs up. 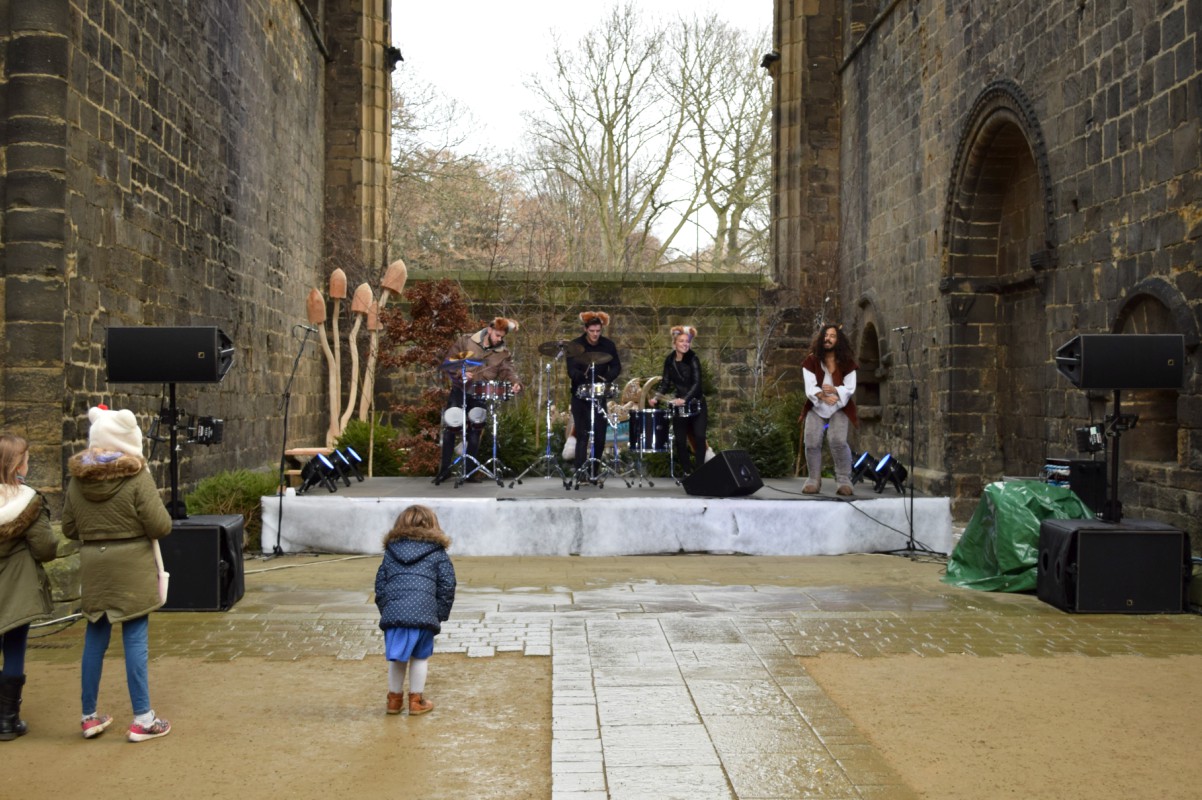 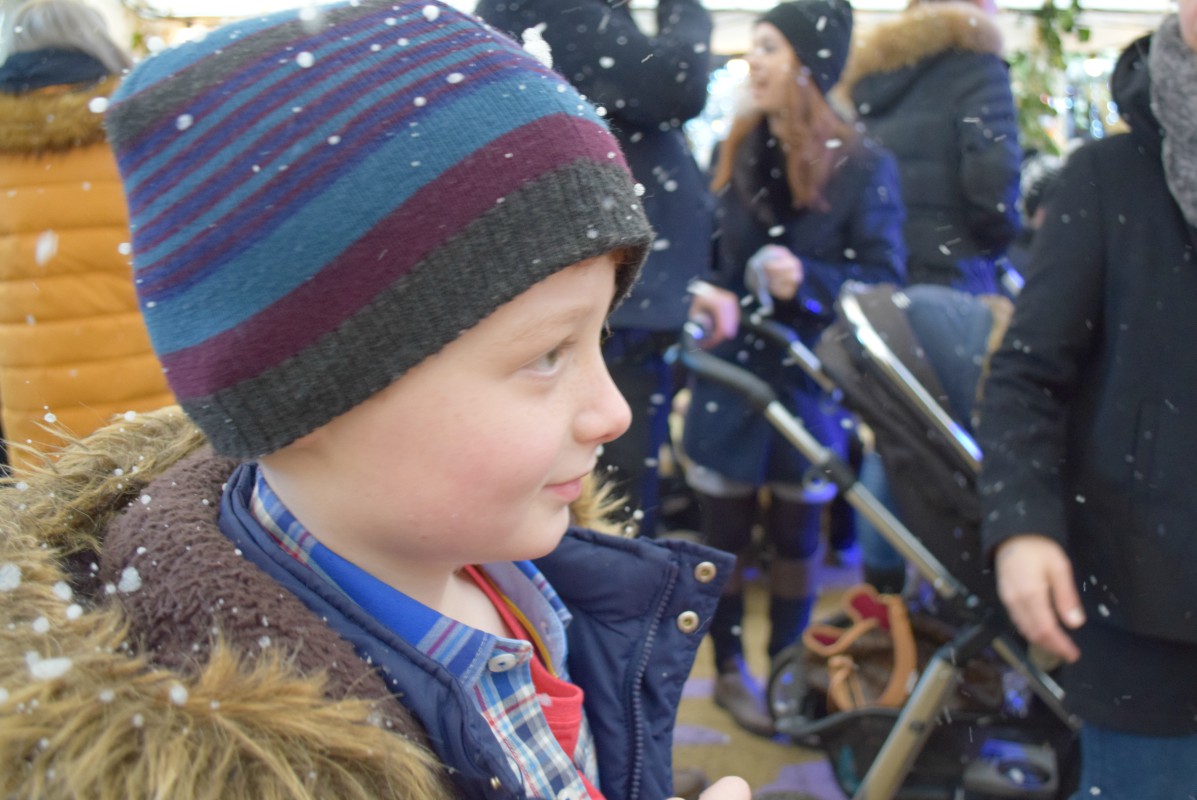 At the end of the Abbey was the Pimp My Angel stand, where you could use pedal power to help craft your own wooden angel or snowman. Sam and his friend Joseph took turns to pedal the bike which turned the machine; I have no idea what the machine is called but it shaved the wood as the man on the stall held it to its wheel. Anyway, it was lots of fun and they decorated them afterwards with sparkly pipe cleaners and google eyes.

We danced, we mooched, we ate, and we generally just soaked up the atmosphere . I really loved the fact that there weren’t that many stalls so we avoided pester power from the kids. Instead, they loved dancing to the music and watching the performers do their thing. We did leave with a couple of bath bombs and some secret presents the boys bought for myself and Joanne, and we left with happy hearts and a sense of fun.

The event was organised by Sneaky Experience, who also put on some Christmas events for children at Leeds Town Hall this year. Although one of the organisers is my friend Kirsty I am being totally unbiased when I say it was a lovely, special event with a difference and I’ll definitely be watching out for what they do in future.

I didn’t go the the event to review it, I just really, really loved it!

I’m slowing down now with my blog over the holidays, but I’ll be back with my last family portrait post of the year on New Year’s Eve if not before.

Have a very Merry Christmas! 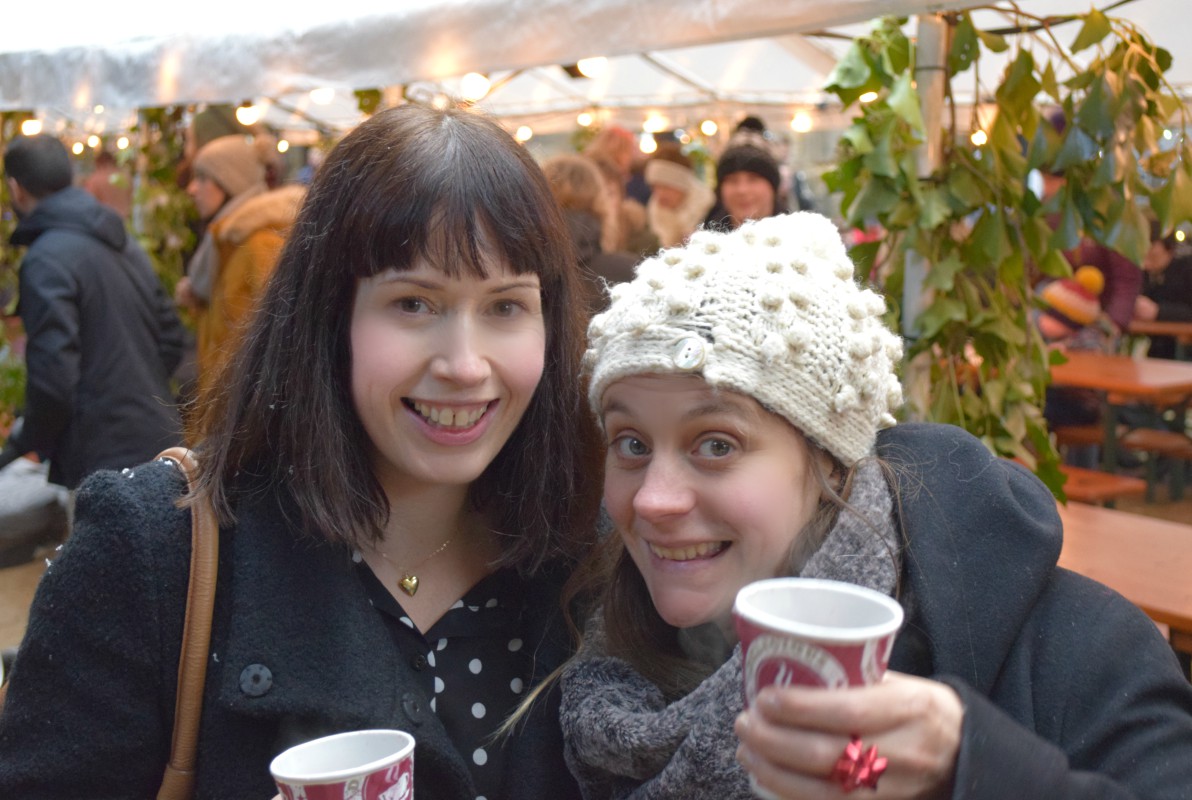 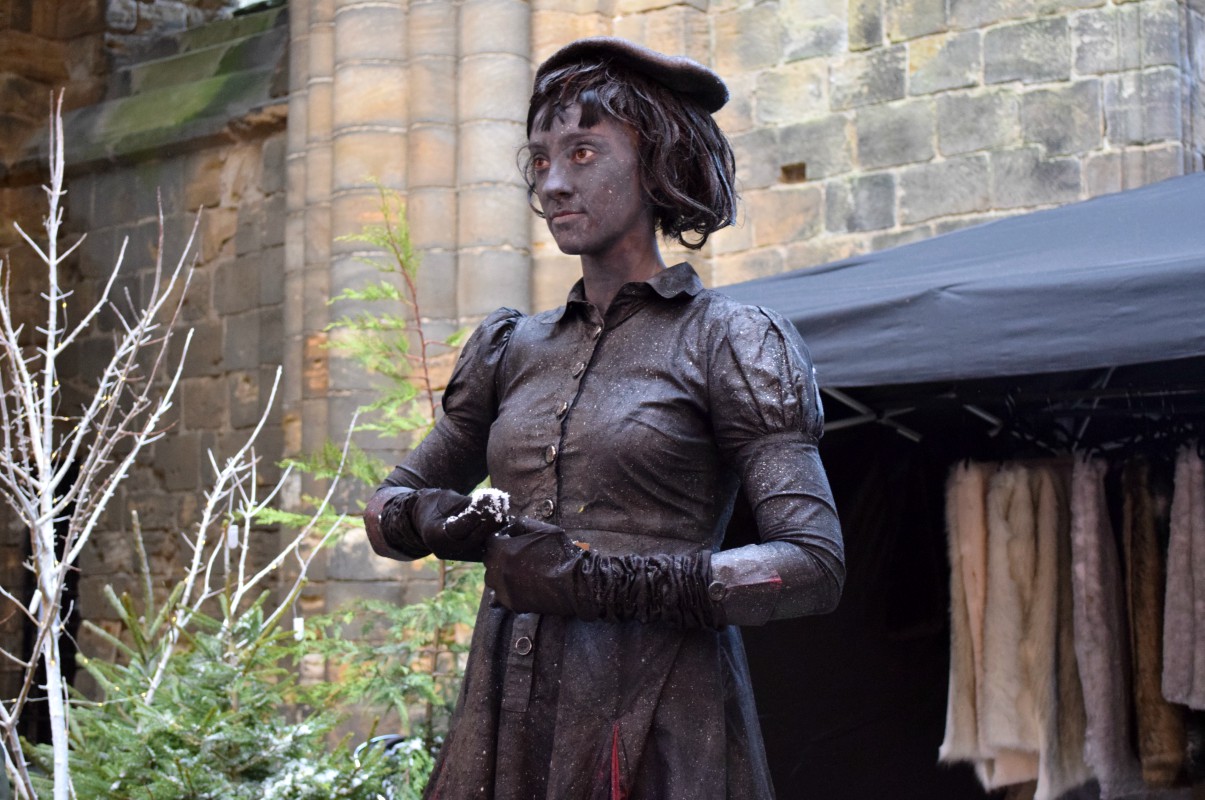 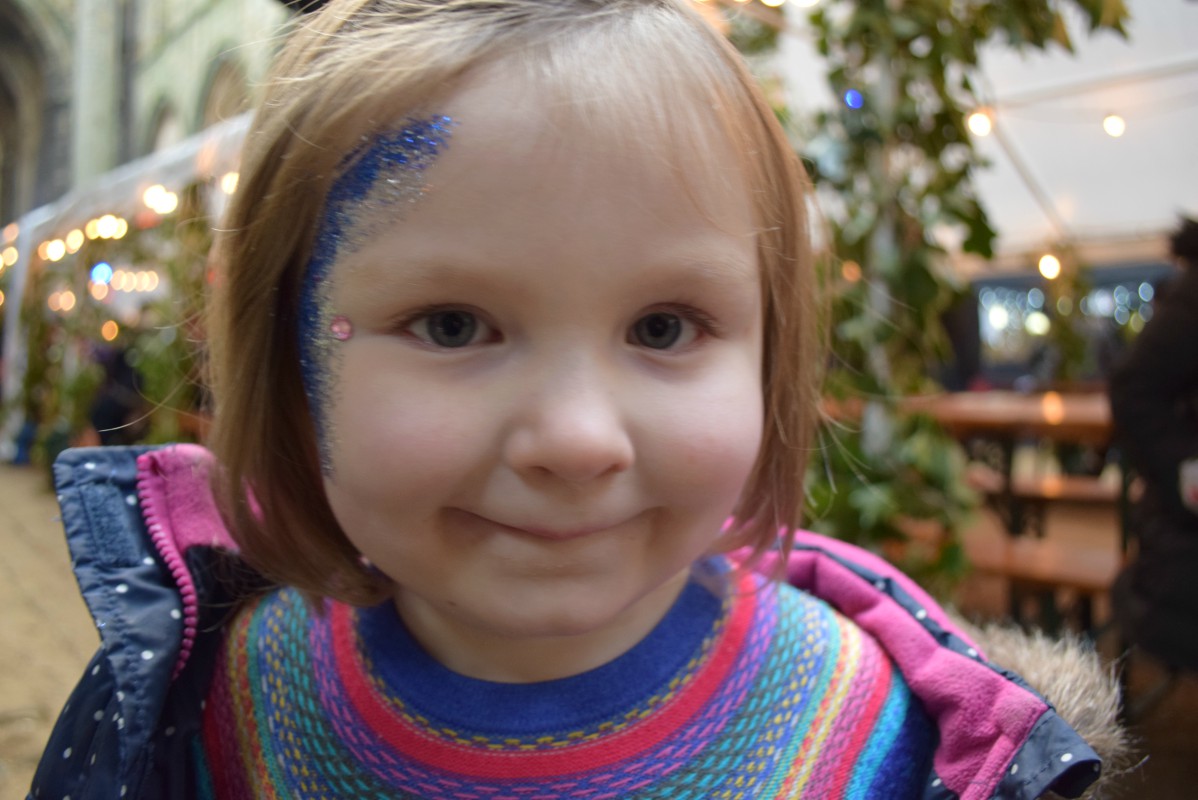 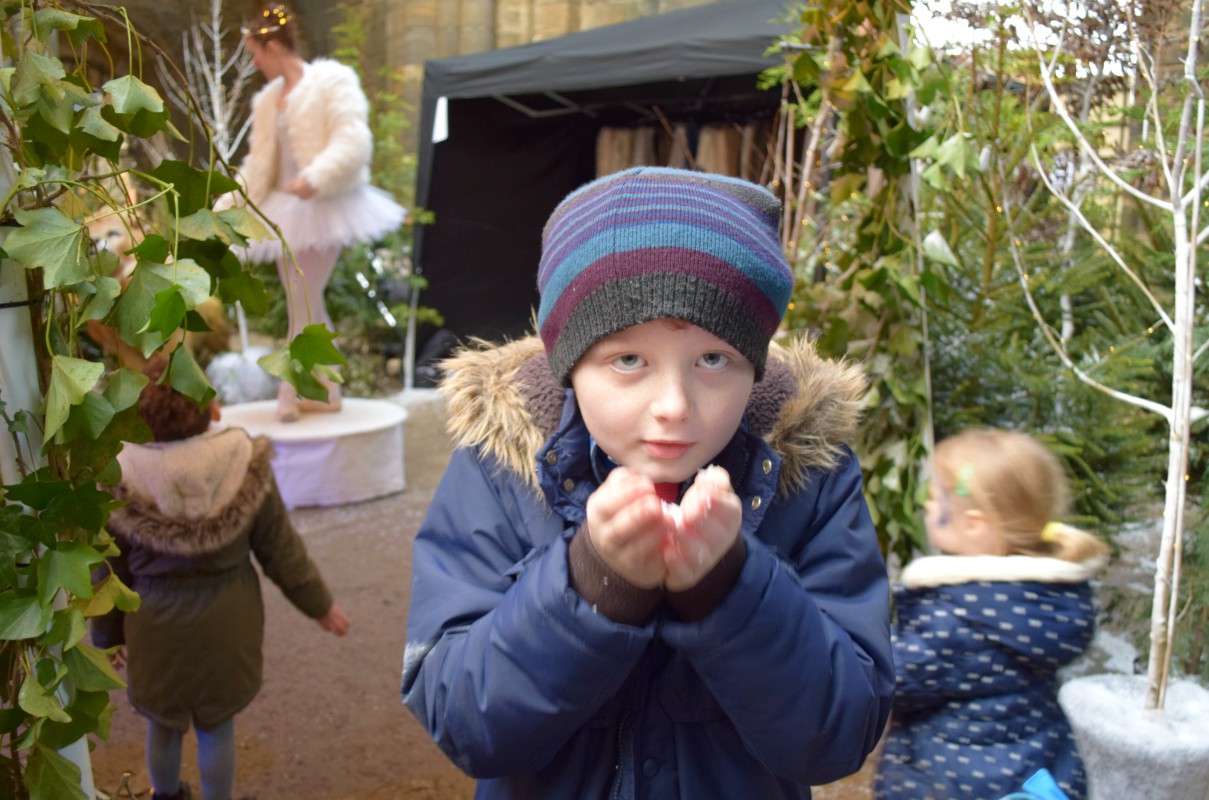 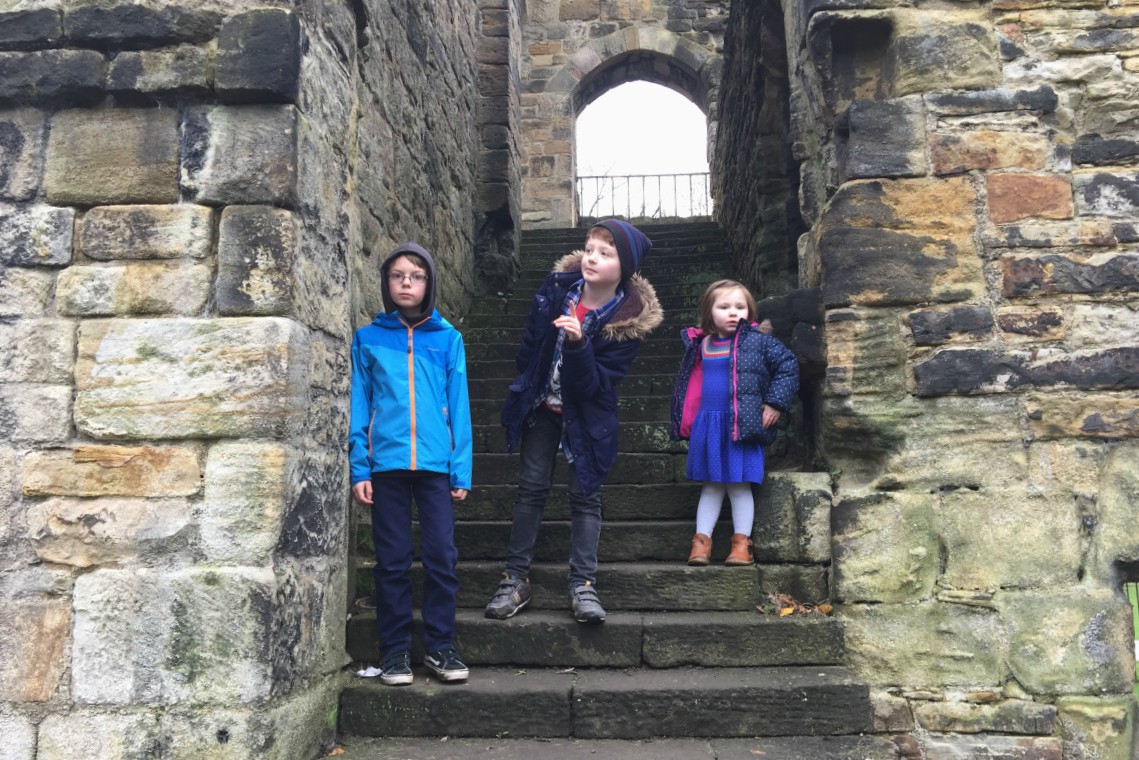 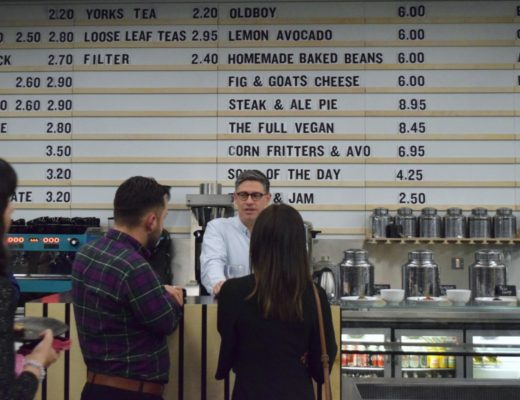 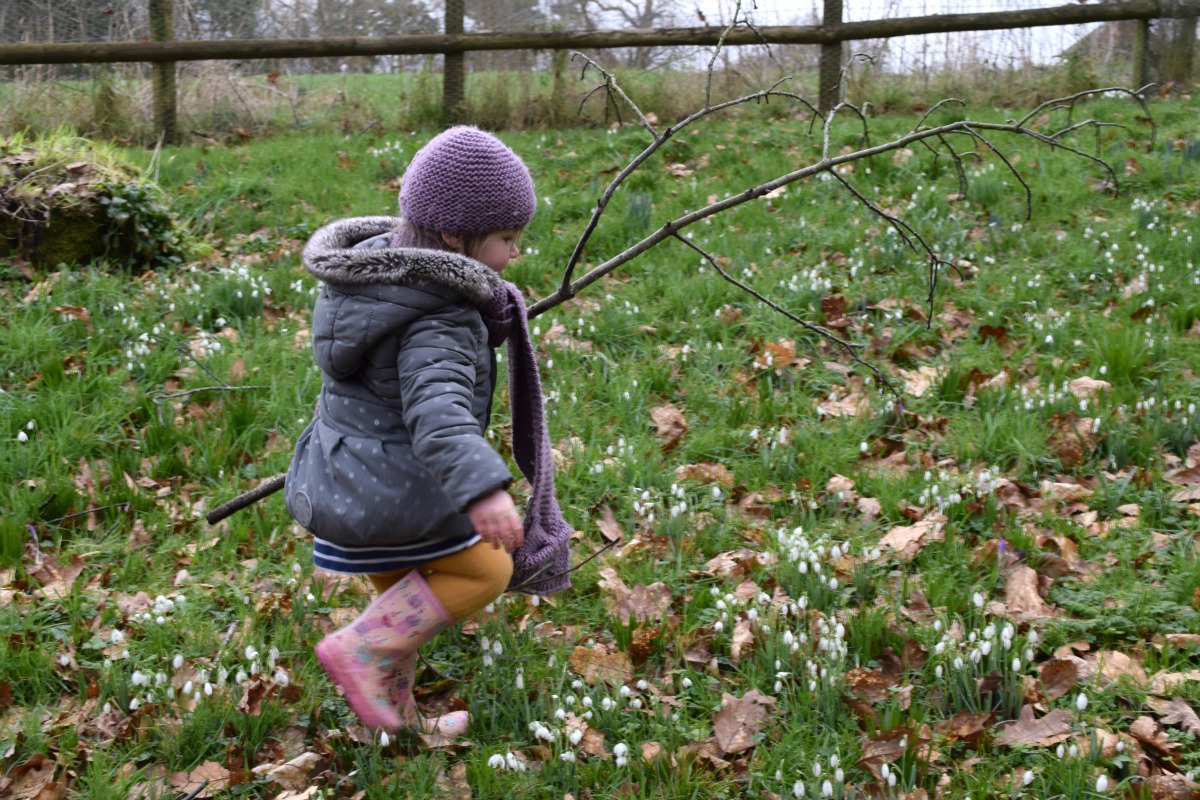 A snowdrop walk at Rode Hall 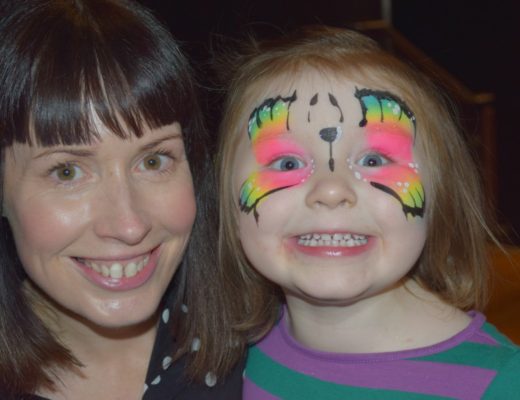 My kids love sleepovers - or should I say they love the idea of sleepovers. Both Sam and Flo have...