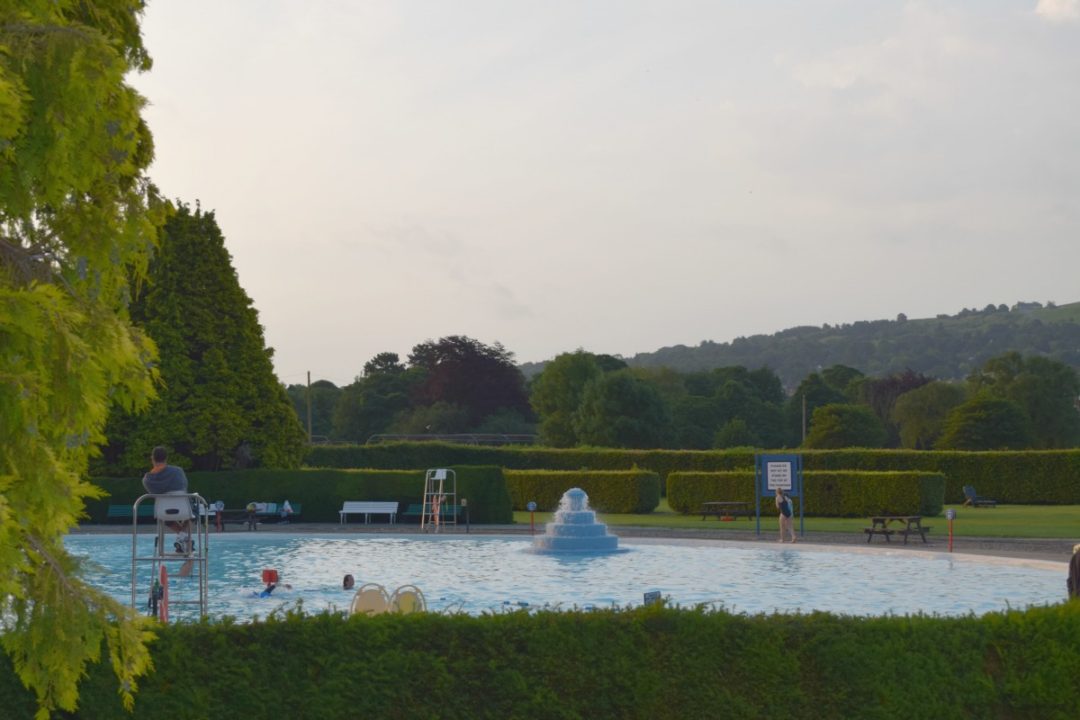 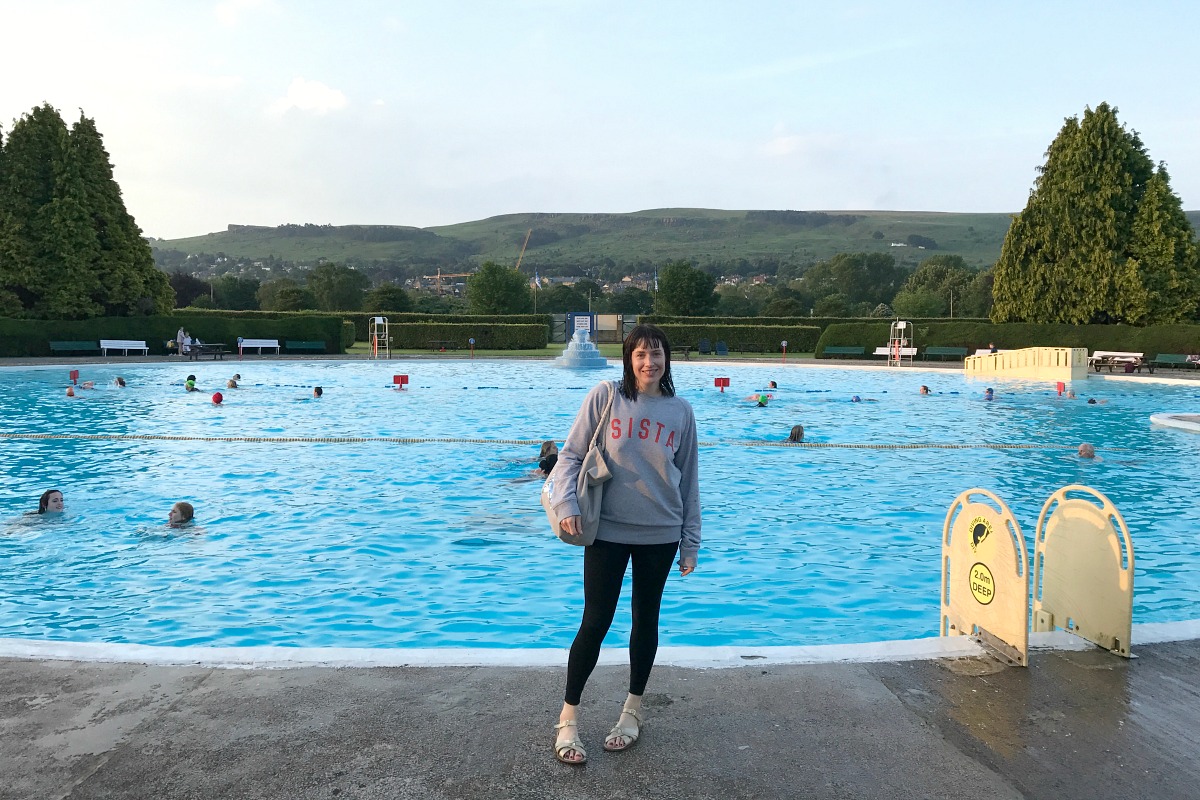 Growing up I was lucky enough to live in a town which had its own outdoor pool, something I always thought of as normal and not at all fancy. Now I’ve moved back there more than 20 years later, everyone calls it the lido rather than just the outdoor pool and people travel for miles to bathe in its waters, while looking up to the moors and our landmark Cow and Calf Rocks.

Sounds idyllic, right? The Victorian lido is pretty spectacular, and a cool thing to have on your doorstep. Cool being the word, as the only real drawback to the lido is that the water is always pretty damn cold! I remember as a child jumping in on the hottest days and feeling freezing, but you know what, it didn’t matter and was far outweighed by how fun it all was.

It had been so long since my last dip there that when I heard of the summer solstice event organised by the Friends of Ilkley Lido I knew I wanted to go. Swimming, as I’ve just found out, is an important part of midsummer pagan rituals* for its healing, cleansing and protective powers, and God knows I always need some of those! 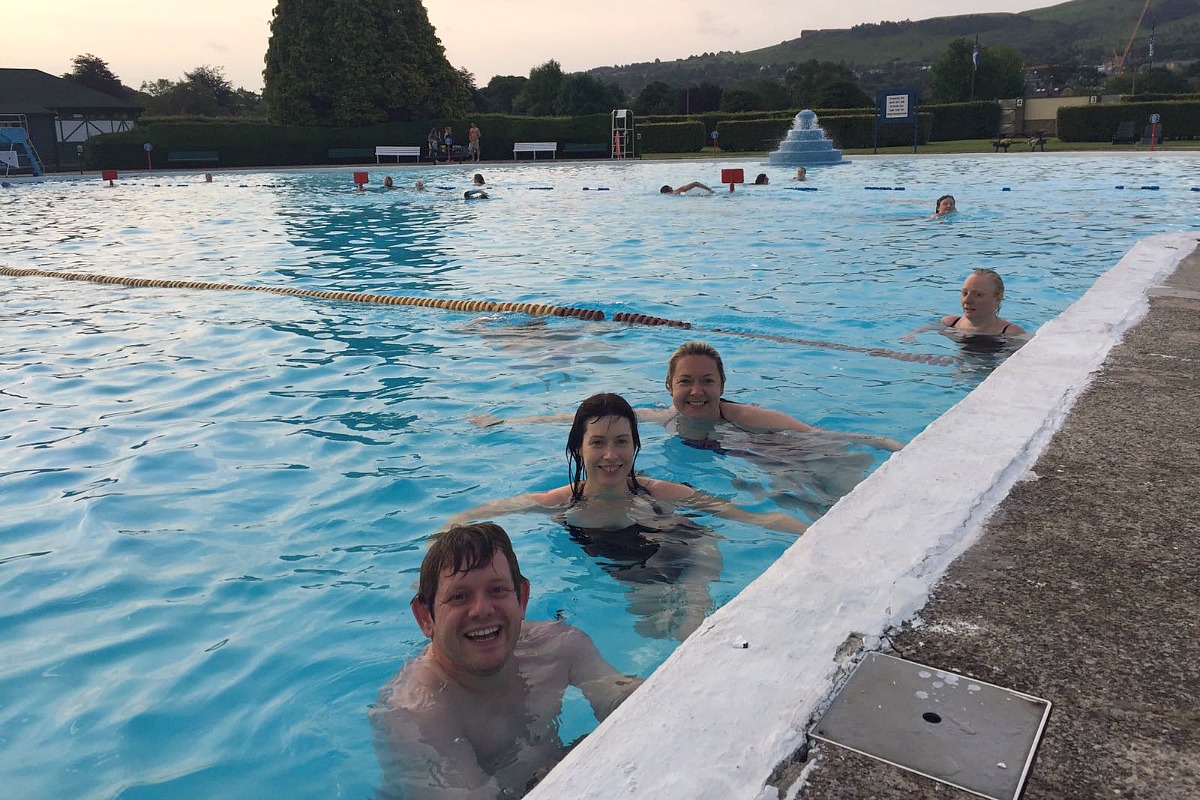 The pool was open early doors on 21 June, from an eye watering 4.45am until 6.30am. It was well-timed for me though as I’d been out the night before to see The Stone Roses in Leeds. this meant three things; first, that the children were out staying with my parents so I was free to come home late and leave the house at dawn; second, that my friend Rachel would be staying at mine and she was always up for anything; and third, that I’d find out whether jumping in a cold pool could be the ultimate hangover cure.

We set off, along with my neighbour Adam who is a seasoned lido swimmer, just before 5.30 with a mixture of trepidation and excitement. I am a pretty light sleeper and sadly once I’m awake in the morning really struggle to get back to sleep. That day I had been awake since 4am despite only going to sleep after midnight, I think excited to get out there in the Yorkshire air.

When we arrived, the car park was packed and we knew it would be busy. On the front desk, they told us they’d had just under 200 people turn up for the early morning dip – a record on all previous years.

I was reassured to see a friend in the water (hi Lorna you brave lady!) who told us it wasn’t that cold, and so Rachel, Adam and I did the only decent thing to do. We changed into our swimming gear and jumped in together on the count of three; the only way to go about it to avoid any second thoughts. 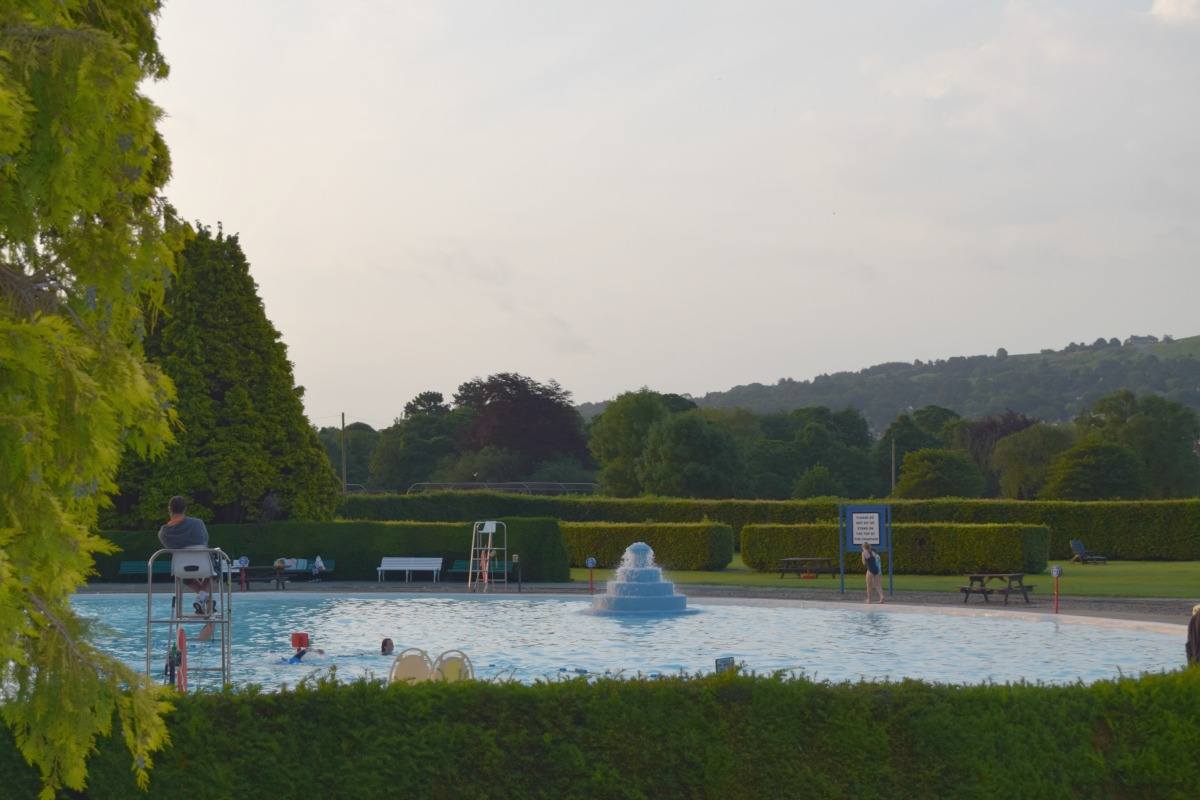 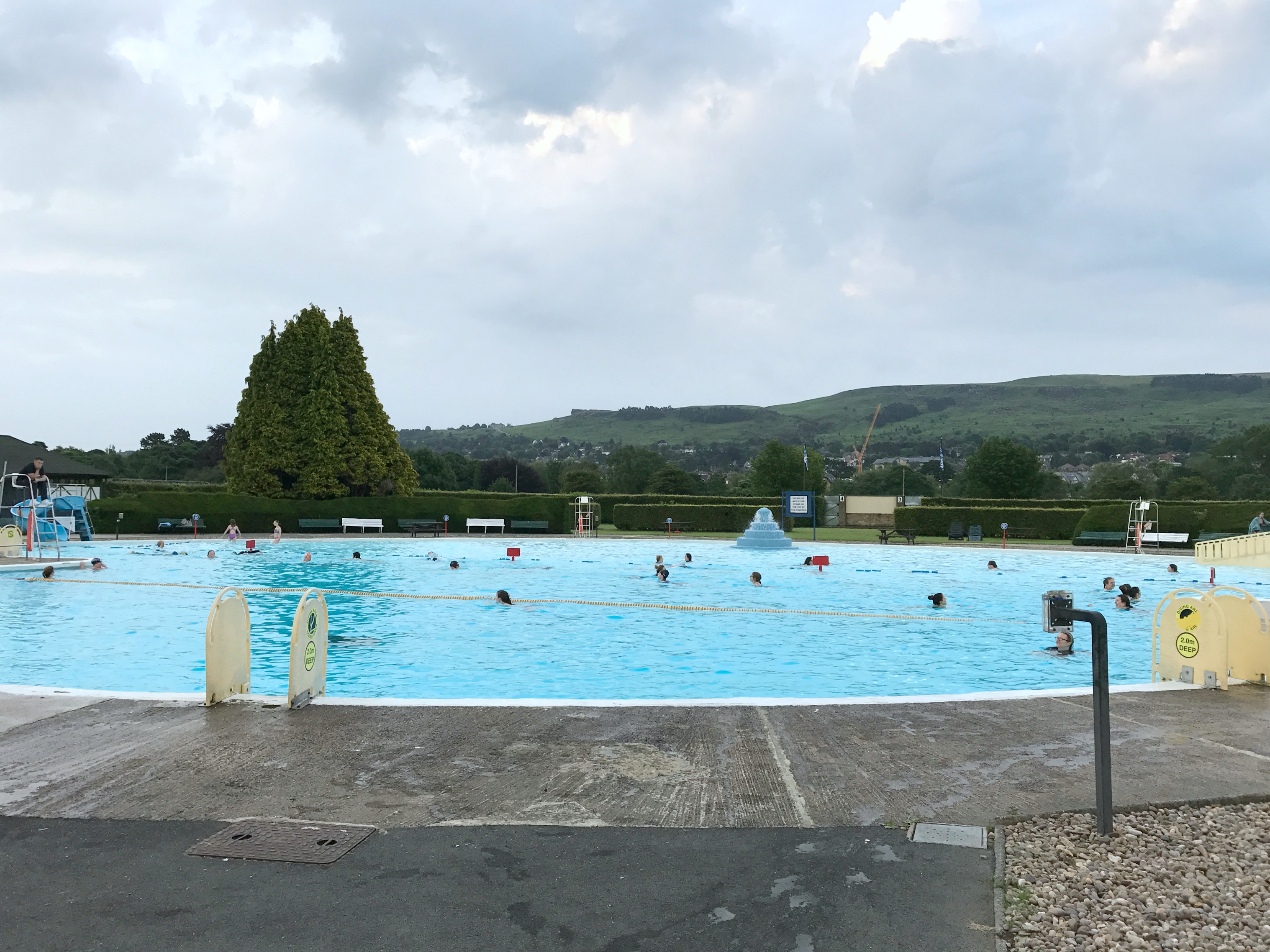 I found it refreshing, not half as freezing as I had anticipated (I was later told the water was a ‘tepid’ 20 degrees) picturesque and fun. We stayed long enough to do several lengths before getting out, taking a few photos and getting warm and dry once more.

The cafe building on the grass was open, but we skipped buying breakfast out in favour of heading home for a warm shower and a strong coffee.

We did it! We did it and it was fun! I was raring to go when I got home, refreshed, pretty hangover-free and on it for the day.

Sam, my eight-year-old, could barely believe I’d done it, saying that was the kind of thing he would do, not me!

I think next time the sun comes out I’ll be the first to ask if we can go to the lido, and I’ll definitely be the first in the water. 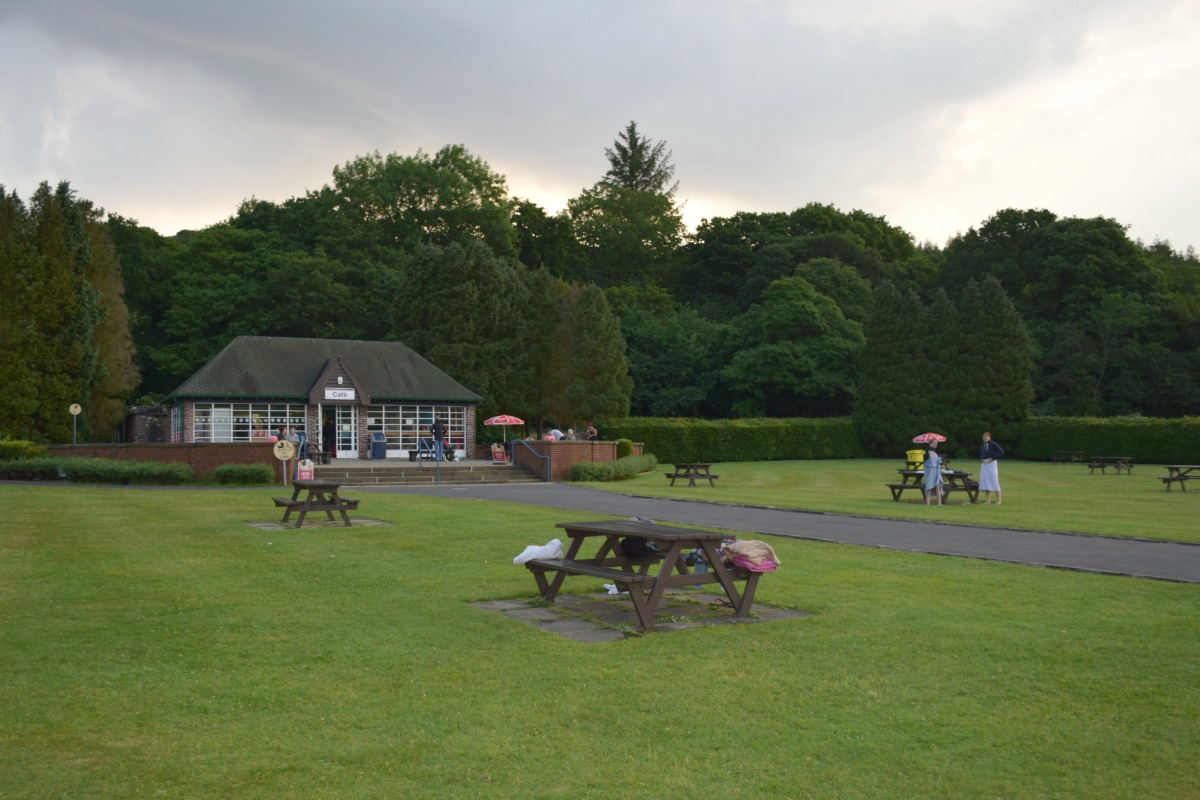 *”Water is an important part of the Midsummer pagan ritual. Like in times past we will swim in waters, flowing toward the rising sun as it climbs in the Summer Solstice morning sky. This is healing, cleansing and protective.” 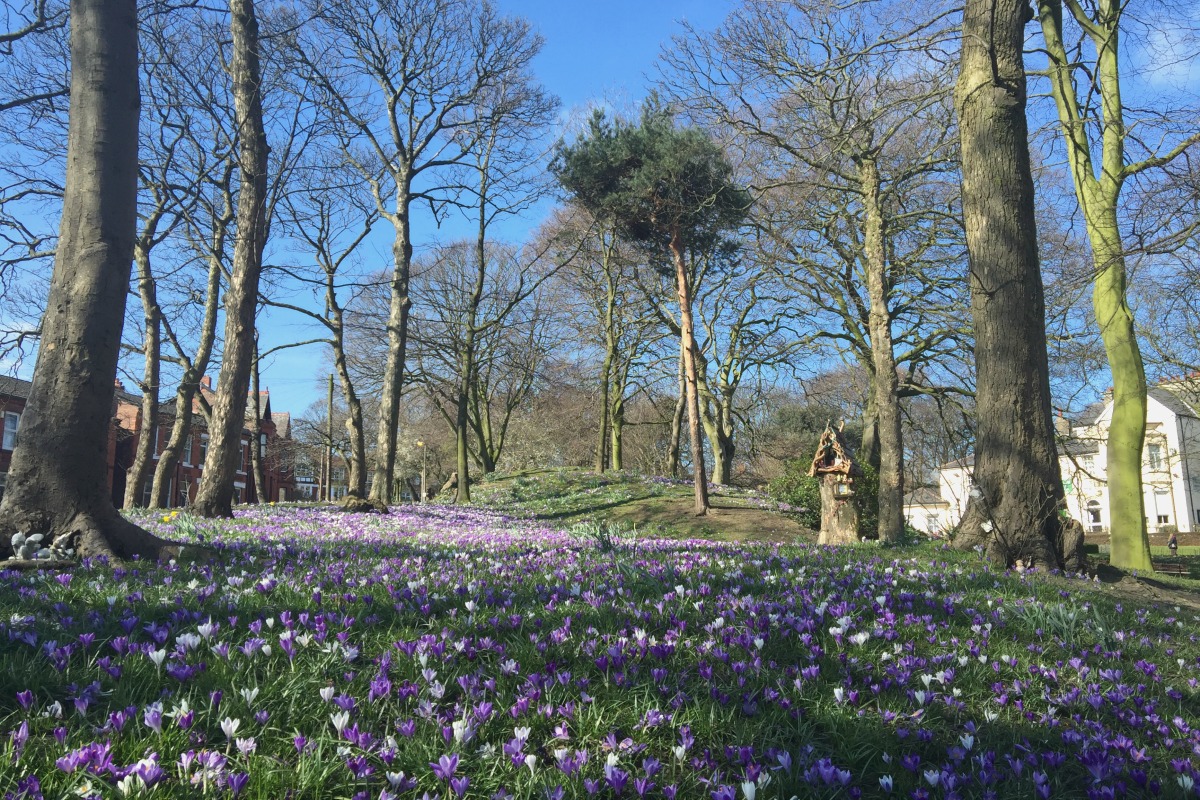 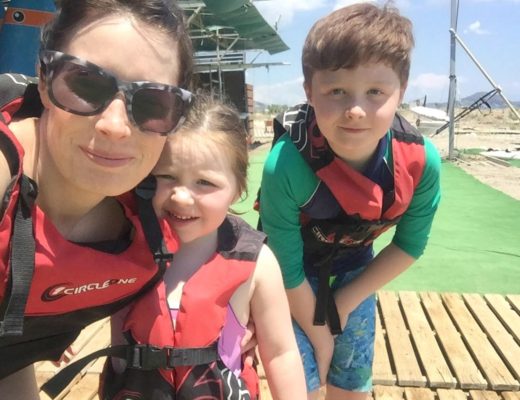 A while ago I wrote about my ten travel essentials and it won me a place as an ambassador for...