At the beginning of the month I ran the Great Birmingham 10k with a dedicated team of work colleagues known as the Substandards, in memory of our much-loved colleague and of course my husband, Roger.

I thought it was about time I updated you on how it went, as so many of you were kind enough to sponsor us and we all turned up, ran and finished! As I write this, our total raised for Wirral St John’s Hospice stands at an amazing £3,395 and is growing each day.

I feel so proud that we have raised so much for the place that cared so well for Rog in his last months. They cared not only for him, but for our whole family and some of the staff became really good friends of ours.

Without that support, I know last summer would have been a whole lot more painful and I like to think we can give something back in Roger’s name. 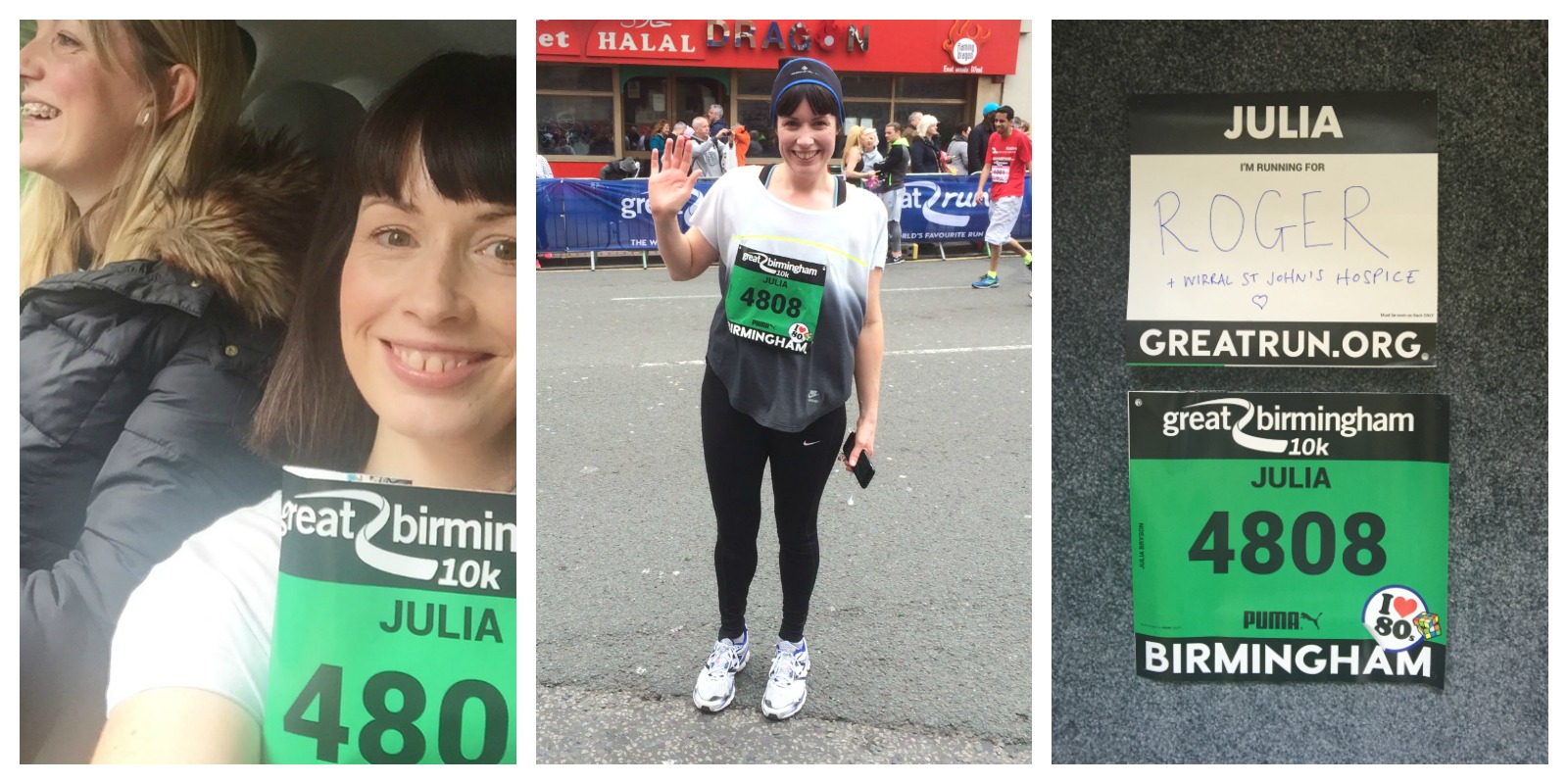 Anyway, back to the running. If you read my post about how our training was going you might remember that not everyone was preparing in the same way – let’s just say some of us were taking it easier than others, training like journalists as it were, the only way we know how. I think that might just have involved limbering up with a bowl of pasta and a glass of wine the night before?

Joking aside, we did have some serious runners who whizzed round the course about the 46/47 minute mark; most were like me, who had trained for a few months before and were focused on running round in a decent time; and others were just wanting to finish at whatever pace was right for them.

I managed a time of 1hr 3mins, a good three minutes under my fastest 10k time, but still a little bit longer than my phone app told me I’d run it in! Map My Run had me doing a 10k in 59 minutes but measured the course at 10.5k, so sadly I think I should go with the longer, official time. 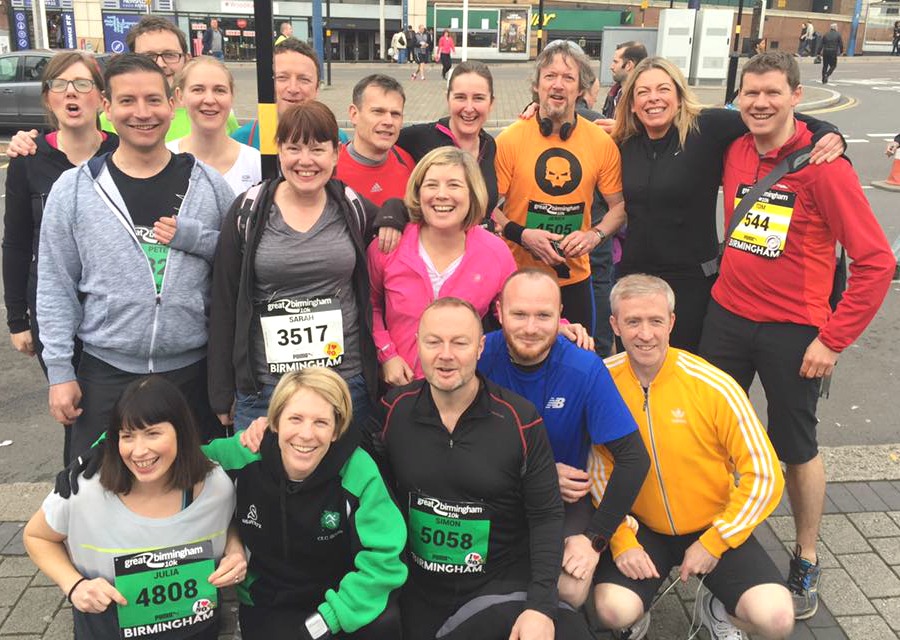 It was such a buzz to finish though and I loved running with so many people for such a good cause. The event attracted a good mix of people, from club runners to beginners to those dressed as gingerbread men and sweating it out in Santa suits.

As my friend pointed out, it’s always reassuring to see people in fancy dress so you know it’s not going to be too hardcore. Maybe if they’d know the last 2k of the course was pretty much all uphill they would have stuck to a tutu!

As I live quite a few miles away from Birmingham, I stayed with my good friend Clare before and after the race. It was a lovely way of catching up with her as well as eking out the weekend into a mini-break. The lengths we will go to for some child-free time… maybe I will sign up for the Great North Run after all?

Clare joined us all in the pub afterwards for a few shandies and some team talk. It was so good to see everyone that weekend, I’ve worked at the BBC for a while now and we are a pretty tight-knit team. I know I’m not the only one who can’t believe Rog has gone.

You can hear from the Substandards in this video above, which one of our team members and social media man BBC News England, Doug, made on the day. It was using the new Facebook live streaming feature and a selfie stick – I reckon he’s made for a presenting role, don’t you?

Thanks again to everyone who sponsored us, and if you haven’t yet and would like to you can click to our Just Giving page here.

Previous Story
Making a doll bag and wallet from tape
Next Story
Lavender tea, Styling the Seasons in May 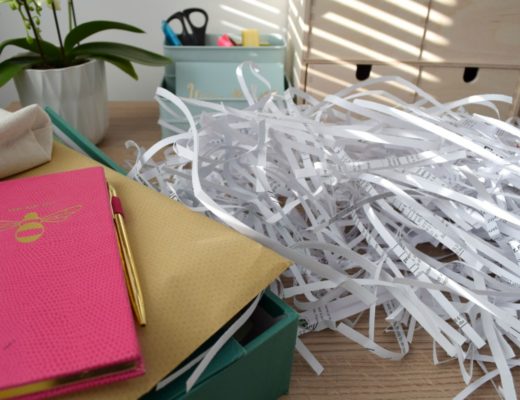 I'm all for a craft idea that is quick and easy to do, even more so one that doesn't involve...