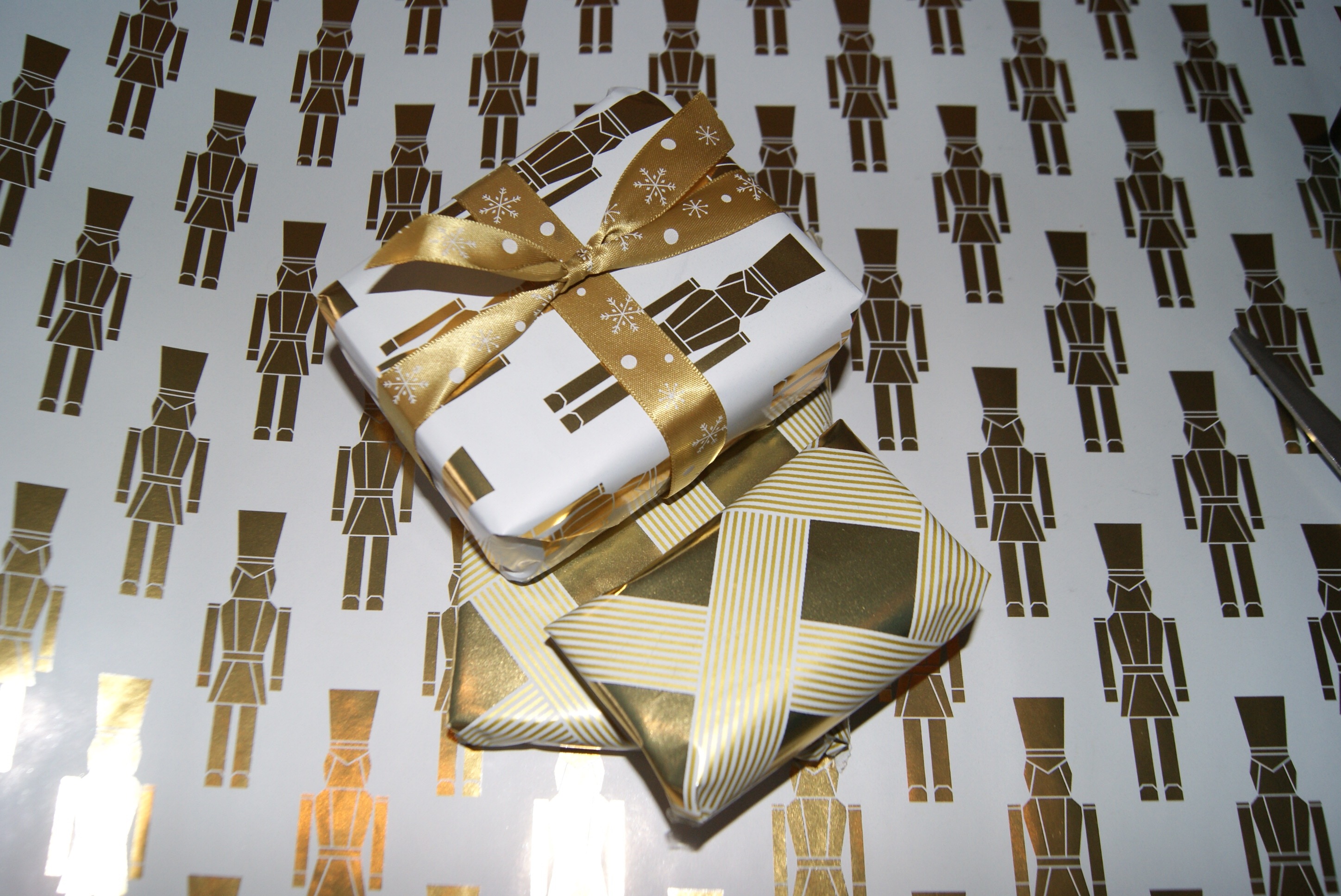 Over the past month, I’ve been asked to take part in three different Secret Santa present-giving missions. I said yes to all three, of course, because the bar was set quite low – the first two you had a spending limit of a fiver, and the third, to be done at the work Christmas party, was only a pound! I have to say, sticking to a present limit of a quid was pretty funny, and some of the gifts that were given were quite special for such a small budget. To give you some idea of what was given, there were things like a Pez sweet dispenser in the shape of a unicorn (magic), a pair of thermal gloves (Home Bargain’s finest), and a miniature radio (Poundland!).

The other two, for five pounds each, were between some of my blogging buddies, who I’ve been lucky enough to get to know over the past six months or so. One of them I can’t write about, as it’s secret until after Christmas, but because it’s for someone who I don’t think actually knows me, I’ll let you into a secret – it was a miniature bottle of Hendricks gin, which I blew the full £5 budget on in Harvey Nicks. Phew! Now I’ve confessed to that, I hope my other Secret Santa receiver isn’t going to be sobbing into her laptop now she’s learnt she’s missed out on the booze. 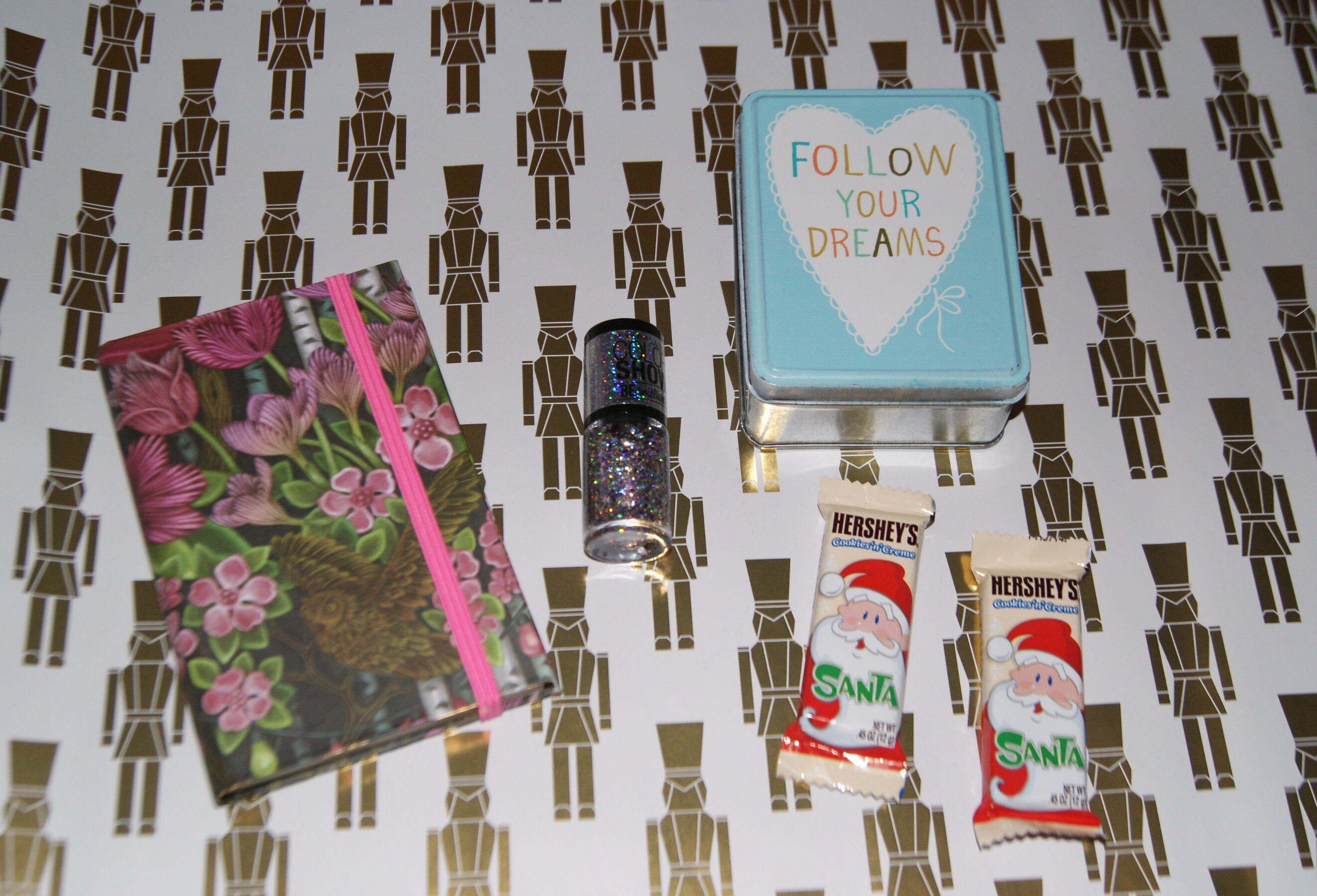 This final one wasn’t so much a Secret Santa as a not-so-secret Santa, as I was paired up with another blogger and we bought for each other. So as a regular reader of Lucy’s blog Mrs H’s Favourite Things, I had a few ideas of the kinds of things she likes. My first thought was stationery, as she’s posted about her love of notebooks a few times and I know you can never have too many. Especially if they’ve got owls on. After the notebook, I still had £4 to play with, so went for another of her favourite things, nail varnish. I’ve been eyeing up these glitter polishes for a while, they’re perfect for a quick bit of Christmas glam, and having tried a sneaky bit on in the shop, I can vouch for them looking ever so slightly like you’ve painted your nails with glitter glue, a good look for a mum to a toddler who loves a bit of art and craft! Let’s hope Little Miss H likes it on her mum too! Next, I found this gorgeous little tin with the slogan Follow Your Dreams, which I think will remind Mrs H to do just that. All topped off with some Christmas Hershey bars. Yum! I hope she likes it! 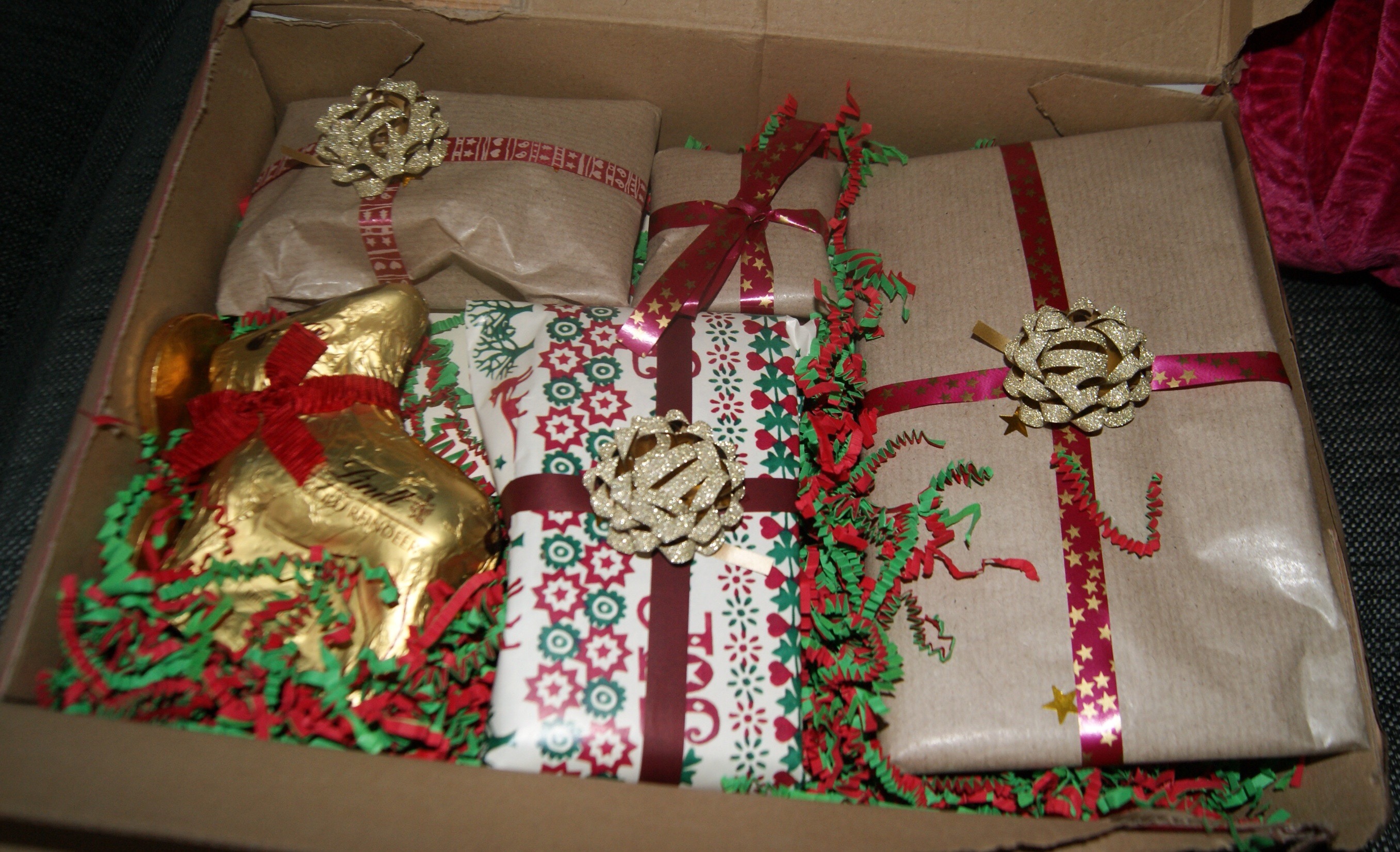 I received my gift from Mrs H yesterday, and as the rules of this not-so-Secret-Santa are that we can open our gifts to write about them, I got the package open straight away. Fab wrapping! I loved all the ribbons, and the festive red and green packing underneath. At this point I’m thinking mine looks a bit small compared to all the goodies I received. Present angst kicking in! I think Lucy knows me pretty well, as I love baths and anything with lavender in, so these gorgeous relaxing bath tea bags are very welcome. Even though I’m full of cold I can smell them through the packet, and can’t wait to give them a go. Secondly, I love chocolate, so was very happy with my Lindt chocolate reindeer, chocolate coins, and chocolate fudge! At this point I should say the fudge didn’t make the photos, as it was raided by my son, husband, and well, me! Then a lovely handmade gift, a tree decoration made I think from salt dough, which I tried the other week but this one looks far superior to mine! The last thing I opened was this fun sign, which says Don’t Get Your Tinsel In A Tangle. Love it! Thanks Mrs H! All topped off with this fabulous home made card. Perfect. I am a lucky girl. Hurray for Secret Santa! 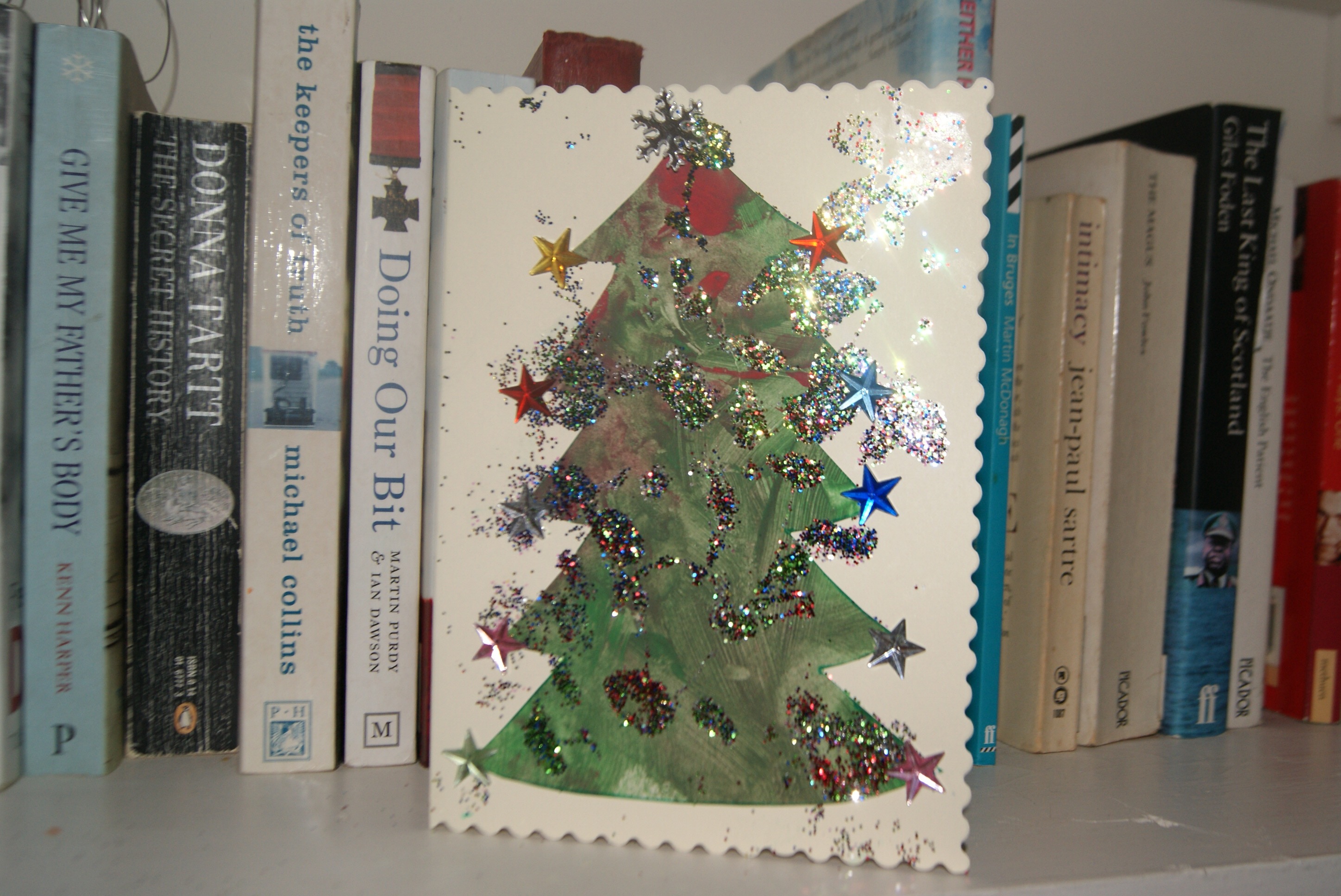 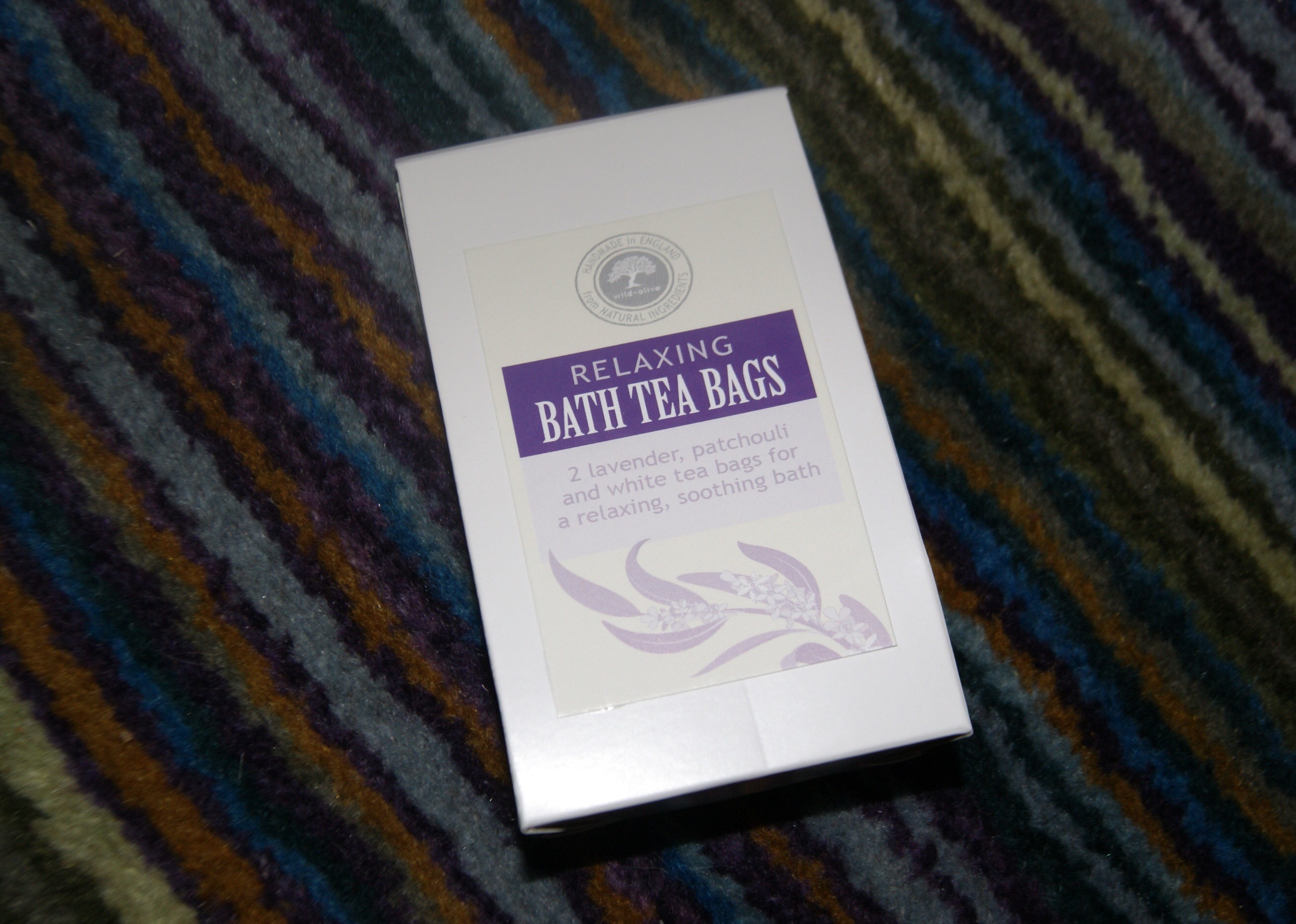 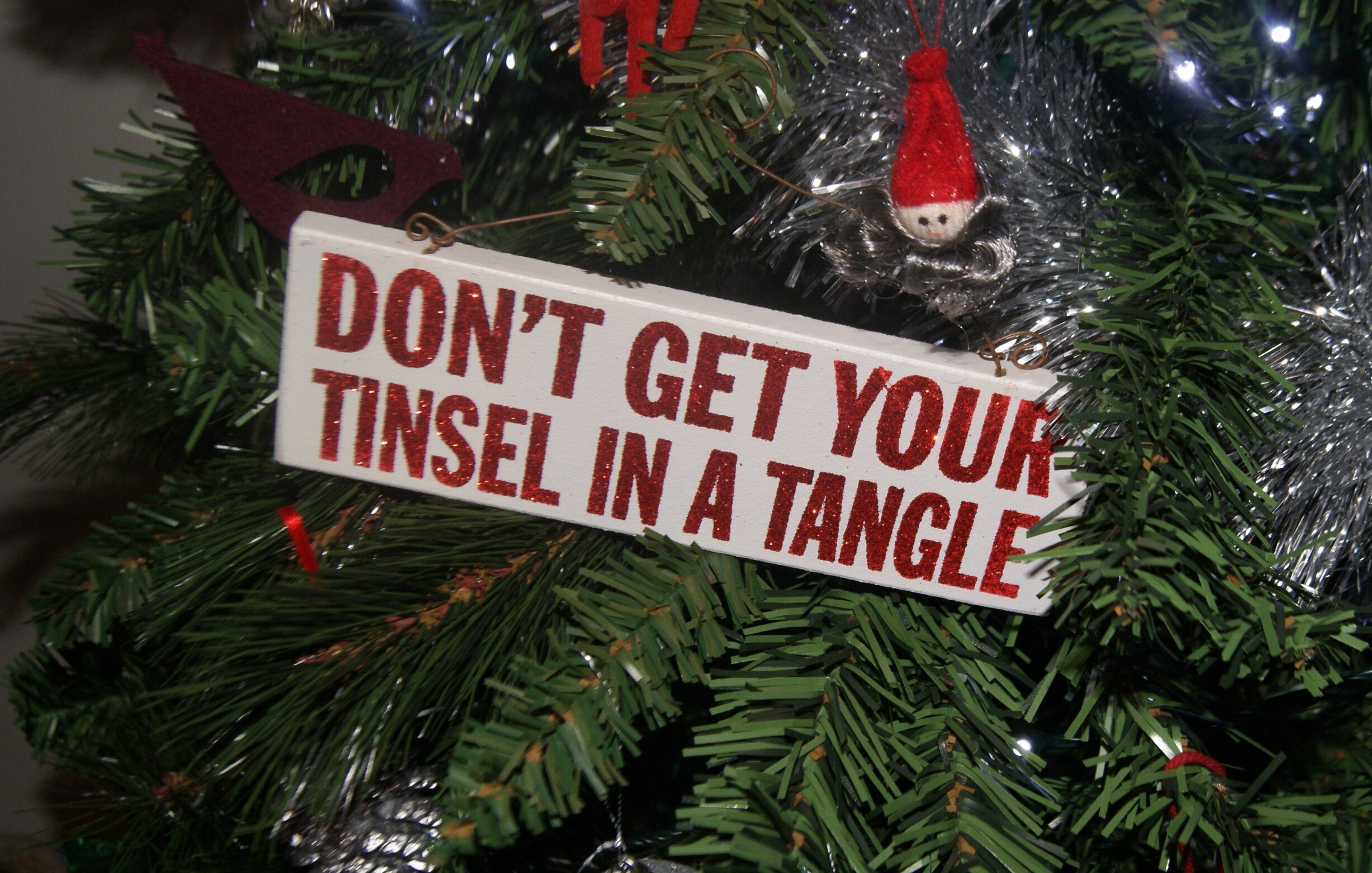 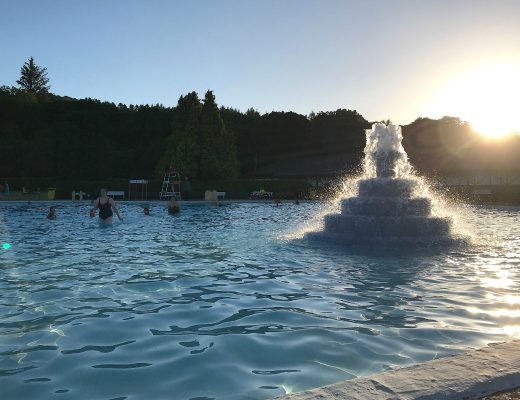 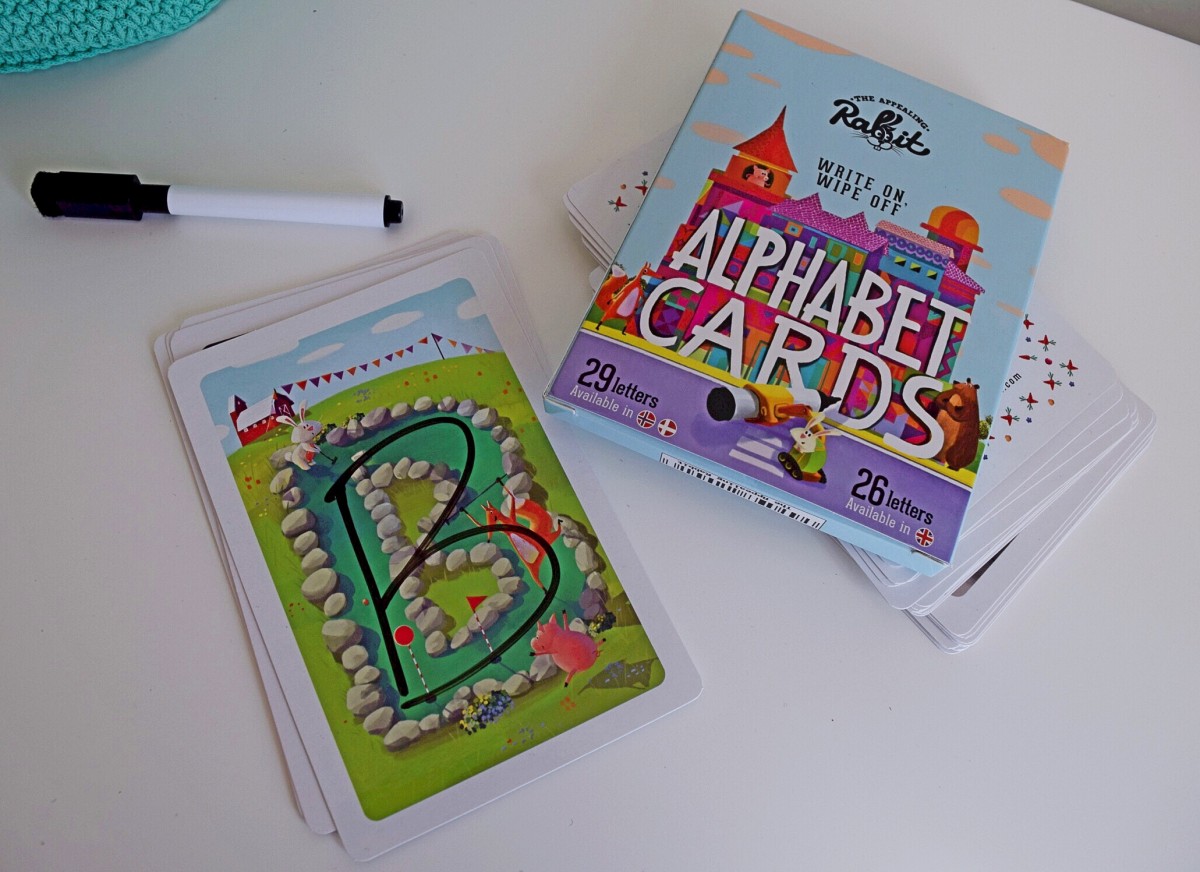 Alphabet Cards from The Appealing Rabbit

When you’re not feeling festive